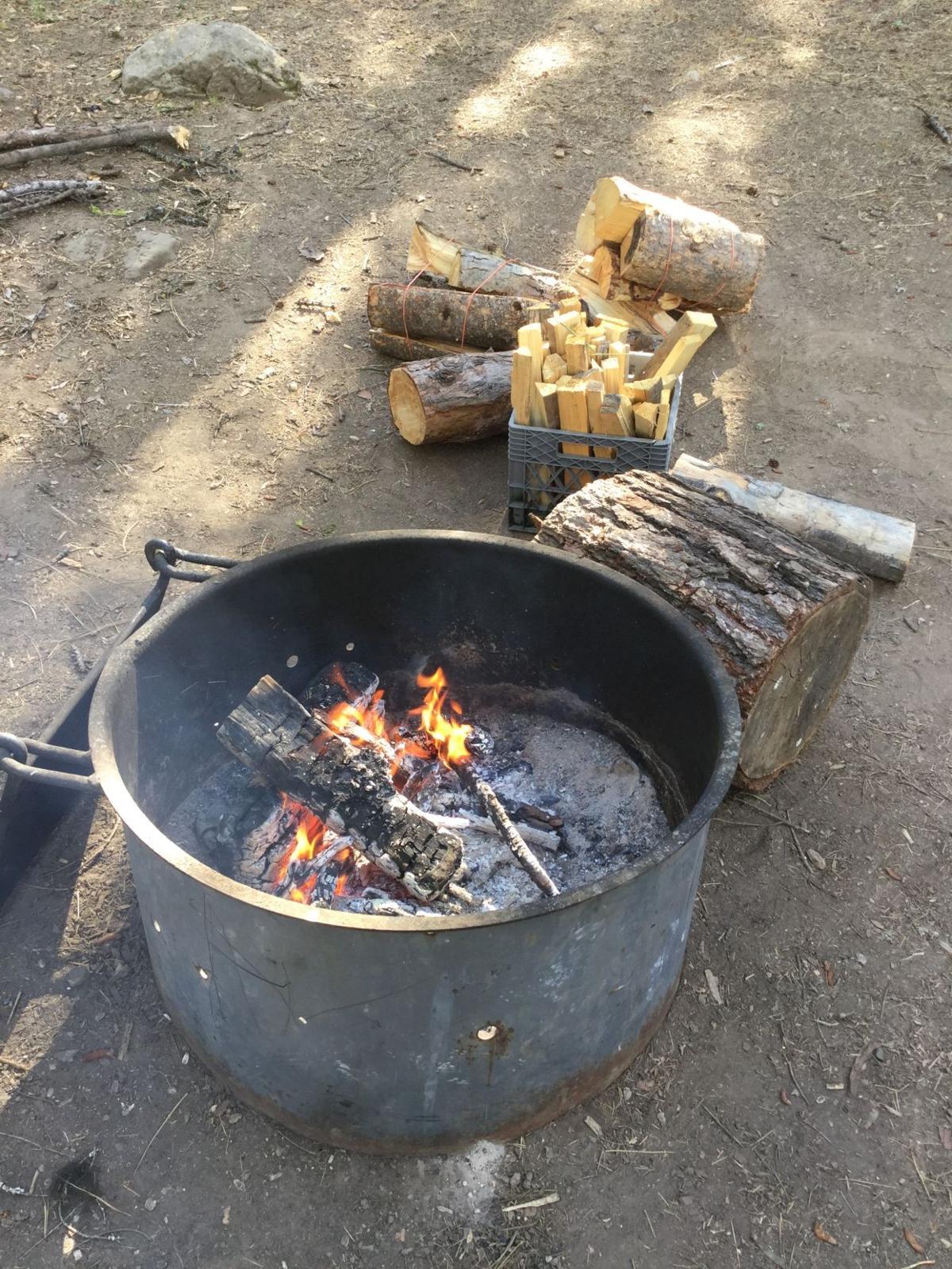 Human-caused fires are on the rise as more people spend time in the outdoors during the COVID-19 pandemic. 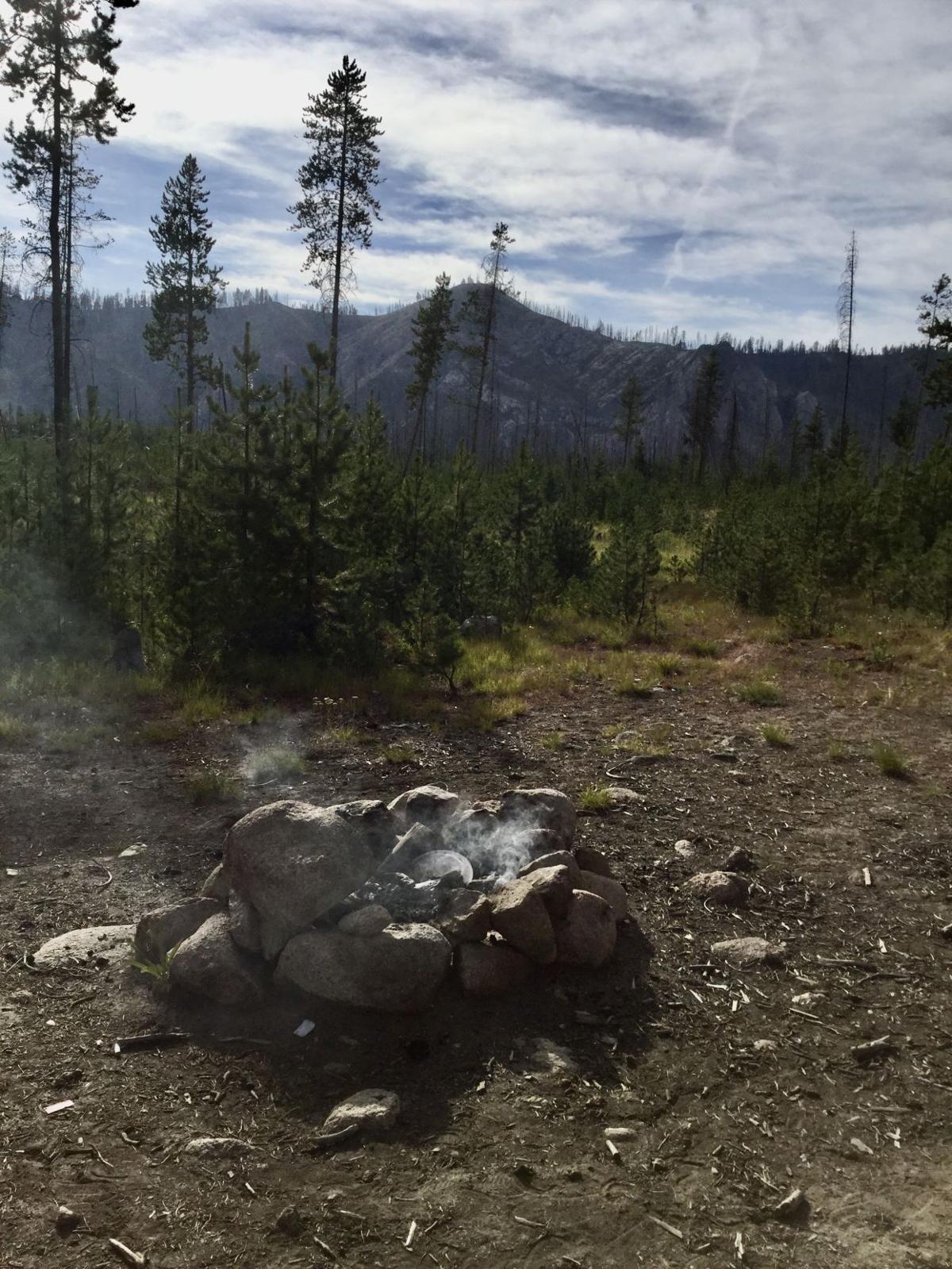 The organizations that manage public lands in Idaho are urging visitors to practice fire safety.

Human-caused fires are on the rise as more people spend time in the outdoors during the COVID-19 pandemic.

The organizations that manage public lands in Idaho are urging visitors to practice fire safety.

In a summer of social distancing and COVID-19-related stress, many have flocked to Idaho’s public lands seeking an escape. This, combined with significant population growth, has led to crowds the likes of which Idaho land officials have never seen before.

“The numbers we’re seeing in the woods are just like somebody had said, ‘It’s the fourth of July every weekend,’” Boise National Forest Public Affairs Staff Officer Venetia Gempler said.

While public officials want people to enjoy public lands—Gov. Brad Little has explicitly told Idahoans to visit the great outdoors during the pandemic—this increased use has led to more problems with human-caused fires. After a wet spring and early summer enabled more grassland growth before a dry July and August, Idaho is at high risk for wildfires, making the problems with human-caused fires especially alarming to officials.

As of Aug. 6, 75% of fires on Bureau of Land Management lands were human-caused. According to BLM State Fire Mitigation and Education Specialist Tyler McCowan, this is approximately a 15% increase over what BLM has seen in previous years.

Predictive Services is a government agency formed to assess fire weather, the amount of existing fire danger and fuels, and firefighting resource status across the country. According to Newmerzhycky, right now the Snake River Plain is especially fire-prone due to carryover fuel from the 2018-2019 winter, as well as the increased moisture Idaho experienced during this spring and early summer. These grass-type fuels tend to dry out quickly, making them perfect tinder for the beginning of fire season.

But mounting instances of reckless behavior during a time of increased wildfire potential is not the only challenge firefighters face. According to Idaho Department of Lands Policy and Communications Chief Scott Phillips, COVID-19 is not just a driver of getting people into the mountains where they might start a fire—it also plays a factor in how IDL teams can fight the fires caused.

Phillips said the firefighting teams have taken several precautions in addition to social distancing and wearing masks. The incident command post set up at each fire is placed away from communities near where the fire is active and firefighters are now fed to-go meals instead of buffet-style. Additionally, crews are split up into modules of anywhere from three to 20 people, which are isolated from each other to limit person-to-person contact. If a firefighter tests positive for COVID-19, they are demobilized from the fire, as are the crew members that were in immediate contact with the firefighter.

“It’s challenging, but it’s a challenge that we are prepared to face. We were not caught flat-footed by this,” Phillips said. “We anticipated that COVID would provide complications to firefighting and I cannot speak highly enough of the men and the women in the field who are doing the job.”

In response to these increased risks and complications, McCowan, Gempler, Phillips and Newmerzhycky all said the best thing the public can do to prevent wildfire spread is to recreate responsibly. This means that in addition to packing out garbage and waste, visitors must practice basic fire safety behaviors. According to Idaho Department of Lands Fire Management Chief Joshua Harvey, prior to Aug. 5, Idaho’s wildfires were almost exclusively human-caused, but now the season is moving into a time when lightning is the most common ignitor. However, campers and recreators should not let up on being cautious because human-caused fires can still happen and are usually harder to fight.

McCowan said people recreating in lower-elevation areas should take care to make sure their vehicles aren’t spreading sparks. If people are shooting firearms on BLM lands, they should make sure the place they are at is free of vegetation and they aren’t using steel-core ammunition. Phillips said people pulling campers or trailers should make sure their chains aren’t touching the ground and causing sparks. Public land users should be prepared with tools like a fire extinguisher, water and a shovel in case a fire does accidentally ignite.

But the grass and brushlands aren’t the only areas in fire danger: Higher elevation areas of forests are under watch, too.

“Because of the cool, wet period we had late-spring, early-summer where things were much quieter than normal, it’s easy to get complacent,” Newmerzhycky said. “But now that we are in a multi-week pattern of extreme warming and drying, we have to remember how quickly things can change that go from benign or low-end fire conditions to possibly extreme, large-fire potential.”

According to Newmerzhycky, four weeks of consistently dry and hot weather, combined with dead trees, slash debris and bug kill, have made the forests—which usually take much longer to dry out than the grasslands—also ripe to burn. Gempler said although the majority of fires currently burning on Forest Service land are lightning-caused, people need to take extra care their fires are cold to the touch before leaving the area because as weather warms up and high winds move in, embers can easily be picked up and carried away to start another fire. Newmerzhycky agreed.

“If you want it to be there next year, and not be a scarred, 10,000-acre, black, burnt ash,” Newmerzhycky said, “then just be as careful about putting out your campfire as you would be making sure that your oven and everything else is off when you go and leave your house for a long, extended vacation.”

According to a Predictive Services report, the state’s fire danger status won’t dip back down to normal levels until October.