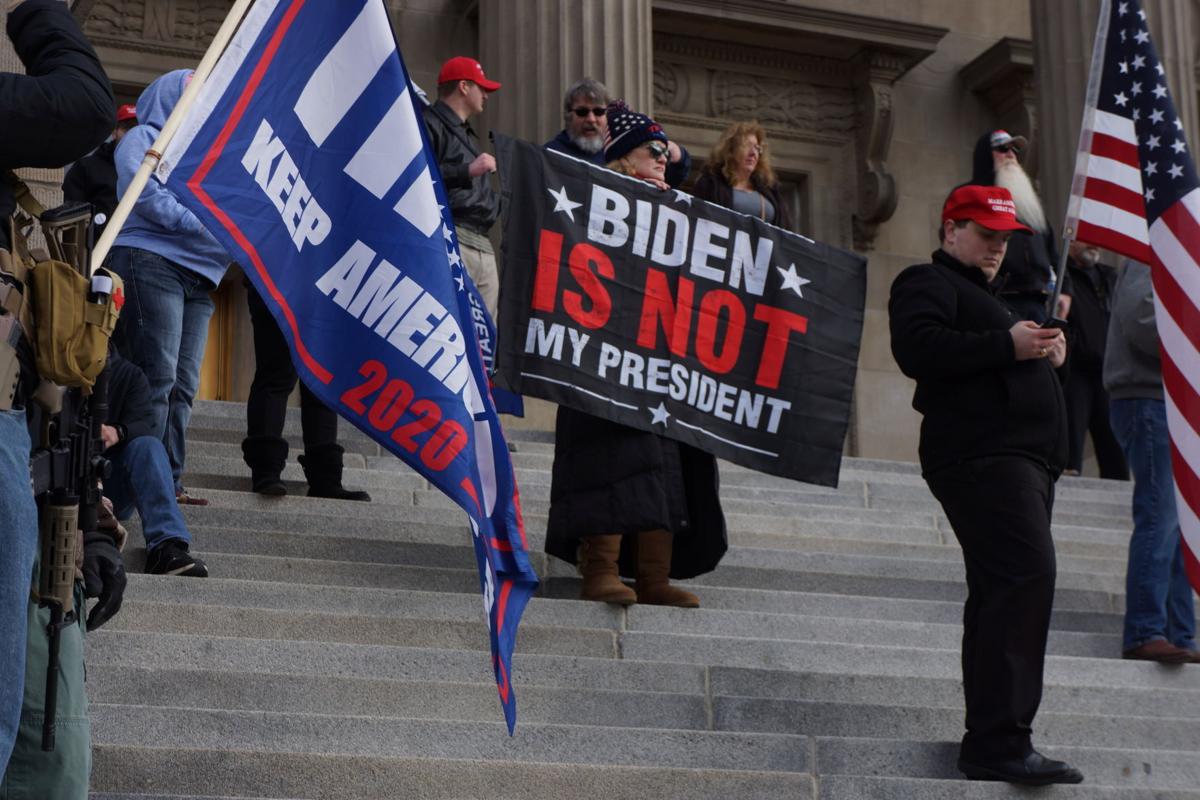 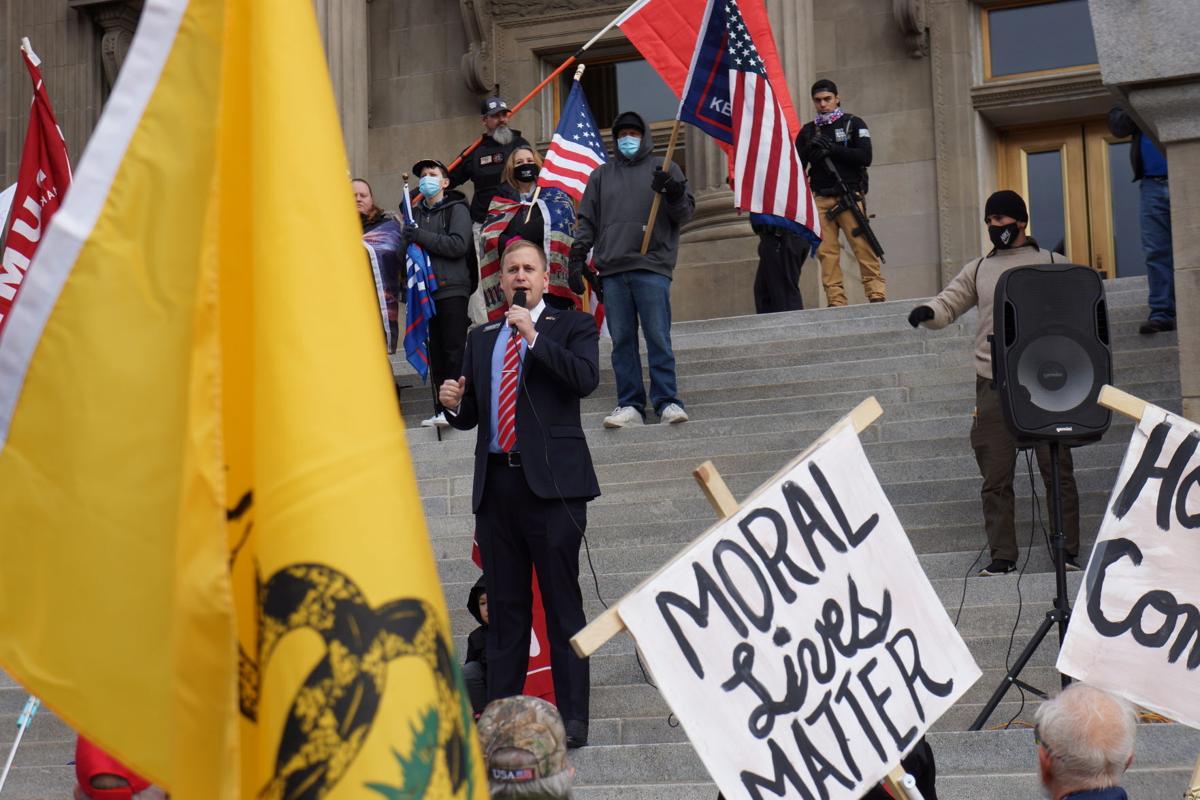 Rep. Aaron von Ehlinger criticized the media while speaking at a pro-Trump rally on Jan. 6.

Rep. Aaron von Ehlinger criticized the media while speaking at a pro-Trump rally on Jan. 6.

Standing amid a forest of American, Gadsden and Trump 2020 flags on the steps of the Idaho State Capitol, the emcee, Trina Westberg of the Trump booster group MAGA Girls, made a direct plea to one of the few remaining people she believed could keep President Donald Trump in office.

Trina referred to a theory popular among Trump’s supporters that on Jan. 6—the day of the rally—Mike Pence could block certification of the 2020 election results, effectively handing the election to the lame duck president. Just minutes later, The New York Times reported that Pence had rejected that plea, saying he lacked the legal authority. That move may have triggered thousands of pro-Trump insurrectionists to bust past the barricades in front of the U.S. Capitol, halting the certification process.

MAGA rallies were common throughout 2020, but after the national election in November in which Trump was defeated in the popular vote and the electoral college, they took on an increasingly embattled tone, with attendees claiming the election had been stolen, Republicans had sold out the leader of their party and Democrats were involved in a widespread conspiracy.

That tone was as strident as ever on Jan. 6, as speakers at the podium railed against politicians, Black Lives Matter, ANTIFA, the media and others to a crowd of a few hundred.

“I will never forget—I will never forgive—the traitors who stole this election,” said Rep. Aaron von Ehlinger, who added that members of the media are “disgusting. They are traitors and we need to stand up to them.”

Looming large at the rally were the ongoing events of the last several days. A runoff Senate election in Georgia on Jan. 5 resulted in the election of Democrat Raphael Warnock and the likely victory of Democrat John Ossoff though that race had not yet been called. The stakes were high—if Ossoff wins his seat, it would pave the way for Democrats to take control of the Senate—but closer to the MAGA rally’s heart was the certification of the results of the 2020 election, with Westberg telling the crowd that Congress faced a choice it did not actually have between officially certifying Joe Biden as the incoming president of the United States and throwing out the election results.

“They’re either going to do the right thing in join session today or they’re not,” she said.