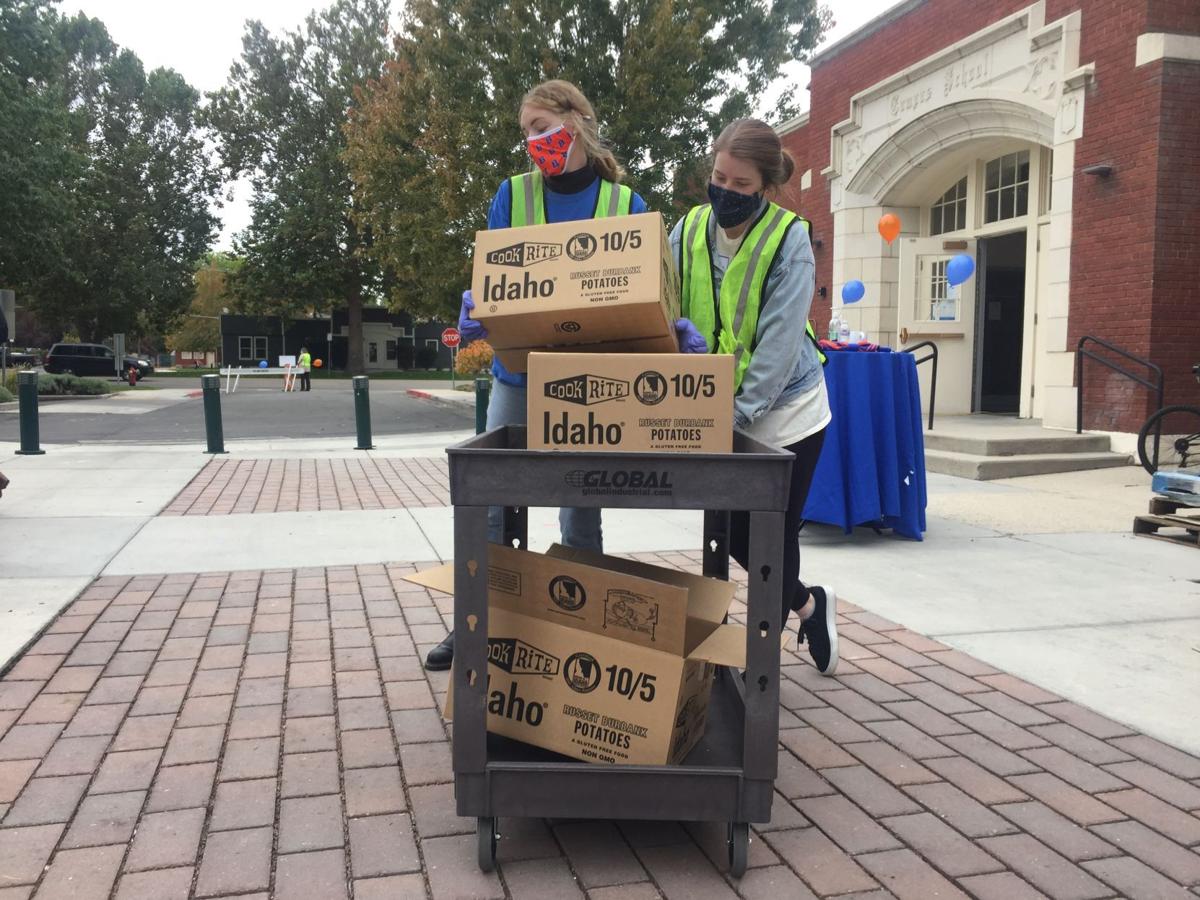 Students at Boise State University distribute boxes of nonperishable items to other students near the campus' new, expanded pantry. 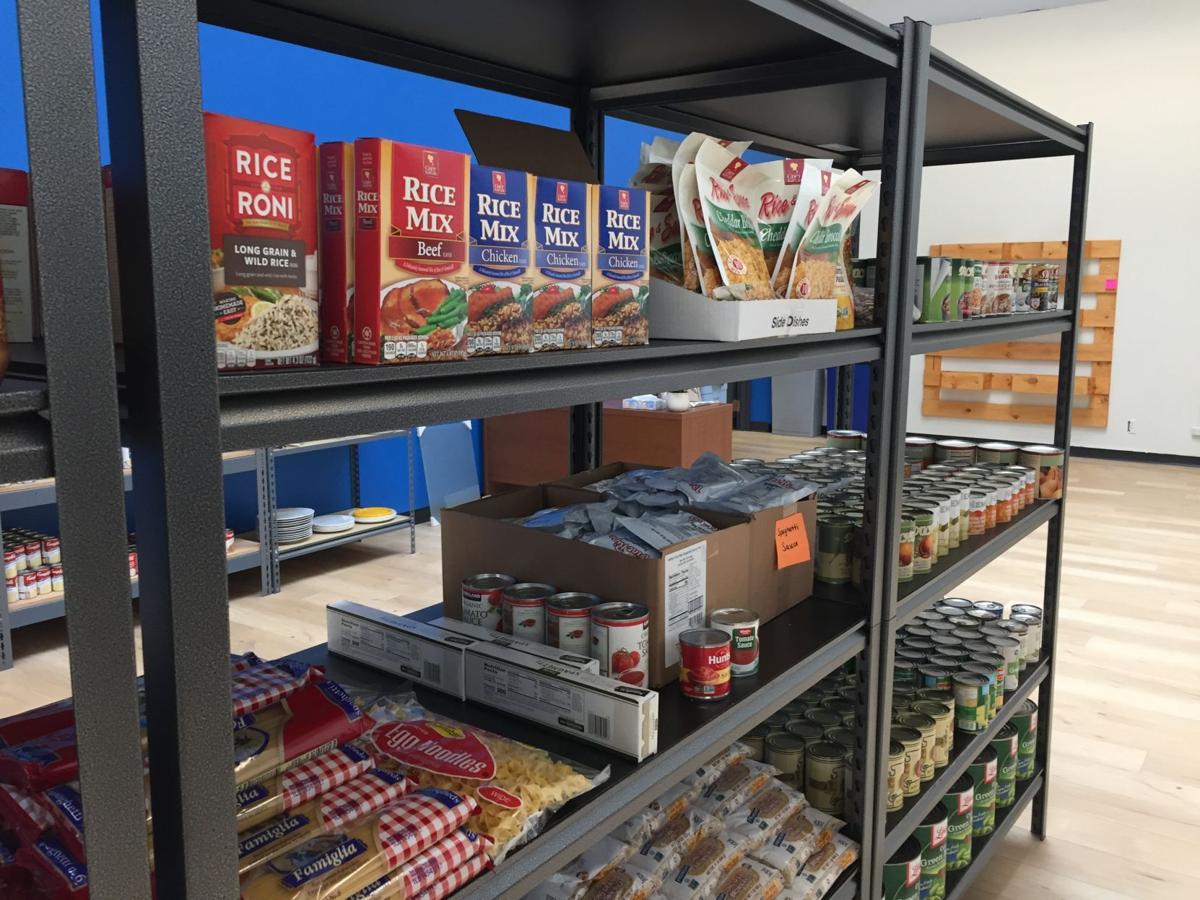 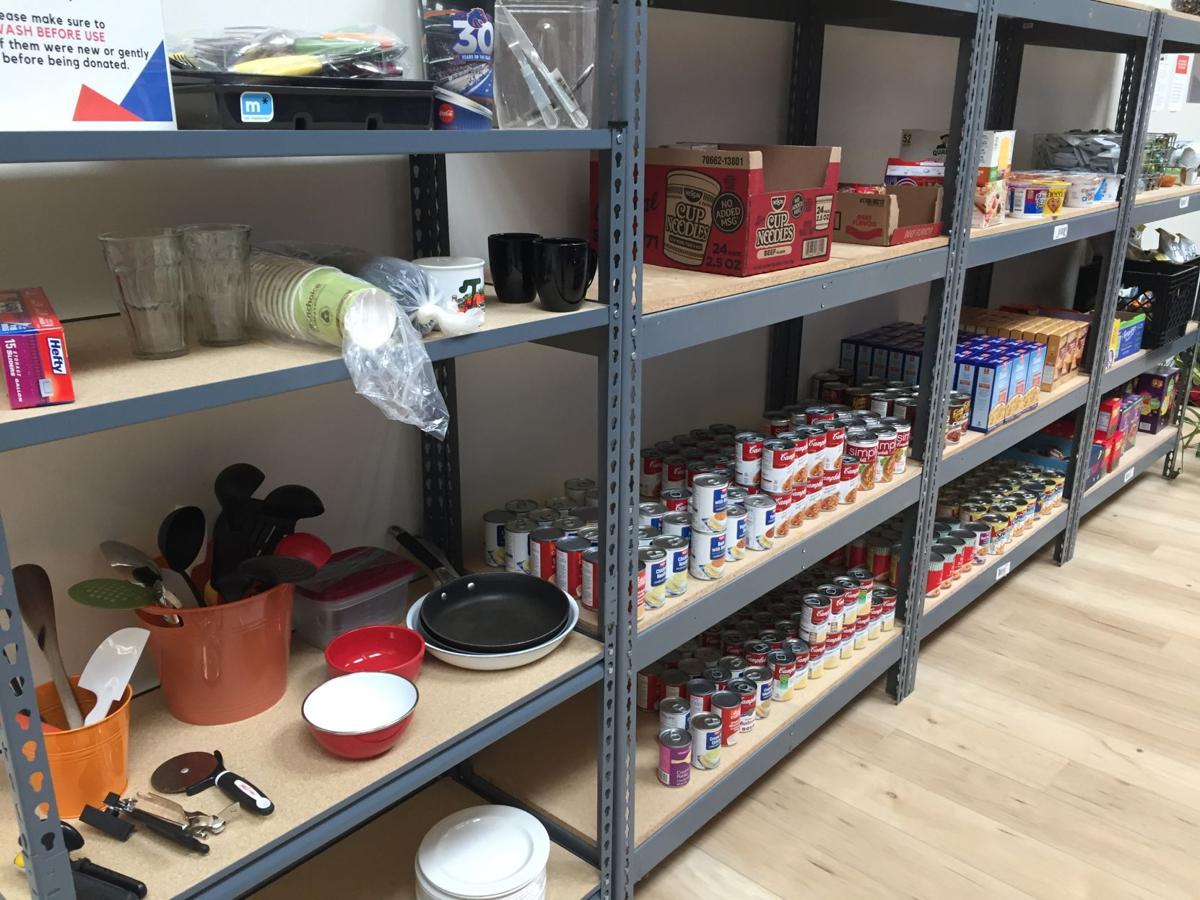 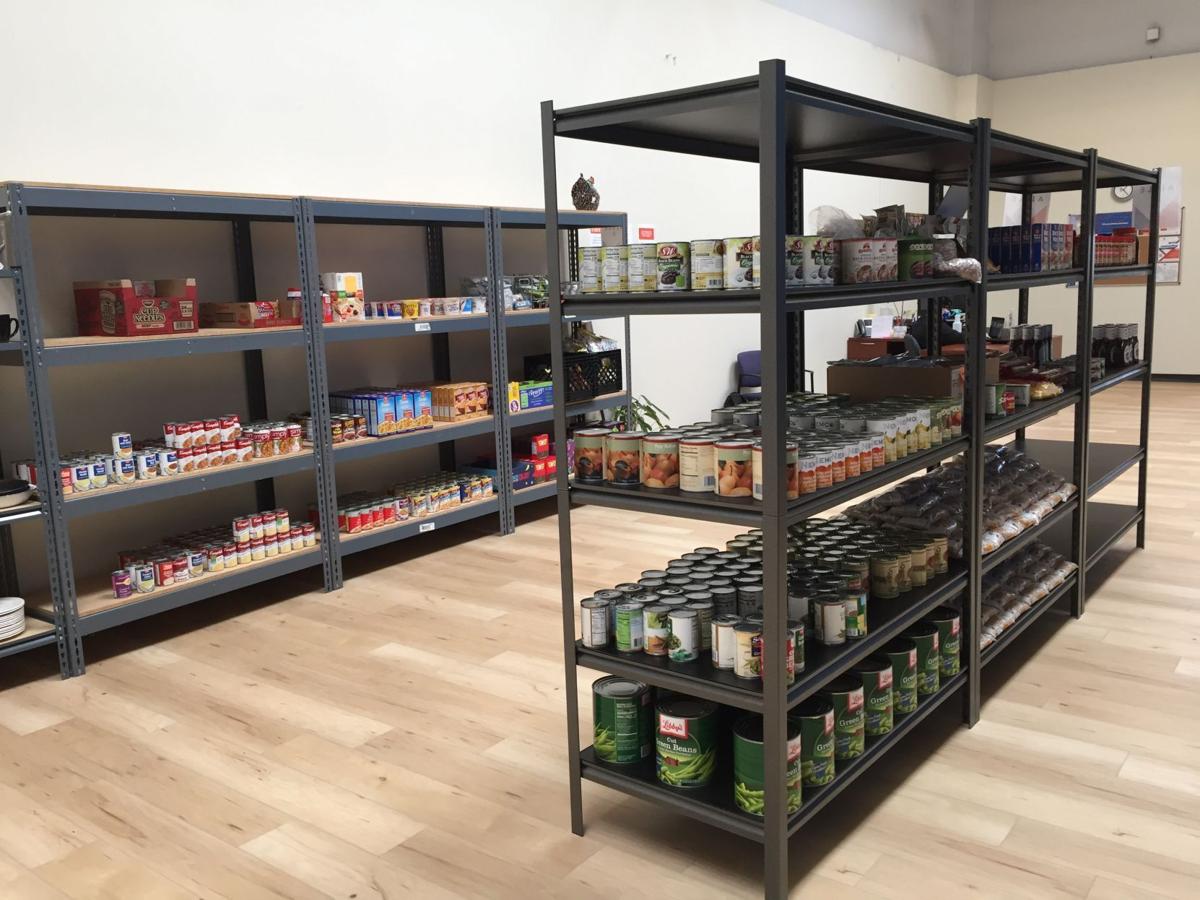 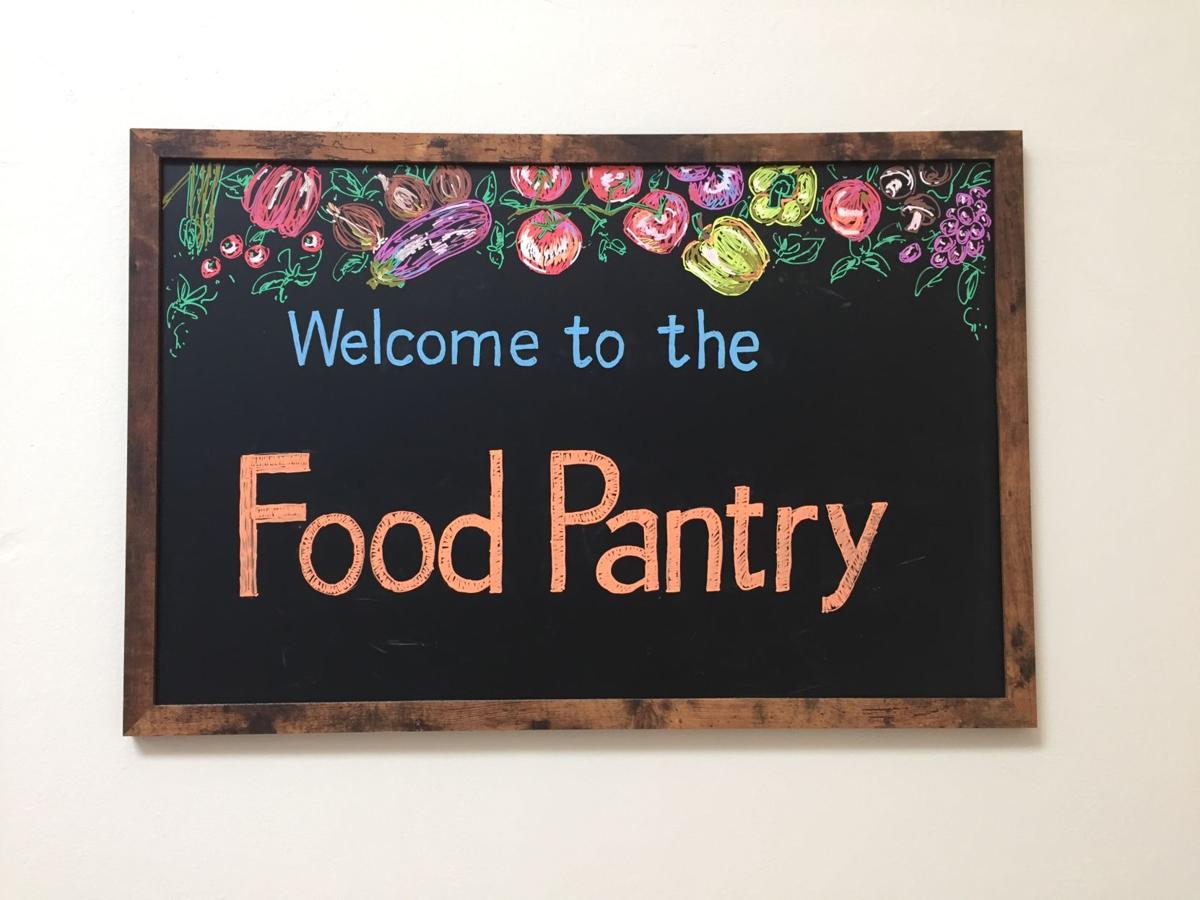 Boise State University has expanded its on-campus food pantry. All students need to enter is their student IDs and a face mask. 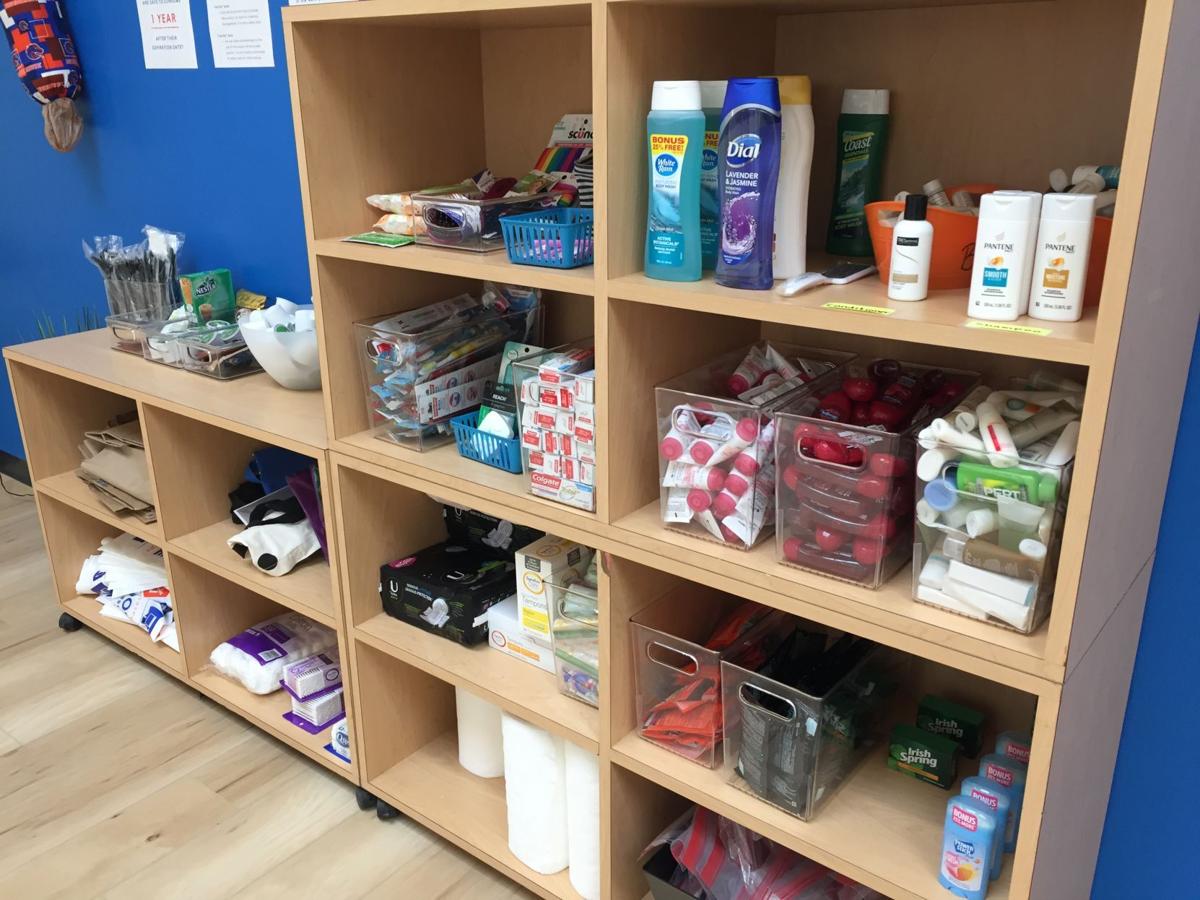 Students at Boise State University distribute boxes of nonperishable items to other students near the campus' new, expanded pantry.

Boise State University has expanded its on-campus food pantry. All students need to enter is their student IDs and a face mask.

The boxes went fast. Just over an hour after the giving began the morning of Oct. 13, just 14 boxes of food being distributed to students at Boise State University via the Idaho Foodbank remained.

“The biggest change I’ve seen [in student behavior toward food insecurity since the beginning of the COVID-19 pandemic] has been eliminating stigma,” said Operations and Sustainability Coordinator for the newly expanded Campus Food Pantry and Boise State senior Emily Hester, who has been with the pantry effort for two years, and has been its OSC since January. “We’ve been told it’s not OK to ask for help.”

That much, however, may be beginning to change. The food boxes contained nonperishables like cereal, canned food and nutrition bars, and a steady stream of students arrived to haul them away. A few of them explored the nearby pantry (located at Campus School, Room 103), which has been greatly expanded this year, and stocked with even more nonperishables, a few planters ready to be loaded with herbs, essentials like paper towels and toiletries supplied by the giving arm of Albertsons, and even kitchen supplies like bowls, mugs, utensils and pizza cutters.

Student food insecurity is a major problem nationwide. According to the 2018 #RealCollege survey, 36% of students at four-year educational institutions said they were afraid of running out of food, and 38% said they couldn’t afford to eat balanced meals. Statewide, one in nine Idahoans (and one in eight children) were food-insecure; since the pandemic began, that ratio has grown to one in six Idahoans, and one in four children, according to the Idaho Foodbank.

The Idaho Foodbank began operations at Boise State nearly a decade ago, and over the years, it has tried to alleviate the issue of hunger there in several ways, notably with monthly appearances by a mobile pantry. That, said Idaho Foodbank CEO Karen Vauk, didn’t work: Outreach for the program was poor, there was a stigma around receiving food assistance and the monthly visits were not frequent enough for students in need. The new, expanded pantry, she said, will be a much better fit for the community it serves, open Mondays-Fridays, from 8:30 a.m.-5 p.m.

“Over the years, we’ve tried a number of different solutions, and we think this is the one,” she said. “This way, we know the pantry’s easily accessible, easy to find, open.”

The food bank has made big moves in 2020, in part because of demand and in part because of the completion of an enormous new distribution and office facility in Meridian. The pandemic has had a lot to do with it, too: According to Vauk, the food bank has seen a 30% increase in distribution since the beginning of the pandemic, and has bought $1.5 million in food between April and the middle of October—up from a yearly average of $200,000.

The new distribution center has ended the organization’s capacity issues—now, its bottleneck when it comes to meeting the need of hunger is money.