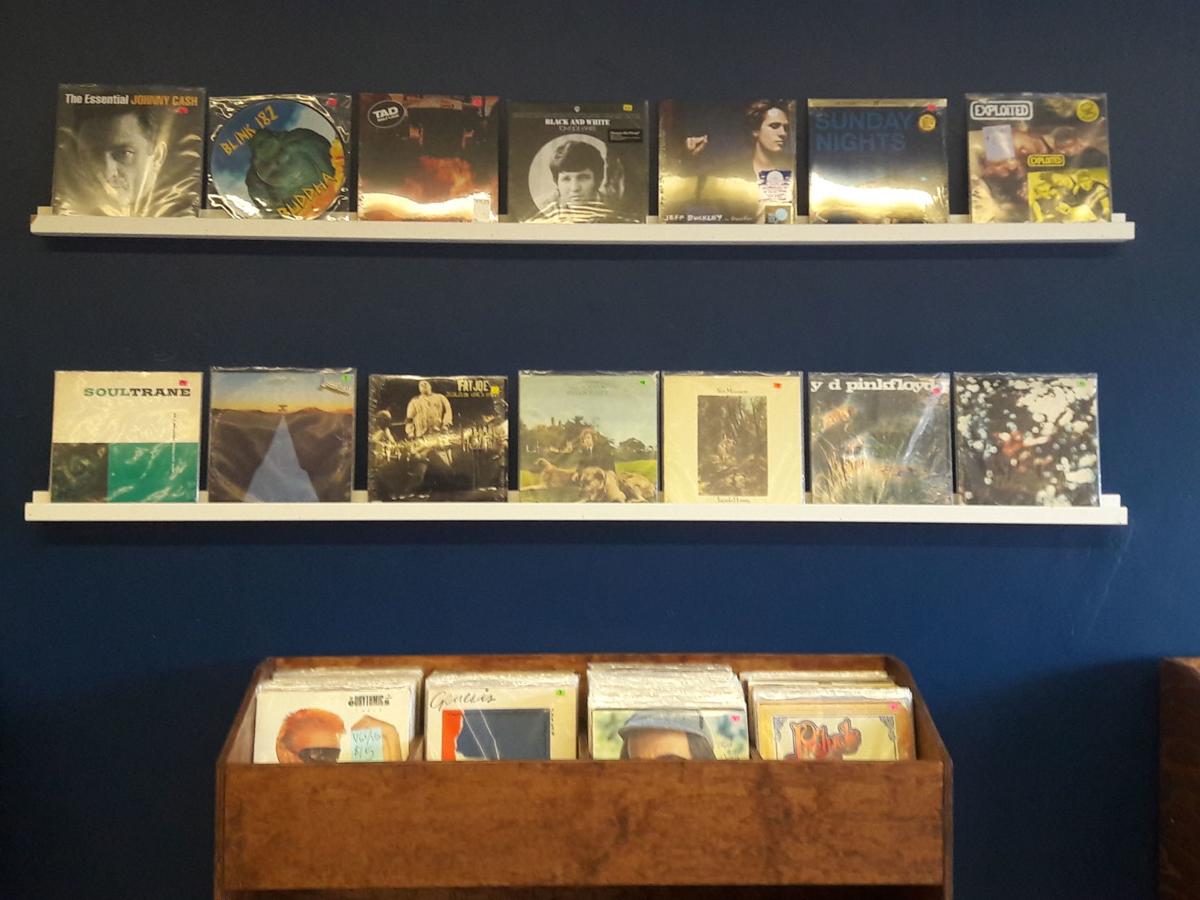 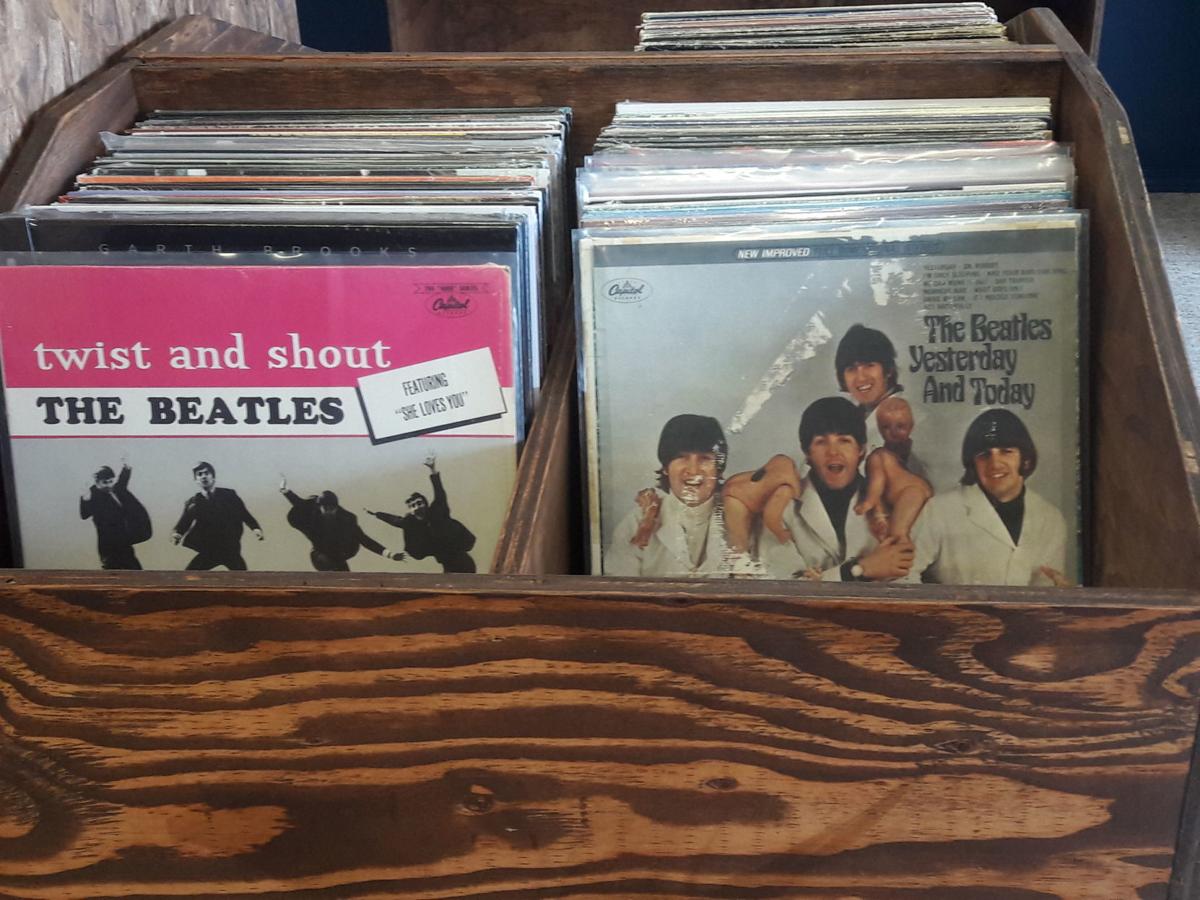 Modern Sounds has a strong general selection of records as well as a stock of rarities, like The Beatles' 1966 album, Yesterday and Today. 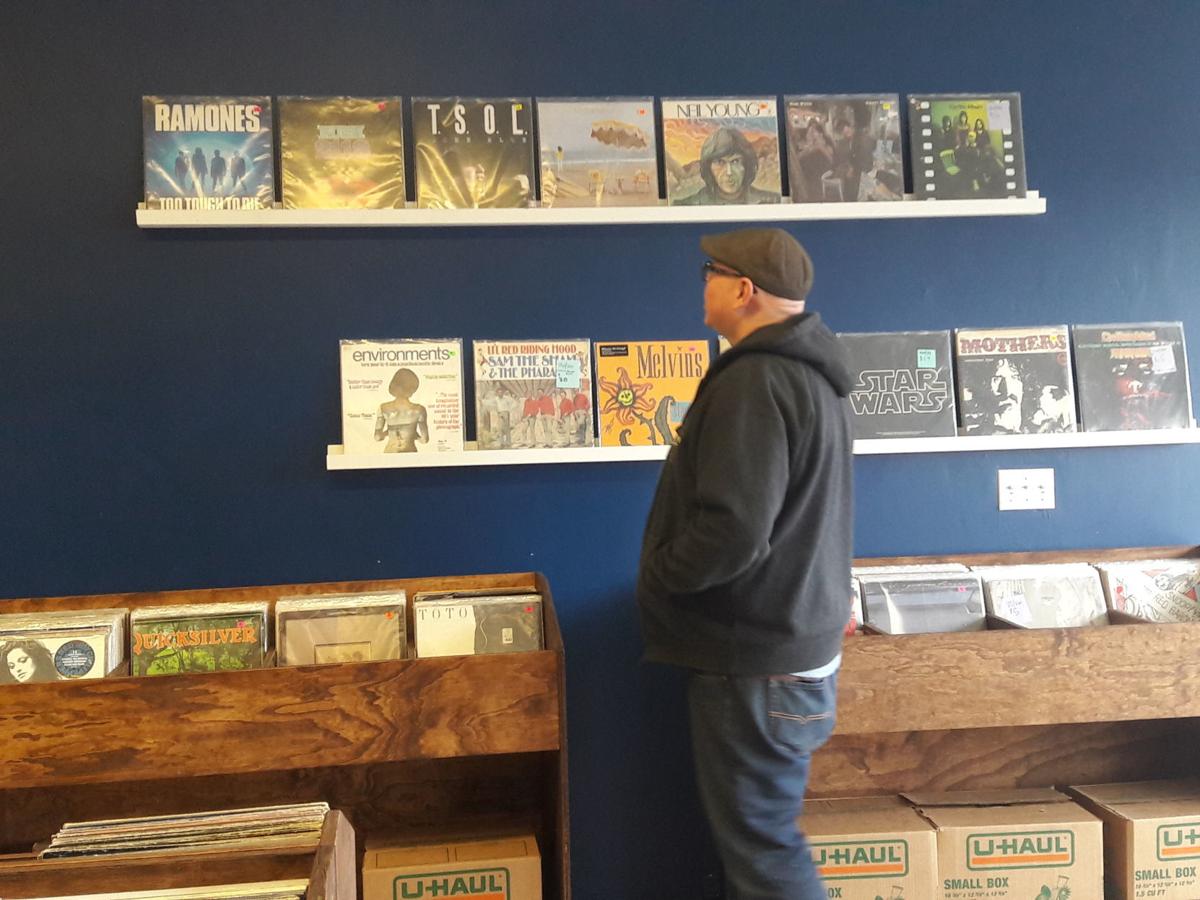 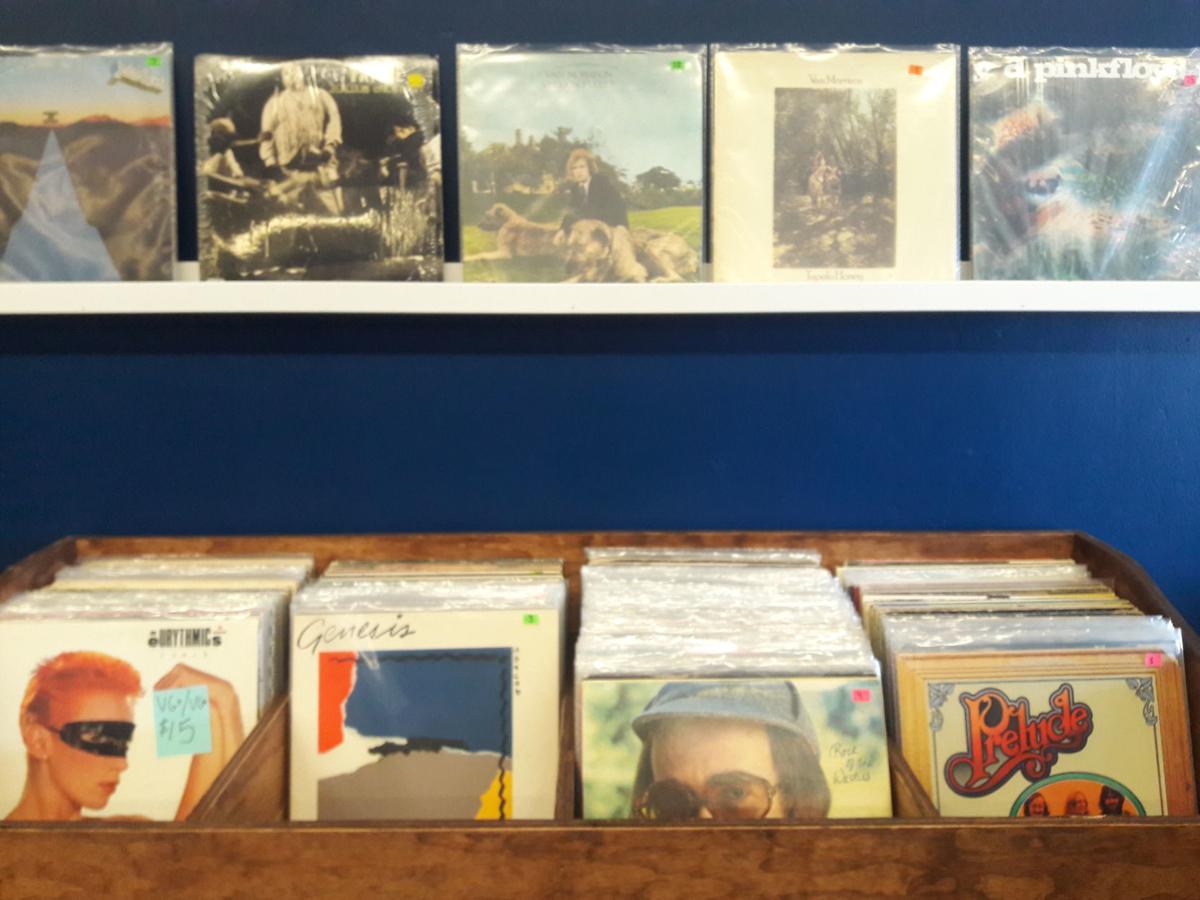 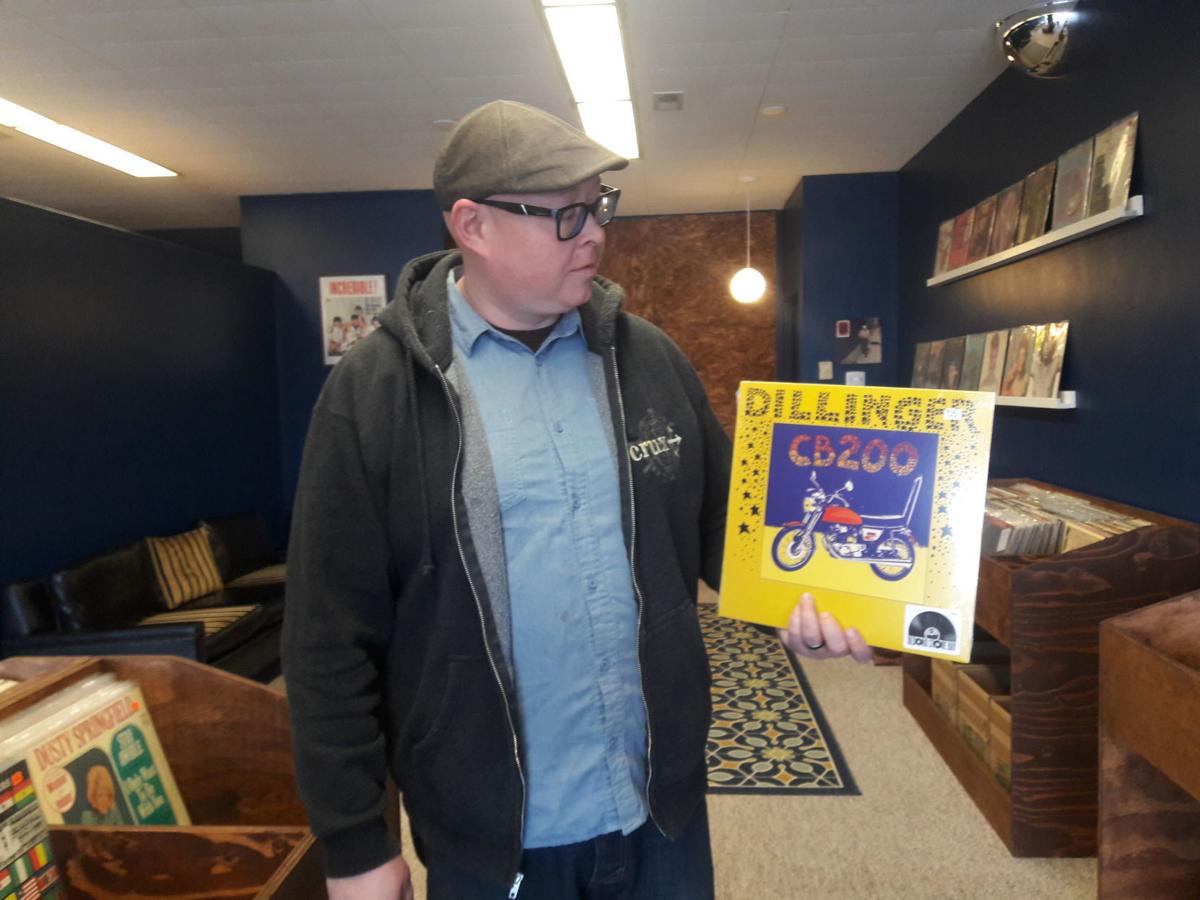 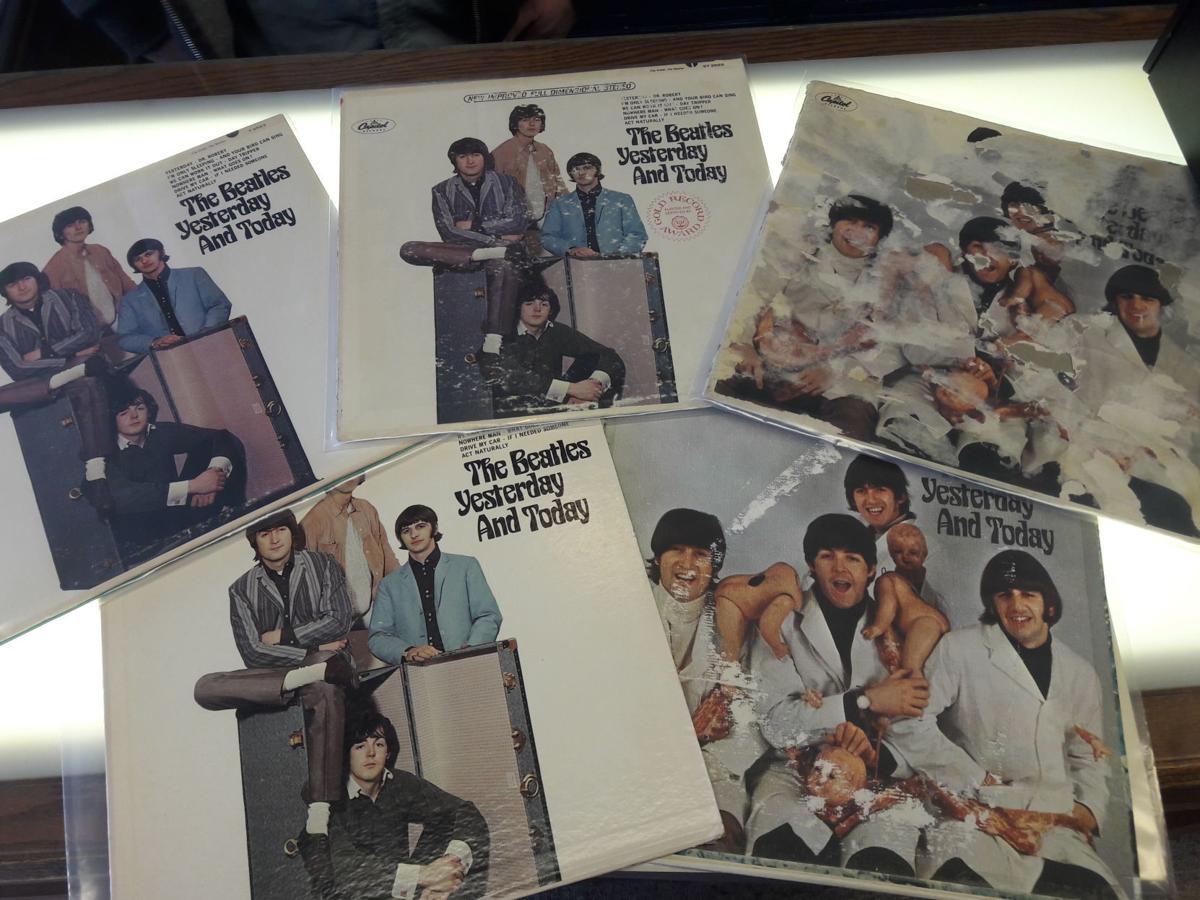 Modern Sounds has several variations of The Beatles' 1966 album, Yesterday and Today, some of which are extremely rare.

Modern Sounds has a strong general selection of records as well as a stock of rarities, like The Beatles' 1966 album, Yesterday and Today.

Modern Sounds has several variations of The Beatles' 1966 album, Yesterday and Today, some of which are extremely rare.

When the needle drops, it makes for a different kind of listening experience. People get really into vinyl and collectors will scour through stores for hours. More stores makes for more listening options, and now, collectors in Boise have a new record shop to peruse.

“Listening to records is an art,” said Derek Anderson, who co-owns Modern Sounds Vinyl and Music with Matt Eggers. “Listening and appreciating and reading the album covers, it creates a better understanding of the music in its entirety, and people listening to CDs aren’t connecting fully to the music.”

Modern Sounds Vinyl and Music specializes in vintage vinyl, but carries a little bit of everything. It has a small yet comfortable storefront located at 556 S. Vista Ave. It’s open limited hours until its grand opening slated for early 2020.

Anderson and Eggers weren’t sure about the exact date. They both work day jobs and the store is more of a hobby for them—they’re just two guys who love listening to records and they want to share that love with Boise.

“I always knew I was a little more into music than a lot of my friends,” said Anderson. “This shop is just an extension of my passion. I started collecting at 15 and started seriously collecting about three years ago.”

In the late 90s and early 2000s, the record industry was in a tailspin. Vinyl records began to be replaced with audio cassettes, compact discs and other digital formats; and local record stores began to flicker out of existence. Slowly, the industry has bounced back, and in 2018, 16.8 million records were sold.

According to a report from the Recording Industry Association of America, records were set to outsell CDs in 2019. That’s great news for collectors, because demand dictates the number of records made, which opens a new market for stores to sell them.

“Derek kept buying more and more records, and it was filling up his house. They had to go somewhere,” said Eggers. “And Boise’s getting big enough to have more options than only The Record Exchange.”

“It’s really great to have more outlets,” said O’Neil. “We’re competitors but also fellow travelers, to a certain extent. I mean, it wasn’t great for us even when Hastings went out of business and the less places physical media is sold, the less it’s made in general, and that’s bad for all of us.”

Anderson and Eggers had been thinking about opening a store for a while. Last year they both sold some property and decided to give it a whirl. Anderson and his family moved up to the Bench neighborhood, and once they found the location on Vista Avenue, it came together.

“I kept looking at the space and daydreaming about it,” said Anderson. “I finally thought, ‘Why not take a shot or you’ll never know?’ If you’re going to do something in life it should be something you like.”

In addition to a sizable general collection, Modern Sounds also stocks a few highly collectible records. The store carries five different copies of The Beatles’ album Yesterday and Today, released in 1966. It was the ninth Beatles album released by Capitol Records, and had singles that had been previously unreleased. The controversy surrounding the cover art is what makes it one of the most collectible albums.

It’s an image of the group dressed as doctors and covered with bloody doll parts and raw bloody meat. It was taken by photographer Robert Whitaker who claimed, with John Lennon and Paul McCartney, that the image was supposed to be a protest statement against the Vietnam War. Others have claimed that it implied the group felt American record companies had butchered their albums by switching around the original arrangements. The album in its original state is known as the “butcher cover.”

“It was fun finding the record in all its different forms,” said Anderson. “People really get a kick out of the story behind the cover art.”

The album is a rarity because of what happened following its release. There were approximately 750,000 advanced copies sent to reviewers and disc jockeys, but public reaction was negative that the album was immediately recalled by Capital, which ordered the copies shipped back. Some were destroyed and the rest had a different cover glued over the original.

“I haven’t priced out any of these recently but even the raggedy ones are hard to find and cost more than you’d think,” said Anderson.

A mint condition stereo copy of the album sold for $125,000. None of Anderson’s copies would fetch such a high price, but that suits him just fine. He and Eggers want to bring a comfortable approach to buying vinyl for people that are either hardcore collectors or first-time buyers.

“Going into a huge record store can be a bit overwhelming, we want it to be fun,” said Anderson. “We wanted to curate an experience, not just sell records. It’s about hanging out, listening to music and talking with customers.”

“I want to help people find their new favorite band and maybe introduce them to music they’ve never heard before,” said Eggers. “I’m excited to be open, listen to music and talk music with whoever walks in the door.”