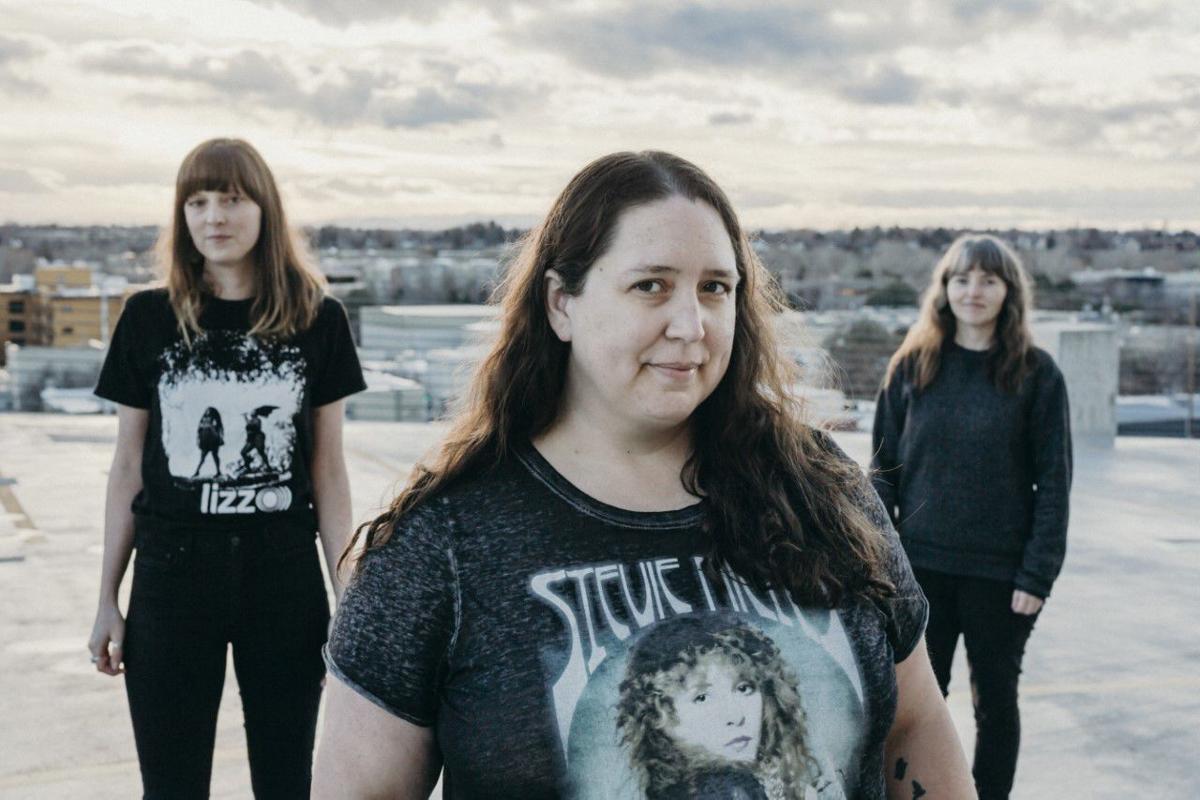 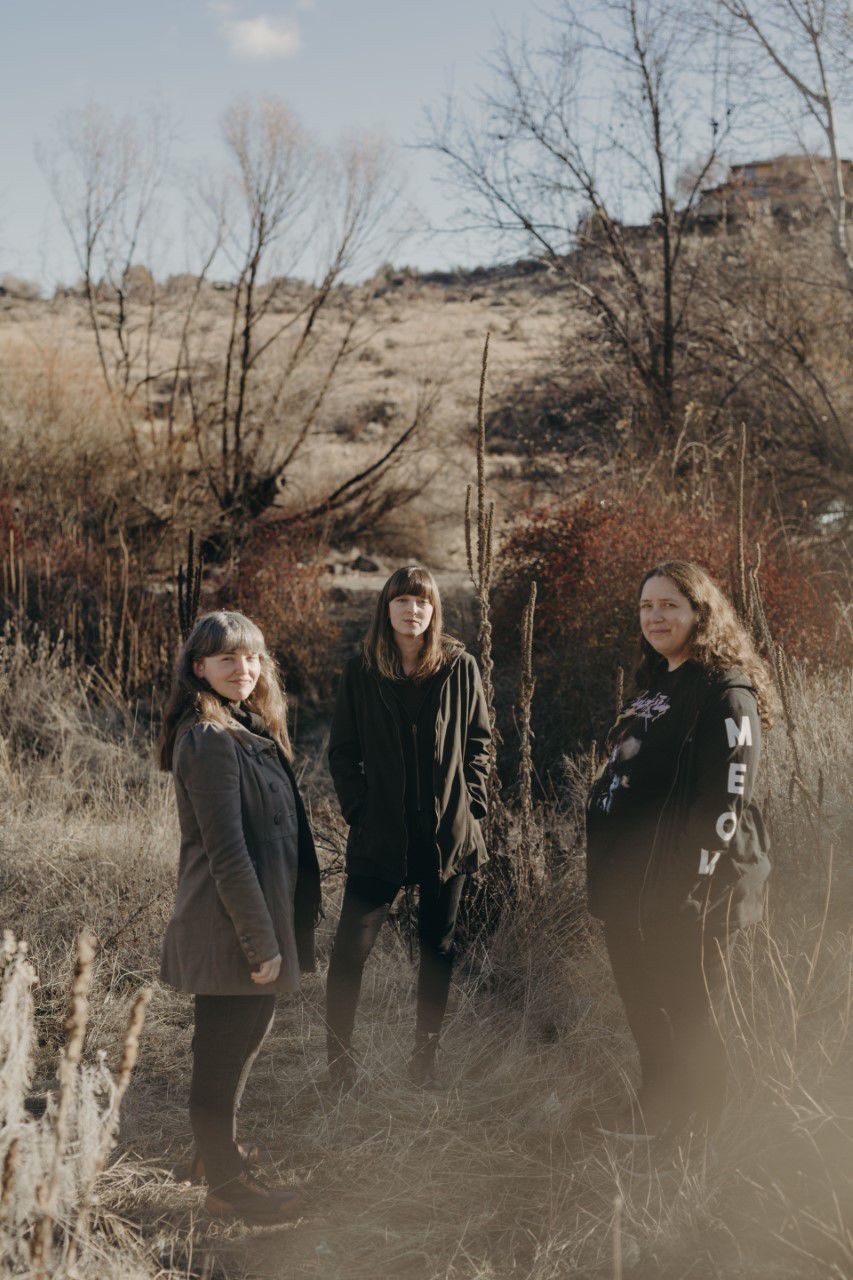 Blood Lemon played its first show in 2018, but the members have been making music for a long time. All three of the women in Blood Lemon are amazing musicians in their own right, and together, they’re creating incredibly raw and heavy music that’s also a powerful reminder of how hard women rock.

“The whole issue of women and gender identity in music is still happening even though so many women have challenged that,” said member Lisa Simpson. “There’s a lot of commodification and fetishization of women in music. What’s important to us is being authentic as women and musicians and making art we’re proud of.”

The trio has known each other for some time, and all of them played together in Boise collaborative band Mostly Muff, a mostly all-girl Boise supergroup that played for nine years. Blood Lemon includes Simpson on vocals, guitar, piano, acoustic guitar and synth; Melanie Radford on bass, vocals, synth, upright piano and upright bass; and Lindsey Lloyd on drums and percussion and back-up vocals.

All three are known for their work around town and through projects with other bands in the area. However, each one is a classically trained musician and brings a high level of expertise to the band. Simpson came out of the early ‘90s folk rock scene, playing and writing her own music at the tender age of 16. She has a master’s degree in music history and in 2006, she and her husband started Finn Riggins. She said being in that band and touring constantly was great, but the hectic schedule had her fantasizing about spending weekends at home. The band eventually decided to take a break. Timing worked out well — Simpson is one of the co-founders of the Treefort Music Fest and she stayed busy playing with Mostly Muff.

Around that time she was approached by Ivy Merrell from local band The French Tips, who said Radford proposed the idea of an all-female supergroup that played heavier music. Merrill couldn’t commit due to her schedule but thought the two would work well together.

“I wanted to play harder stuff,” said Radford, “and it was really unbelievable and jarring to me that Lisa, who was this amazing staple of a badass female guitar player, would play with me. We met and talked and it instantly clicked. She cut her teeth on ‘90s alternative, and that’s what I want to play.”

Radford started playing music in middle school. She said, at the time, she was really into The Police and Rush and spent a whole summer playing and reading, just trying to become a better musician. Her work paid off and she continued her education, receiving a double minor at Boise State University, and started playing in Boise band Marshall Poole. Radford is also a rotating bassist for Built to Spill.

Rounding the band out, Simpson instantly thought of Lloyd. The two had met in Pocatello where Finn Riggins played some shows and Lloyd and her husband moved to Boise where she got into playing shows with Mostly Muff. Lloyd has a degree in musical percussion. She said she grew up in a musical family, “but I didn’t want to sing, so I decided to hide behind the drums.” She’s also collaborated with numerous local bands.

Clearly, all three have a lot to keep them busy, but they’d made time before the pandemic and recorded the album. There were plans for the release and shows, but they’ve had to reimagine how to do everything.

“Everything in the industry has been hit hard by the pandemic, but the good thing for us was, it gave us time to work on the sound and mixes and to conceptualize the videos,” said Simpson.

Based off of the singles the band’s released, the full album should be a stunner. It was engineered and mixed by Z.V. House at Rabbitbrush Audio, with album cover and artwork by Brazilian artist Ludzeg. It’s filled with hard and heavy guitar, blended vocals, and smart lyrics that may be reminiscent of the ‘90s riot grrrl and alternative sound but is refreshingly modern at the same time. They also have influences like Windhand, Earth and True Widow.

The band has a lot of power that the listener can viscerally feel. Radford said a friend told her she felt a lot of raw feminine energy when listening to Blood Lemon, and that’s exactly what they’re going for.

“After we made it and listened to it, we were like, this is a really good record,” said Radford. “I had never felt so good and full about music I had made before, it just came together really well. I think our music is less polished, and that’s what I really like about it.”

Out of all the songs on the album, all three say “Master Manipulator” is their favorite. They said it’s a wild song that’s fun, satisfying and difficult to play. Lloyd said, “whenever we practice it, we always say I hope we get through this because it’s so hard and such a challenge, but so much fun.”

People will have to wait on the full release, but the band is also tentatively planning some socially distanced outdoor shows for summer and fall. People can find more information as it comes on the website, bloodlemonmusic.com, stream the music on all major platforms and pre-order the full LP Blood Lemon on Bandcamp.