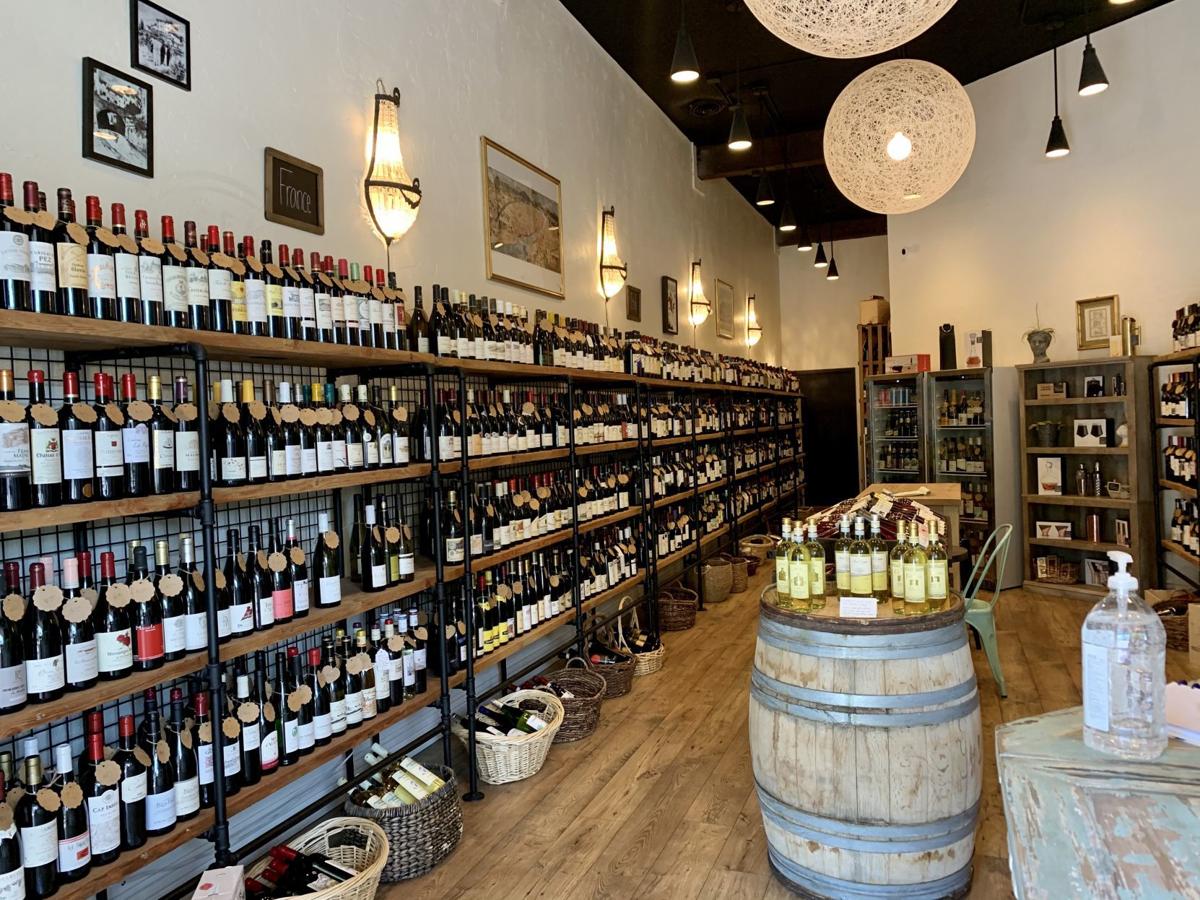 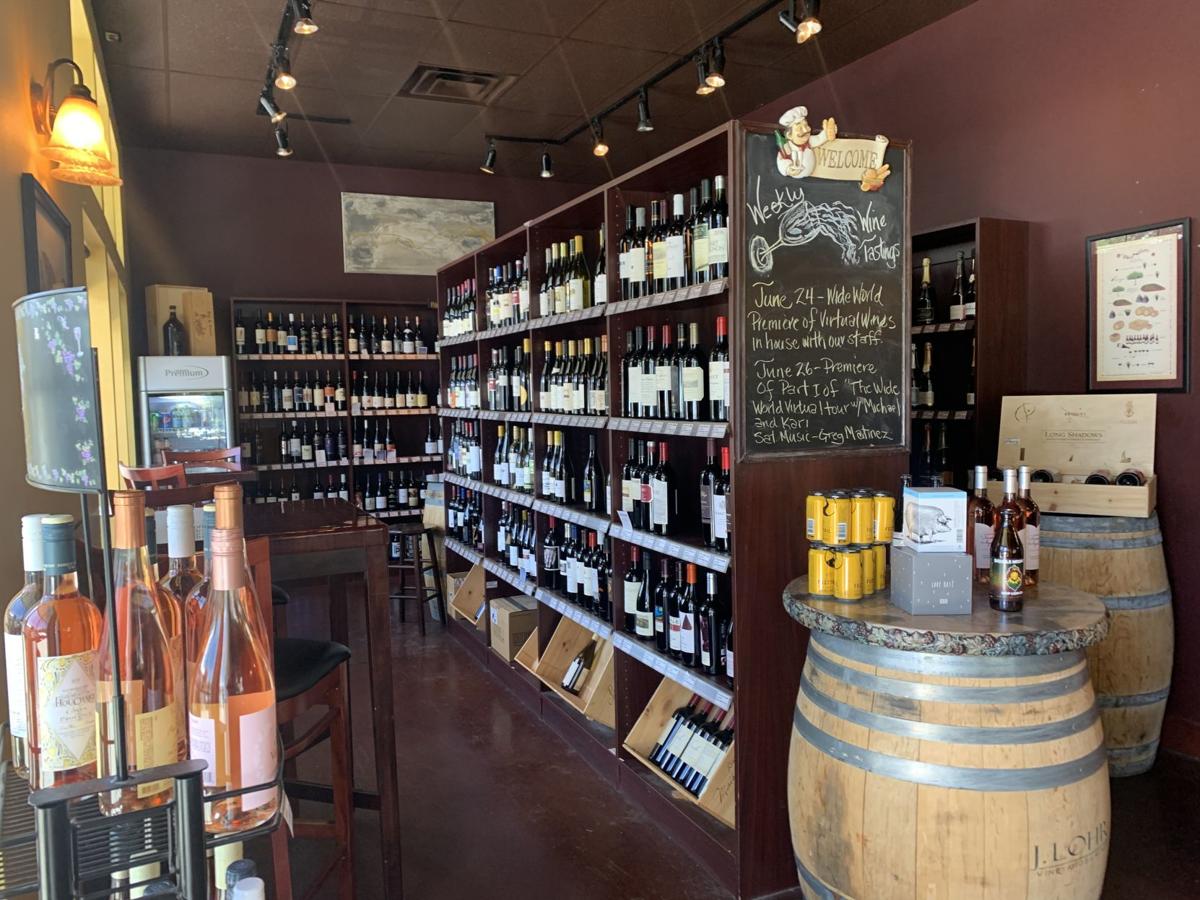 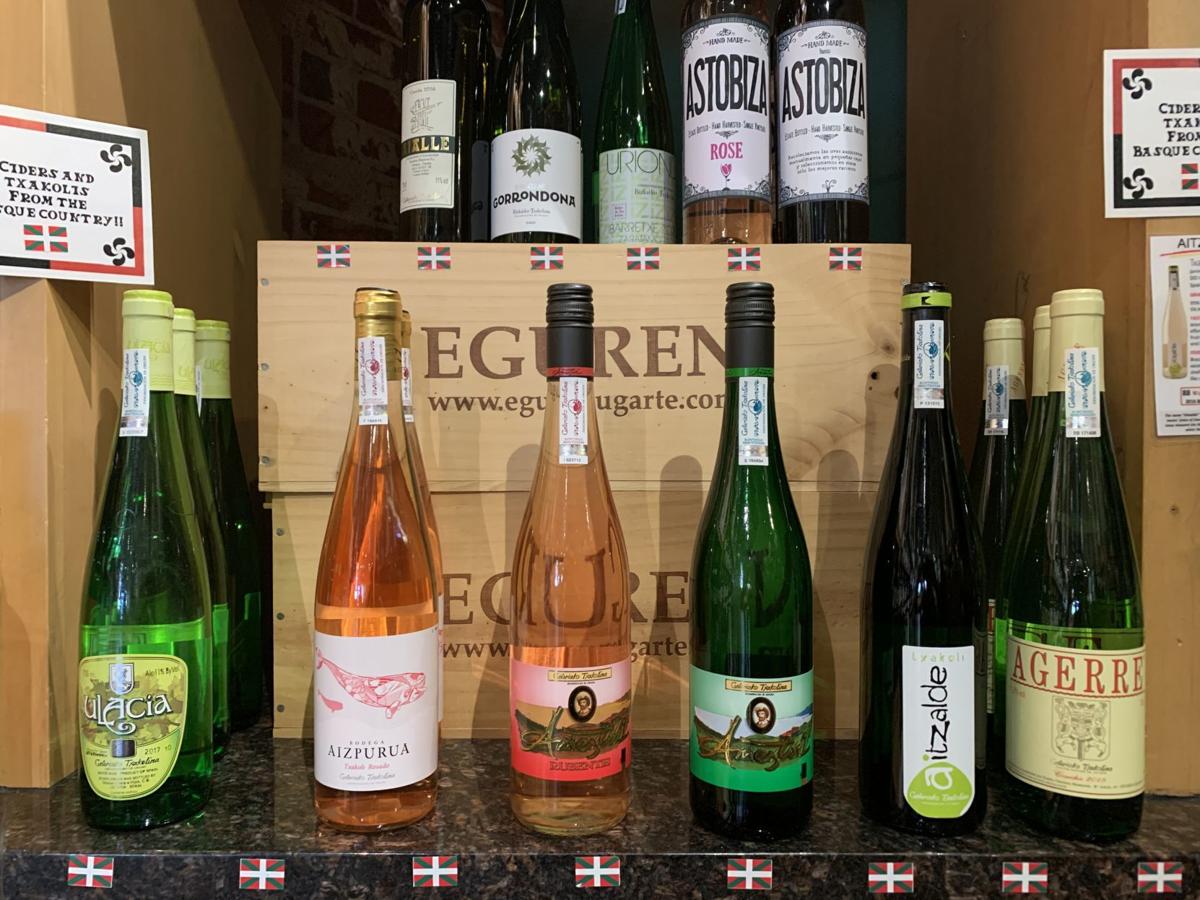 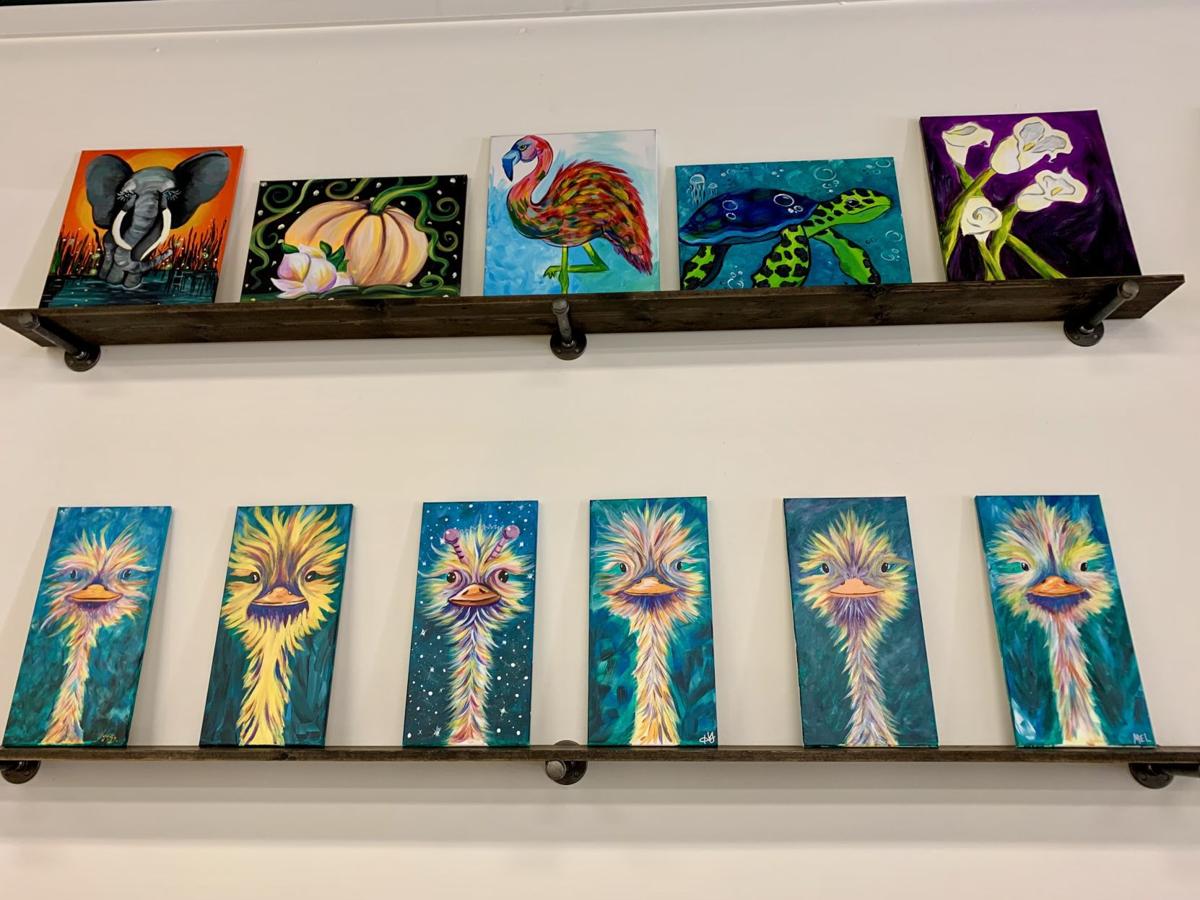 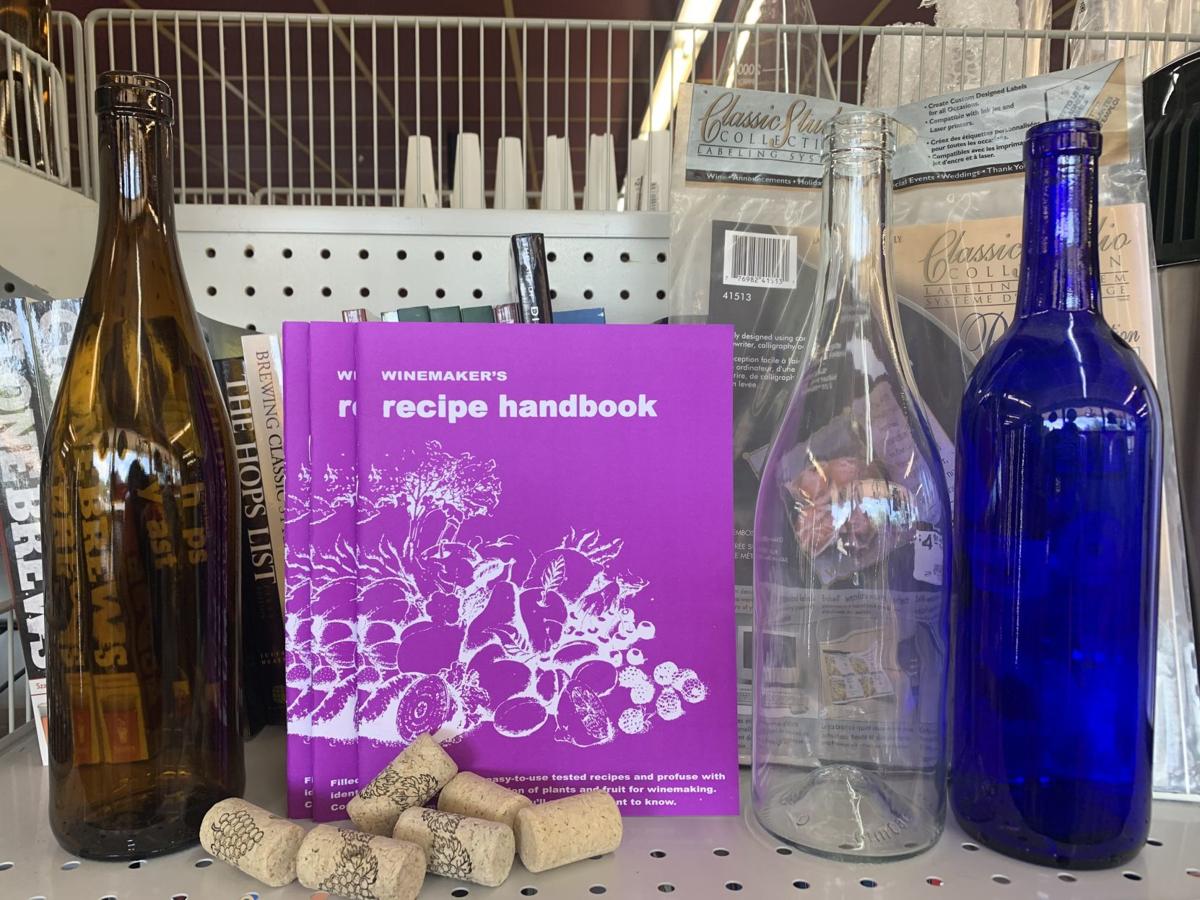 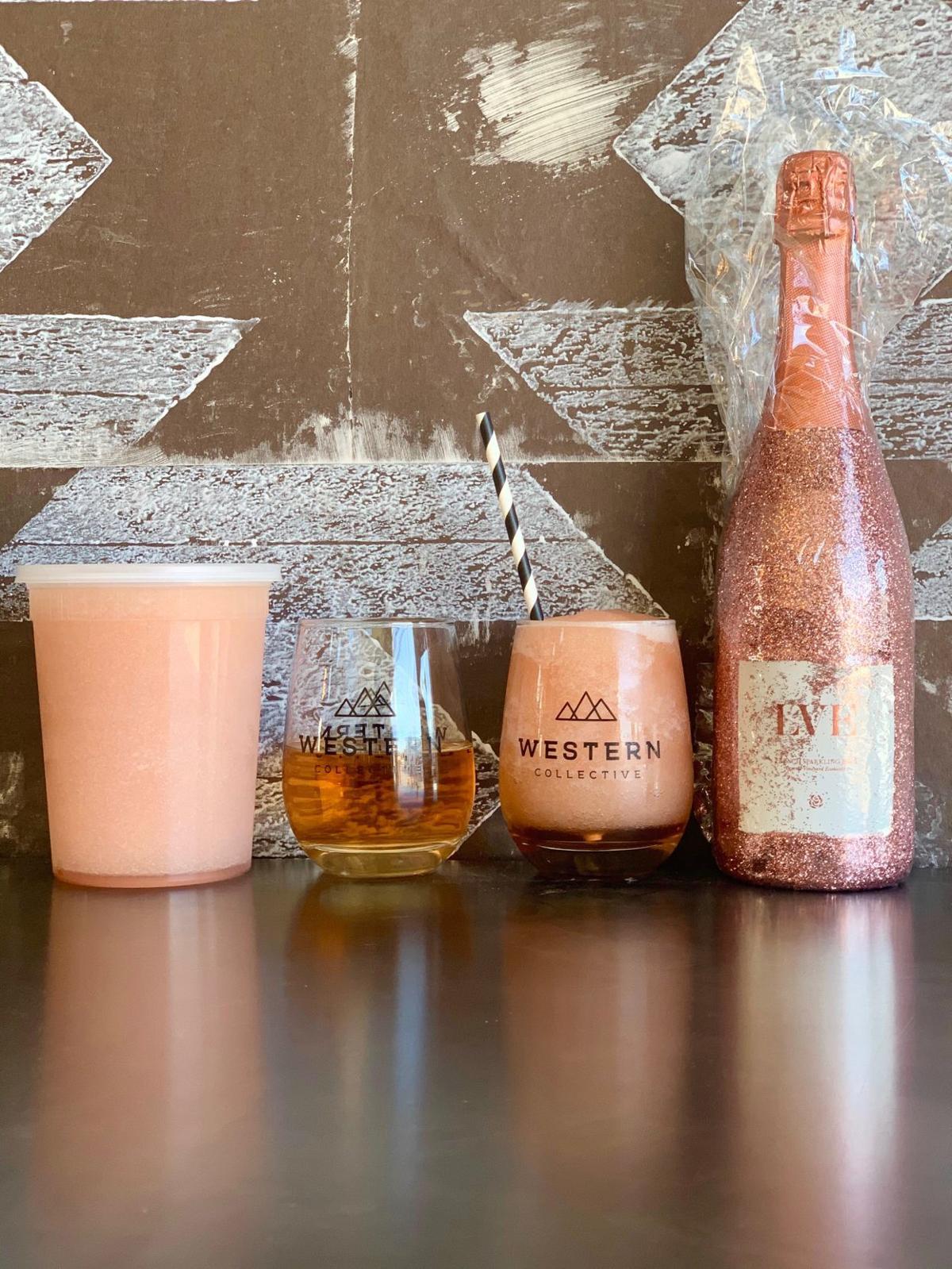 In the winter months of yore, festivals were dedicated to the Greek God Dionysus. Most likely the festivals celebrated the production and consumption of wine and included ritual offerings, dramatic competitions, performances and a lot of drinking. Wine season has since moved to the summer, but there’s no less of a reason to dust off those glasses and start trying some new wines.

Boise and the surrounding area have a lot of different wine markets and restaurants, and although some are temporarily closed due to COVID-19, there are still plenty of options for people to track down their favorite wine or try something new.

The Basque Market has been serving Boise since 2000. It serves up tapas and snacks, but the wine selection is extensive. The Market carries wine from every region in Spain with an emphasis on the Basque country.

“A lot of these wines aren’t easy to find here,” said employee Lisa Blakeslee, “and it’s a way to open up your palette and try something new and fun. We serve Txalkolis and it’s its own special animal.”

Txalkolis is the quintessential Basque wine. The grapes are grown from a specific region in the north of Spain by the ocean. Blakeslee said it’s called a breakfast wine, but it also has its own story. When first poured, the drink is cloudy but as it opens up and clears, it’s supposed to remind people of the ocean.

“We serve it in a little carafe and drop it in from high above to open it up,” said Blakeslee. “The effervescence makes it cloudy and then it clears up. People always want to try it.”

Drinks with a novelty factor aside, The Basque Market also has a substantial selection of port wines including tawny, ruby, vintage and white. A good selection of a Spanish sparkling white wine known as Cava and a wide variety of Temprenillos, dry medium-bodied reds, tintos and red blends that pair well with food and rosés. The market also sells cases of wine with a 10% discount. thebasquemarket.com

Owner Rich Burns has been supplying Boise with beer and brewing supplies for 10 years, but Brewer’s Haven also has everything people need to do it all themselves. Manager Heather Stenquist said she has made wine at home before, and it’s easier than people think.

“It’s fun and easy to do at home, and people can pick any fruit they want to make different flavor profiles,” said Stenquist. “I tell people to buy a book, ask questions and do a little bit of research. It’s really not that hard.”

Brewer’s Haven has all the supplies to make wine at home except for the fruit, it even has a chart that shows which yeasts and fruit compliment each other so people can create the kind of wine they like be it dry or sweet.. The store carries a variety of fancy corks, different yeasts, wax beads for sealing, lids, different colored bottles and even DIY label kits.

Making wine at home takes about two weeks to begin fermenting, and should be left for another week before being transferred to another container to settle. Then the wine must be aged for at least two months. It’s a fun and different way to try wine at home. brewershaven.com

Wine and Design is a North Carolina-based national franchise that has been featured on the television show Shark Tank. It’s a place where people drink wine and paint pictures. The Boise location is owned by Hannah Jones and recently held its soft opening.

“We focus on the party atmosphere,” said Jones. “So it’s just about having a good time and the artists are fun and talented. We want to bring the community together in a fun new way.”

The business has a large space that leaves plenty of room for social distancing. Class sign-ups are available online. Wine and Design offers two classes a night and kids classes, sans wine, on the weekend. There are even classes for painting your pet. Six different artists lead the classes and they have thousands of paintings to choose from.

People can sign up for a class, reserve a private party or have the party come to them. A glass of wine runs from $5-$7 and bottles are $20. There are a lot of local options plus beer and seltzers.

Classes run about two hours long and the instructors focus on technique, but will also step in to help if customers get frustrated. Jones said people really could paint anything because the company pre-traces the art on the canvass, so it’s almost like a paint-by-numbers kit, but with a higher skill set.

This store specializes in European wines and has a massive selection. The downtown shop has been open for five years and the owner David Hansen, has amassed a vast collection from around the world.

“I’ve always had a passion for wine, and about five years ago I decided to open my own business,” said Hansen. “I pick everything myself.”

Hansen said Boise distributers have introduced him to new wine horizons, and he tries to have a little bit of something for everybody. He said he particularly enjoys being able to specifically cater to a customer’s palate and curating cases for them. Some of the rarer wines City Center carries are Vallee D’Aoste from a tiny region in Italy; some wines from the Jura region in France that Hansen said are different, fresh and fun; and a lot of Chianti. The store also carries wines from Lebanon, Argentina, Austria and Australia. Hansen said he’s fond of Tuscan wine and one of his favorites is Le Pergoletorte 2015, which he said is an elegant wine with notes of sour cherries, leather and tobacco.

“We have a tremendous variety but it’s important to find wines that are authentic to where the grapes are grown,” said Hansen. “I try to avoid factory wines at all costs.” citycenterwines.com

Tastings is a great local wine shop in East Boise and according to manager Lisa Tobin, what makes the store special is it’s namesake.

“What sets us apart is, surprise, our wine tastings,” said Tobin. “People can come in and try so many different wines.”

Tastings carries a lot of different wines and specializes in small boutique wines not available at grocery stores, the price point ranges from $10 to $200. The store has wines by the glass people can try that change daily and an affordable happy hour from 4-6 p.m.

Tobin said they have a lot of Rose stocked for the summer and they carry a lot of local options from the Pacific Northwest but also have wines from Italy, South America, Spain, France, New Zealand, German and Austria. Because of covid Tastings is minimizing the amount of people in the store at a time but Tobin said they’re still offering tastings twice a week.

“I love our customers and they’ve been really supportive through all of this,” said Tobin. “I love that we can bring so many different wines to people and help educate them so they can have the best experience.” tastingsboise.com

Owners Melissa Levick and Cary Prewitt created a brewery that caters to everyone by offering a wide range of products for people. They have a lot of beer, but some people may not know that Western Collective has also dipped into a wine program.

“I am a celiac and I always felt like I missed out,” said Levick. “When we created the WC, a big piece of what we wanted to do was be inclusive and the wine program is a big part of that. We want to be a place for everyone.”

The brewery has been selling wines and adult slushies, and recently the business rolled out it’s own blend of rosé. All the rosé slushies are now made with the WC blend, and the company is working on a white wine blend, with a goal of expanding the program.

Prewitt said the wine program accounts for approximately half of the company’s revenue. He said he thinks it’s because WC has built such a varied program. The slushies are $6-$10 and bottles of wine are $7-$9, available for delivery or pick-up.

“We have an absolute passion for beer but I love beverages as a whole and we’re trying to get more involved with the wine community,” said Prewitt. “Our long term goal is to have a vineyard.” westerncollective.beer

How to get your grape on in the Treasure Valley