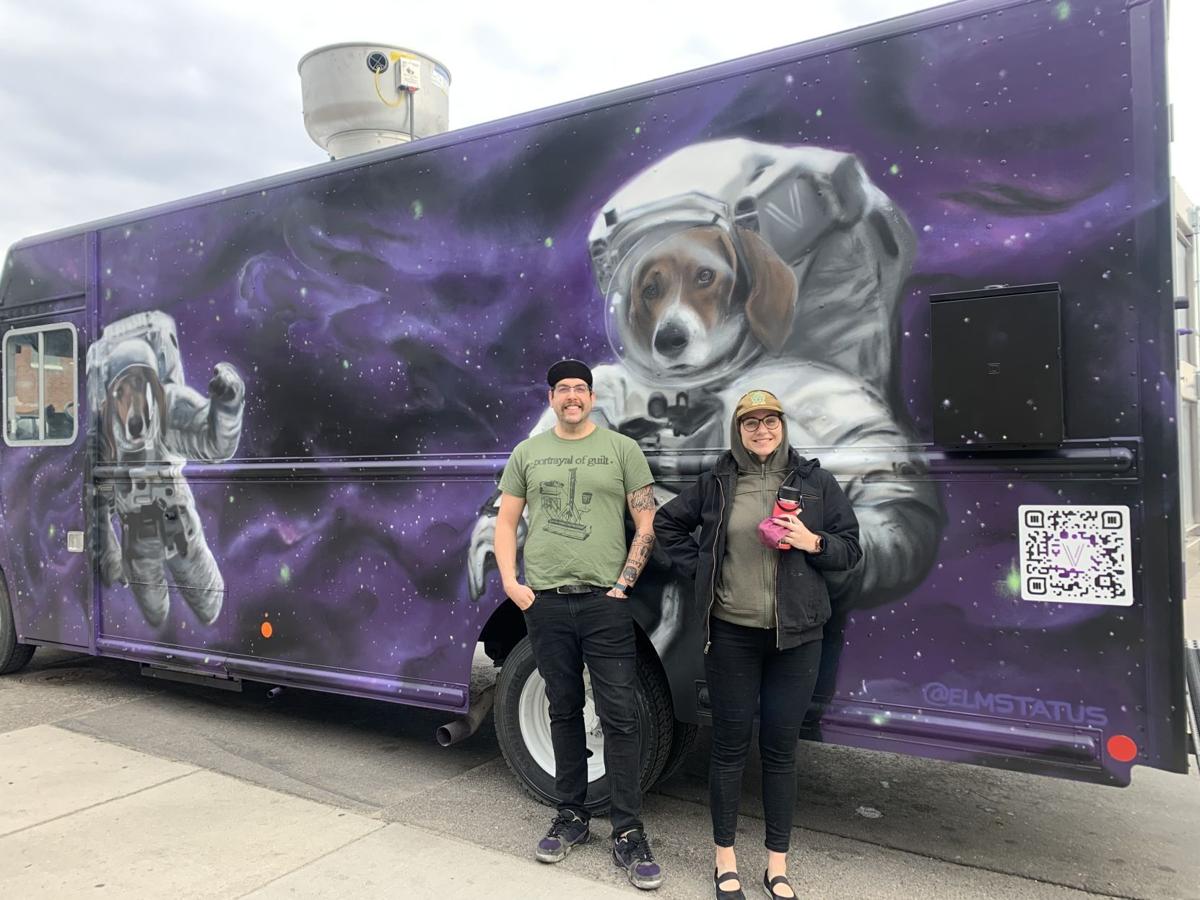 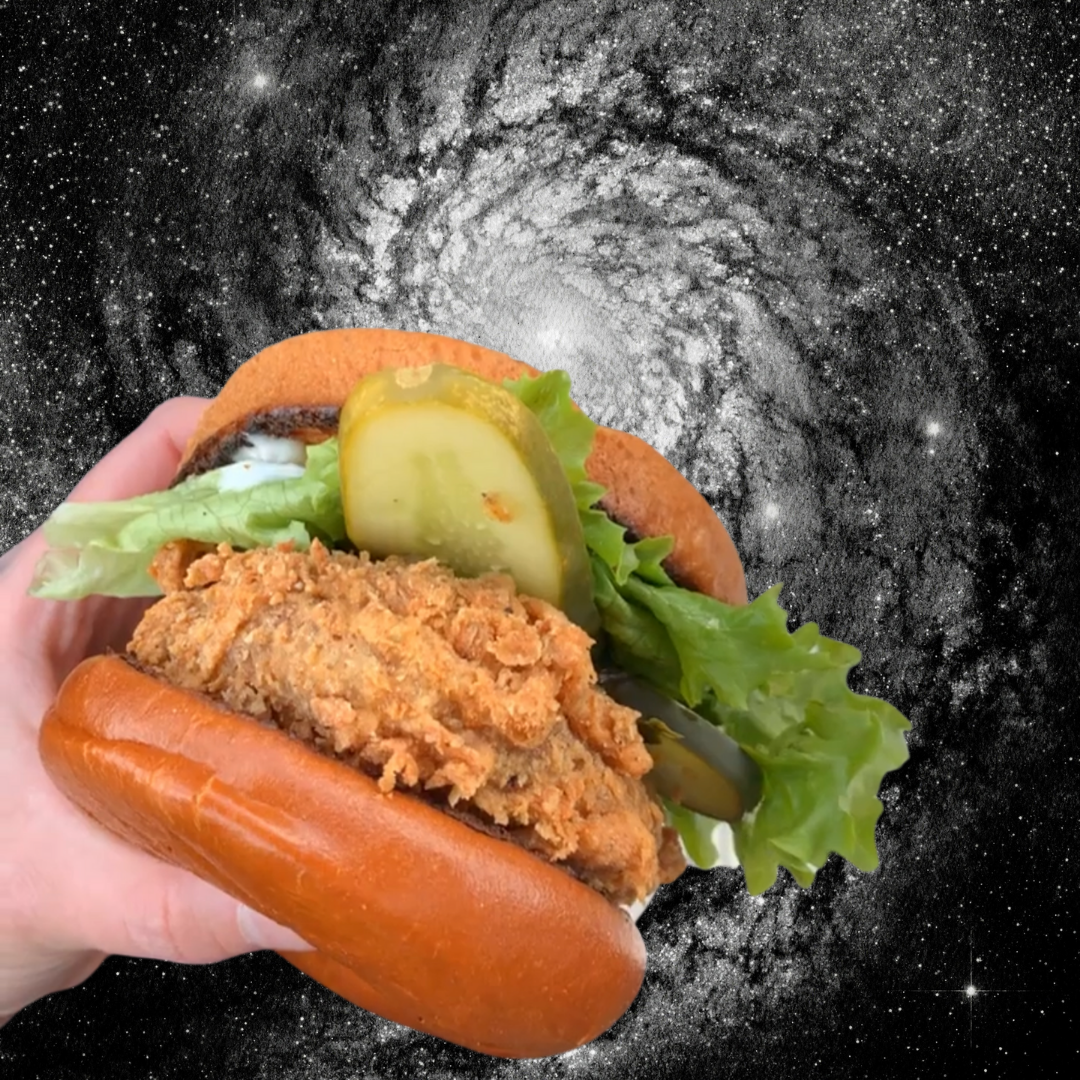 The Devil's chik'n sandwich at The Void is a bestseller. 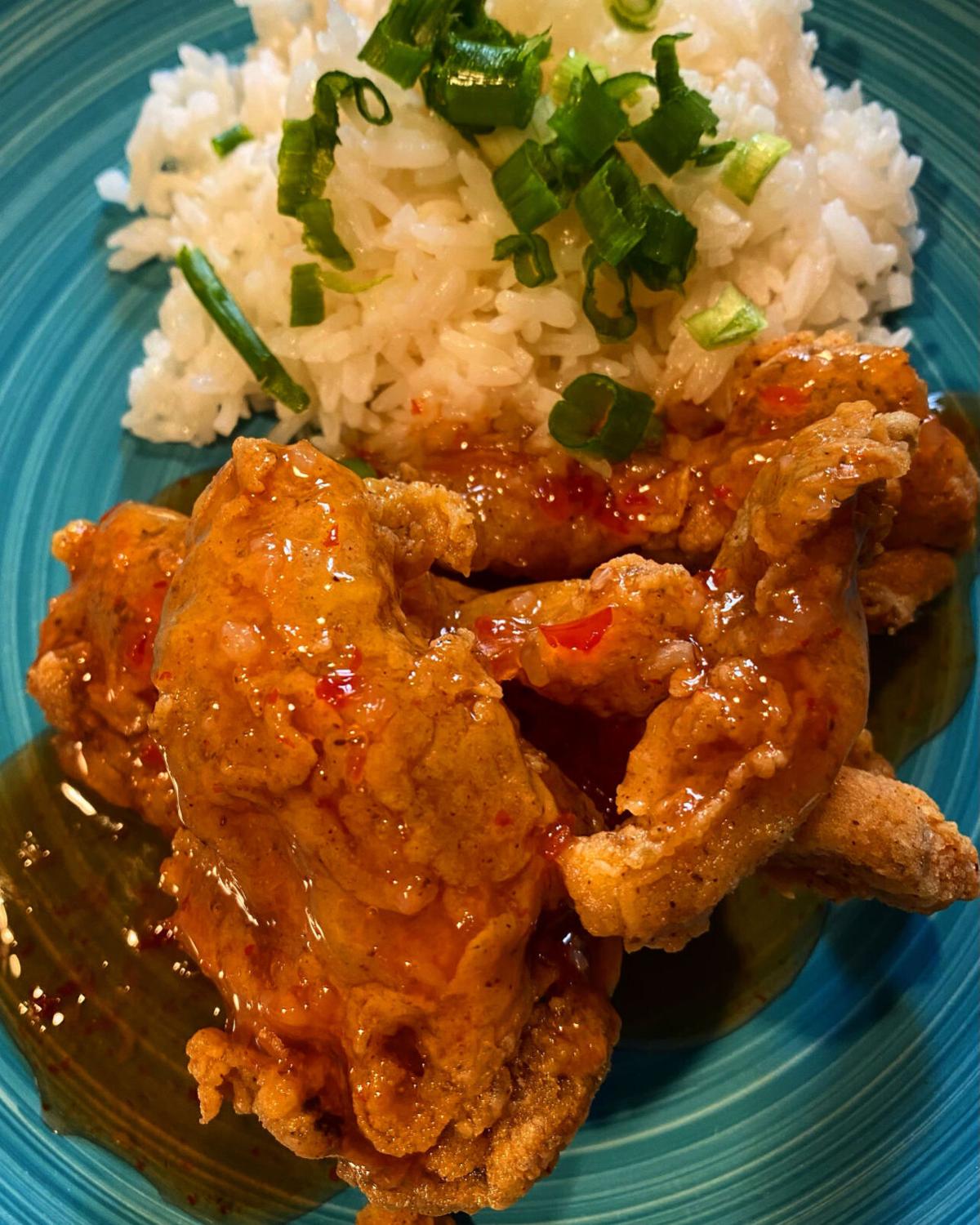 The mock fried chicken is a fan favorite at Vegan Soul. 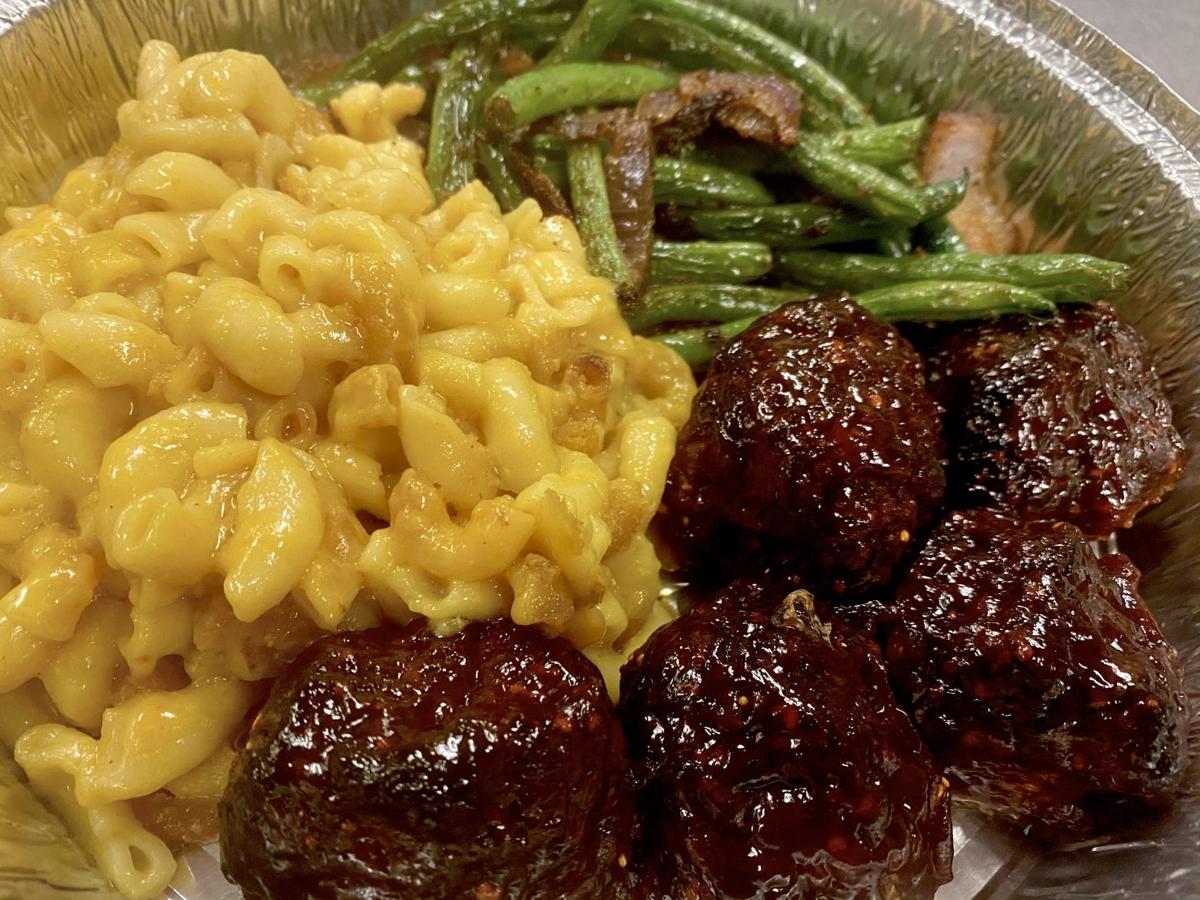 Owner of Vegan Soul, Mae Gaines, said the macaroni and cheese is rich and delicious. 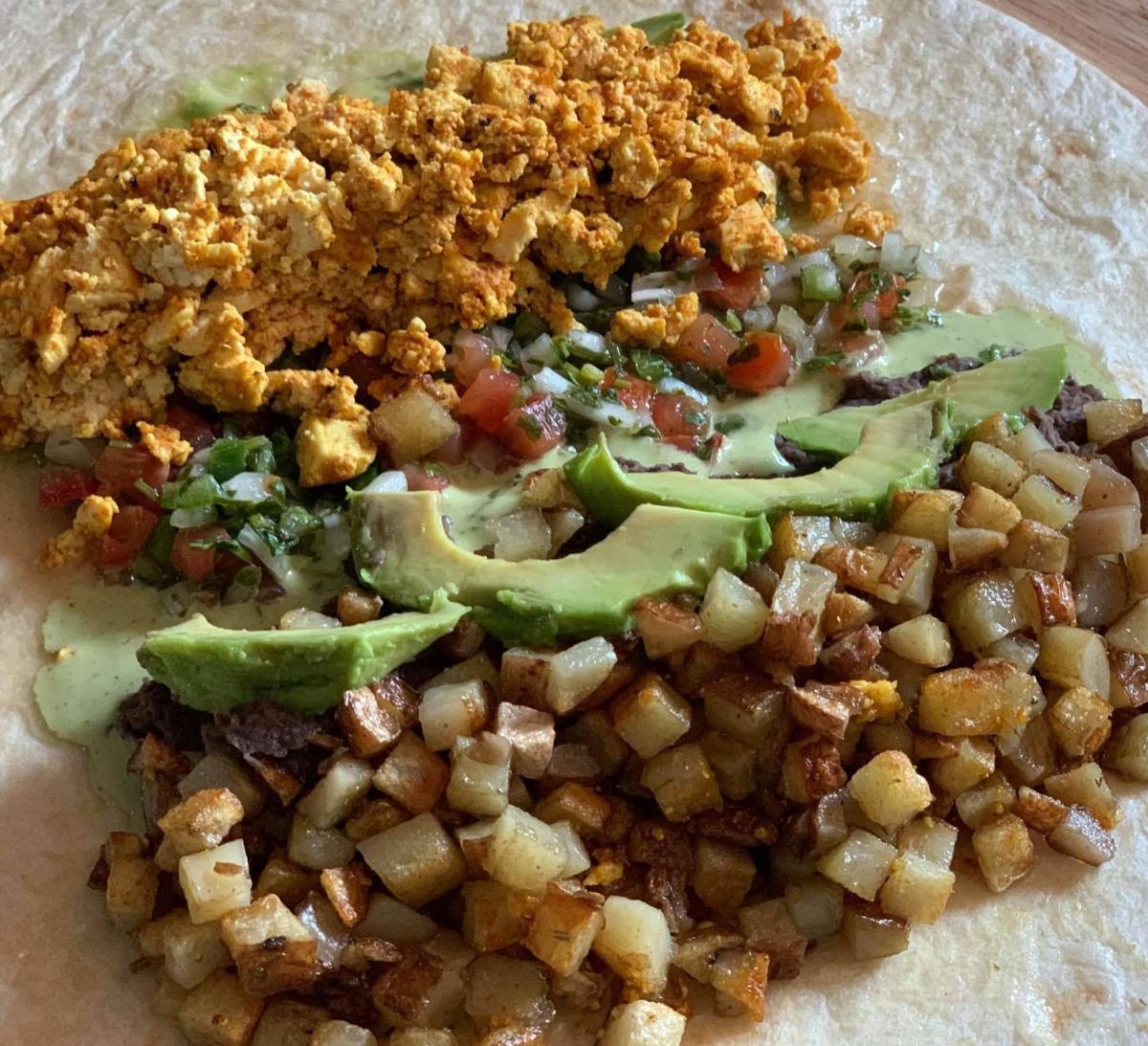 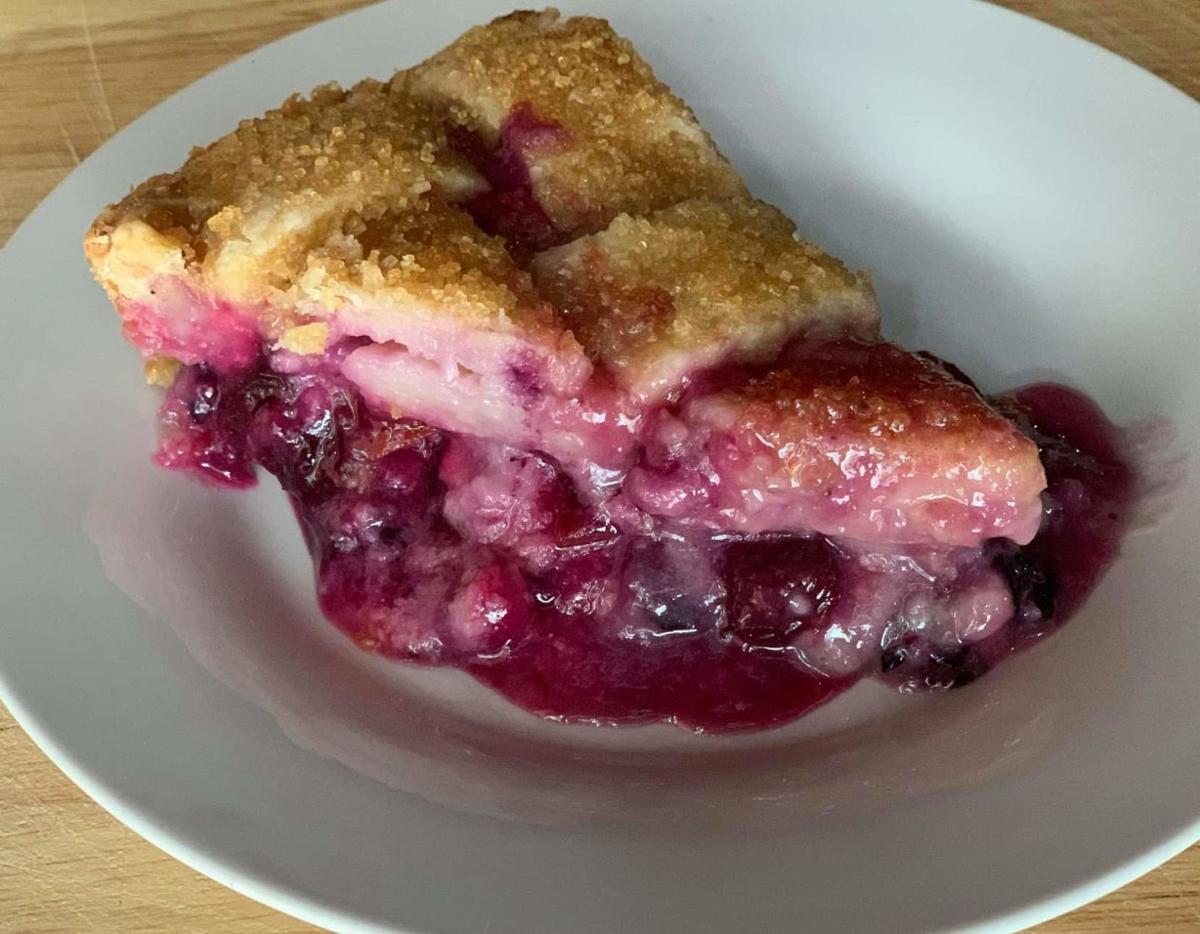 The Devil's chik'n sandwich at The Void is a bestseller.

The mock fried chicken is a fan favorite at Vegan Soul.

Owner of Vegan Soul, Mae Gaines, said the macaroni and cheese is rich and delicious.

Boise keeps growing, even during the pandemic, and restaurants are popping up all over town. It’s great because it means people have more options, but one area that’s sorely lacked growth is vegan cuisine. However, things are a-changing and Boise is gaining more options for people who choose a plant-based eating lifestyle. Although there are many naysayers about veganism, eating a plant-based diet can lead to a healthier lifestyle and a healthier planet.

One of the main complaints toward vegan food can be the flavor, but these local restaurants serve up tasty fare that could even have omnivores asking for more. There are even some options where meat is still served but the vegan options are safe and delicious.

The Void is a vegan food truck that opened Feb. 2. Owner Justin Arroues and his partner Rylee Gabbitas put an inordinate amount of work into their food.

“I’ve been saving up to do this for a while,” said Arroues. “I was going to open a restaurant but then COVID happened, and I didn’t want to support big-ag. So we came up with this idea for the truck, and we’ve just been testing recipes.”

The result is some pretty delicious food. The Void parks in front of Rhodes Skate park and serves breakfast, lunch and dinner. Customers order the food and pay online, a cashless process for COVID safety.

The truck is currently open 9 a.m. to 7 p.m. Thursday, Friday and Saturday, though hours are subject to change. Find updates at thevoidboise.com and on the The Void Boise Instagram.

Since the opening, the truck has often had to close early because they’re selling out of food — it’s that good. Gabbitas’ background is in baking, and she said that knowledge really helped her with making vegan cuisine.

“It takes hours to make these recipes and so much practice,” said Gabbitas. “I read cookbooks over and over again. It took so long until we were happy with it. We won’t serve it unless we’re happy with the results.”

The Void serves up a big menu for all three meals but the most popular so far is the seitan Devil's “chik’n” breast, the sausage and gravy wrap and the cheesecake. Seitan is a food made from wheat gluten and is used in lieu of meat in many vegan recipes.

It’s really more of an upscale vegan fast food, and prices reflect the work that goes into it.

Arroues and Gabbitas said the desserts will change and rotate and they’ll add more items. Once they get into the swing of things, they should have a little something for everyone.

“My main reason for this was I’m trying to make food for all people, especially meat eaters,” said Arroues. “The goal is to make really good food, and it might even help someone be healthier or begin to transition to veganism.”

He recommends trying the fishless filets, spicy “chik’n” sandwich or rotini and cheese.

The winner of PETA’s Vegan Soul Food Award, this pop-up restaurant is a local favorite. Owner Mae Gaines has had some ups and downs trying to get the restaurant up and running, even breaking both ankles at one point, but she’s persevered and pivoted when necessary.

“I was going to make my big debut in January last year, but the pandemic happened and God had other plans,” Gaines said. “So I changed plans because I had to keep it going, and I’m also scouting new locations.”

For now people can browse the menu on the website, ohvegansoul.square.site, and order online or call orders in. The restaurant pops up sporadically all over the city. The next one is at CHOW marketplace on Saturday and Sunday, Feb. 27-28. It’s in celebration of Vegan Soul’s one-year anniversary, and the restaurant will debut its new BBQ vegan “ribz.”

The most popular items on the menu are the southern mock fried chicken, made out of mushrooms, a very rich macaroni and cheese and a peach cobbler. The menu and availability can change, so people can check Facebook or the website for updates.

Gaines has no plans for slowing down; she’s working on adding new desserts like a pineapple upside-down cake and a banana pudding. For the summer she’s also planning to serve barbecue-like vegan sausages, brisket and the new “ribz.”

If people like the sound of the upcoming menu, they can also go to the website and support Vegan Soul’s fundraiser to find a new permanent space.

The High Note’s owner Maria Bahruch was already vegan, and she said the decision to make the restaurant all plant-based was, for her, a no-brainer.

“The thing with cooking vegan food is, it’s like science,” said Bahruch. “It’s really not hard, just about figuring it out. The best thing to do is to read recipes and take it all in and then figure out how to do it on your own.”

The restaurant was only serving take-out but is now putting up outside tables for dining. The most popular item is the breakfast burrito — Bahruch said they sell one for every other item, but everything is tasty. The restaurant also makes the seitan in-house, different soups that rotate and tasty desserts like fruit pies. For the full menu people can check out the website. She also plans on bringing back a popular French chocolate mousse cake.

During quarantine, Bahruch began experimenting with making cheeses, and High Note now serves homemade vegan mozzarella, parmesan and nacho cheese. Bahruch said the cheeses are not only delicious, they’re also healthier for people, and she just wants people to have more options.

“I’m excited even when I see other vegan restaurants open, it’s about time,” said Bahruch. “Boise is so far behind for vegan options and when I did it, it was scary because no one else had. Now more people are doing it, and that’s great because we need it — and it’s delicious.”

Correction: The vegan sausage and gravy wrap from The Void is not the Beyond Meat brand and does not include a biscuit.

Here are some examples of where to find vegan options in Boise: