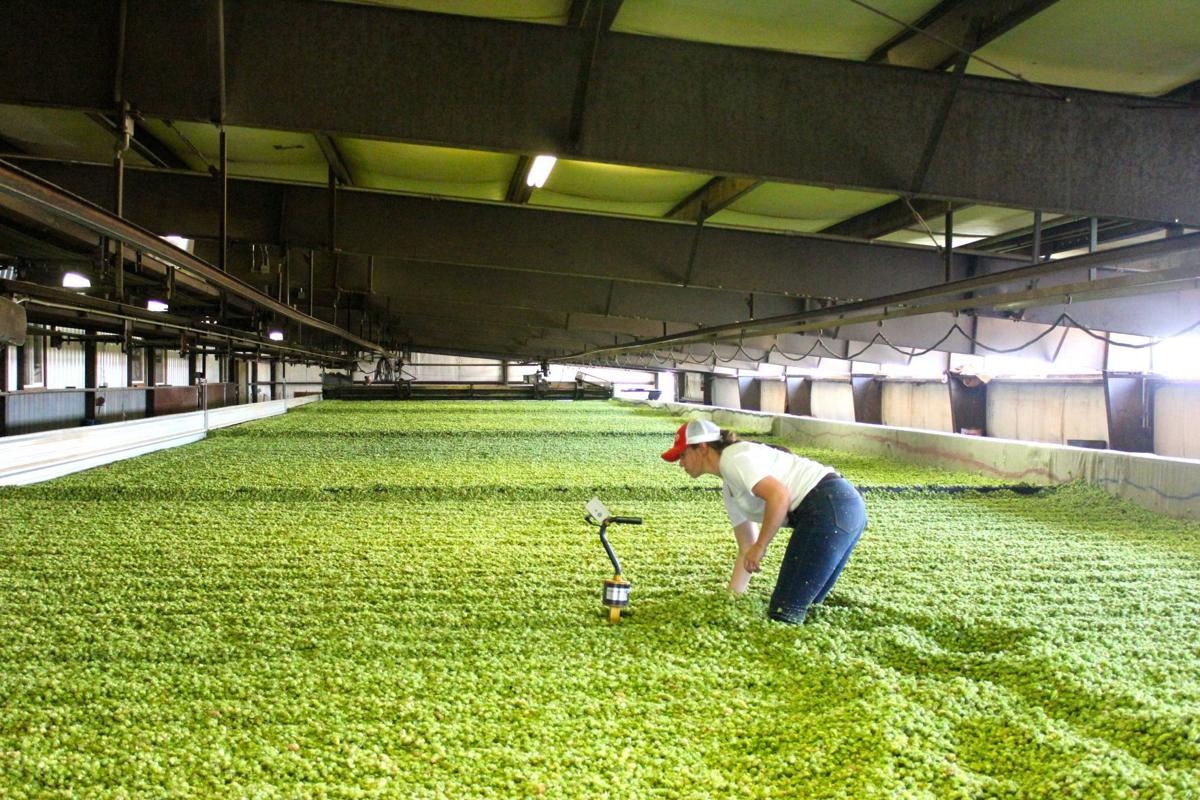 (Left) Idaho hop processor Mill 95 has launched a relief program to help get its business partners back on track.

(Right) Gooding Farms in Parma has seen a significant shift in the industries surrounding craft beer production since the COVID-19 pandemic hit. 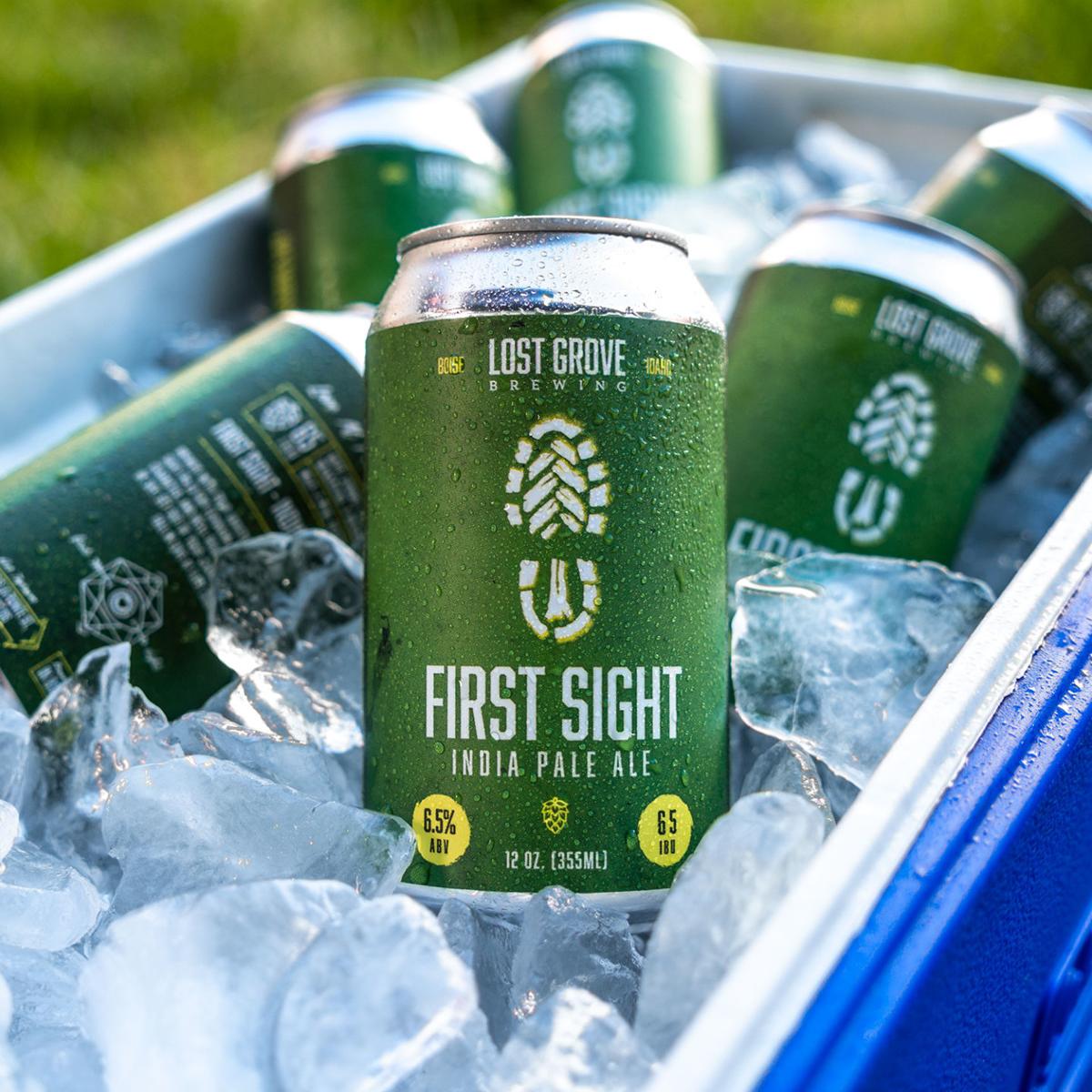 When restaurants and bars started to close their doors, Lost Grove Brewing stood to lose money and the batch of beer it had in its fermentation tanks. 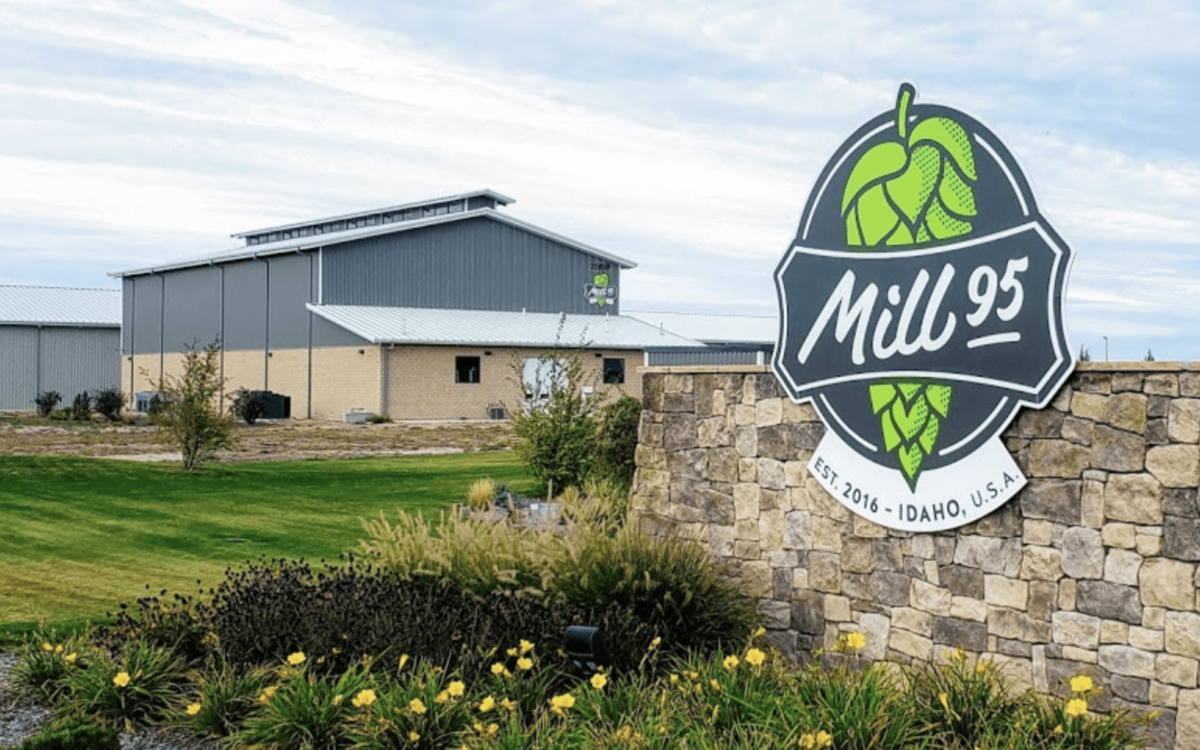 Idaho hop processor Mill 95 has launched a relief program to help get its business partners back on track.

(Left) Idaho hop processor Mill 95 has launched a relief program to help get its business partners back on track.

(Right) Gooding Farms in Parma has seen a significant shift in the industries surrounding craft beer production since the COVID-19 pandemic hit.

When restaurants and bars started to close their doors, Lost Grove Brewing stood to lose money and the batch of beer it had in its fermentation tanks.

Idaho hop processor Mill 95 has launched a relief program to help get its business partners back on track.

When Jacob Black founded Lost Grove Brewing, he adopted a two-pronged approach to making money, with revenue coming in from his taproom on Lusk Street and from distribution to bars and restaurants—“If we lost one of those legs, we’d have another one to support it,” he told Boise Weekly. Then, when the pandemic hit, the taprooms, many of the restaurants and most of the bars that served his beer started to close.

“We had brewing and fermentation when the shutdown came about, and we knew that being an IPA, if we were to hold onto it, it would be an out-of-date product when we got through this,” Black said.

April is the fourth-annual Idaho Craft Beer Month, and the COVID-19 pandemic has put the screws to an industry that normally celebrates spring with grand festivals, patio seating, new releases and, for industry insiders, the Craft Brewers Conference. Industry woes, however, haven’t dampened the collaborative spirit of Idaho brewers and workers in adjacent industries, who have in many cases banded together to keep the Gem State in suds.

The news coming out of the craft brewing business on a national level is dismal. According to a quick and dirty survey released by the Brewers Association, 90.9% of brewers said onsite sales declined after states started responding to the pandemic, with 87% saying they’d closed their taprooms and brewpubs. More than a quarter of respondents said they’d stopped production entirely, with an additional 61.1% saying they’d slowed production. The most distressing news: Most breweries (61.1%) said they anticipated laying off workers as a result of current events.

In Idaho, observers said the situation is dire, but not intractable; and Craft Beer Month, though not as ambitious as it has been in years past, is still on its rails, having gone digital with online contests, giveaways and other ways for people to celebrate. Idaho Brewers United, which puts on Craft Beer Month alongside the Idaho Department of Tourism, has also tracked developments as they’ve unfolded, with IBU Executive Director Sheila Francis saying the difference between the April she envisioned and the April businesses have seen is like night and day.

“It’s like a different world. In January, we were anticipating some spring openings of a couple of breweries. In Idaho, breweries open, a handful a year. We’ll see that adjust a little bit,” she said. “We had big plans for a festival, having this really cool glassware release. We’ve completely pivoted for obvious reasons.”

The pandemic has slammed Idaho agriculture. Industry leaders have reported monumental disruptions in the supply chain, and Idaho’s congressional delegation has forwarded those reports to the United States Department of Agriculture to ensure relief efforts don’t leave the Gem State in the dust. Among their top concerns: The beef industry as a whole could experience up to $13 billion in damage, and with more than 2 million head of cattle, Idaho ranchers will suffer; up to 1 million gallons of Idaho-produced milk are being dumped per day and processors have cancelled contracts with growers while their potatoes are still in the ground. “This is just the beginning of what could be years of hardship for our farmers,” they wrote.

Michelle Gooding is one of those farmers and the president of the Idaho Hop Growers Association. A sixth-generation hop-grower, she works at Gooding Farms, which moved to Idaho in the mid-1940s after starting up in St. Paul, Oregon, in 1895. She said at the start of the new year, the overall outlook for growers like her was positive, and the hops industry as a whole was taking a somewhat more conservative tack to maintain a profitable balance between supply and demand. Nevertheless, Gooding Farms threw some capital into itself, putting up some new trellises and planting first-year crops that would be ready to produce in upcoming seasons—a substantial investment, Gooding said.

The economic pinch of the pandemic hit the small brewers right in the taproom, and the crimp spread straight up to the hop growers, who quickly began to coordinate among themselves to spread out the damage, which Gooding said could range from a 5%-25% hit, depending on the diversity of the farm’s portfolio and who buys their crops.

“Things were good. Things were looking strong, still. There was some pressure from the seltzers; craft was starting to feel that,” she said. “But fast forward to where we sit today—it’s a bit of a different picture.”

Idaho is America’s second-greatest hops producer behind Washington, but Amaya Aguirre-Landa of Mill 95, a Parma-based hops processor, said the craft beer industry is a “labor of love,” if not always a “huge money-making endeavor,” and it pains her to see her customers struggle. Since the start of the pandemic, Mill 95 has launched its own Brewer Relief Program, which supplies hops to brewers at a discount or for free, and provides media promotion for its customers. On a “very limited basis,” it can temporarily employ furloughed brewery employees at its facility and with its suppliers.

Mill 95 geared its efforts toward helping its business partners recover, but there’s little expectation that the craft beer industry going forward will look anything like it did pre-pandemic.

“The conversation we seem to be hearing from brewers, other folks in the industry and the [Brewers Association] is that things are going to take a pretty major shift,” Aguirre-Landa said. “The breweries are going to be looking at things differently.”

One of those major changes has been, and likely will be, a shift toward packaging beers, which consumers have widely seen as a safer way to buy and drink beer than out of a glass at a taproom or bar during the pandemic. At Lost Grove, Jacob Black said a third support for his business came from his friends and former employers at Payette Brewing, who rapidly helped him can his beers. In short order, he said, his product was on the shelves at Albertsons.

“It was a pretty amazing turnaround,” he said. “Within two weeks of us realizing what was taking place, we had cans on shelves in the stores.”