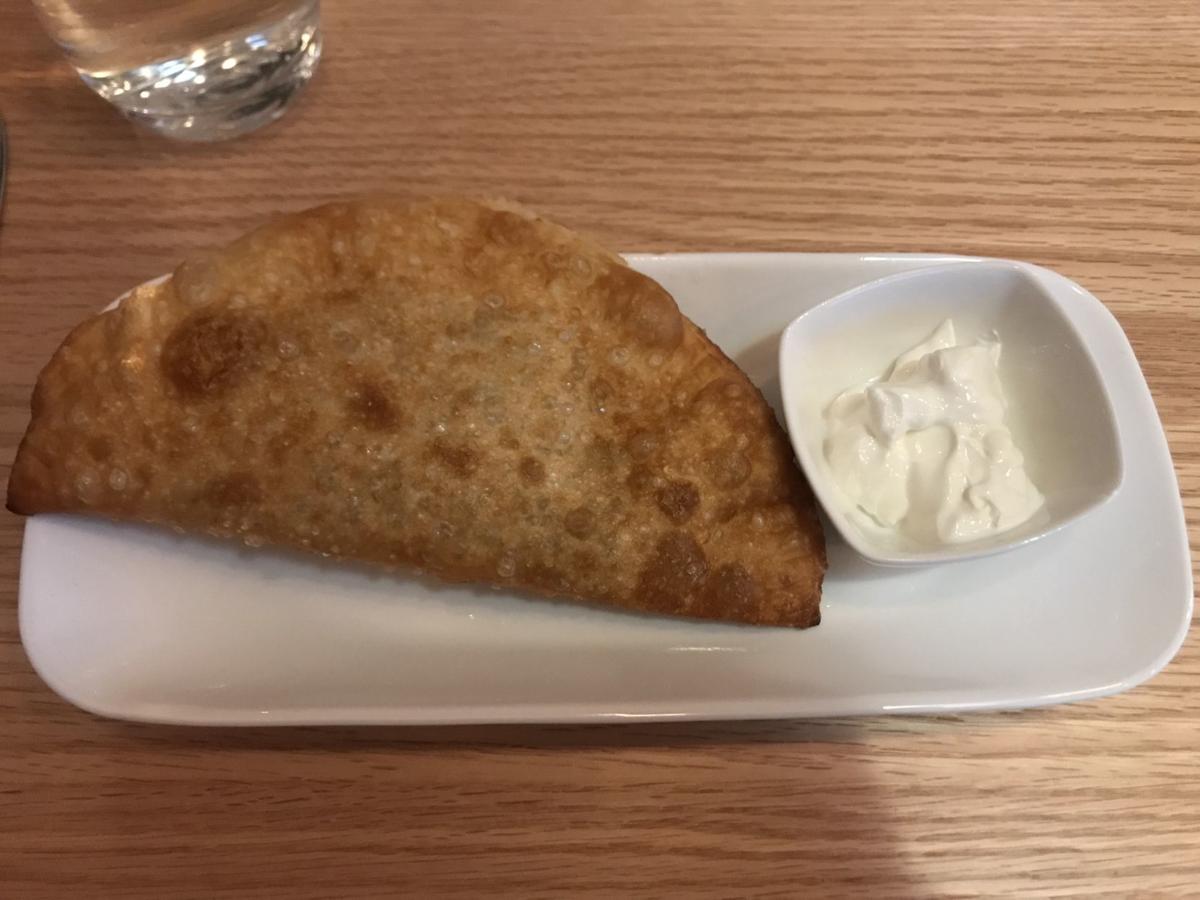 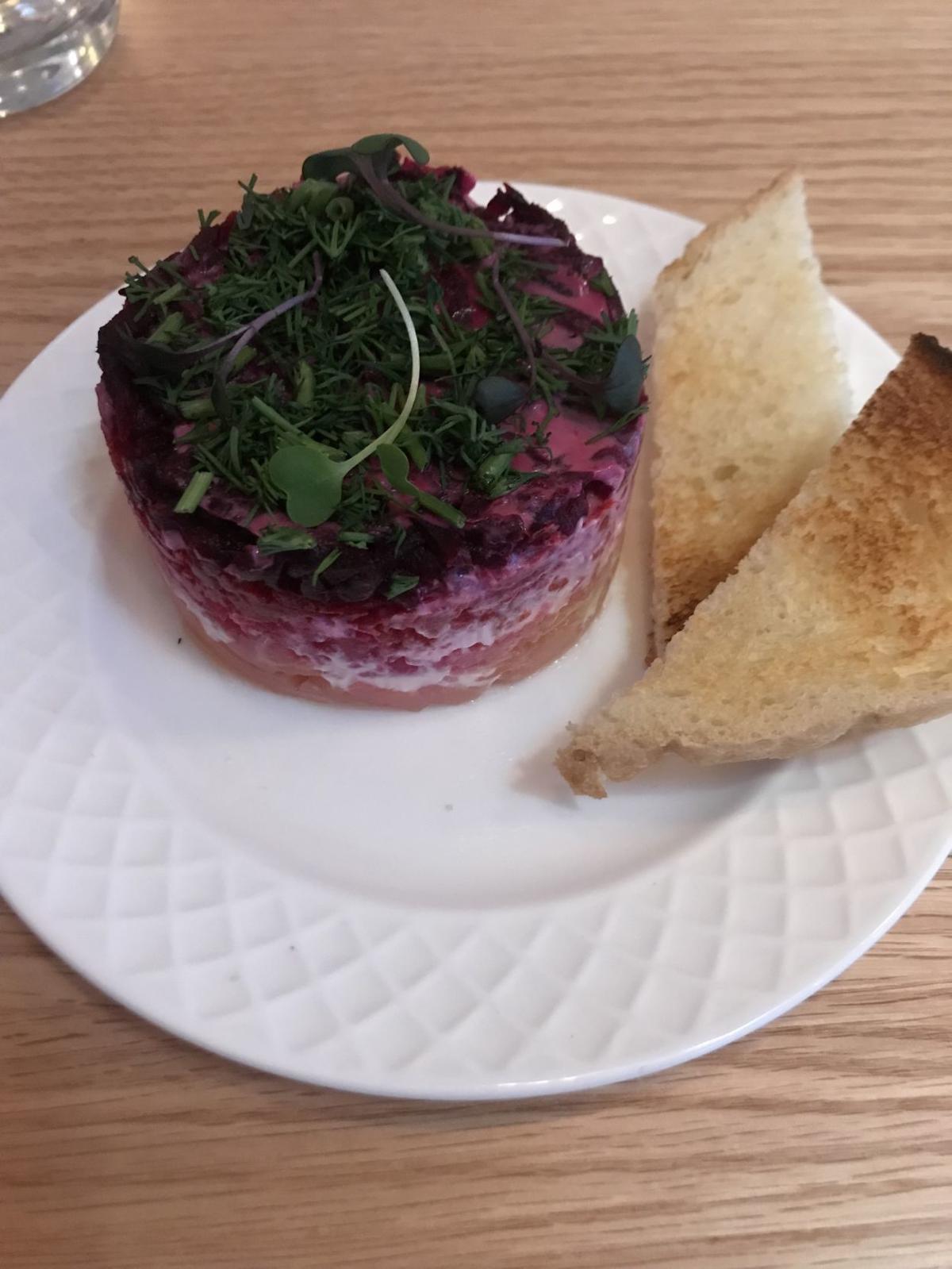 The intersection of State and Lemp streets is one of the most storied crossroads in Boise. Widely known as the former home of the aptly named State & Lemp, James Beard-nominated chef Kris Komori’s tasting concept that blazed through the restaurant scene in a flash of garnished glory, this location is indelible to Treasure Valley foodies. Though Elena DeYoung’s restaurant, Alyonka, is new to the space as of November 2019, her own history with that famous corner began before State & Lemp opened its doors in 2013.

Seven years ago, DeYoung saw a “For Rent” sign in the window of a building near her church. Along with other members of the St. Seraphim of Sarov Orthodox Church, she had been running Boise’s Russian Food Festival for several years. What had started as a small group of busy hands shaping Russian dumplings in DeYoung’s kitchen to raise money for a friend quickly became a much-anticipated community event. Every year, people asked where they could find traditional Russian food after the festival ended.

But when DeYoung called to inquire about the State Street building, it had already been rented; a few months later, State & Lemp opened its doors.

“It was like a sign for me,” she said. “It wasn’t the time.” She gave up on the idea and focused instead on caring for her two young children and niece.

Last summer, the story repeated itself: DeYoung was driving and noticed a “For Rent” sign in the window of what was most recently the restaurant Epek. The Russian Food Festival had been running for nearly 13 years, and her children, while not yet adults, no longer needed as much of her time. Though the beginning of the story felt like déjà vu, the ending took a new turn.

“I called the owner, and within four days it happened,” she said.

Now, the building on the corner of State and Lemp serves blini and pirozhki; borscht and beef stroganoff—the food DeYoung grew up eating and cooking in Kazakhstan. Her mother raised her six children alone after her husband died, working as a teacher for day and night classes. DeYoung spent her free time leafing through cookbooks with glossy photographs that inspired her to learn and experiment in the kitchen.

“Even though we didn’t have much money for clothes or anything extra, we would always have food in the house,” DeYoung said. “My mom would make sure the refrigerator was full of stuff I could cook.”

Alyonka’s menu features dishes DeYoung has been making since her early days of trial-and-error gastronomy. Her technique has also remained basically the same: Rather than follow strict recipes, which often result in the sense that something is missing, she creates based on instinct, memory and taste. The outcome is high-quality food that refuses to announce itself as such. Alyonka’s dishes, from goriyachie zakooski (hot appetizers) to the display case of hand-made pastries, taste authentic, as though each one was made specifically for every individual diner rather than an indistinguishable mass of them.

Her care is evident in each dish on Alyonka’s menu, constructed with a thoughtfulness that adds to the comforting nature of the food. The shuba, for example, is a traditional Russian salad (known colloquially as “herring under a fur coat”) that consists of pickled herring, boiled vegetables (often beets and carrots), eggs and mayonnaise, layered one on top of the other.

“I’m not a big fan of herring, so a few years ago, I tried it with mackerel and I really liked it. When I started thinking about the menu here, I thought not a lot of Americans liked mackerel,” said DeYoung. So instead, she used smoked salmon, a fish particularly appreciated by Idahoans. The smoky flavor adds depth to the dish, and topped off with dill and sprouts, it tastes surprisingly light and fresh.

Whether it’s the shuba or the stuffed sweet peppers filled with rice and ground beef, or maybe the chebureki, the fried crescent-shaped turnover whose filling—either meat or vegetables—is almost too rich until it’s cut with the sour cream that comes on the side, the food at Alyonka might cause diners to feel like they have mistaken DeYoung’s restaurant for her home, so comforting are the flavors. Though perhaps new to many native Boiseans, traditional Russian tastes surprisingly familiar here.

“I just want people to really experience the Russian hospitality and the flavors I grew up with,” DeYoung said. “Serving people brings happiness and a kind of joy to my heart. In Russia we have this custom—when a person comes into your house … you always feed them before asking, ‘How are you?’”

DeYoung has big shoes to fill: State & Lemp ushered in a renewed attention to Boise restaurants and fine dining in the Treasure Valley. But DeYoung stands at Alyonka’s helm with the quiet confidence of a woman who works hard and remains loyal to the traditions and values that shaped her. As one of the only Russian restaurants in Boise, Alyonka is writing a new story for this infamous culinary locale.

Under her watchful eye, her restaurant—and the miniature histories made within it—will soon be named among the excited chatter elicited by mention of the State and Lemp intersection.

a new chapter for