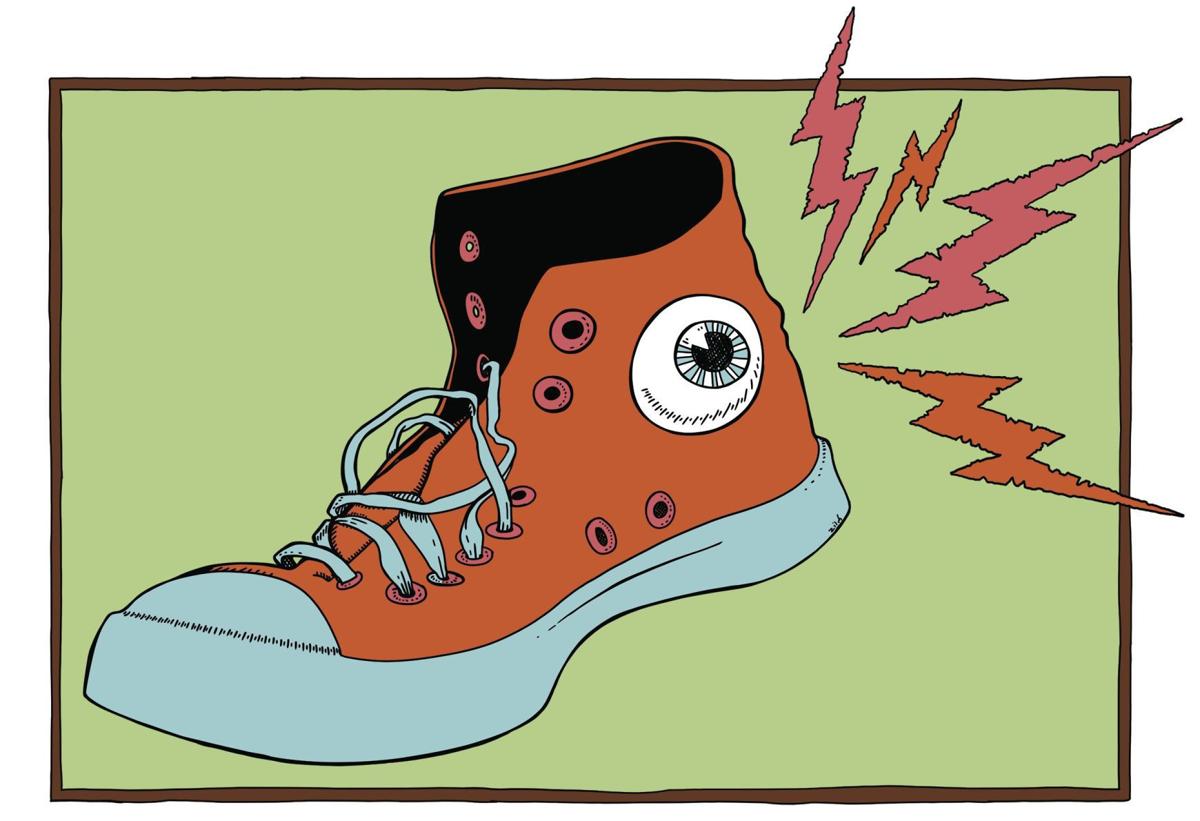 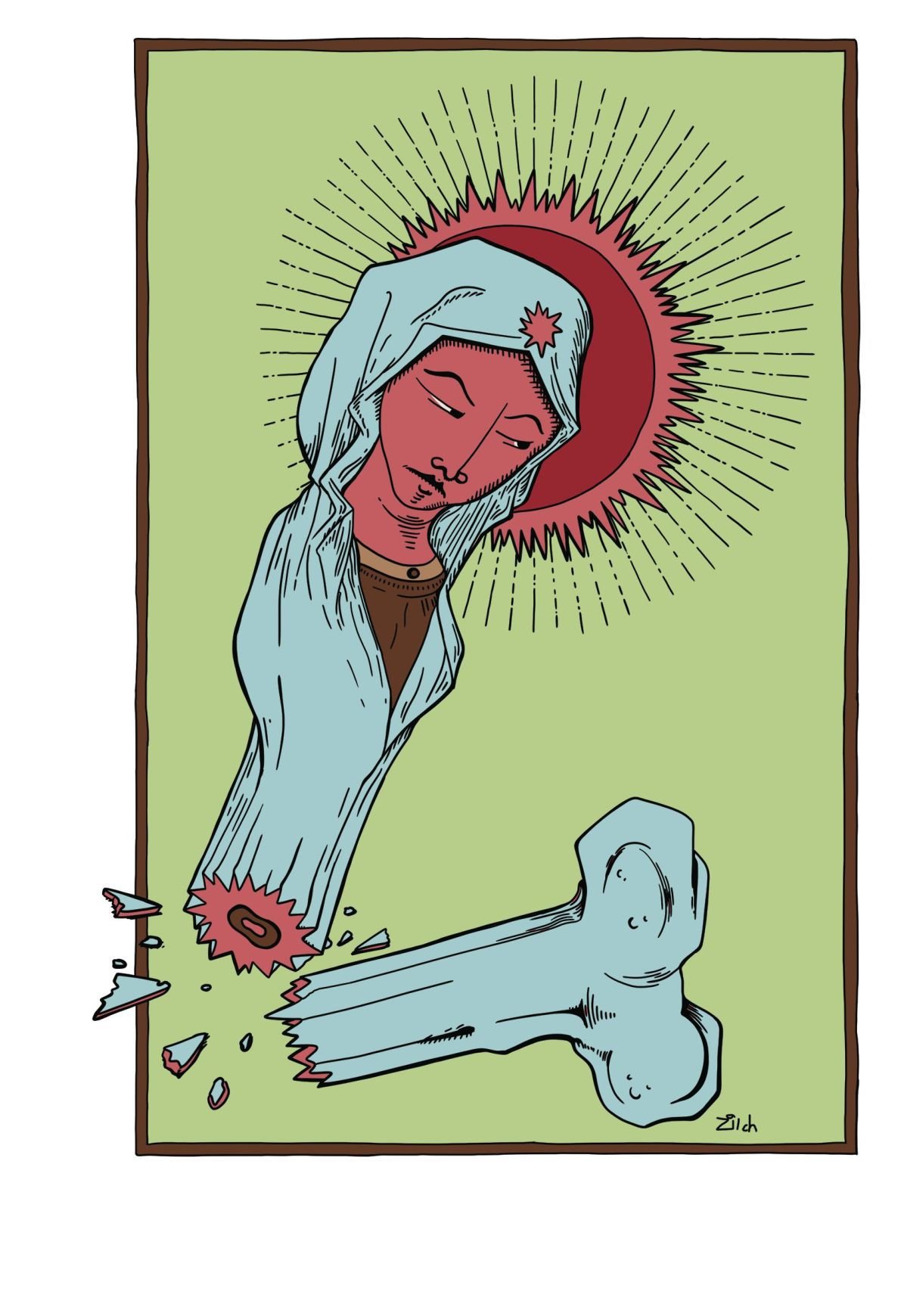 All illustrations by Jeffrey C. Lowe

If the Boise Weekly Fiction 101 Contest were a human being, that person would be old enough to join the military and vote. Just like a real person, it has matured and developed a personality of its own, and in recent entries of the contest, it has become a windsock of Boiseans’ anxieties, triumphs and general interests. Not a year goes by when our judges don’t consider a story about the loss of loved ones and pets, tales of hunting and fishing, and a bevy of entries about the ravages of time.

This year, readers submitted a near-record number of entries, judged by some of the most illustrious members of Boise’s literati: The Cabin Executive Director Kurt Zwolfer, Idaho Commission on the Arts Literature Director Jocelyn Robertson, local author Christian Winn, playwright Kevin Labrum, and Books & Booze organizer Paige Thomas. Together they pulled from the pile some of the finest works in the history of the contest. Check them out below, and be sure to attend this year’s contest reading party at Rediscovered Books, starting at 6 p.m. on First Thursday, Jan. 2. We hope to see you there!

Millennia, and two sunrises later, they returned to collect the ashes, now housed in an urn they’d chosen from a catalog of urns—a bizarre utility, largely unperceived of until now.

Like some macabre magic trick, the forty-year-old woman they’d given a name, was placed back into their arms—now the weight of five pounds but the most they had ever carried.

They took turns holding the baby-pink urn with a scattering of mirrored butterflies throughout.

Unpredictably, much to their agony and dismay, nearly every vantage-point revealed the sorrowful fractals of the holder’s reflection.

“We will find something else,” he promised.

I see Omar and his fluorescent orange running shoes near the trailhead, beneath the pregnant steel cloud of the water tower. Twice my age, half my weight, blind in one eye, he stands in the skeleton weeds, gazing out over the valley.

I wonder, as he speaks, which eye holds sight for the weathered man–the eye dark as fresh rain on naked earth, surveying the city where he will raise his granddaughter? Or the eggshell eye, blind to these hills, forever staring to Manbij and the Euphrates bank where his son and half his heart are buried?

The Doctor brings the x-ray of my heel into the exam room. Says, “Looks like the Virgin Mary.”

I look. My heel is an illuminated visage resembling the Madonna, the surrounding flesh a pale halo.

“You might make some money with this,” the Doctor says.

Which I attempt due to lack of insurance. But what follows; the Tent Revivals, the Healings, the False Prophecies, is never enough.

Now I am strapped down face first in a hospital bed when they come to worship. My foot raised up. The skin and muscle of my heel flayed back, exposing this vision of bone.

Whenever I fell for a rough boy, my abuela whispered, “Cria cuervos, y te sacaran los ojos.” Roughly it translates, “Feed crows, and they’ll take your eyes out.” I translated it as, when you give energy to negative things, only disaster results. Perhaps abuela would disagree. But she’s dead.

Drunk off of funeral wine, I stumbled to a nearby park. I sat, eating purloined snacks. A little crow hopped near. I gave him some jamon.

West Virginia, 1938: Midnight sky is subtly, then intensely, electrified red. Bands of quivering light thread between the Appalachians. People run into the street—robeless, barefoot. They fall on their knees and confess their sins.

“Fire sent to consume us!,” Ma screams through the crimson-bright house, “Wake up! Pray!”

Opal’s weak legs can’t raise her from bed but she knots her hands, prays harder than anyone. She knows God’s been after her for years. Her polio, penance for those men with moss-soft beards, their cigar-coal smell, the remembrance of which, even now, draws her mind from the solitary work of purity.

In the airplane bathroom, you’re looking at your naked butt in the mirror. You’ve never before had the desire to shake your ass under colorful lights for an audience but suddenly you’re mourning that bygone potential. You bounce both cheeks with your fingertips. Are they sagging closer to the floor every time they fall? When you spank them do they make a pleasing spank sound? When seated bare on, say, an airplane bathroom countertop, do they fan out like two fried eggs?

Puppeteered by your hands, your cheeks say, “Hey, you’re doing your best.” The fasten seat belt light comes on.

I don’t like ‘Ralph.’ My colleague got ‘Rebecca’ and likes it. Ralph exists to give you faith I am like you.

“These names reduce the ‘relatability gap,’” they tell us. But Ralph will not convince you.

My father kept goats and never made more than $400 in a year. My father drank the wrong water and died in the dirt. Do you relate?

Talk right you say. We’re not allowed to hang up.

My family is proud. They do not know that here I am Ralph. I am not Ralph. I am called Sanjeev Pavel. I don’t know who I am.

Maggie was waiting at the light when she noticed white fluff blowing from a torn mattress left on the side of the road. Imagining that the mattress had absorbed the dreams of everyone who ever slept on it she saw those tiny puffs as years of dreams set free. She thought about her mother locked in the terrible silence of her stroke and bedridden. Does her mattress hold her dreams? Maggie decided that then next time she visited her mother she would cut a small hole in her mattress and put some stuffing to the wind. She smiled and drove away.

She threw away all of her silk blouses, her cashmere sweaters. Everything that needed to be tumbled dry on low. Washed on delicate. She couldn't have anything anymore requiring special care. She buried her houseplants in the garden, tilled them under. She took off her dog’s collar.

Two weeks into thumbing rides she climbed onto the bench seat of a decades-old station wagon next to somebody’s grandfather. He asked if she had family somewhere. She almost hadn’t gotten in, had waited for another trucker to drive her across Nebraska, Iowa. Places it didn’t look like there was anything she could break.

When your brother is a dog you don’t ask your mother how it happened. The first morning your brother is hit by a car, you cry till you think your voice is a raisin. The seventh morning it happens you wait. He reappears that evening in a different dog body. The coyotes call him away with scented songs, and he is swallowed in pieces. The house mouse you trapped the same way with Enya and peanut butter, escaped whole. Wary of wild smells he comes back a terrier. You tell him to ‘speak’ about his fur reincarnations; he chases his tail.

We wait until dark to eat the mushrooms, until we’re certain we’re alone. They’re kicking in when the Dodge rumbles into camp, trailing oversized flags.

They unload. Manifest a boombox. Chug cheap beer. Laugh too loud. I‘m unsurprised by their guns, the wolfsangel tattoos.

Then Jasmyn pulls me deeper into the woods, away from camp. Our black skin luminesces. Down the mountain, the city is haloed by prismatic light. As the whoops and hollers fade behind us, so does my fear, and as we slide naked into the river I realize I carry with me all the same particles as God.