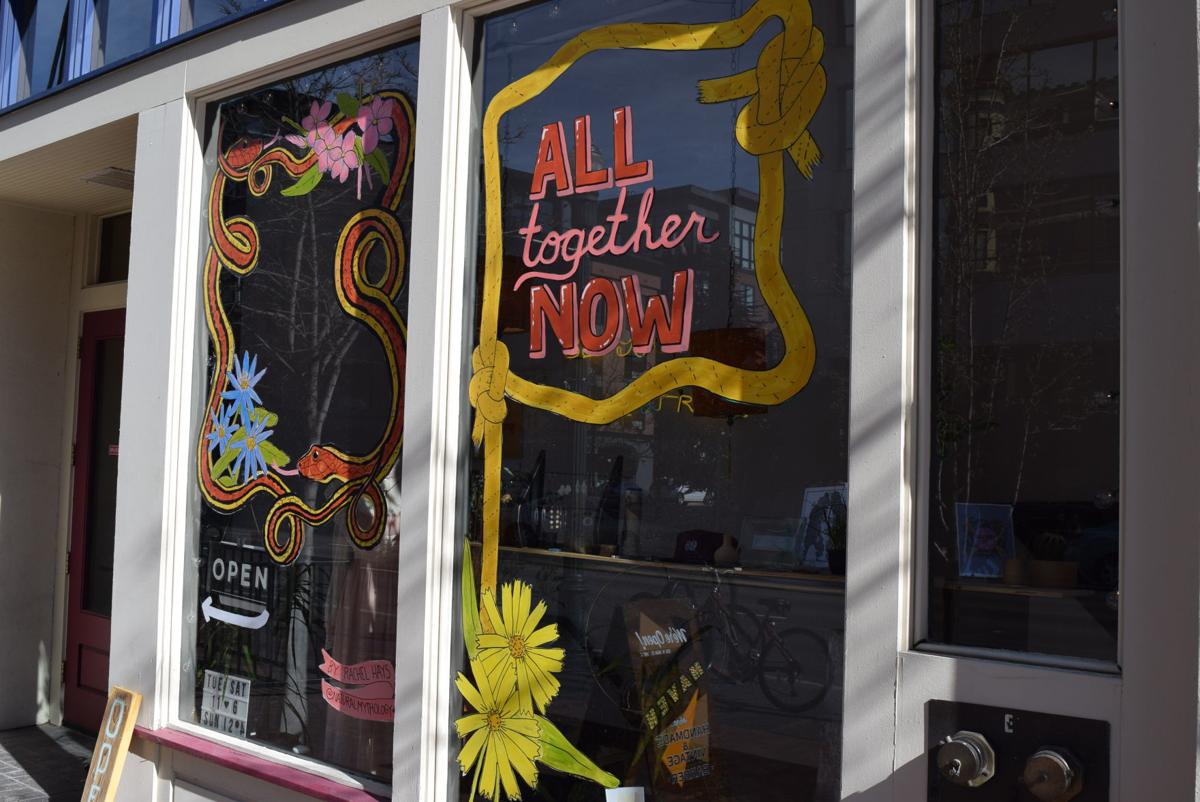 Treefort's decision to postpone was not made lightly, but organizers said it was clear it was the right decision. 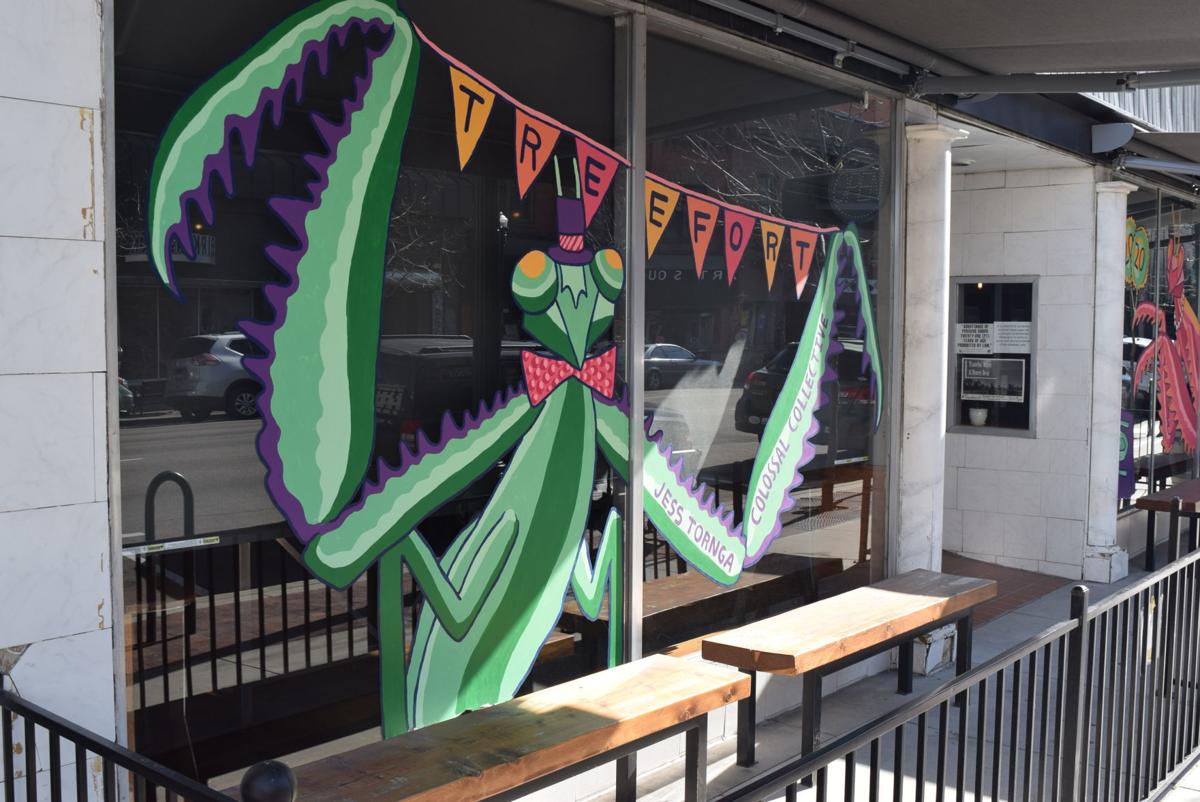 Treefort’s decision to postpone was not made lightly, but organizers said it was clear it was the right decision.

The festival will now take place in September, meaning there will be two Treeforts within six months of each other. 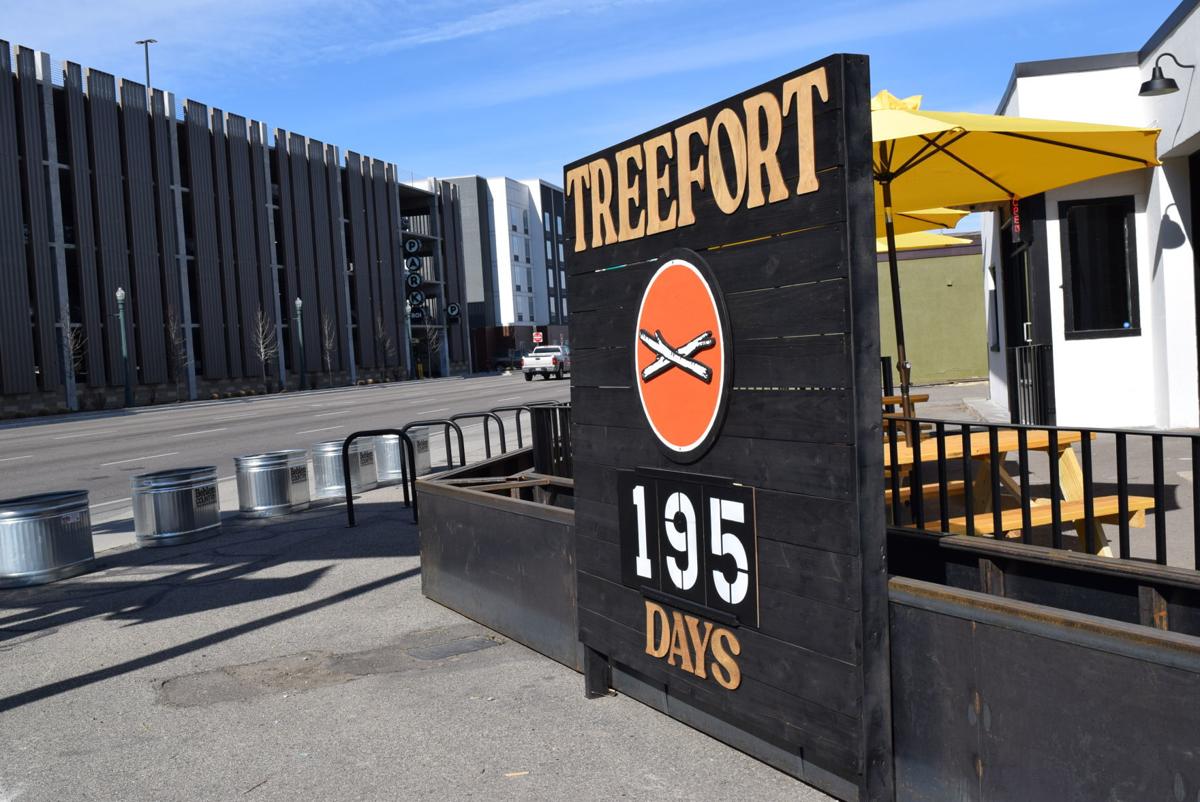 Since Treefort's decision to postpone, the spread of COVID-19 has grown measurably worse.

Treefort's decision to postpone was not made lightly, but organizers said it was clear it was the right decision.

Treefort’s decision to postpone was not made lightly, but organizers said it was clear it was the right decision.

The festival will now take place in September, meaning there will be two Treeforts within six months of each other.

Since Treefort's decision to postpone, the spread of COVID-19 has grown measurably worse.

It takes a village to create a music festival, and in the case of Treefort Music Fest, it takes one to make the call to postpone one, too. Amid concerns over COVID-19 spreading to Boise, festival organizers opted to reschedule for September.

“Obviously we had been considering our options the week before. We have been watching everything that was going on. We kind of kicked around what postponing would look like, and then when South By Southwest cancelled, that just got a little more real,” said Marissa Lovell, Treefort Music Fest’s publicist.

COVID-19 is a disease caused by novel coronavirus. The spread began in late 2019 in Wuhan, China, but quickly moved to other countries. It typically begins with symptoms like a dry cough, shortness of breath and a fever. It particularly affects the elderly, smokers and people with compromised immune systems, and spreads rapidly.

The decision to postpone wasn’t made lightly. As the spread of COVID-19 started to dominate the news, it was unclear whether postponing was the right decision for Treefort. While cases were popping up in surrounding states, Idaho had no confirmed cases at the time. Calls went out on social media for Treefort to cancel, but that can’t be done with the flip of a switch.

It was a slightly different situation for Treefort. For SXSW, the City of Austin, Texas, required SXSW to cancel. However, Boise didn’t put the squeeze on Treefort.

“We had been talking with the City and [Central District Health], and when we were looking at everything that was going on, it just came down to we need to make the best decision for us—and by us I mean all of the artists that are coming, all of the people that are coming,” Lovell said. “It was very much less of a business decision and more of a we knew it was the right thing to do.”

Initially, there were some talks about postponing until June, but that felt a little too soon, considering the uncertainty of how long the spread of COVID-19 will continue. Eventually, they settled on September.

“We had been looking at some other months and with how unknown this is, it felt that moving to June was a little too soon,” she said. “[September] just seemed like the right one.”

This created logistical issues for Treefort. Hosting a festival in September means that there will be two Treeforts within six months of each other. However, Lovell and company are confident that the fest will go forward without a hitch.

What’s more, Treefort is one of the only festivals currently offering refunds to ticket-holders. Refunds will be offered through Wednesday, March 18.

“Usually the criteria is you have to have a pretty good case, it can’t just be ‘I went the first day and I didn’t like it.’ But right now we get it,” Lovell said. “There’s people that can’t come right now.”

While refunds have been offered, Lovell said she encourages people who can’t make it to sell their pass to a friend with the permission of Treefort’s ticket office, as a rash of refunds could put Treefort in a tough spot financially. To mitigate that, Treefort opened a way to send them money through Eventbrite.

In many ways, Treefort set the pace for local events and gatherings. Since its announcement, the Sun Valley Film Festival said it would cancel. The Boise Farmers Market, the Boise Philharmonic and Ballet Idaho have also announced cancelled or postponed events. Boise Pride Festival also put off its June event until September.

Boise and Ada County have declared emergencies and are taking all precautions.

“It’s really nice to see people try to help in the way that they can,” Lovell said. “It was definitely very emotional and stressful, but there was a little bit of relief because we all knew it was the right decision.”

While postponing puts Treefort in a tough spot, it’s no easier for the artists that planned on playing. Most bands will not play shows for the next few months. International acts that planned on playing Treefort had to cancel their tours. Ontario, Canada-based band WHOOP-Szo, which narrowly made it through the visa process to play Treefort, has cleared its plate for the next two months, Manager Brendan McCarney said.

“Luckily our visas cover an entire year so this doesn’t hurt the band in that specific sense,” he said.

Locally, Sun Blood Stories said that it won’t be able to tour, and though it has some money stashed away, it won’t last forever.

Most bands nowadays make almost all of their money from touring and playing shows, with record sales and streaming making up only a fraction of their incomes, but Kirby said he appreciates the decision on the part of the festival.

“It’s certainly the right thing to do to postpone Treefort and cancel all of these shows,” he said.

There has been an outporing of support from the local music scene, however. With a tight-knit community, bands have rallied together, figuratively speaking.

“We all check in on each other, everybody is scrambling to make up whatever income would come from shows,” he said.

Kirby said that Sun Blood Stories is looking for ways to still play music, and considering alternative ways to perform for audiences, including streaming live shows for viewers to watch from their homes. The best way to support local music right now is to buy band merchandise, he said.

While it’s a difficult situation, Kirby said that the health of the community is most important, and it’s imperative that people do their parts to stop the spread.

“Just do your best to socially distance yourself and make sure you’re not doing anything that’s not going to make this pandemic worse,” he said.

Catherine Merrick, of local band AKA Belle, said that Treefort is huge for artists, many of which plan album debuts and tours around the festival.

“We start months in advance, even for local bands it’s changed how our schedule is. It’s huge for the touring bands,” she said. “Artists time releases and debuts for Treefort and it affects bands and schedules a lot.”

It doesn’t just affect local artists. Local businesses are being hit by the spread, too, many of which had prepared for a rush of income from Treefort—and certainly not market uncertainty following a viral pandemic.

“Treefort is a big time for us. It’s like a large promotion that’s gone away,” said John O’Neil, who works for The Record Exchange. ”We are doing our best to stay safe and that’s our prime concern, taking care of our customers. It was the right call for them to make. … We’re going to feel the effects all through the local economy. If it were me, I’d hang on to my ticket and wait for September.”

It’s impossible to predict the potential impacts of Treefort’s postponement, but continuing to support the arts will be critical to ensuring Boise comes out on the other side, Radio Boise General Manager Jessica Evett said.

“We’re taking it day by day and right now. If a band is here because of the festival and feels comfortable playing in the studio, we will accommodate that,” she said. “But this is going to have a huge impact on the music scene, arts and culture, and a lot of other scenes. To help bands through this, buy their music and support local radio and arts organizations. Art brings people together and it’s very surreal to be in a situation where we can’t convene.”

One of Treefort’s major supporters in its decision to postpone has been the City of Boise.

“We appreciate the due diligence taken by Treefort Music Fest in considering the health of residents in our community, and support the decision to postpone the festival,” Mayor Lauren McLean wrote to Boise Weekly in an email. “I look forward to celebrating our community and the artists at Treefort in September.”

While concerns were initially not as dire, the impact and spread of COVID-19 has become measurably worse nationwide since Treefort’s announcement. As of March 17, Idaho had confirmed seven cases of the disease, and Gov. Brad Little declared a state of emergency. The City of Boise, too, has declared that no gatherings with more than 50 people can take place, but recommends no more than 10 people should gather in one place.

“Each of us is concerned about our families, our livelihoods,” McLean said at a press conference on March. 16. “I’m going to call on everyone to extend the care we know we would need.”

In addition to prohibiting gatherings of more than 50 people, all City facilities will close to the public. Police and fire will continue to operate as normal, McLean said. Additionally, Meals on Wheels will still serve those in need while taking extra precautions.

“We’re doing this to protect the health and welfare of our employees and our community,” she said.

The prospects of community spread are scary, but it’s important not to panic, said Brandon Atkins, a program manager at Central Distric Health. For the most part, Idaho is well-positioned to handle the spread of the disease, Atkins said.

“We have been fortunately in one sense that we are watching this in other areas,” Atkins said.

Of the cases reported in Idaho, the symptoms have been comparatively mild. Still, the disease can affect elderly people and people with compromised immune systems, so everyone, regardless of age or health, should take precautions, he said.

“It’s not a disease that would say ‘oh you’re not under the age of 60, you’re not going to be affected,” Atkins said. “All of these things are because immune systems tend to wear out [over time]. That’s where the risk is going to be the highest.”

For information regarding COVID-19, Atkins said to look to local sources such as Central District Health and the State of Idaho’s coronavirus website, which will update more frequently than national organizations such as the Centers for Disease Control. To help prevent the spread, Atkins advised to continue practicing social distancing, staying home if you are sick and frequently washing your hands.

“We can only use what the science and the statistics are showing,” Atkins said.