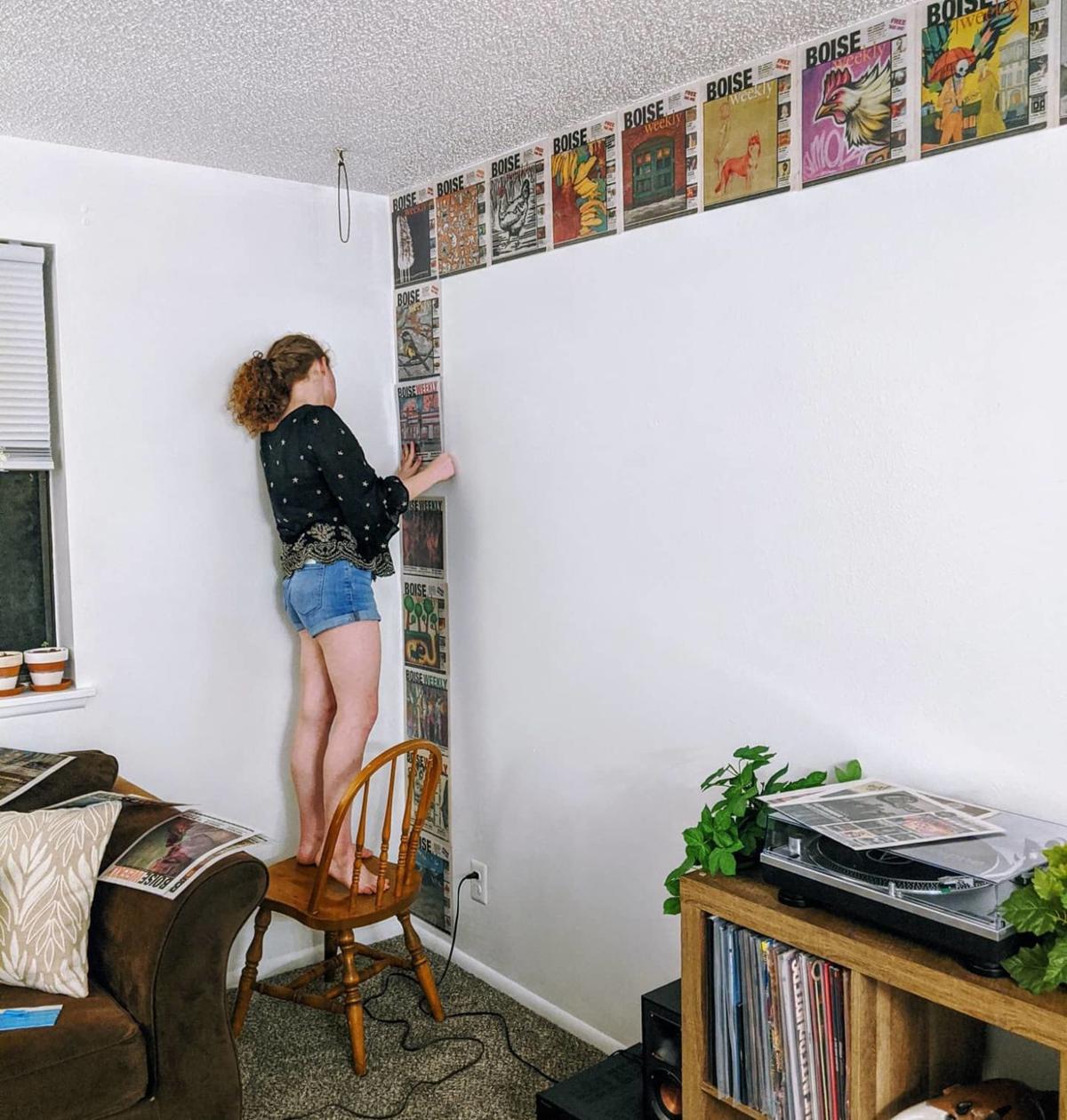 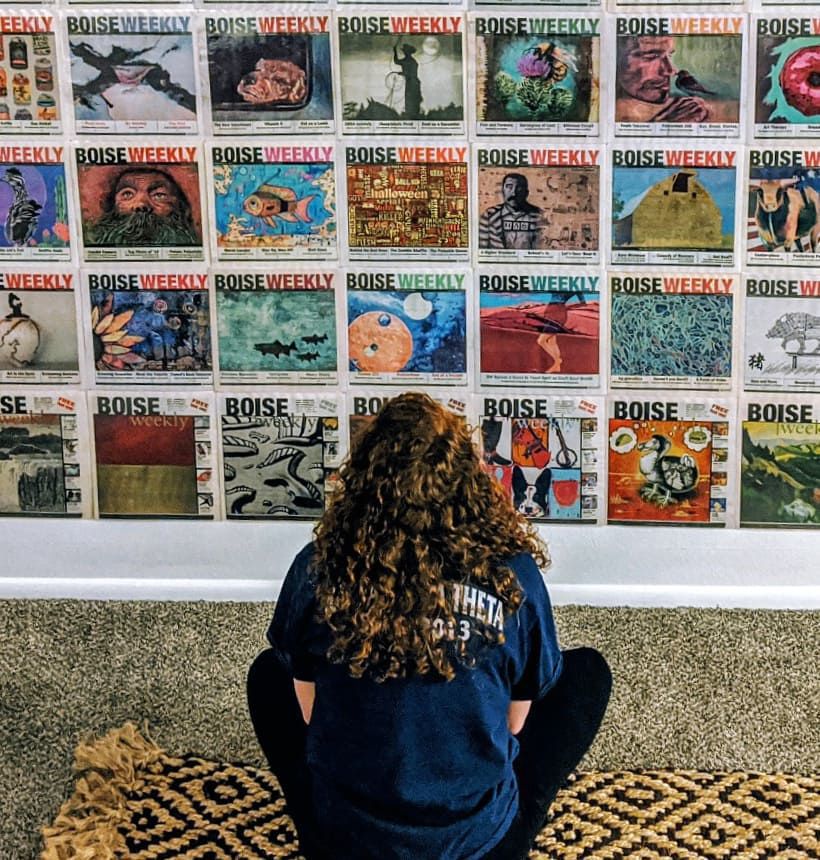 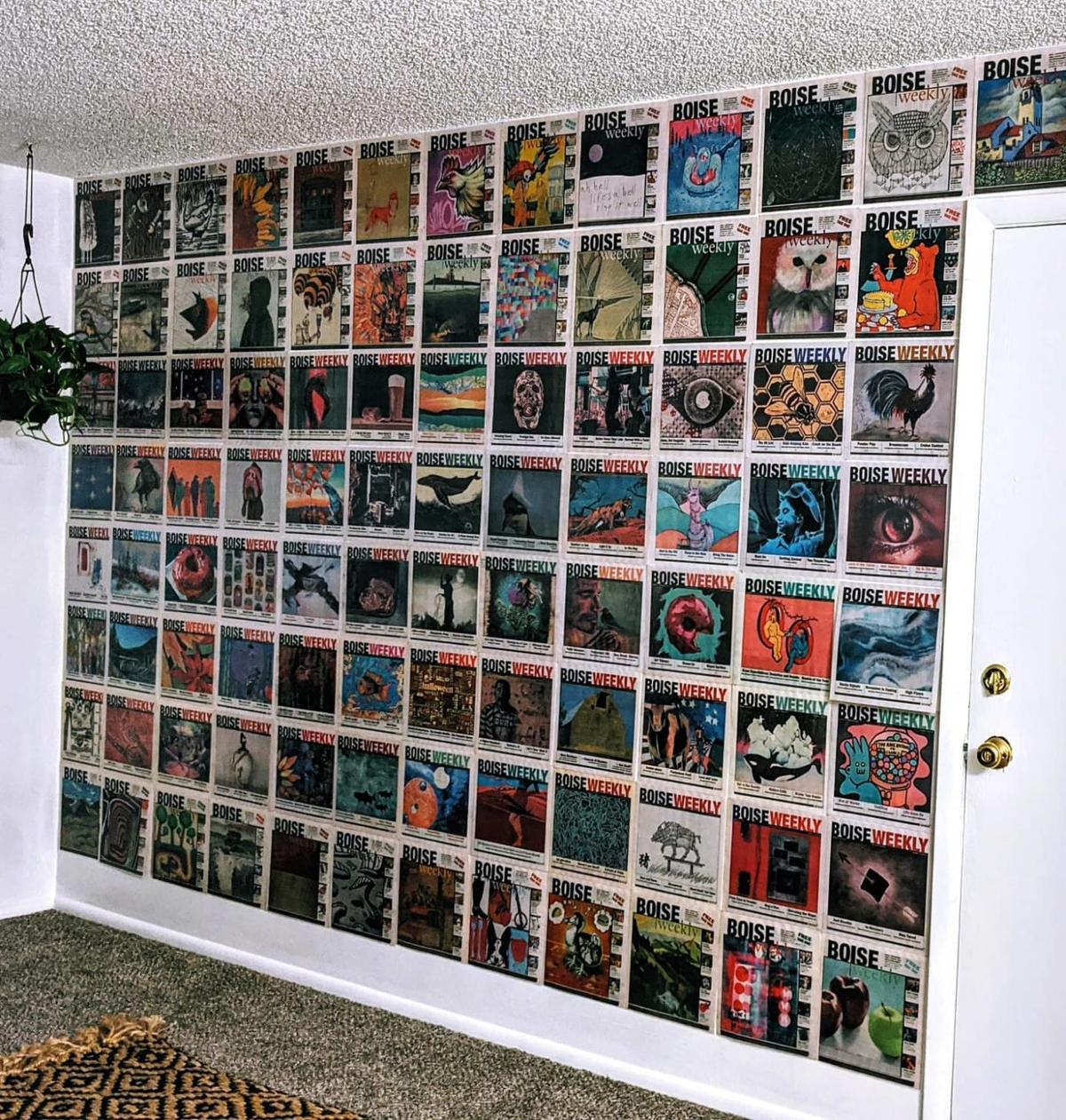 We at Boise Weekly are bad at tooting our own horn, but sometimes someone does something that so honors us that we just have to share. Now is one of those times.

A few days ago, we noticed Emma Niedholdt, who uploaded posts about her unusual project on Facebook and Instagram: a wall in her home that she had completely covered in laminated covers of Boise Weekly.

"Ever since I moved to Idaho in 2005, as a young kid, I'd always see these colorful-looking covers, and I'd grab them," she said. "They were raunchy and cool. I had this collection under my bed."

Niedholdt dreamed big and crunched the numbers, and in 2012, she began collecting covers in an effort to completely cover the walls and ceiling of her childhood bedroom with the art. She reckoned she'd need 600 covers to complete the task—roughly 12 years worth of papers.

"I remember calculating that out and thought, 'Better start getting to it,'" she said. "It became a bit of an obsession."

Through her years at Boise High School and, later, the University of Idaho, she continued to collect cover art, often with the help of her father while she was away at college. She said he sometimes folded the covers, but that only pristine covers in good condition would make it to her wall. Today, she has 160 covers in wall-worthy shape, and an additional 200-300 in reserve.

Now in a different living situation, she has begun to place covers on a wall in her living room, giving some of her favorite artworks pride of place. Looking back, she said, she thinks that while she does have favorites, the impression of all those covers in aggregate is what makes her project special.

"It's way more than them being pretty because something I really loved as a teenager was seeing all the individual personalities that would come out every week, and how unique and different they all were," she said. "They'd bring out different feelings."

Beyond having an affinity for the covers, Niedholdt said she's also an avid reader of BW, often turning to the astrology column first, but then going on to give the paper a thorough read-through.

For years, BW has published fine art on its cover, and to the best of our knowledge, we're the only alternative newsweekly in the country to do so. Every year in October, we auction the original art off to raise funds for our artist grant program.