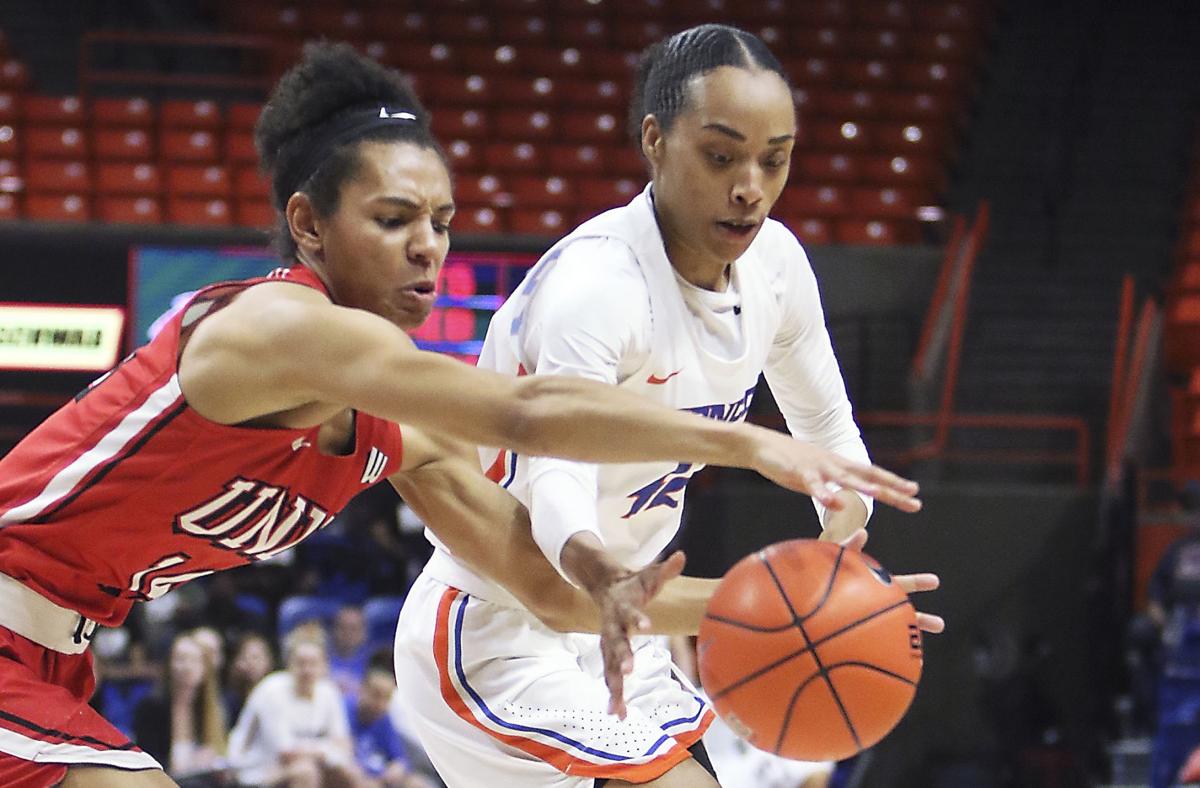 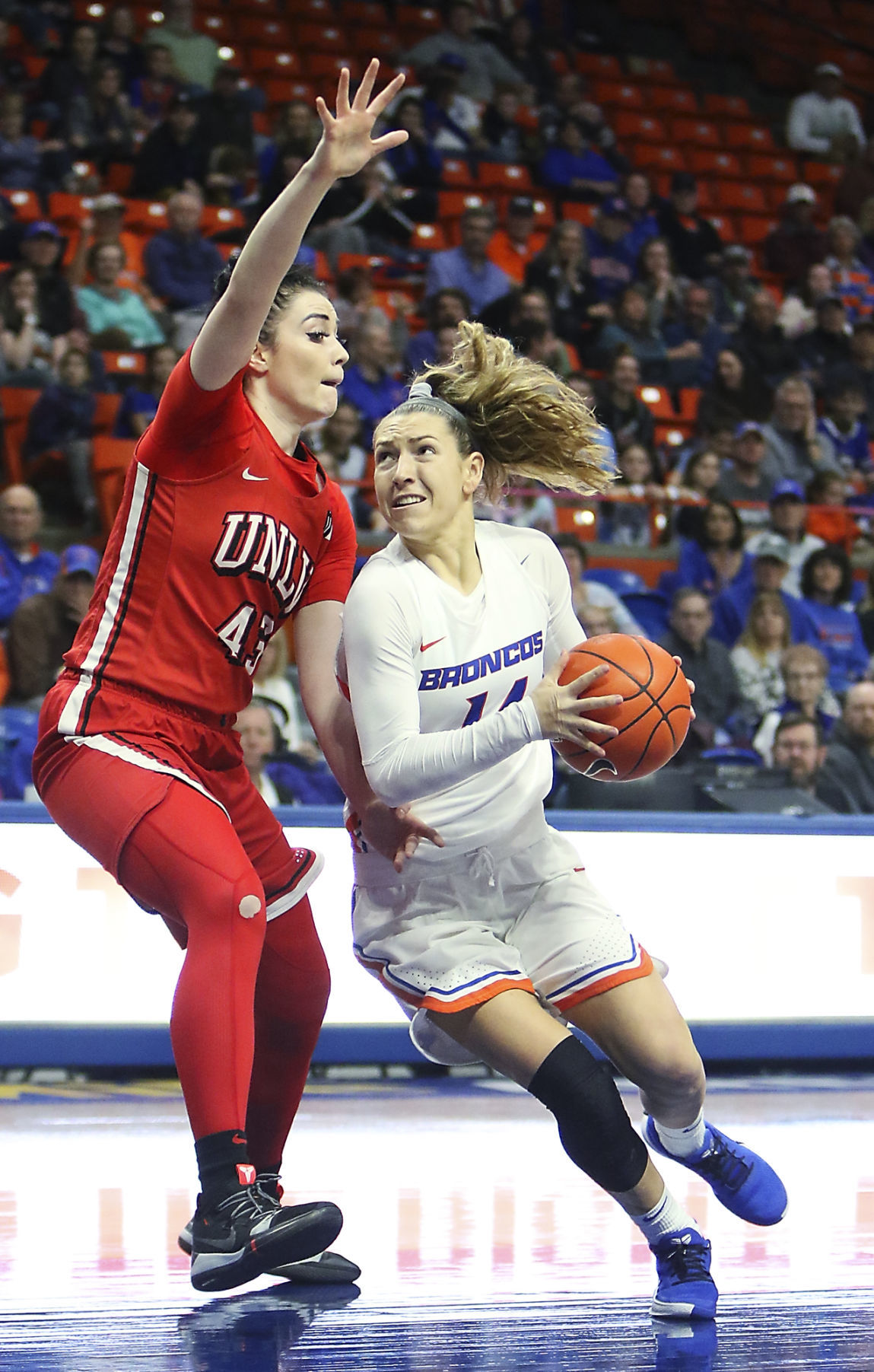 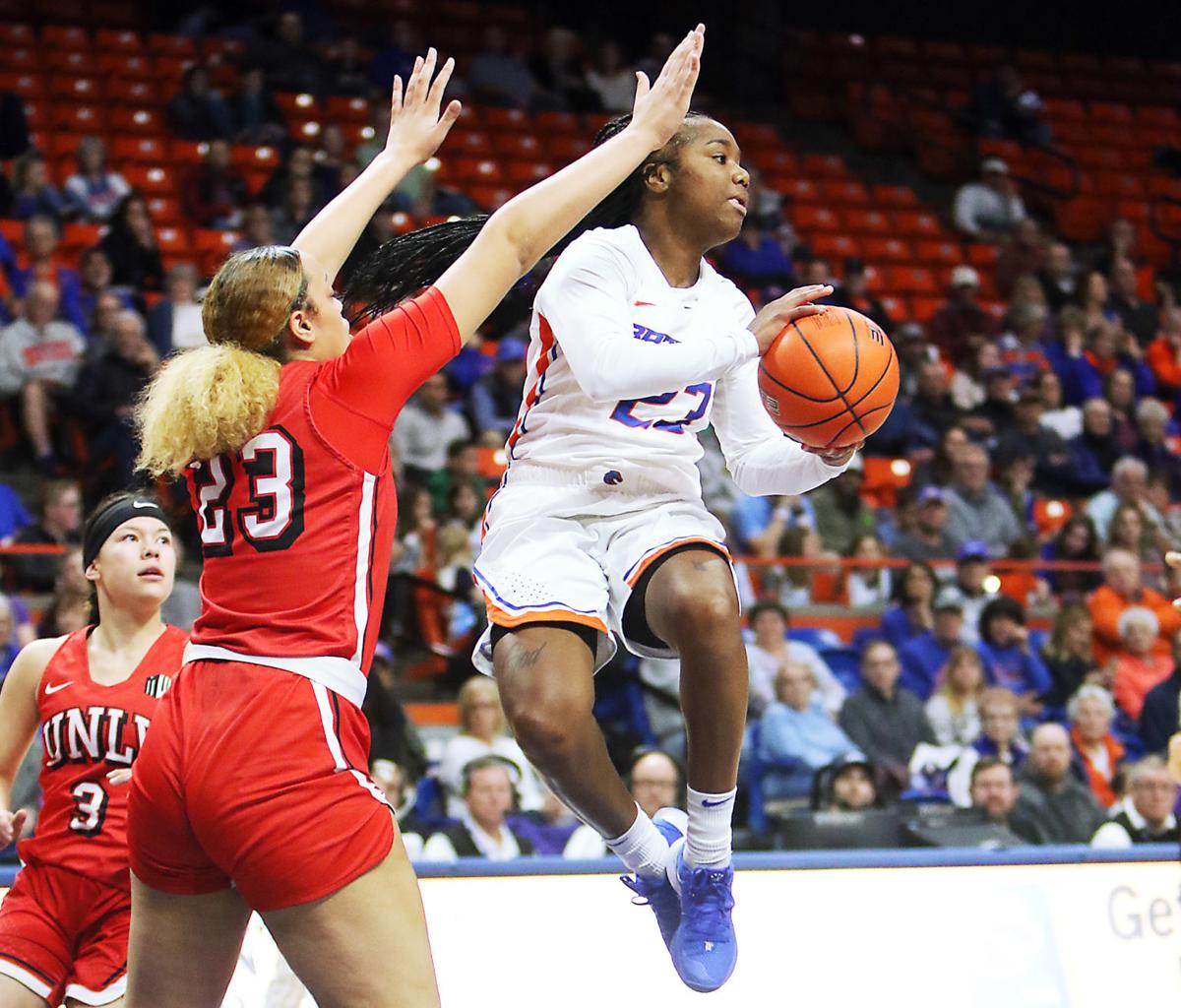 BOISE — The Boise State women’s basketball team has beaten nine of the ten other teams in the Mountain West at least once this season.

If the Broncos can make it a perfect 10 for 10 next week in Las Vegas, they will be headed back to the NCAA Tournament.

Boise State closed the regular season with a 81-52 win against UNLV on Monday at ExtraMile Arena, securing the No. 2 seed at next week’s Mountain West Tournament and avenging a 66-65 loss to the Rebels on Jan. 8.

“The tournament’s crazy, so getting the second seed is huge,” said senior Riley Lupfer, who scored 18 points for the Broncos. “We’re packing our white uniforms. We obviously want to be the 1 (seed), but 2 is the next best.”

With the win, Boise State (21-9 overall, 13-5 Mountain West) has beaten every conference foe except for league champion Fresno State. The Bulldogs won 85-80 in the two teams’ only meeting on Jan. 25 at ExtraMile Arena. If they meet again, it will be in the Mountain West Tournament Championship game next Wednesday.

Boise State enters the tournament on a five-game winning streak, including margins of victories of 18, 19 and 29 points, respectively, in their last three games. The Broncos will be looking for a fourth straight Mountain West Tournament championship.

“I think people have risen up and are playing better,” said Boise State coach Gordy Presnell. “We’re a little healthier than we’ve been. I’m excited, we’re going to take the day off tomorrow then start preparing on Wednesday. It will be interesting, we’ll play somebody who’s played twice since we played, so we can’t get the jitters.”

The Broncos will open the tournament next Monday against the winner of the opening round game between the No. 7 seed and New Mexico, which clinched the No. 10 seed on Monday. Nevada is currently in the No. 7 position, but should it beat San Diego State on Thursday, it would climb to the No. 6 seed and the Aztecs would fall to seventh.

Should the Wolf Pack lose on Thursday, Nevada, Colorado State or Air Force could each be the No. 7 seed.

On Monday, the Broncos honored their six seniors, with the group combining to score 58 points. A’Shanti Coleman matched a career-high with 22 points, while Lupfer scored 18 and Braydey Hodgins had 14. Jade Christopher and Ellie Woerner both scored two.

“We had to,” Coleman said about the seniors taking over. “Our first time around at their place, we started how we started this game out, on fire, and then we lost it in the second half. And coach said at half today, the very same thing happened last time and we had to maintain it, because UNLV is the type of team that will pick up the slack they didn’t have in the first half.”

Boise State also honored senior Marijke Vanderschaaf, who returned last year after a serious knee injury in 2017-18, but didn’t appear in a game for the Broncos this year.

To honor its seniors, Boise State changed its starting lineup for the first time all season, swapping in Woerner for Mallory McGwire to give the Broncos five seniors in the starting lineup. The lineup of McGwire, Coleman, Lupfer, Christopher and Hodgins had started all previous 29 games for Boise State this season.

The all-senior starting lineup put Boise State out to an 11-2 lead before McGwire checked in for Woerner with 4:53 left in the first quarter.

“I think she appreciated it,” Presnell said about Woerner. “She adapts to her role, and she’s played pretty much all five positions in her career here. She’s a person (who) chases down rebounds and gets critical rebounds for us, because she doesn’t just get the ones that come to her. She’s made critical shots and critical rebounds throughout the course of the year.

As good as its all-senior starting lineup was, Boise State really started pulling away from the Rebels (13-15, 9-8) in the second quarter. The Broncos, who led 16-10 after the first quarter, made 10 of their first 11 shots in the second, taking a 43-24 lead into halftime.

Boise State now has a week to get everything ready for another run in the conference tournament. Presnell admitted that with the way his team is playing, he’d love to get things going right away. But the Broncos are just happy to be playing their strongest ball at the end of the season.

“Obviously, it took us a little longer than we wanted to click, and everything,” said Lupfer. “But at the end of the day, it’s almost tournament time and we’re doing what needs to get done to get ready for that.”