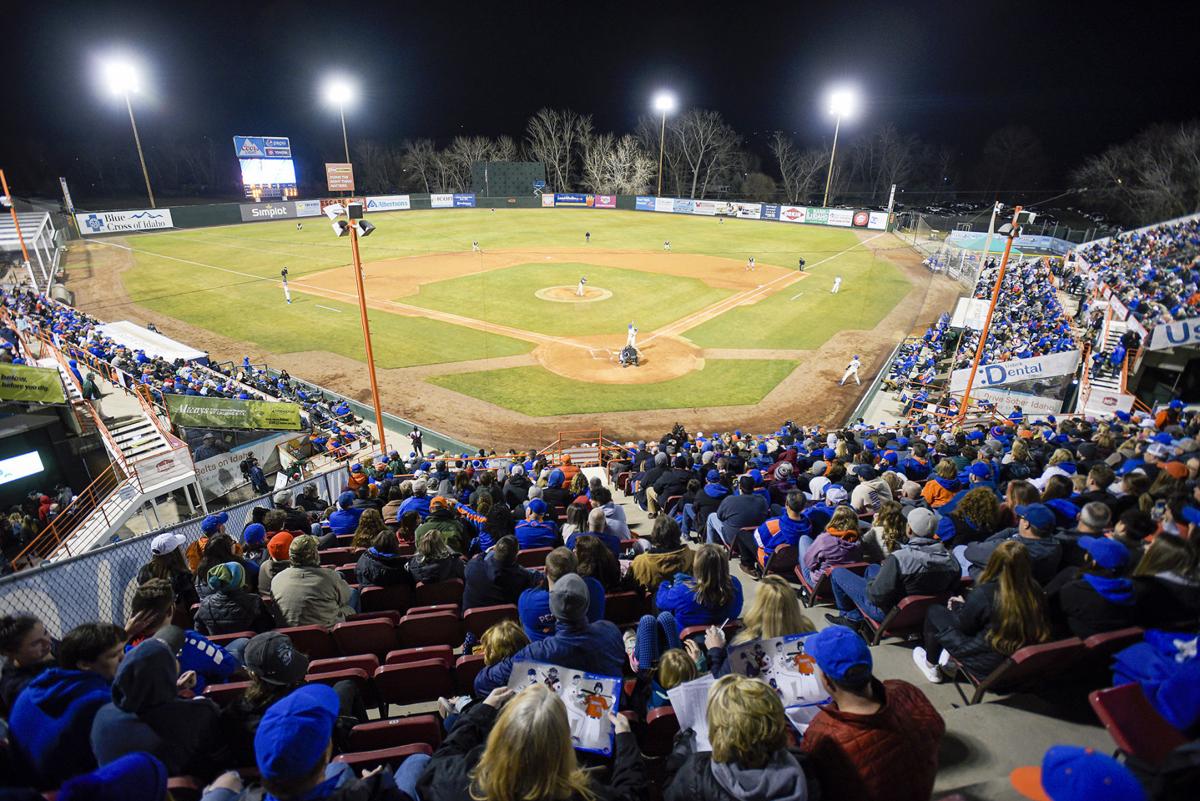 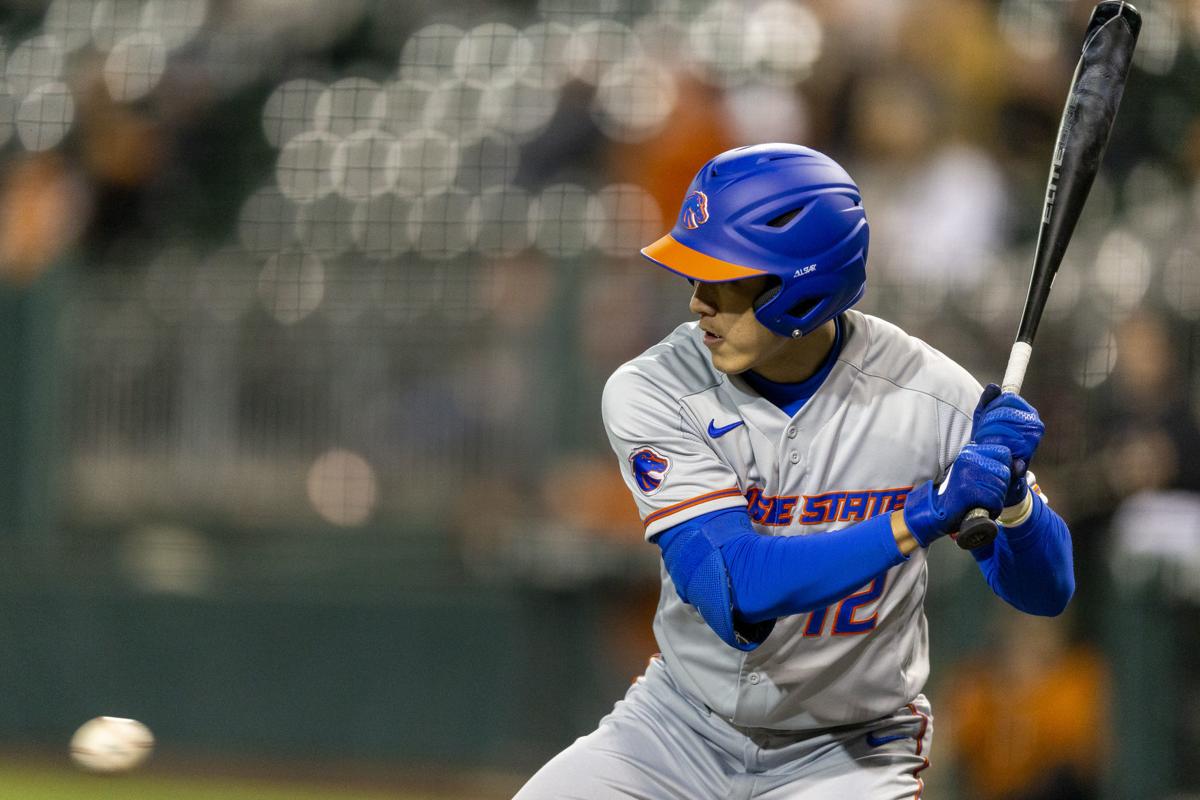 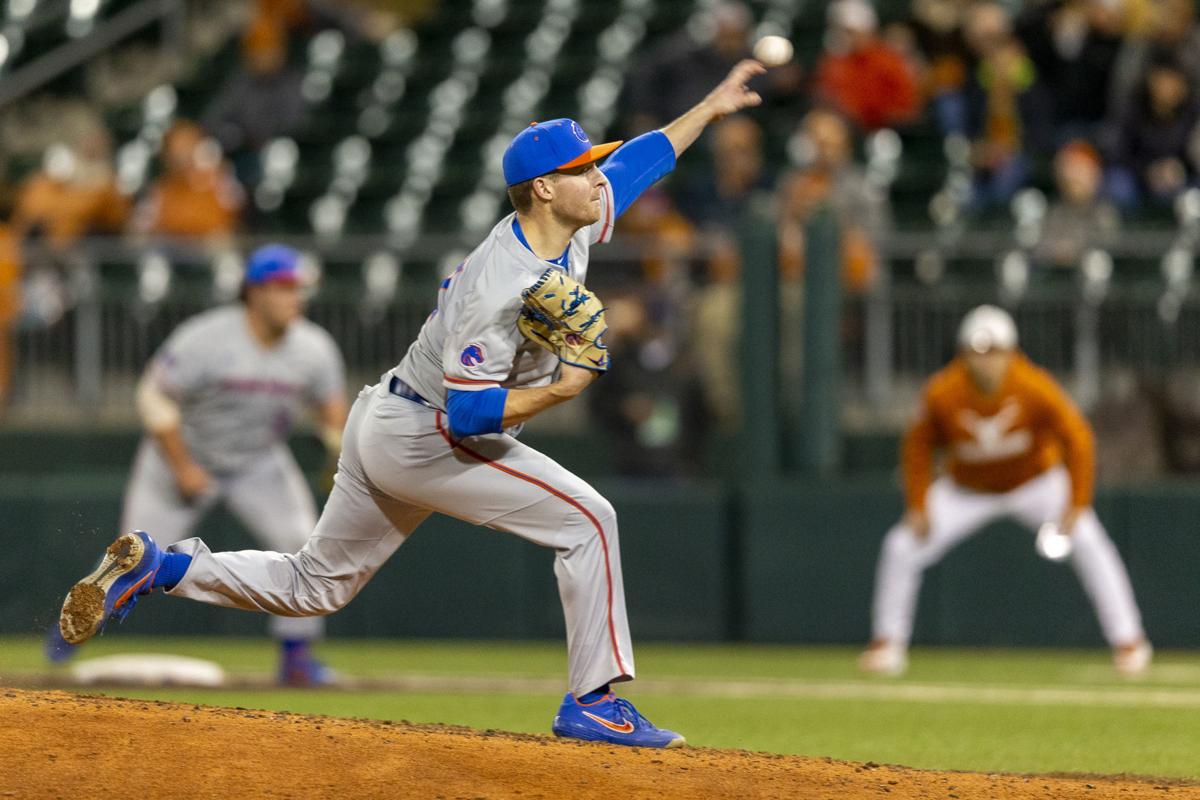 BOISE — Call it an attempt at a bases-loaded walk-off grand slam in the bottom of the ninth, a Hail Mary touchdown as time expires or maybe even a full-court buzzer beater.

Whatever sports analogy you want to use, the recently disbanded Boise State baseball and swimming and diving teams are trying to somehow pull it off.

Despite being told there was no chance at saving the programs, members of both the baseball and swimming and diving teams have joined forces in a fundraising effort to try and raise enough money to put pressure on athletic director Curt Apsey and the University to reverse the decision and reinstate them.

More than $250,000 has been pledged privately behind the scenes, while a public GoFundMe page had surpassed $40,000 as of late Tuesday morning. The target goal is $2 million, which would be more than the what it would cost both teams to operate next year.

“I have full confidence that we’re going to get the money and we’re going to be able to prove our sustainability,” Boise State first baseman and Rocky Mountain High graduate Kase Ogata said. “There’s a lot of things going on behind the scenes right now and I have no doubt we can do it.

“They told us its final, but I don’t think they thought we could raise this amount of money or that we’d have this amount of support to be honest. I think when we show them the money they will have no choice but to bring it back.”

But Apsey indicated last week that this scenario — raising money to try and save the program — wasn’t something something he saw as possible.

“At this point no,” Apsey said. “I just don’t know how a commitment can be made for years to come. I could certainly see programs or areas on campus being able to say ‘hey we think we can raise a certain amount of money this year’, but what happens in year two, three, four, five and six?

“We just don’t see that as a sustainable business model to keep programs alive that have to raise every single penny to exist. And at the same time, we’ve still got to raise money within our department to keep the programs we currently have strong and that’s also been a challenge in times like these. We just didn’t see that as feasible at this point.”

Apsey declined further comment through a Boise State spokesman Tuesday when asked for a reaction to the fundraising efforts being made to try and save the programs.

Baseball coach Gary Van Tol was blindsided by the decision to end his program after just 14 games — they returned in 2020 for the first time since 1980 — after already making several cost-cutting measures to his budget for next season.

Van Tol said he was asked to cut 12 percent from the budget initially, but he found ways to reduce it by 21 percent. That included saving money by taking long bus trips to Arizona State and San Diego State instead of flying, as well reducing the recruiting budget.

But there was no chance at negotiating more cuts. A phone call from Curt Apsey informed him of the decision, and he was told nothing could be done to change it.

“It’s really unbelievable that we got to this point and we never had a chance to fight for our programs,” Van Tol said.

“I think the number one thing that stands out more than anything is that we didn’t have a chance to sit down collectively and make more cuts and reductions. I had already done that at the request of the athletic department and Curt, but there wasn’t a heads up or opportunity to rally the troops and save both our program and swimming and diving.”

But those efforts are well underway now, even if the possibility remains remote. Both teams have group messages going to discuss ways to raise money and get the word out. The baseball players are in the process of writing letters to local congressmen and senators, while the swimming and diving team has been pushing the cause on social media.

“They have gotten together and are doing whatever they can to reverse this decision,” swimming and diving coach Christine Mabile said. “We’ve had huge support from the community already and even around the country. Coaches are reaching out asking what they can do. The athletes have spearheaded this movement and I’m really proud of them and how they are fighting for this opportunity.

There is recent precedent for a potential reversal. Just last month Bowling Green University announced the end of its baseball program, only to bring it back three weeks later after the group raised more than $1.5 million.

“I think a lot of people are looking at the Bowling Green situation to give them hope,” Van Tol said. “The response and efforts from a lot of people to try and keep this thing alive has been inspirational, especially from our student-athletes both on the baseball side and the swimming and driving side. I’m so proud of our student-athletes and Bronco Nation for their support and wanting for obvious reasons to have hope.

“When you look at the Bowling Green situation it was pretty much said it was a done deal, and I’ve had conversations through email and read about their story to see what they did and from what I understand in a few weeks they were able to bring $1.5 million to the table and were able to show proof of sustaining that for three years. … I think a lot of people have looked at that example to have some hope.”

But whether that hope is realistic is the question. Student-athletes and coaches have been told multiple times by Apsey that nothing can be done to save the program. They hope putting at least $2 million on the table changes that.

“I have to believe there’s a chance,” Mabile said. “We’ve had so much community support. I mean in two days the girls and young men were able to get $250,000. That’s incredible, so I support our athletes and I’m going to do all I can to support them and show them there is always a chance.”

Ogata also is not ready to take no for an answer, saying he’s confident the athletic department would reconsider should they raise the necessary money.

“Obviously we can’t control what they do but at least we’ll know we gave it our all and tried,” Ogata said. “If we can come up with the money and show them we’re serious about this and we care about Boise State and how much this matters to us, I don’t think they would have a choice but to bring it back if we show them the money.”

Van Tol noted the sacrifices of the ‘dirty dozen’ 12 players that paid their own way to redshirt with the program during the 2018-19 year while talking about the disappointment of the program ending.

“Those guys paid their own way, their full cost of attendance, and they were wearing football socks running around Fort Boise park wearing Boise High helmets,” Van Tol said. “We still have 11 of those guys left.”

Ogata was one of the 12. He also was a local kid growing up wishing for a place to play Division I baseball. Boise State finally provided that dream for kids, which is why he’s unwilling to give up so easily.

“It’s not just for us, it’s for all the kids in the Treasure Valley,” Ogata said. “I remember being that age and and wanting to have a Division I school to play baseball for in Idaho, so this is not just for us. It’s for the whole area and the Northwest, to give kids another opportunity to chase their dream and play baseball at the highest level. And we’re willing to do whatever it takes to get this back.

“The whole thing is horrible and very sad, but it’s been awesome to see the community come together and put some funds up and raise some money. We’re doing all we can right now, and I believe we can get it done.”