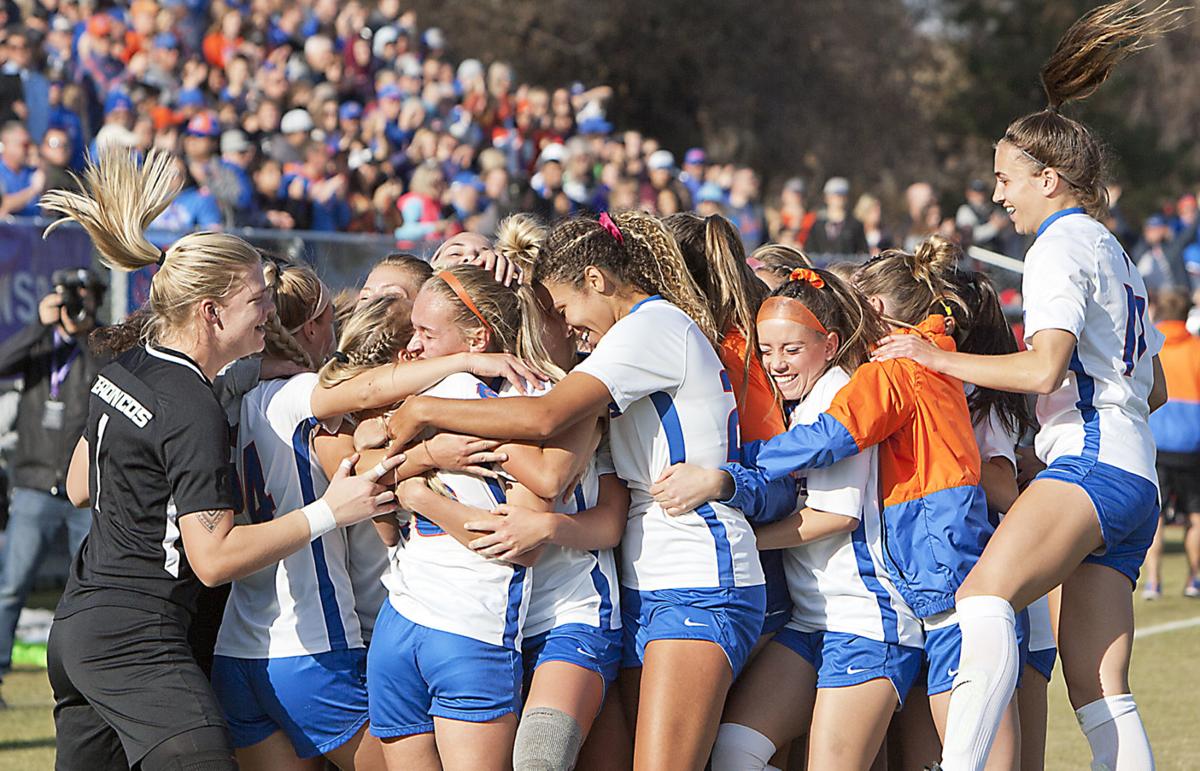 The Boise State women’s soccer team storms the field after winning the first Mountain West Tournament title in program history with a 2-0 victory over San Diego State at the Boas Soccer Complex Saturday. 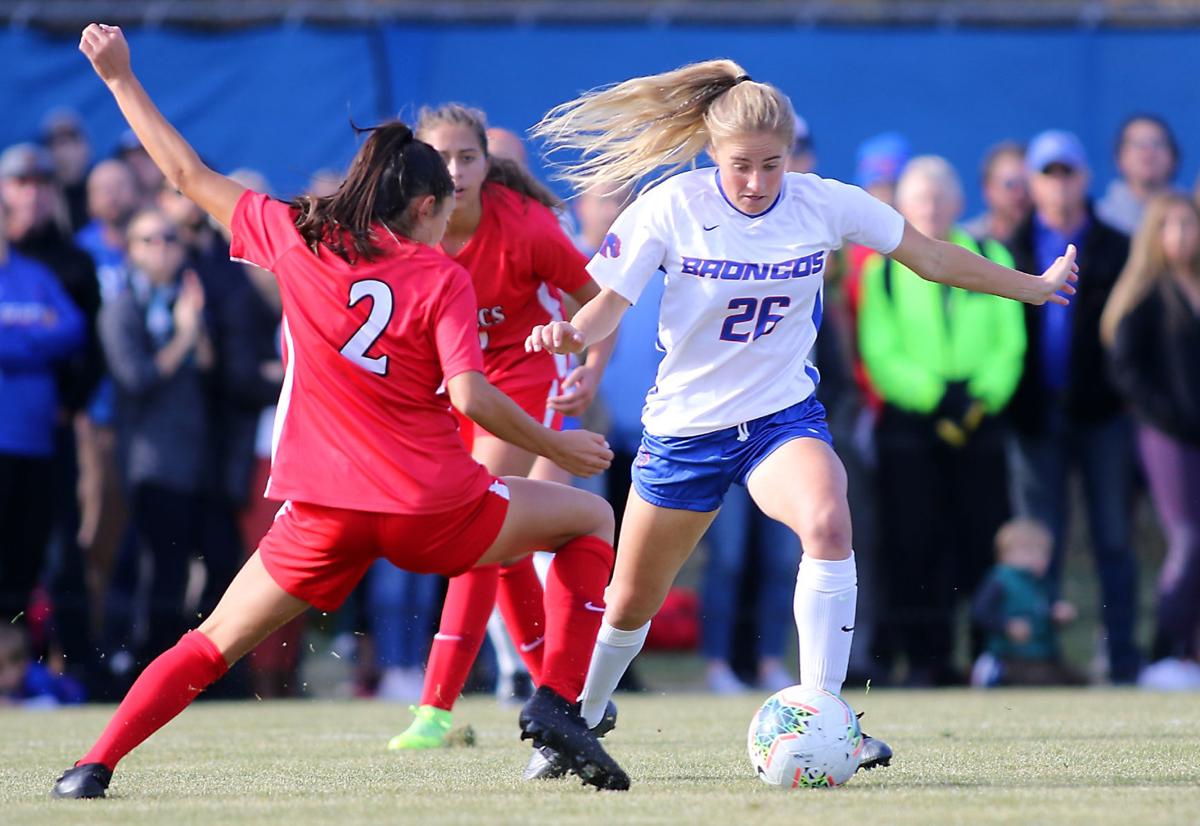 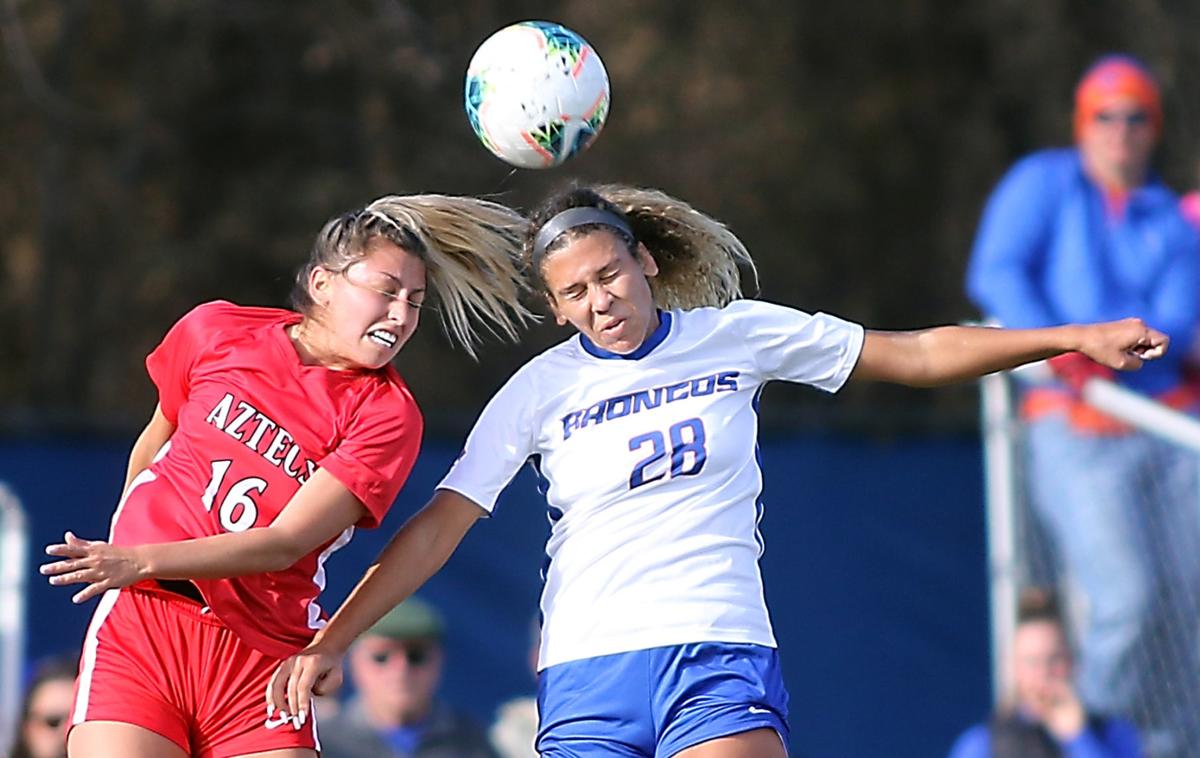 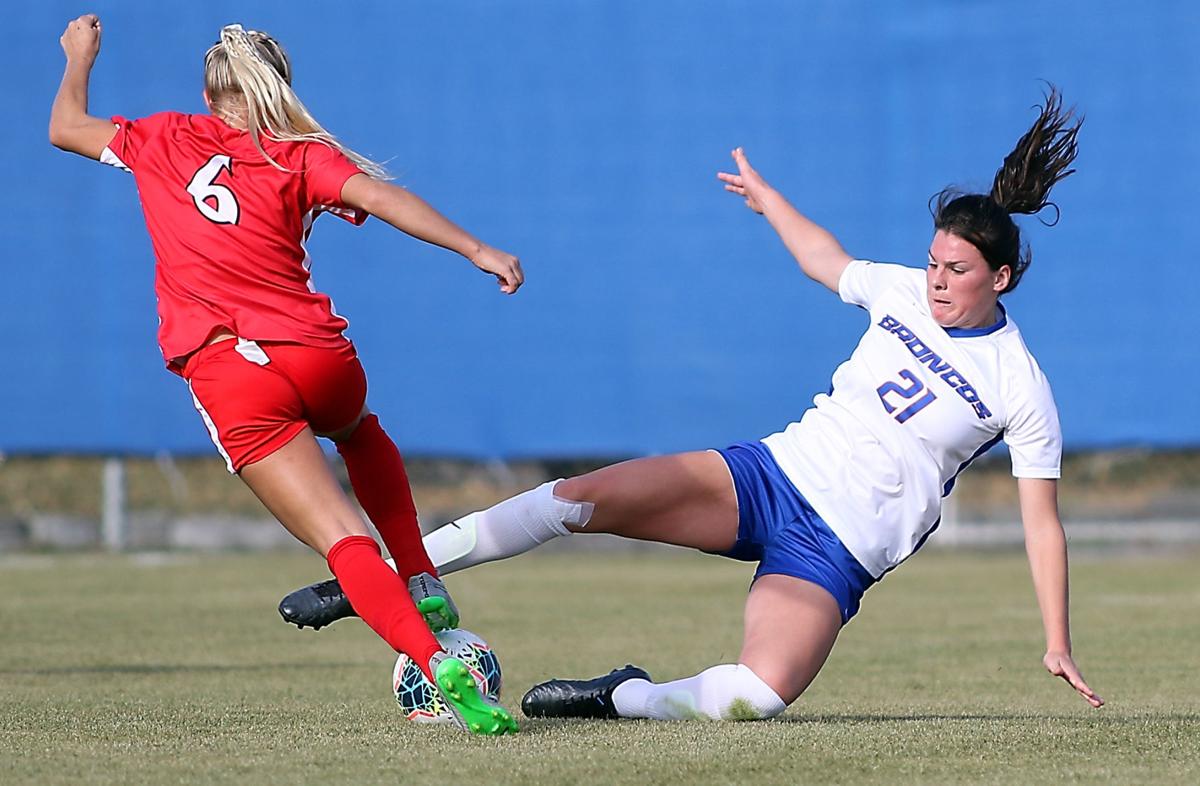 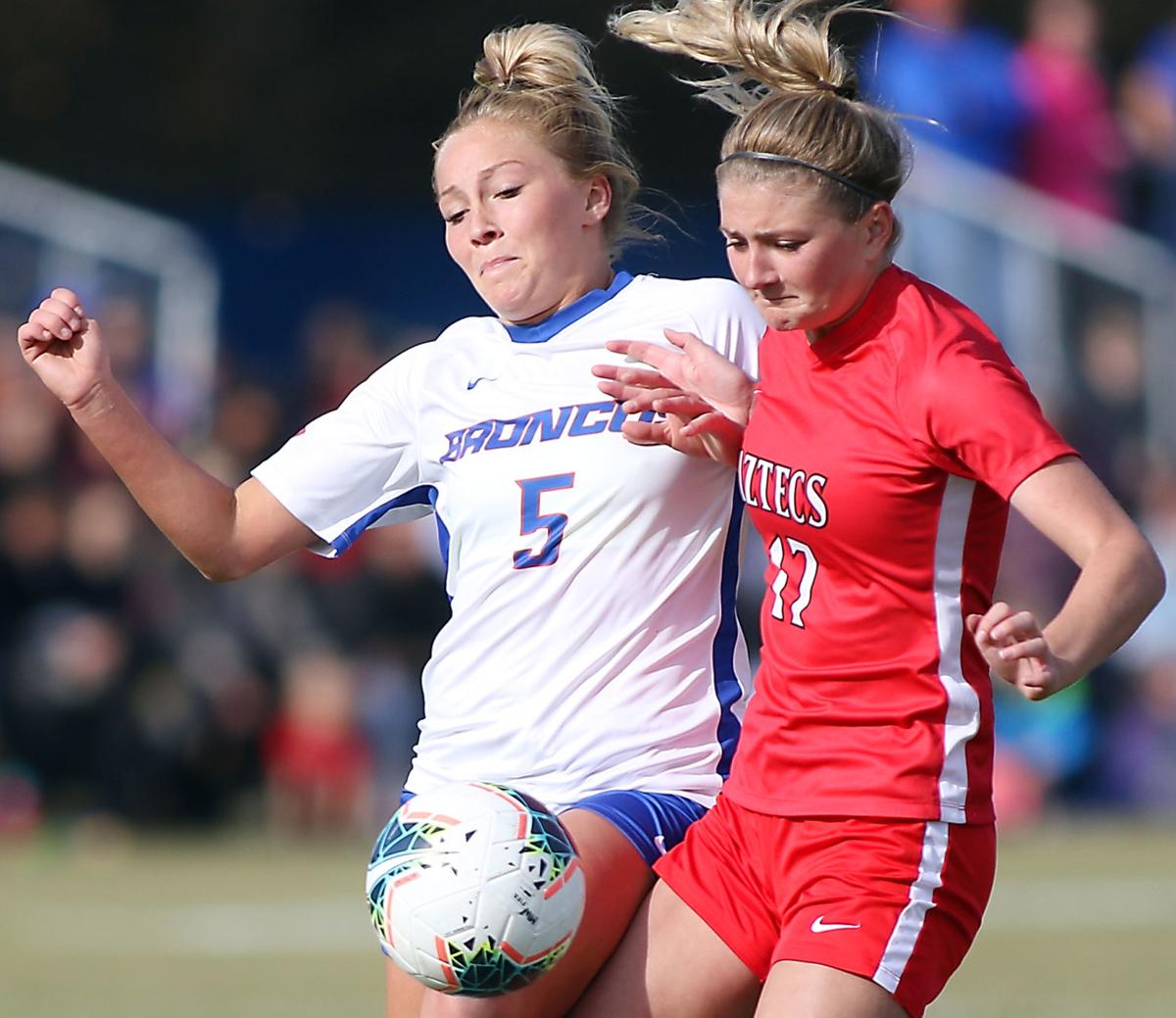 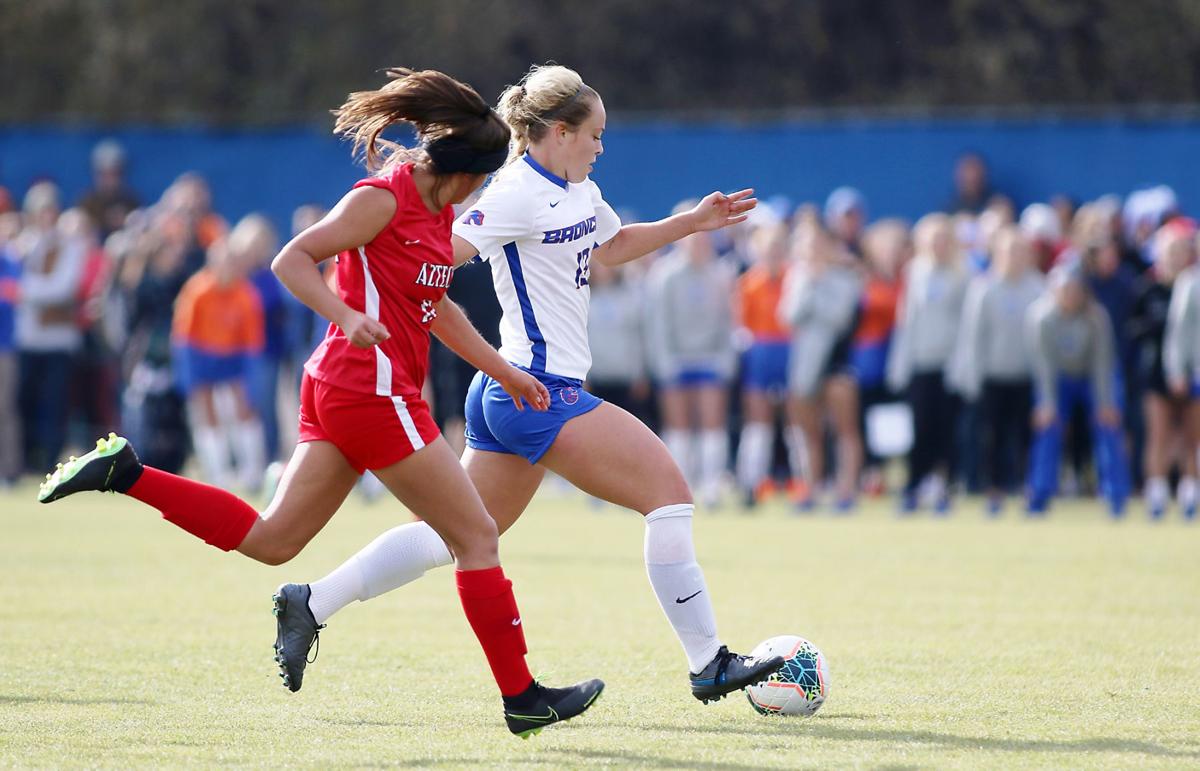 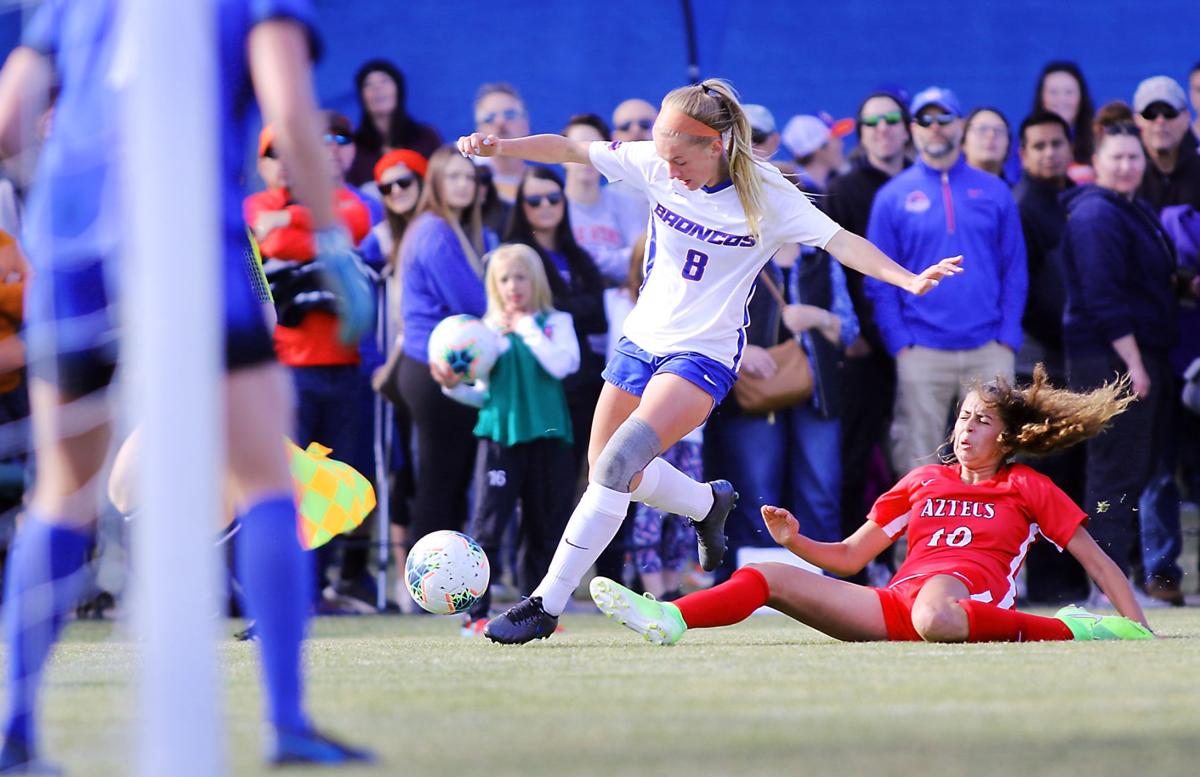 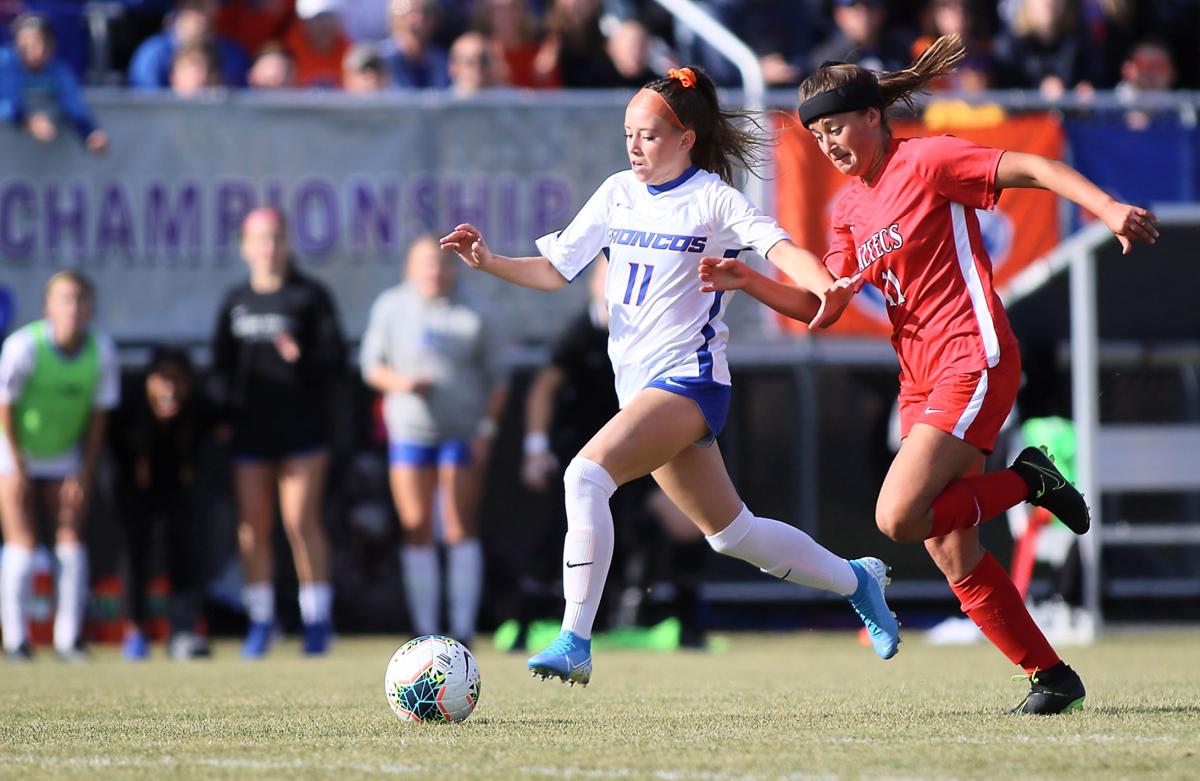 The Boise State women’s soccer team storms the field after winning the first Mountain West Tournament title in program history with a 2-0 victory over San Diego State at the Boas Soccer Complex Saturday.

BOISE — The greatest Boise State women’s soccer player of all-time got her moment after all.

The win also gives the Broncos (18-4) their first conference tournament title and berth in the NCAA Tournament for the first time since 2009.

Sherle was fittingly the tournament MVP.

“This is unreal. I hope one day it hits me,” Sherle said. “Everyone always dreams this is the way they would go out, senior year and win the whole thing. I’m just speechless.”

But Sherle almost missed out on the historic occasion entirely.

The Rocky Mountain High School graduate had decided midway through last season that she was going to take a leave of absence from the program. Sherle was going to serve a year and a half LDS mission. She had already filed the paperwork, too.

However, when her now fiance, Hunter Ranstrom, returned early from his mission in Mexico, plans changed. Sherle withdrew her paperwork and informed Boise State coach Jim Thomas on Thanksgiving of all days that she was coming back for her senior year.

“Luck, grace of God, someone said you need to go back and do it now, (I don’t know),” Thomas said. “The stars aligned. We were very, very fortunate. Any time you get to work with a player like that, you’re going to say yes to whatever it is.”

It was a good thing Sherle came back, too. She was pivotal in the championship run.

Sherle notched her first hat trick of the season and the fifth of her career — a school record — in a 6-0 rout of New Mexico in the semifinals Thursday. It led to the Broncos scoring the most goals in a Mountain West Tournament game in 17 years. The hat trick was also just the third in tournament history and the first since 2002.

“She just puts so much into it. I think she’s definitely left her legacy here,” senior midfielder McKenna Kynett said. “(She’s the) best there ever was, and I was lucky enough to play with her.”

Sherle picked up where she left off Saturday.

After Emily Curry’s shot ricocheted off of an Aztec defender’s foot, the ball landed right in front of Sherle. She one-timed it with her left foot in the top right corner of the net for the game’s first score in the 17th minute.

It extended her Boise State and Mountain West all-time goal (61) and points (138) records. But for Sherle, the goal was so much more.

“You always dream about scoring one of the goals in the championship game,” Sherle said. “(So) it was great. I’m glad I got to put it away.”

Kynett added an insurance goal in the 50th minute with a header — sort of. A Sherle corner kick was punched out of the box by San Diego State keeper Brooke Lisowski. But the ball went straight to Aubree Chatterton, who rocketed a shot in midair toward the net. Kynett caught it with the side of her face for the goal.

“That’s usually how my life is, to be honest,” Kynett said while laughing. “But I’ve learned tactics to jump in front of them and go across their eyes, and luckily that time I got that one.”

It was all the scoring the Broncos needed.

The Aztecs (10-9-1) registered just two shots on goal. The closest they came to getting on the scoreboard was when Malia Kaleiohi’s shot rang off the right corner post in the 75th minute. Fifteen minutes later, Boise State stormed the field with Sherle in the center of it all.

It came one year and a week to the day after heartbreak.

Despite winning a share of the Mountain West regular season title along with tying then school records for single-season wins (13) and the highest single-season winning percentage (72.5%), the Broncos lost a 1-1, 4-3 penalty kick shootout to San Jose State in the conference tournament semifinals.

“It’s been on every board, T-shirt, you name it,” Thomas said. “We haven’t forget. We haven’t hidden from it. One of the things we do around here is we’re super transparent — the good, the bad and the indifferent. And we were transparent about what that was and what that season was last year and I think it really propelled us onto this.”

Boise State is now preparing for the NCAA Tournament.

The Broncos will find out their destination and first-round opponent at 2:30 p.m. MST. Monday during the NCAA Selection Show.

“We’re going to celebrate and enjoy this one for a while, but come this weekend, we’re going to see who we can take on,” Sherle said. “We’re excited.”