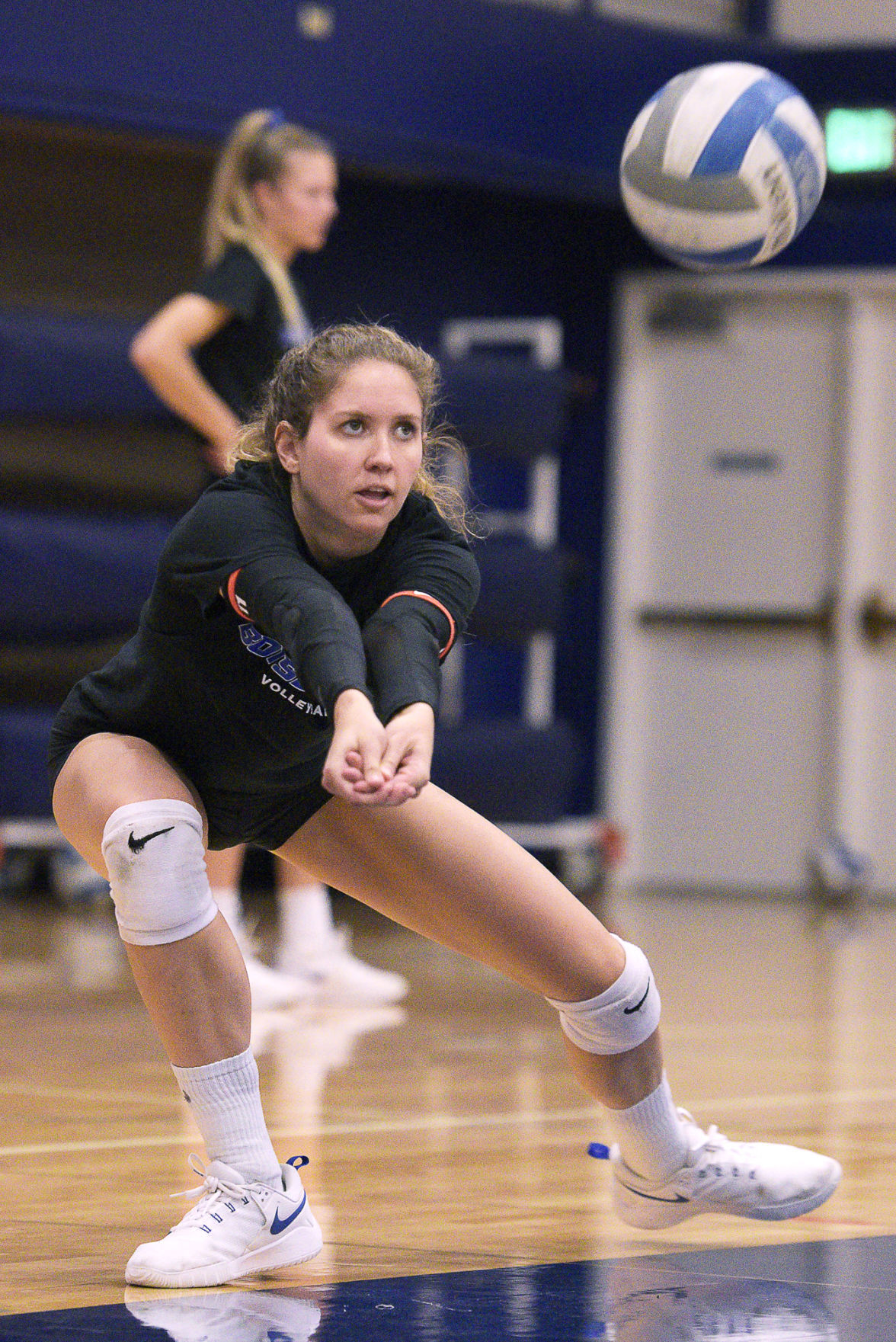 Janell Walley digs the ball during a Boise State volleyball practice on Tuesday at Bronco Gymnasium. 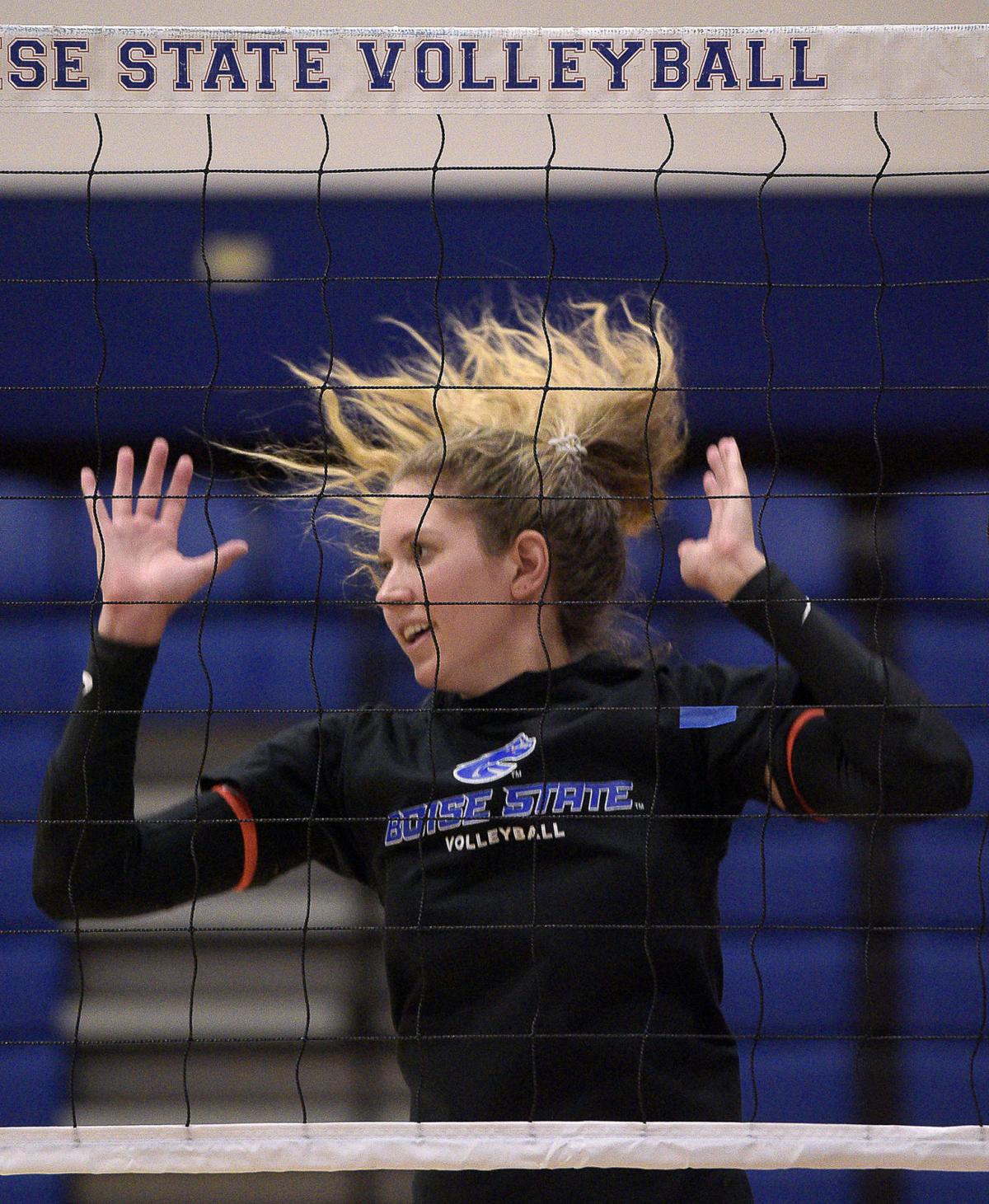 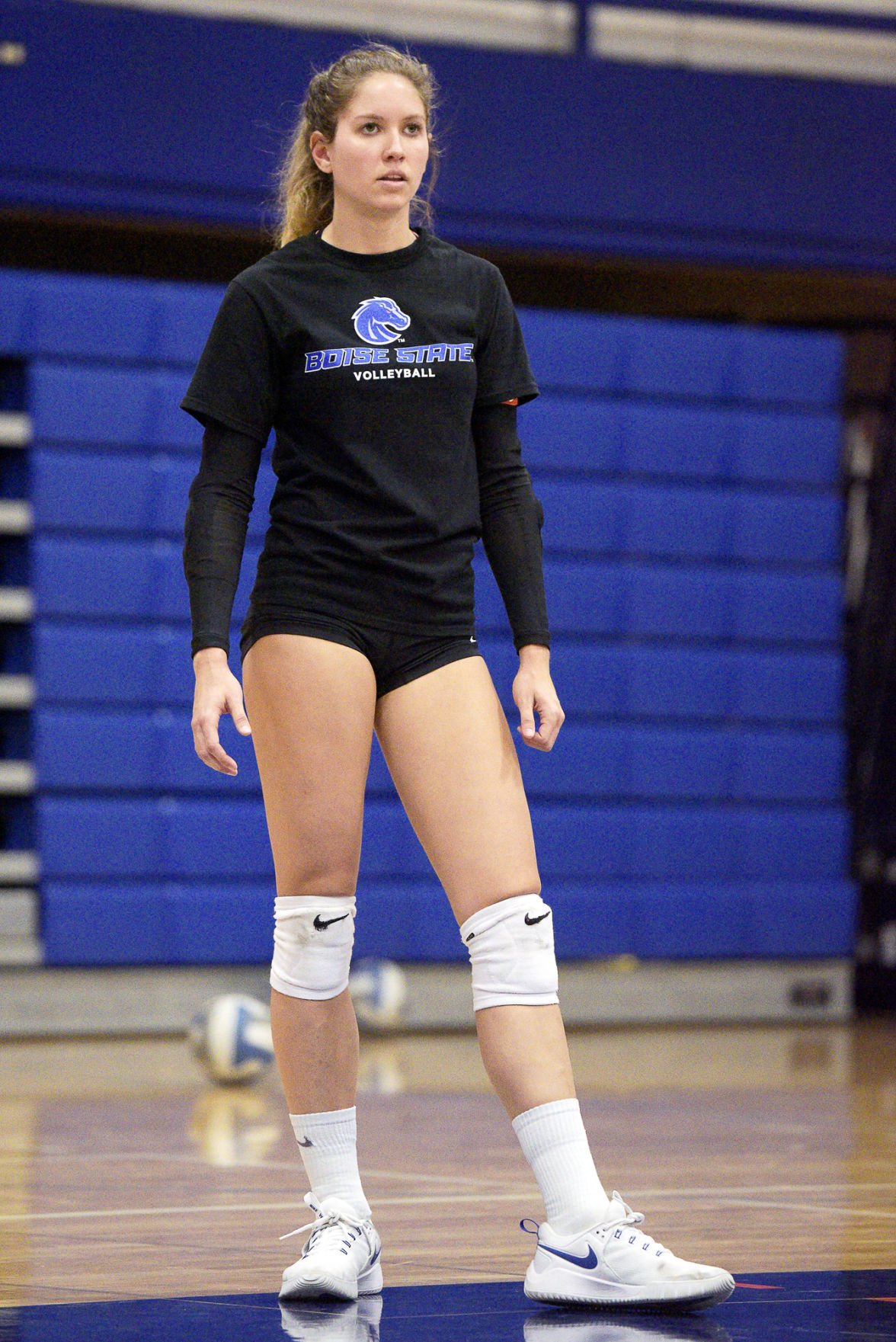 Janell Walley stands and watches her teammates during Boise State volleyball practice on Tuesday at Bronco Gymnasium in Boise.

Janell Walley digs the ball during a Boise State volleyball practice on Tuesday at Bronco Gymnasium.

Janell Walley stands and watches her teammates during Boise State volleyball practice on Tuesday at Bronco Gymnasium in Boise.

She was a starter as a freshman when Boise State beat No. 17 Santa Clara, the first-ever win against a nationally ranked opponent, and beat Mountain West power Colorado State for the first time ever. From there Boise State went on to win the Mountain West title and earn its first berth in the NCAA Tournament, where the Broncos beat Western Kentucky in the first round.

As a senior, Walley wants to help the Broncos get back to that level.

A win against the Rams tonight can shake up the Mountain West standings. Two wins this weekends puts the Broncos squarely in the hunt.

If Boise State does make a run for the conference title, Walley will be a big reason why. The senior is a six-rotation player, always out on the court for the Broncos. She leads the Broncos with 226 kills this season to go with 14 aces. She’s also been a key contributor on defense with 176 digs.

“She’s one of the best all-around volleyball players that I’ve had to coach,” said Boise State coach Shawn Garus, who is in his 11th season with the Broncos. “So I’d say within Boise State’s history, she’s definitely going to be up there. She’s one of those kids that fills the stat sheet. She’s not going to pass (former Broncos) Sierra Nobley for all-time kills, or Maddi Osburn for all-time digs, but she can do a little bit of everything, and that’s what made her so valuable.”

Garus has had Walley playing in every rotation since her freshman year. Coming into today’s game, she had 845 kills and 917 digs.

Listed as an outside hitter on the Broncos’ roster, Walley says she does enjoy the defensive aspect of the game when she rotates into the back row. Her defensive leadership has been key for Boise State this season, as three of the Broncos’ top five dig leaders — Allison Casilas, Lauren Ohlinger and Jordi Holdaway — are true freshmen. The other two players in the top five for the Broncos are sophomore Danielle Boss and Walley.

“I definitely like defense, so I’m glad I’m back there to help them out,” Walley said. “I’m just using my volleyball IQ to tell them what I see on the court and helping them out in certain situations so that they know what they’re expected to do.”

She’s one of three seniors on the Broncos’ roster, and the only one who plays all six rotations for the Broncos, so oftentimes she is the only senior on the court for Boise State.

In those situations, Garus says, she’s done a lot to bring the younger Broncos along.

“She’s having a fantastic senior year statistically, but what that doesn’t show is the leadership qualities that she’s brought,” the coach said. “We certainly have a lot of young players in big roles, and she gives confidence to all those players. She doesn’t do it in a real demanding way, she does it leading by example. I think that’s been her biggest impact this season, what she’s meant to the younger players as far as helping them with their confidence.”

As she nears the halfway point of her senior season, Walley, a Yucaipa, California native, has already done a lot to leave her mark on the Boise State volleyball program. But she’s hoping that she isn’t done writing her final chapter just yet.

There’s still a lot she hopes she can accomplish as a Bronco and bookend her career the same way she began it.