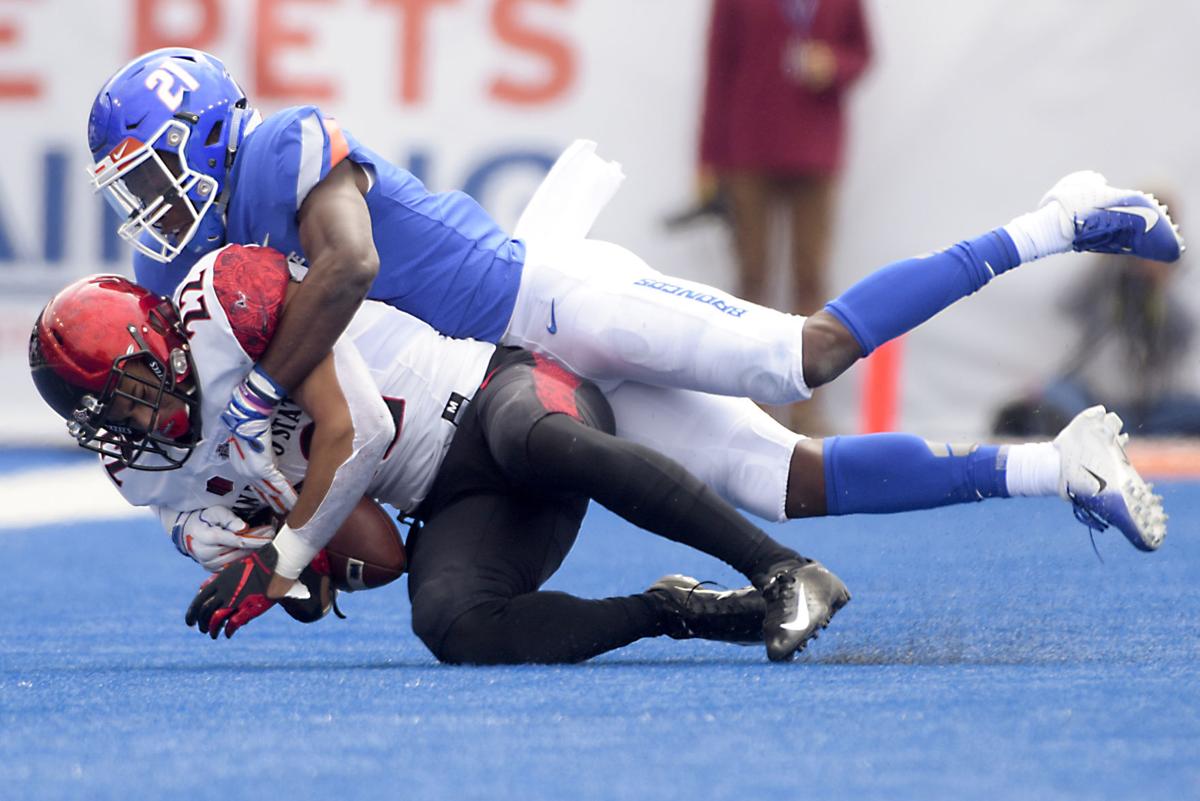 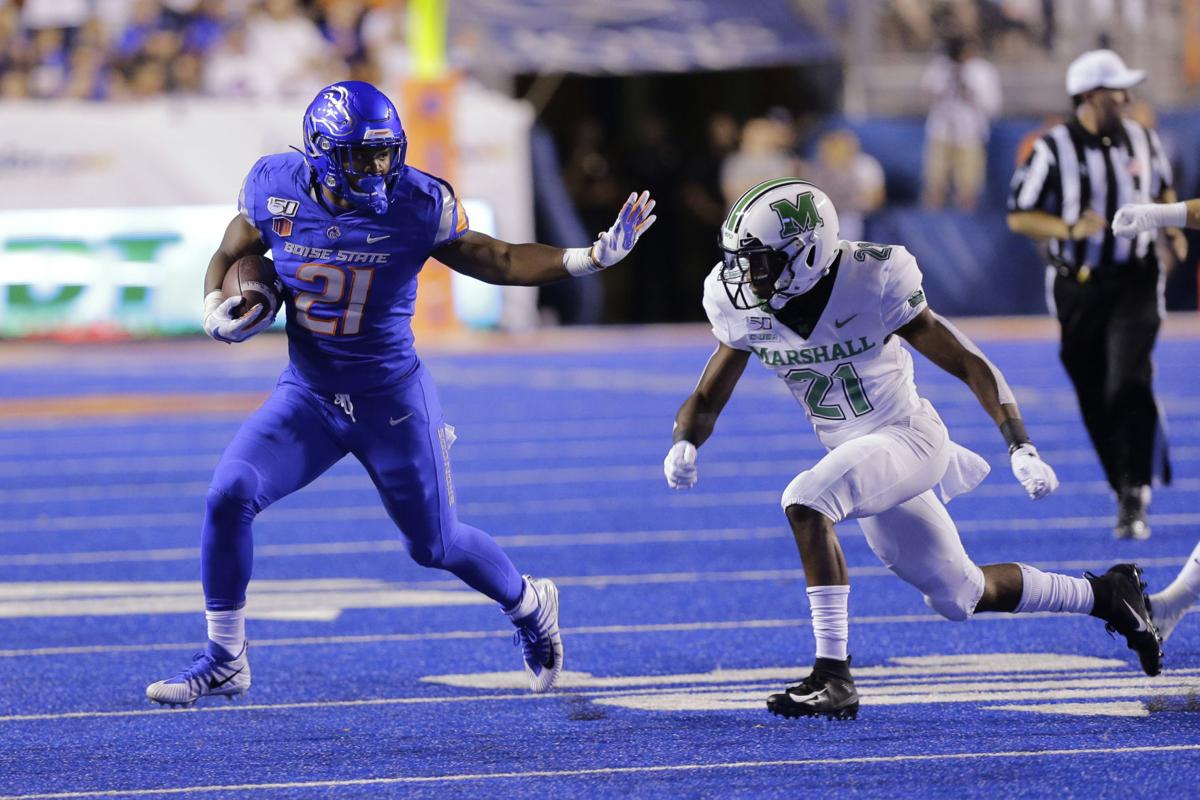 Boise State running back Andrew Van Buren tries to get away from Marshall safety Micah Abraham during a game Sept. 6, 2019.

Boise State running back Andrew Van Buren tries to get away from Marshall safety Micah Abraham during a game Sept. 6, 2019.

It’s an interesting time in the sports world and there’s no guarantee Boise State’s football season this fall will start on time or be uninterrupted.

But with a growing likelihood that the Broncos will play games in some capacity — maybe with no fans or a limited capacity — the Idaho Press is moving forward with our typical preseason coverage.

That means a pair of daily countdowns related to Boise State the next two months in the paper and online at BlueTurfSports.com to help get us to the scheduled start of training camp around Aug. 1. First up is our annual look at the 25 Most Important Players for the Broncos, which starts tomorrow with No. 25.

We expanded the list from 20 to 25 players this year, and we could have gone even further.

Projected starters or key contributors that didn’t make the list include safety Tyreque Jones, linebacker Brock Miller, running back Andrew Van Buren, linebacker Bruno DeRose, defensive end Aisa Kelemete and offensive linemen Garrett Curran and Donte Harrington. Those names alone should provide validity to the top 25 — and a glimpse at how talented the Broncos could potentially be in 2020.

Miller is a graduate transfer from N.C. State that started 11 games for the Wolfpack last season and should have a big role in the middle of Boise State’s defense. Jones, who can play both safety and nickel, started four games for the Broncos last year and had an interception, a fumble recovery, 4.5 tackles-for-loss and 27 total tackles.

Van Buren rushed 62 times for 265 yards and two touchdowns last season but fell to third on the depth chart at running back in part due to the emergence of sophomore-to-be George Holani. He’s still got a high upside, and could be a key piece of the backfield this fall.

The former walk-on DeRose had 20 tackles in a reserve role at linebacker but showed the Broncos he can be counted on for a bigger role this season. Kelemete has battled injuries during much of his Boise State career but could be the starter at defensive end.

And arguably no position is more important than Boise State’s offensive line, which loses four starters including two heading to the NFL in Ezra Cleveland and John Molchon. Both Curran and Harrington are expected to be in the mix for spots along the line.

All six should play and contribute for the Broncos, yet none landed in our Top 25.

Maybe more intrigue will come at the top of the list. Who is more important — quarterback Hank Bachmeier, running back George Holani or wide receiver Khalil Shakir? What about on defense — who is most important for the Broncos there?

How does the Idaho Press rank Boise State’s 25 most important players heading into the season? Find out starting Sunday.