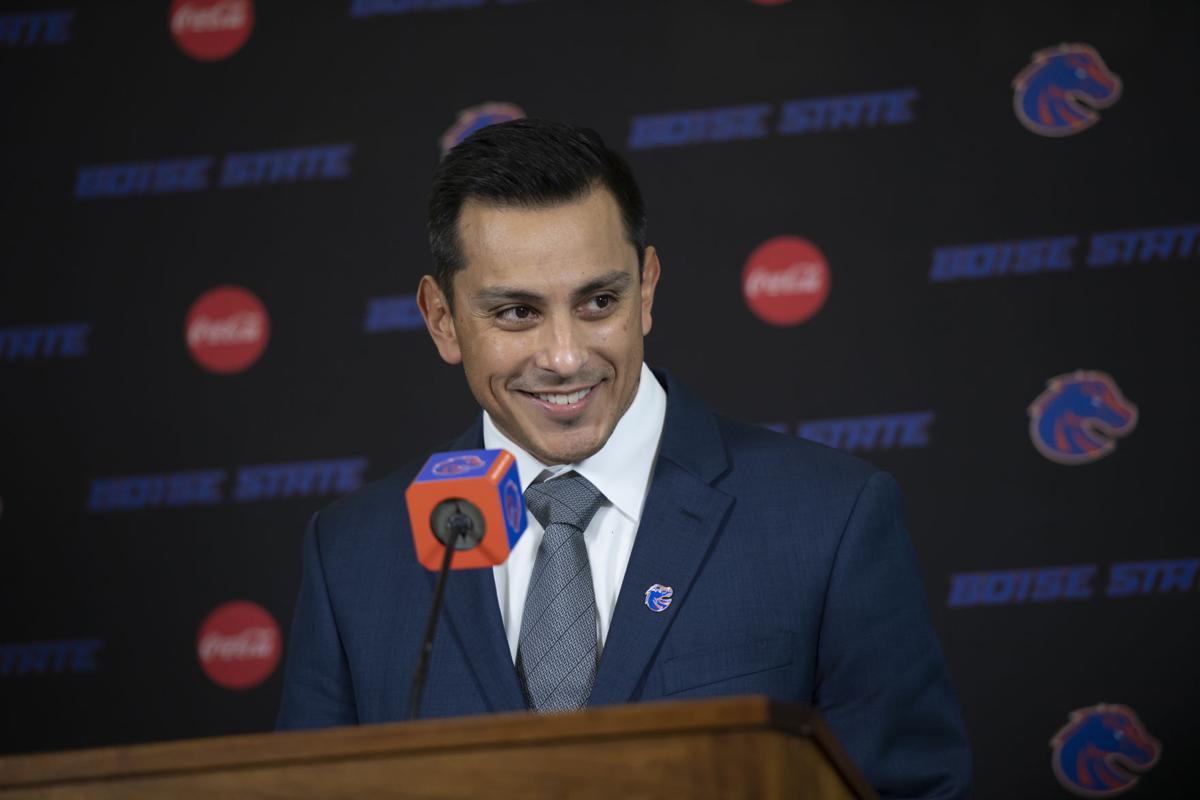 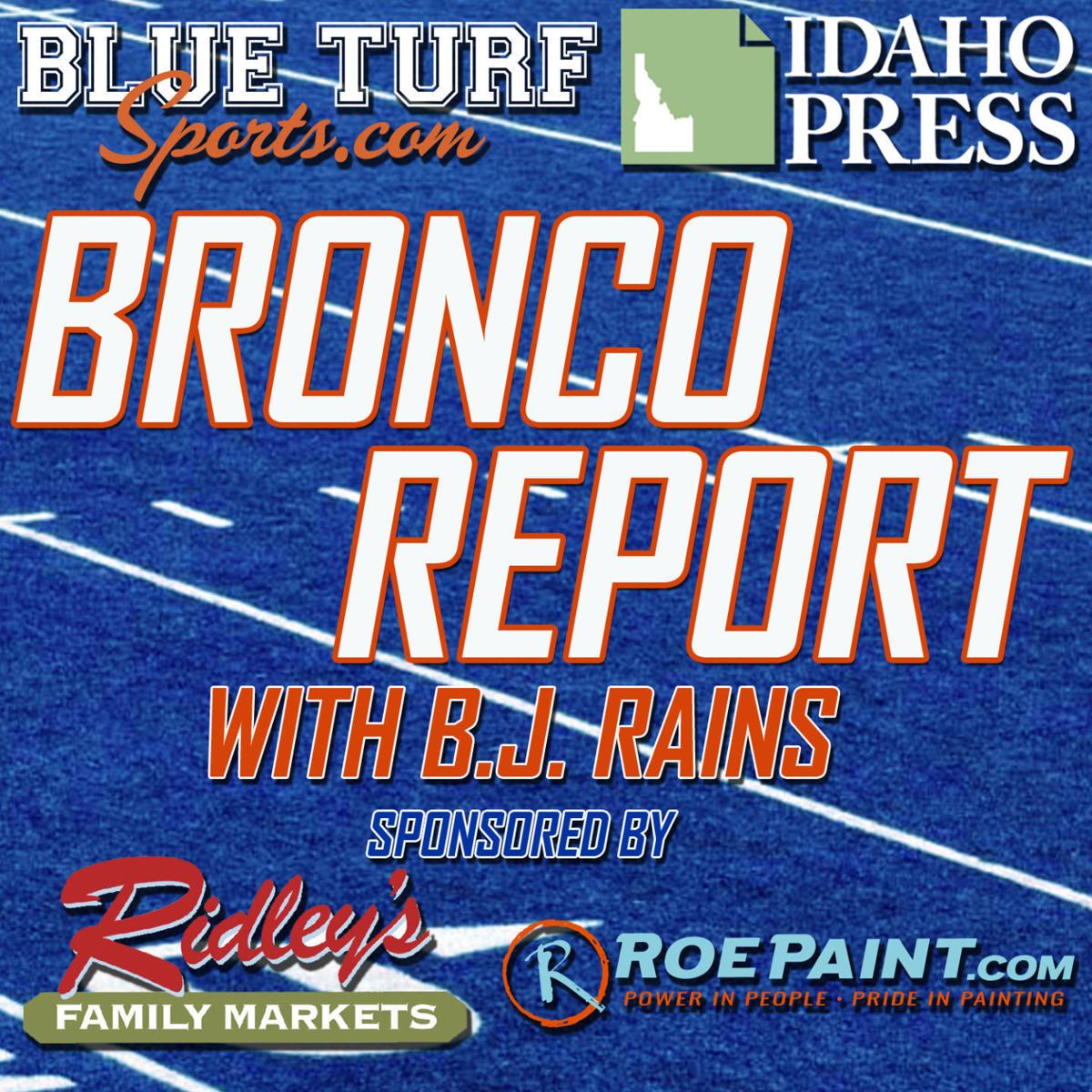 Listen to the full interview with Andy Avalos on the Bronco Report Podcast at BlueTurfSports.com.

Listen to the full interview with Andy Avalos on the Bronco Report Podcast at BlueTurfSports.com.

New Boise State football coach Andy Avalos sat down with the Idaho Press earlier this week for a wide-ranging discussion about his first month on the job. The full interview can be heard on the Bronco Report Podcast at BlueTurfSports.com. Here’s a portion of the conversation:

IDAHO PRESS: It’s been almost exactly a month since you were hired as Boise State’s coach. You’ve hired a staff and added two players on Signing Day. How do you feel the first month of the Andy Avalos era at Boise State has gone?

ANDY AVALOS: Obviously we had some goals and objectives for the first 30 days and we’ve accomplished those and more. We’re ahead of where we wanted to be at this point so that’s obviously a good feeling. Now it’s very important where we grow forward from here in terms of this environment and how we collaborate to build this environment that we want to live in. That’s been the fun part, just being back here around the players and being back in this community and being able to create new relationships with the guys on the team that we didn’t know and obviously see the ones that we know and recruited and all those things. It’s been a tremendous amount of work understandably, but it’s been unbelievably fun too. The coaching staff, the energy they are bringing, the vibe and to watch them work together, it’s been really fun to see.

IP: Do you still wake up and pinch yourself? Has it hit you yet that you are the head coach back at your alma mater?

AA: When I hear people say it like you just did it kind of hits me again, but honestly I haven’t even thought about that. It’s more so about the responsibilities and what needs to get done within our plan every day. We get up early and we hit the ground running. We have a good crew of guys that work out bright and early in the morning before the sun rises and then we get started with the things we need to accomplish during the day. It’s been really fun. It’s a humbling experience and a challenging experience.

We learn and grow every day all together and we intend to keep doing so as we proceed forward.

IP: You’ve assembled a unique staff. Three coaches from the FCS ranks, including two from UC Davis, as well as two more from Utah State. You also retained four coaches from the previous staff. What most excites you about the group you’ve put together?

AA: Well No. 1 is who they are as people. They are very engaging and fun and it’s real. That was one of the biggest things. It starts with the people first. We’re all people and we’re very fortunate to be part of this game and at this university, but if you want to create a great environment it starts with the people, so being able to see them operate and how they move through the building now that they are all together here as well as the recruiting staff, the strength staff, the gas, it’s not just the 10 full-time coaches — it’s been unbelievable to watch.

IP: Eight seniors elected to take advantage of the NCAA rule allowing them to come back for another season in 2021 — wide receivers Octavius Evans and CT Thomas, offensive linemen Jake Stetz and Uzo Osuji, nickel Kekaula Kaniho, linebackers Riley Whimpey and Brock Miller and specialist Joel Velazquez. Were they the only eight seniors offered the chance to come back or how did that work?

AA: The ones that were interested in coming back, they had unfinished business they wanted to settle and got the opportunity to come back. There were a few more kind of on the fence, but obviously in order to do this, football is a very, very demanding sport that takes a lot of sacrifice and your heart has to be all the way in on it. Naturally last year was a very tough year so the eight players that decided they wanted to come back, those are the ones that are obviously coming back. In terms of providing the opportunity, the discussions had already been back in terms of who wanted to come back and those types of things when we arrived. These were the eight and we are excited to have them be able to come back.

IP: Just to clarify, a team typically gets 85 scholarships. Does this mean you can have 93 next year and if so, that obviously means a bigger expense for the athletic department?

AA: Yeah, we get the 85 plus the eight super seniors. (New AD) Jeremiah Dickey made that opportunity happen. Not only from the standpoint of organizing and then being able to generate through our donors and people that help the program to facilitate the means to bring those eight back and not have it affect the 85 which is unbelievable. That’s an unbelievable feat. This is a new element of college football, this has never happened before and we’re both new, we both jump in and the bottom line is that we’re going to take care of the super seniors that decided they had unfinished business and wanted to come back. Being able to square that away was very good.

IP: As a coach with a defensive background will you be heavily involved in the defensive game plan and sitting in those meetings more so than maybe the offense?

AA: Defensively it will be more for support. We hired people and we put people in positions so they could go forward and lead and operate and I’m fully confident in those guys. Having a lot of experience on defense I’m here as a resource and I’m here to bounce ideas and help with whatever I can, but I won’t be sitting in those meetings day in and day out. Offensively it’s the same thing. I’m a resource. I can look at defenses for the offense and breaking defenses down, what are critical things that make that defense effective and things that could break them down, that’s what I can provide offensively and defensively. And then I’m going to coach special teams. Everybody in this program is going to be involved in special teams. I’m excited about those things, I really am.