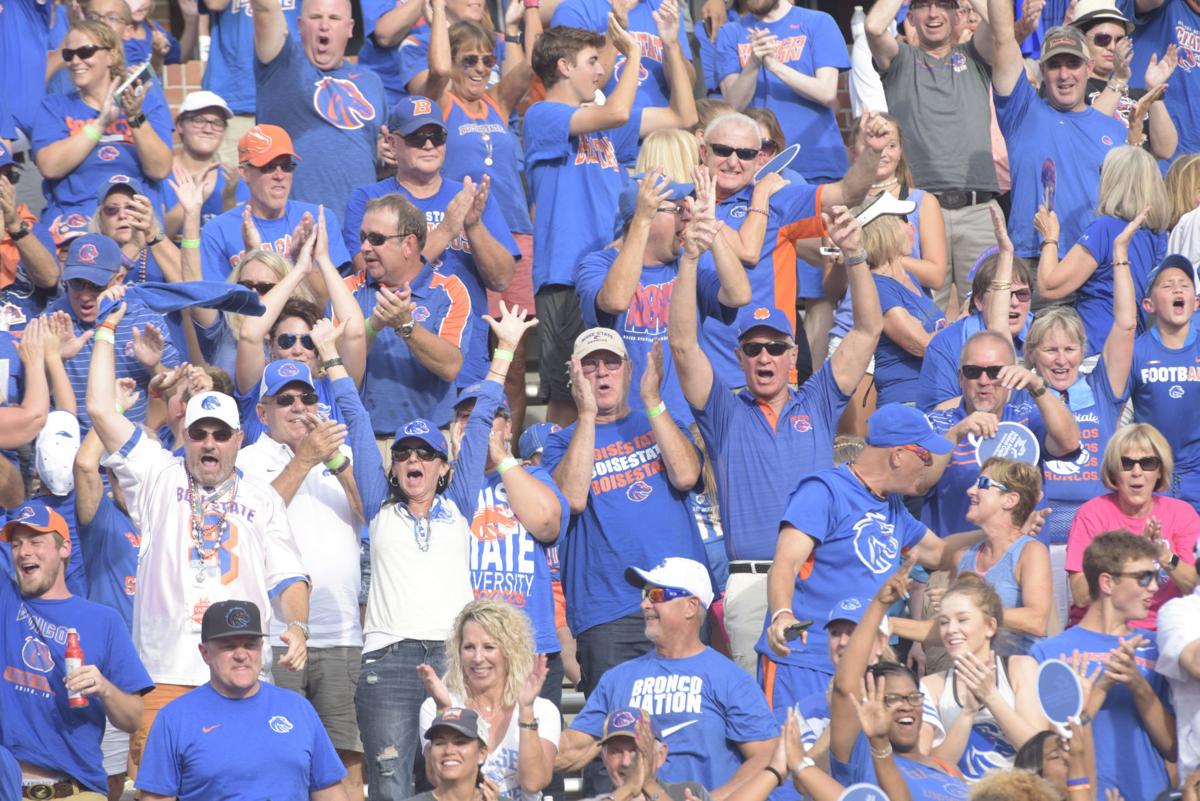 Boise State fans cheer after the Broncos scored a touchdown during a 2018 game at Troy. 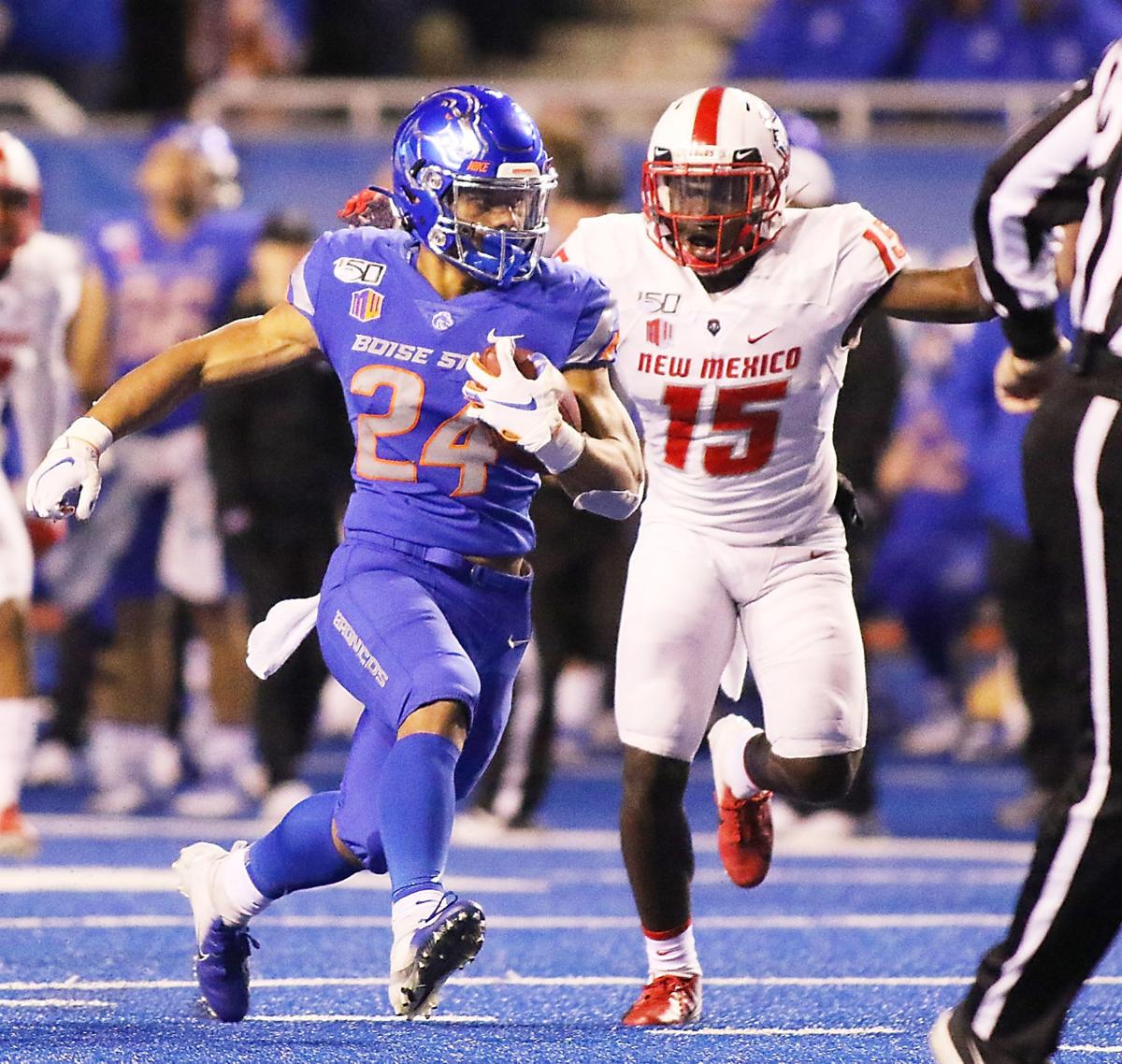 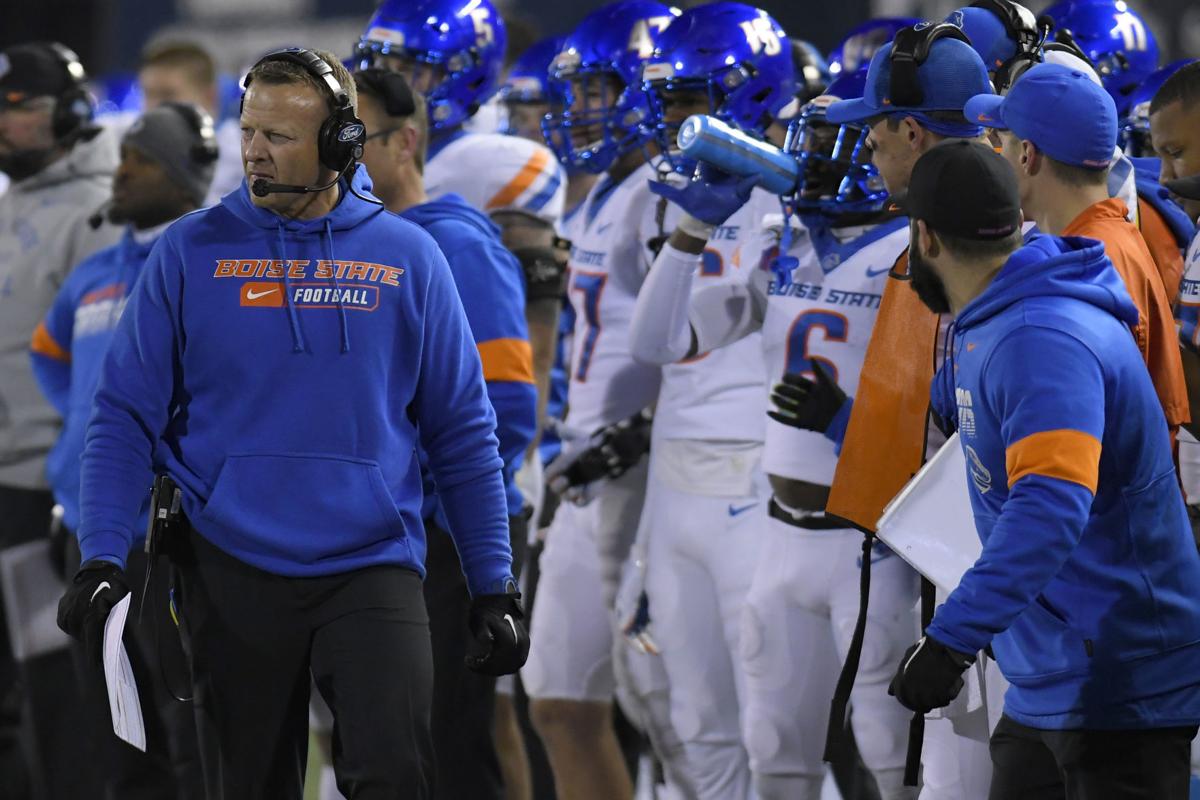 Boise State fans cheer after the Broncos scored a touchdown during a 2018 game at Troy.

FORT COLLINS, Colo. — The Boise State football team still has plenty to play for Friday afternoon when it visits Colorado State for a 1:30 kickoff on the CBS Sports Network.

Sure the Broncos already know they’ve won the Mountain Division and will host the Mountain West championship a week from Saturday at Albertsons Stadium regardless of what happens in Fort Collins.

But Boise State remains in the hunt for a spot in the Cotton Bowl and needs to impress the CFP committee with a dominant win. And it could make history as the first Boise State team to go undefeated in Mountain West play since it joined the league in 2011.

It would seem to be easy for the Broncos to look past the 4-7 Rams and already be thinking about hosting the Mountain West title game against Hawaii. The game means nothing for the Mountain West race; snow is expected; the crowd figures to be small – it’s a prime scenario for a letdown.

In search of anything to motivate and keep them focused on Friday’s game, Harsin and the Broncos have pointed to the chance to go 8-0 for the first time in Mountain West play. The Broncos have gone 7-1 twice in league play, but never finished undefeated.

“Knowing all the Boise State accomplishments with the undefeated records and Fiesta Bowls, being the first to do something in school history, that’s crazy that some of us can still achieve something like that,” redshirt junior Curtis Weaver said. “Doing that would be a great achievement in the history of Boise State.”

Boise State has been in this scenario before, where it already had the division clinched up before playing the final regular season game of the season. It didn’t go so well in 2017 when the Broncos lost at Fresno State, 28-17.

“We kind of learned a little bit from the Fresno back-to-back games we played,” Harsin said. “We didn’t win that regular season game. You learn things along the way, and I know that was very upsetting to a lot of guys on that team.

“This senior class, when you tell somebody you can do something around here for the first time, they perk up. I fully expect our best week of preparation and complete focus.”

Harsin informed the players during a team meeting earlier this week about the possibility of becoming the first Boise State team to go 8-0 in Mountain West play. And the players seem to have bought in.

“When he mentioned it in the team meeting I know a lot of eyebrows were raised,” safety Evan Tyler said. “There are a lot of great teams that have come through here and have played in the Mountain West Conference and the fact that we could be the first team to do that, it’s pretty awesome. We take that to heart and we want to do that.”

San Diego State is the only school of the four to still be in the Mountain West.

Boise State would be the first team in four years to accomplish the feat should it win in Fort Collins.

Adding intrigue to Friday afternoon will be the Memphis-Cincinnati game going on at the same time. The Broncos sit behind both in the College Football Playoff rankings, but will likely jump ahead whichever team loses as long as it wins.

If Cincinnati wins, it would host Navy in the AAC Championship next week. A Navy win in that game would open up the door for the Broncos to be the top-ranked Group of 5 conference champion and earn the spot in the Cotton Bowl.

If Memphis wins Friday, it would host Cincinnati again next week in the AAC Championship. The Broncos would then need Cincinnati to win in order to be the top Group of 5 team.

The only thing that truly matters Friday? Taking care of business and beating Colorado State.

“I think everybody’s attention is on what we have to do this week,” Harsin said. “It’s all about finishing. That’s the mindset.”