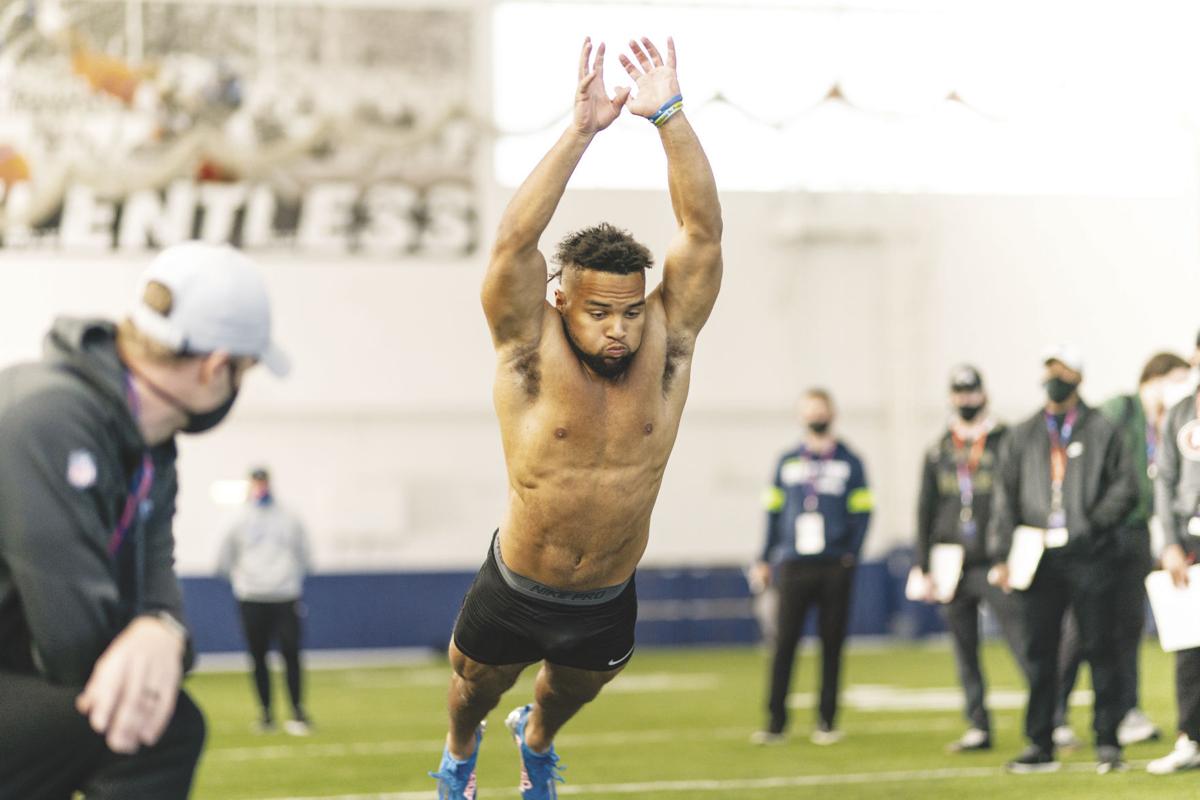 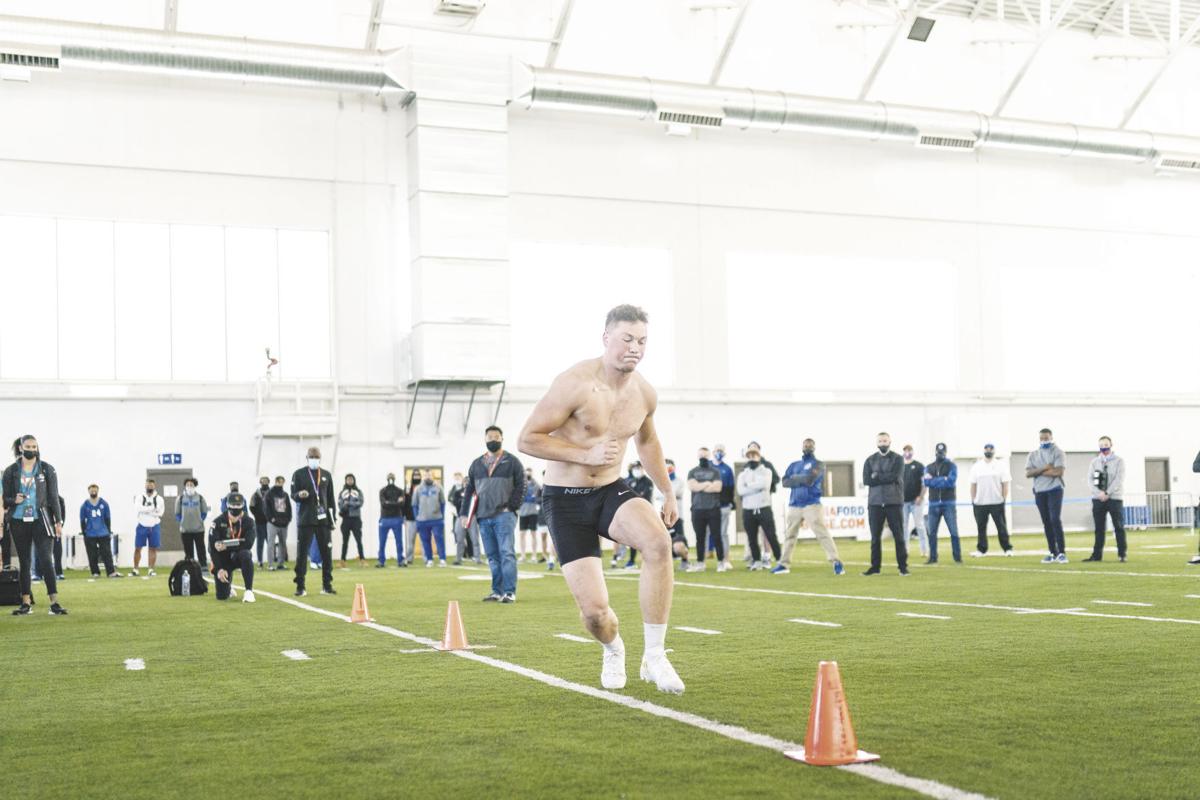 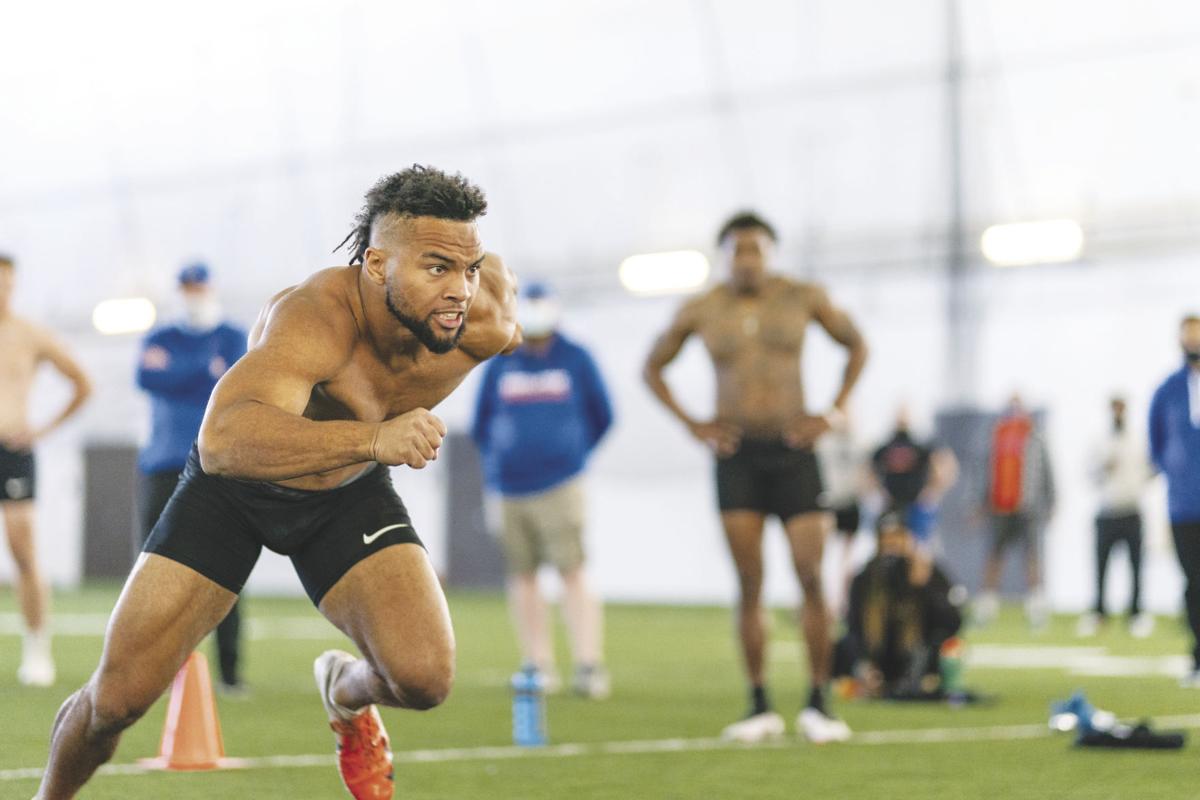 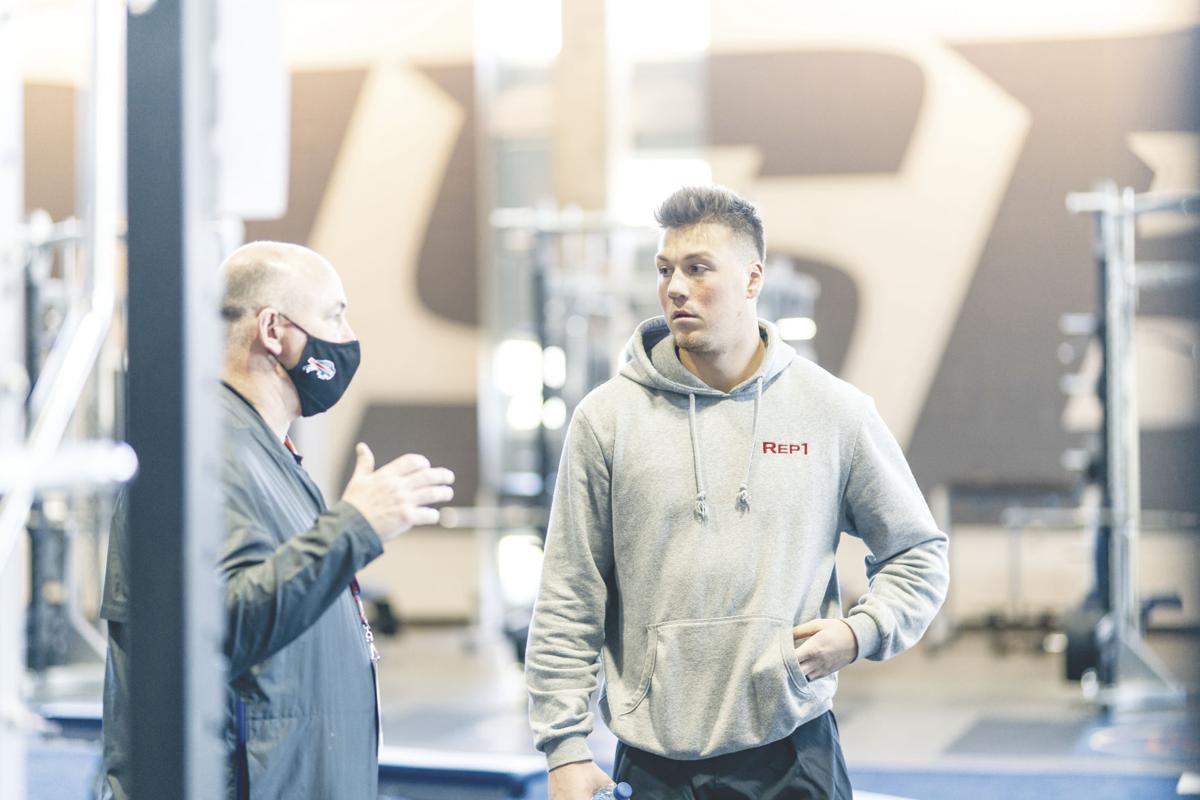 BOISE — It turns out the crazy thoughts and wishes Boise State fans had of Avery Williams getting snaps at running back last fall may not have been that off the wall after all.

Williams, an All-American kick and punt returner, went through running back drills at Boise State’s Pro Day on Wednesday afternoon in hopes of marketing himself in multiple ways to NFL teams.

“Scouts have requested that I do some third-down running back stuff which I showed today and also some slot receiver stuff,” Williams said. “Guys just want to see exactly what I can do and I’m glad they requested that so I could show them more.”

He had nine career return touchdowns to tie the NCAA record.

Many expect special teams — where he also excels blocking kicks — will be his main ticket to landing on an NFL roster. But he also a first team All-Mountain West selection as a cornerback and won multiple defensive honors for his play on defense.

Throw in his ability to potentially play running back or wide receiver — something Boise State fans were calling for last fall due to the lack of depth at running back — and Williams could be turning himself into a valuable commodity for NFL teams.

“I want to be the most versatile player in this draft,” Williams said. “The more you can do, the more you value you have. That’s what I wanted to exhibit today.”

Pittsburgh Steelers Special Teams coach Danny Smith was among those in attendance Wednesday to watch Williams, tight end John Bates and safety Evan Tyler work out. Williams confirmed he’s had multiple conversations with Smith and the Steelers among other teams.

There were 27 NFL teams represented by either scouts or coaches on Wednesday.

“This was a big step but the jobs not done yet,” Williams said. “There’s a few more steps. My ultimate goal is to make a huge impact at the next level and be one of the best to do it. This was just one of the first few steps.”

The former walk-on Williams said he’s just hoping a team takes a chance on him. If they do, he’ll make sure they don’t regret it.

“That’s how it has always been, even here at Boise State,” Williams said. “I walked-on here. All I needed was a shot. That’s something I’m grateful for and something that will never leave me. Drafted or not, at the next level I’ll continue to have that walk-on mentality.”

Asked what he hoped he showed NFL teams Wednesday, Williams said, “That I can do it all and not only can I do it all, I’m willing to do it all. And I want to win a Super Bowl.”

The NFL Draft is set for April 29 to May 1 in Cleveland, Ohio.

BATES HAS A WEEK TO REMEMBER

No matter what John Bates does the rest of 2021 or how high he gets drafted in the upcoming NFL Draft, nothing will compare to the day he had on March 22: He got married.

Bates and longtime girlfriend Kegan Bertram tied the knot in a private ceremony with just the two of them in Southern California. They then went straight to In-N-Out for a celebratory meal. Now what could be better than that?

Well, nothing. But the tight end is hoping to add to a memorable year by hearing his name called in a few weeks during the 2021 NFL Draft.

Bates worked out in front of 27 NFL teams Wednesday at Boise State’s Pro Day, continuing the momentum he built during a strong week at the Senior Bowl in January.

“I felt very good about today’s performance,” Bates said. “I’ve been staying in contact with teams and it’s been really good. I feel really good about what I’ve been able to showcase for myself. I feel very confident in my abilities.”

The 6-foot-5, 250-pound Bates doesn’t have eye-popping stats or production from his time at Boise State, but he’s seen as a legit NFL prospect due to his unique combination of size and skill.

The tight end had 47 catches for 579 yards and two touchdowns during his four-year Boise State career. His best season came as a junior in 2019 when he had 22 catches for 273 yards and a touchdown.

Bates said no balls hit the ground during his workout Wednesday. He also showed off his ability as a blocker, which he hopes helps his standing with NFL teams.

“(NFL teams) will get someone that’s going to be able to do a lot of different things and play whatever role is needed on the team.”

He is seen as a potential draft pick in rounds 5-7 from most NFL analysts.

“I’ve been dreaming about this moment since I was four years old,” Bates said. “I’m super stoked. It’s a waiting game now. We’ll see what happens, but I’m super grateful and blessed to be in the position I am and with the people around me that got me to this point. I couldn’t be more excited and ready to go.”