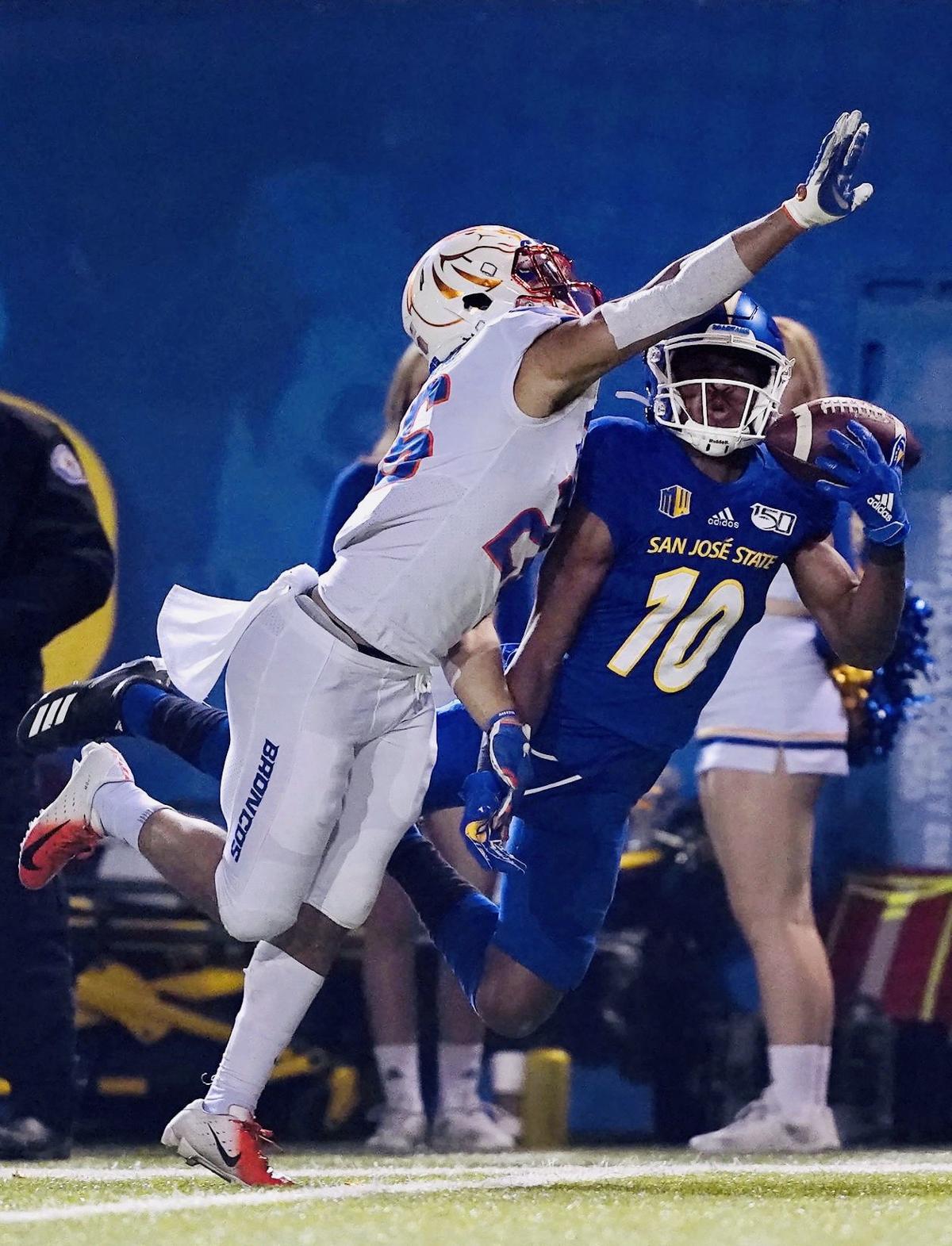 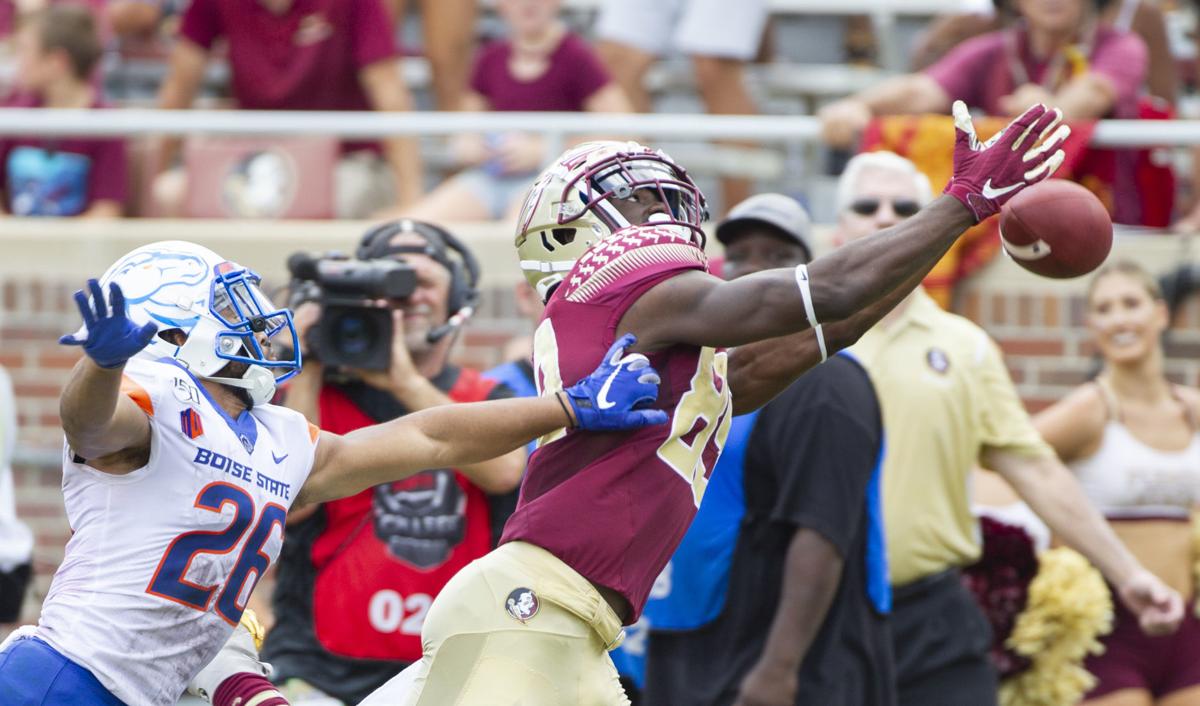 Cornerback Avery Williams is not afraid to admit he didn’t have his best season in 2019.

“I definitely didn’t live up to the standard that I have for myself,” Williams said.

Williams started 37 games the past three seasons and has made an impact both at cornerback and on special teams. The fifth-year senior is a veteran leader, a solid contributor and likely to be a team captain this fall.

But while he blocked two kicks and tied for second nationally with two punt return touchdowns, his play at cornerback slipped some — especially late in the season. Williams didn’t have an interception after having two in each of the two previous seasons, and he ranked fourth on the team with just four pass break-ups.

“It definitely was a little bit of a struggle as you saw toward the end of the season,” cornerbacks coach Jalil Brown said.

Williams often was lined up against the top receiver on the other team and that attributed for some of the big gains against him later in the season. But Brown has another theory.

“He was asked to do a lot,” Brown said. “He’s our punt returner and did a heck of a job doing that. He’s involved in other special teams, and he saw the majority of the reps at cornerback and had no injuries and didn’t miss any time. I think toward the end of the season he did maybe wear down a little bit. That’s one of the things we’re focusing on with him.

“I think Avery is plenty capable, and he has the right mindset and the ability to get himself going. … He’s made a huge point and emphasis of changing some techniques and being ready to play at all times.”

Brown said Williams’ technique and fundamentals may have suffered some later in the year because the Broncos were limiting his reps during individual drills in practice. He also said he was playing “lights out” during the first three spring practices before the COVID-19 pandemic hit.

Williams made no excuses for his subpar play at corner, but said it’s motivated him heading into his senior season in 2020.

“You have days and you don’t have days,” Williams said. “My preparation was there, so that’s why I don’t hang it over my head. It wasn’t like I went out there without watching film or not having my body in the right shape. It is what it is.

“Regardless of getting special teams MVP and stuff like that, that was one of my goals, but my standards are across the field everywhere I play, so if I’m not meeting a standard on the field I’m going to be disappointed in myself. It’s something I have to learn and improve from, which I’ve been doing.”

While Williams entered the year as the top corner, Jalen Walker may have taken that title over by the end of the season. Walker was named to the All-Mountain West Second Team after breaking up nine passes and returning an interception 15 yards for a touchdown at Utah State.

Walker started all 14 games in his first year as mainstay Tyler Horton’s replacement, and quickly eased any concerns the Broncos might have had about the position.

“He held his own and did a heck of a job for us,” Brown said. “We asked a lot of him, we put him in man coverage a ton and he stepped up to the challenge.”

The redshirt senior has visions of continuing his football career at the next level, and could put himself in position to do so with a big season this fall.

In addition to starters Williams and Walker, the Broncos return the entire cornerback group from last season. That includes talented sophomore Markel Reed, who debuted as a true freshman in 2019 and proved capable of being the all-important third corner.

As the Broncos look to ease the workload on Williams to keep him fresh, Reed likely will have a much bigger role.

“He has a ton of potential,” Brown said. “He has all the intangibles you want in a cornerback. He has length, speed and he has quickness too.

“He was a lot more mature than the average freshman coming in, and that helped him a ton. He got that first year under his belt and he won’t be as wide-eyed at game time. He’ll emerge and grow as a corner. I expect him to make huge strides from last year going into his second year.”

Tyric Lebeauf and Chris Mitchell figure to have a chance to contribute, and the Broncos are high on junior college transfer Jonathan Earl as well.

With both starters back and some dependable depth behind them, the cornerback position appears to be a strength for the Broncos.

“It feels a little better than last year,” Brown said. “We can run in different guys and have multiple packages and have more guys on the field.”

“They are willing to help those young guys,” Brown said of having two senior starters. “Jalen and Avery can answer a lot of questions. They can coach those boys up in the room and on the field. They have set a standard. They’ve gotten to this point, being seniors and playing well for us, where now it’s teaching those details to those young guys.”