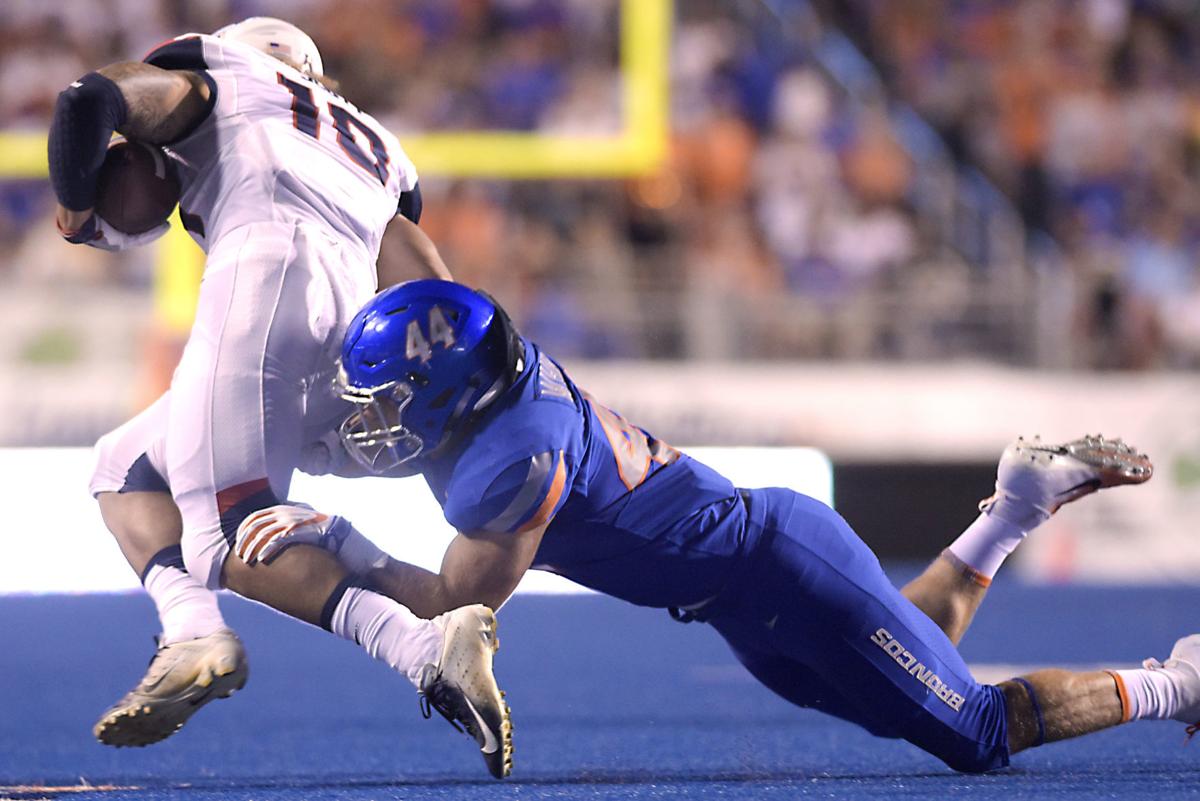 Boise State linebacker Riley Whimpey (44) wraps up UConn running back Zavier Scott (10) during a game at Albertsons Stadium on Sept. 8, 2018. 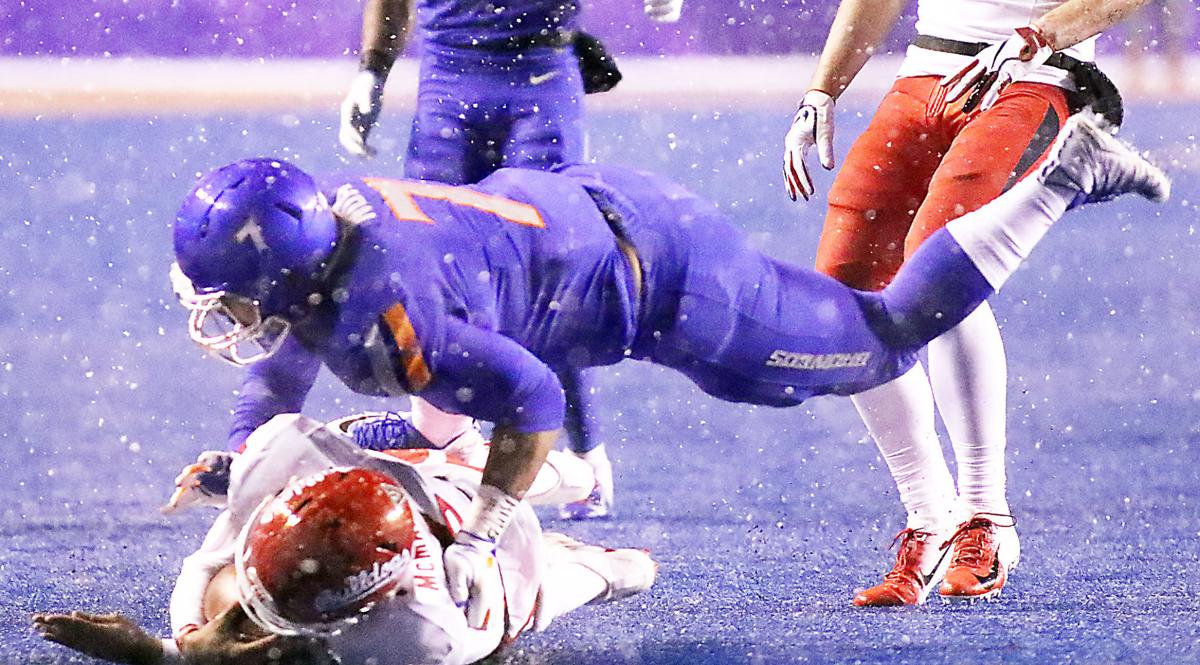 Boise State linebacker Riley Whimpey (44) wraps up UConn running back Zavier Scott (10) during a game at Albertsons Stadium on Sept. 8, 2018.

Calling it an embarrassment of riches might be a bit much, but the Boise State football team appears to be in good shape at linebacker heading into the 2020 season.

An early season injury last year to starter Zeke Noa opened the door for Benton Wickersham and Bruno DeRose to get valuable experience. All three are back, as is senior starter Riley Whimpey. And the Broncos also welcome graduate transfer Brock Miller, who was a starter last year at North Carolina State.

That’s five capable candidates for the two inside linebacker spots, and that doesn’t even include talented youngsters D.J. Schramm and Brandon Hawkins.

“I’ve been pleasantly surprised with the depth part of that group,” defensive coordinator and inside linebackers coach Jeff Schmedding said. “I think guys have gotten better.”

Whimpey led the Broncos in tackles last year with 83, and he also had seven tackles-for-loss, seven pass break-ups, a forced fumble and a fumble recovery. His production increased later in the season as he continued to get healthier from a torn ACL suffered midway through the 2018 season.

“He’s played a lot of good football here,” Schmedding said. “I thought coming off the knee injury the year before he didn’t start maybe the way he wanted to start, but as the year went on he got better and better. From the Florida State game to the Wyoming game, it was two different guys out there.

“He’s got himself in great condition, but the challenge to him is leadership. He’s put in the work on the field and he’s walked the walk, but we’re trying to get him to be a little more vocal out there.”

Noa started the first four games last year as a redshirt sophomore before suffering both a broken wrist and torn ACL in the same game. He was off to a great start at middle linebacker with 28 tackles, three tackles-for-loss and a sack before going down. He’s expected to be back at full strength by the season opener against Georgia Southern.

“He’s a guy that was leading our team in tackles when he got hurt,” Schmedding said. “He’s on pace to be back .... He’s ahead of schedule with his recovery.”

The injury to Noa allowed the former walk-on Wickersham to step into a prominent role. He started the final 10 games of the season and finished third on the team with 63 tackles. He also added four tackles-for-loss, a sack, an interception, three pass break-ups and a forced fumble.

“When Zeke Noa went down and he had to fill a role, he was ready to go,” Schmedding said. “He’s like having a coach on the field. He’s played a lot of football, he studies it, he’s very thoughtful on his approach and has a good feel on the pulse of the team.”

DeRose, a former walk-on with 40 career games under his belt, had 20 tackles while appeared capable of playing a bigger role. And Schramm and Hawkins both saw a little playing time as redshirt freshmen in 2019.

The biggest wild card of the group is the 6-foot-3, 238-pound Miller, who started 11 games last season for N.C. State and had 40 tackles, seven tackles-for-loss and a sack.

That’s as many as seven names for two spots, which should be a nice luxury for the Broncos.

“I’m excited about the opportunity for more competition with that crew,” Schmedding said.

HE SAID IT: “The challenge in that room is building dependable depth that we can rotate throughout a game, and increasing the leadership,” Schmedding said.