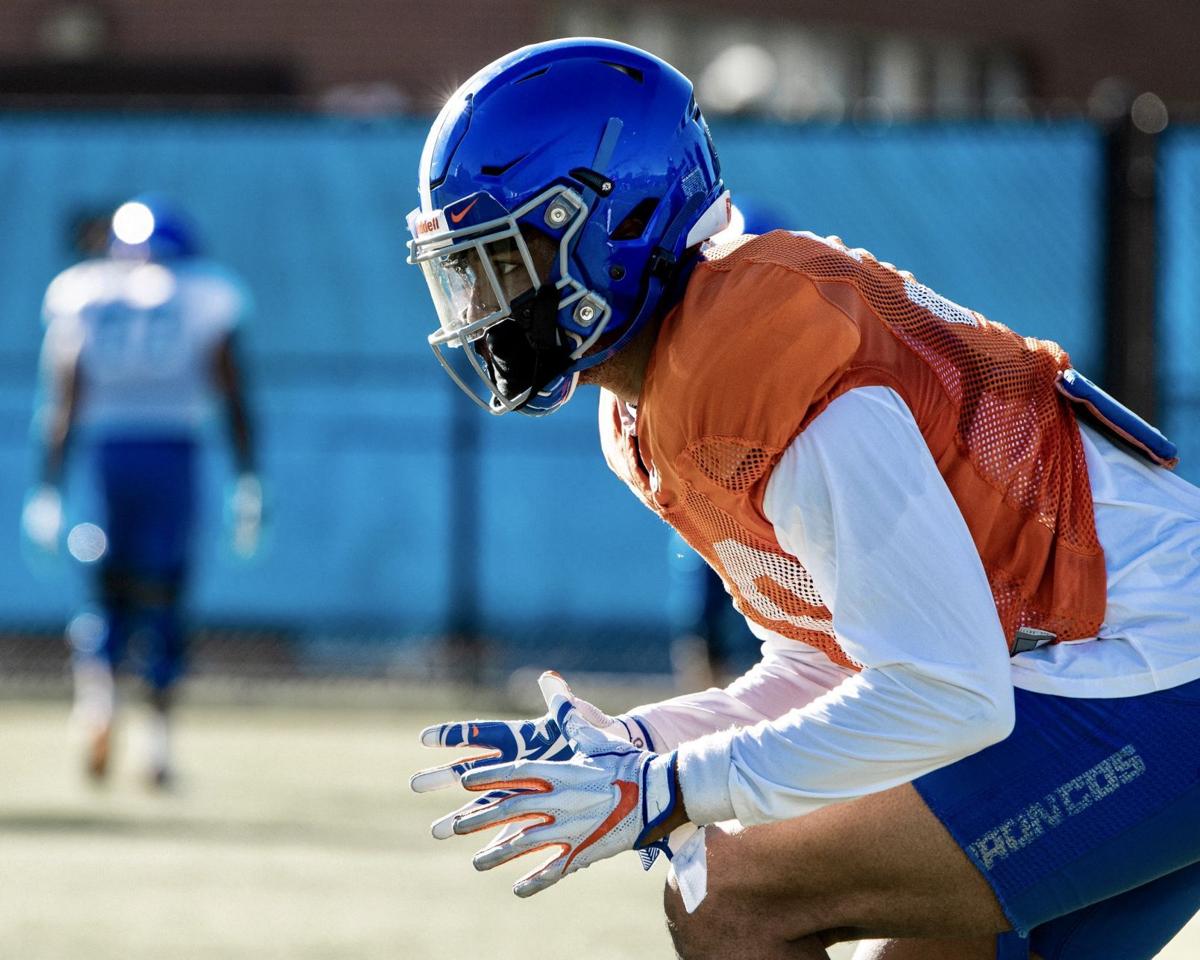 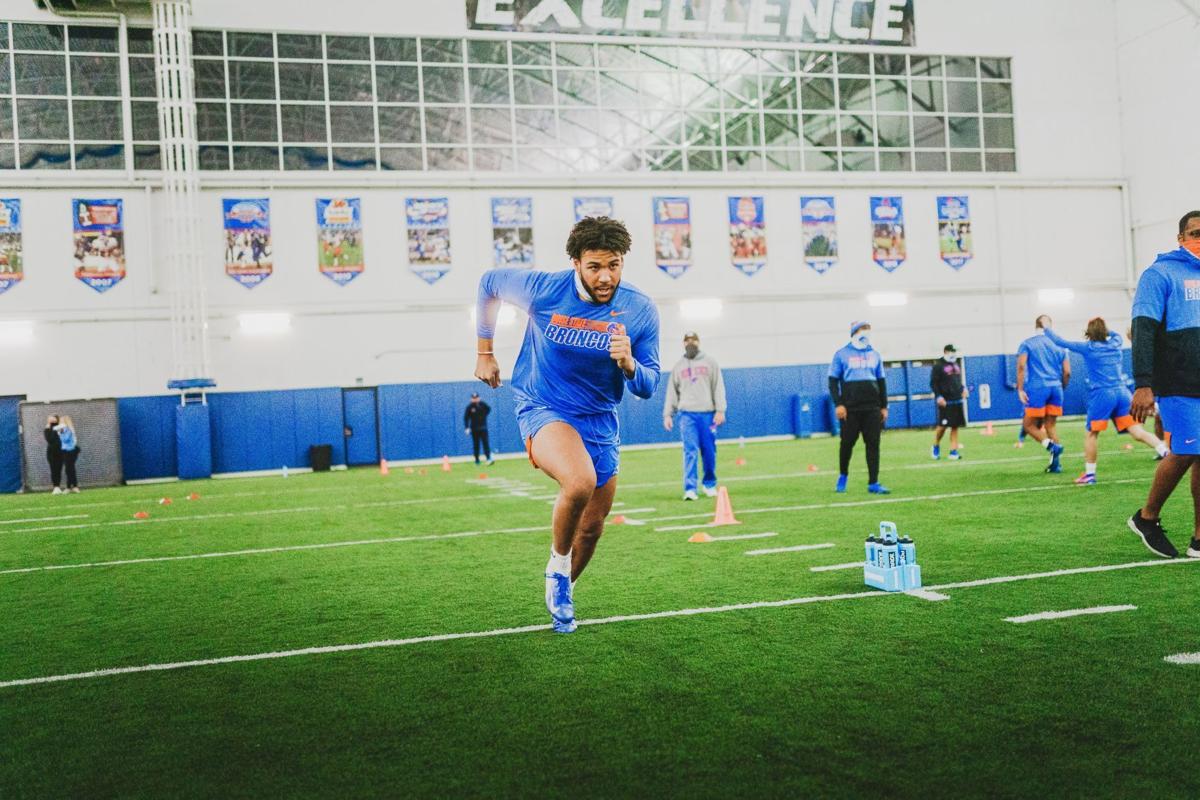 BOISE — Growing up in Canada, Isaiah Bagnah became familiar with Boise State by doing what many kids do — by playing video games.

“I remember back in the day playing college football on Xbox, me and my friend would play and I tended to pick the blue turf because that was always cool to me,” Bagnah said.

Bagnah, who grew up in Lethbridge, Alberta, continued a pipeline of Canadian players coming to Boise State when he joined the program prior to the 2019 season. The three-star defensive line recruit redshirted in 2019, but made an immediate impact last fall — finishing second on the team with 3.5 sacks in just six games.

“It’s exciting,” Bagnah said. “You work hard, you put in the work and you love to see results from that. But I’m just keeping my head down and working. That’s all I can do.”

Bagnah said he got inspiration from former Boise State defensive lineman Tyrone Crawford, who also came from Canada. After staring at Boise State he went on to a long NFL career with the Dallas Cowboys.

“Seeing how much of an impact he made here at Boise State coming out of Canada, that was a big thing for me,” Bagnah said. “To be in the NFL, that’s the dream right? I’ve always had that in my mind.”

Bagnah said representing Canada is “a really big deal” to him.

After his impressive debut in 2020, the STUD figures to have an even bigger role on the defense this fall.

“Coming in and filling a spot that is pretty important on our defense gave me some confidence going into spring ball and put me in a position where I can help lead my team on the defense,” Bagnah said. “It just drives me to work harder and push harder.”

“With COVID, the Canadian borders have been closed ever since last year in March so I haven’t had the opportunity to go home since Christmas break of my freshman year,” Bagnah said.

Other players have taken him in to help fill the void of not seeing his family. He’s been to Brawley, California, with Casey Kline; Yorba Linda, California, with Michael Callahan; and out to Fruitland with his roommate Tyler Eiguren.

“I’ve had the opportunity to spend my breaks, Christmas, with my teammates — my family away from home,” Bagnah said. “We’re a big family and they are taking care of me. ... It means the absolute world to me and shows how much love we all have for each other.”

KOETTER BACK IN FAMILIAR SPOT

Wide receiver Davis Koetter called it a “no-brainer” to join the Boise State football team as a walk-on when the opportunity arose after Andy Avalos was named head coach.

Koetter was born in Boise and is familiar with the program — his dad Dirk was the head coach of the Broncos from 1998-2000.

“I’m fired up,” said the younger Koetter, who transferred from Portland State in January. “We have a place in McCall and would go there every summer. With the coaching profession you move a ton so we’ve always considered McCall home, so I feel like I’m back home.

“I’m fired up to be back in Boise. It’s a great city. They love their football here and it feels good to be back.”

Dirk recently retired after spending the last 14 years as a head coach and assistant coach in the NFL. The family is relocating to Boise, which served as the perfect time for Davis to join the Broncos. He’ll have two seasons of eligibility left, starting immediately this fall.

“My dad has only been to two of my college games,” Koetter said. “Growing up that was always my dream. I wanted to play here on The Blue.”

Koetter actually played on The Blue in 2019 with Portland State, but said “the lights were a little too bright for me. I didn’t have my best game.”

He had 38 catches for 626 yards and eight touchdowns for the Vikings in 2019 as a sophomore and didn’t play last fall due to the COVID-19 pandemic.

“I definitely feel like I have what it takes and I have that confidence in myself, but we have an unbelievable group of receivers here,” Koetter said.

The first oral commitment of the Andy Avalos era is a big one. Boise State picked up a non-binding pledge from quarterback Katin Houser, a three-star quarterback from St. John’s Bosco in California — the same school as current Broncos running back George Holani.

Houser, originally from Henderson, Nevada, is ranked among the top 20 pro-style quarterbacks in the 2022 recruiting class. He has offers from close to a dozen schools and picked the Broncos over a pair of Pac-12 teams, Oregon State and Washington.

The 6-foot-3, 200-pound Houser is the first high school player to commit to the Broncos since Avalos took over in January.