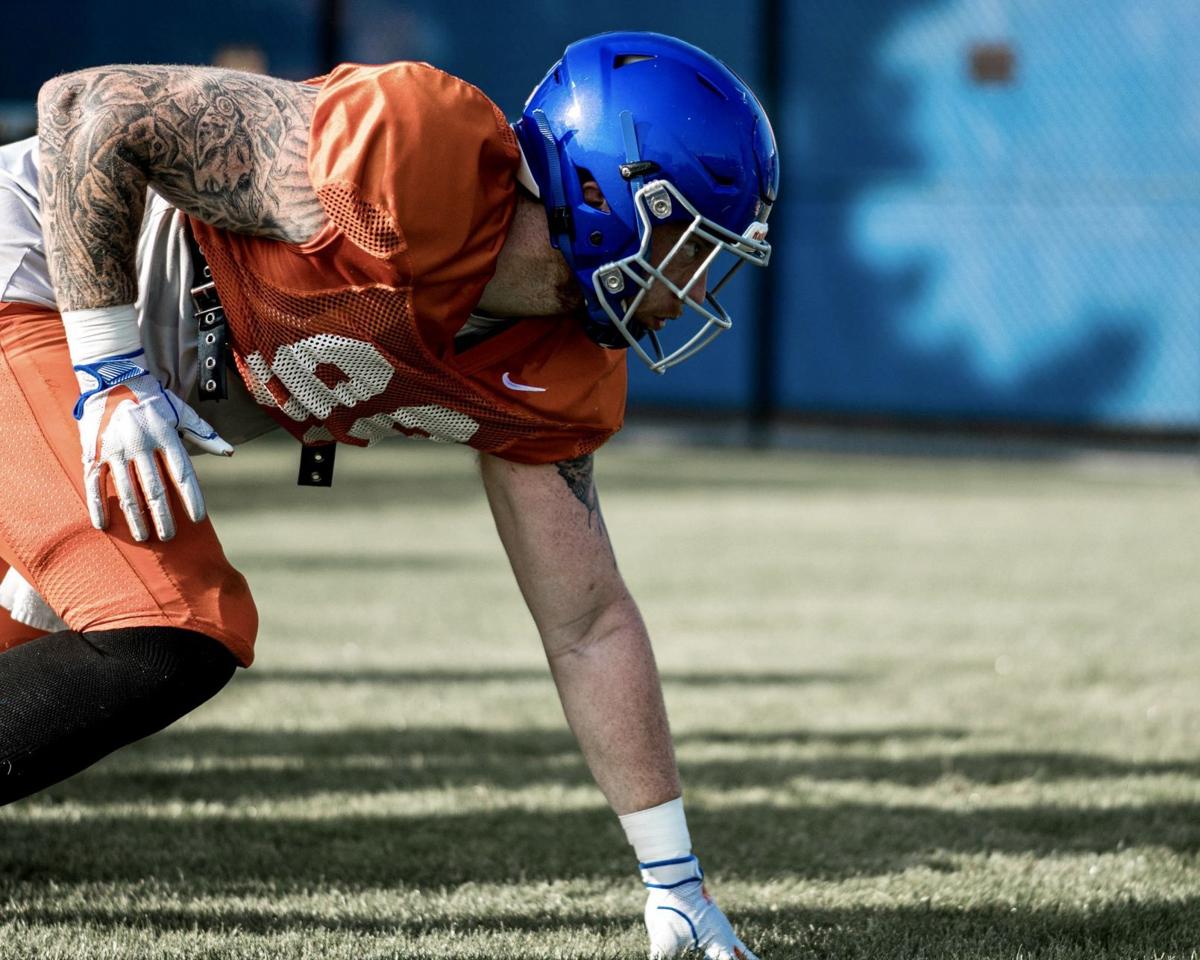 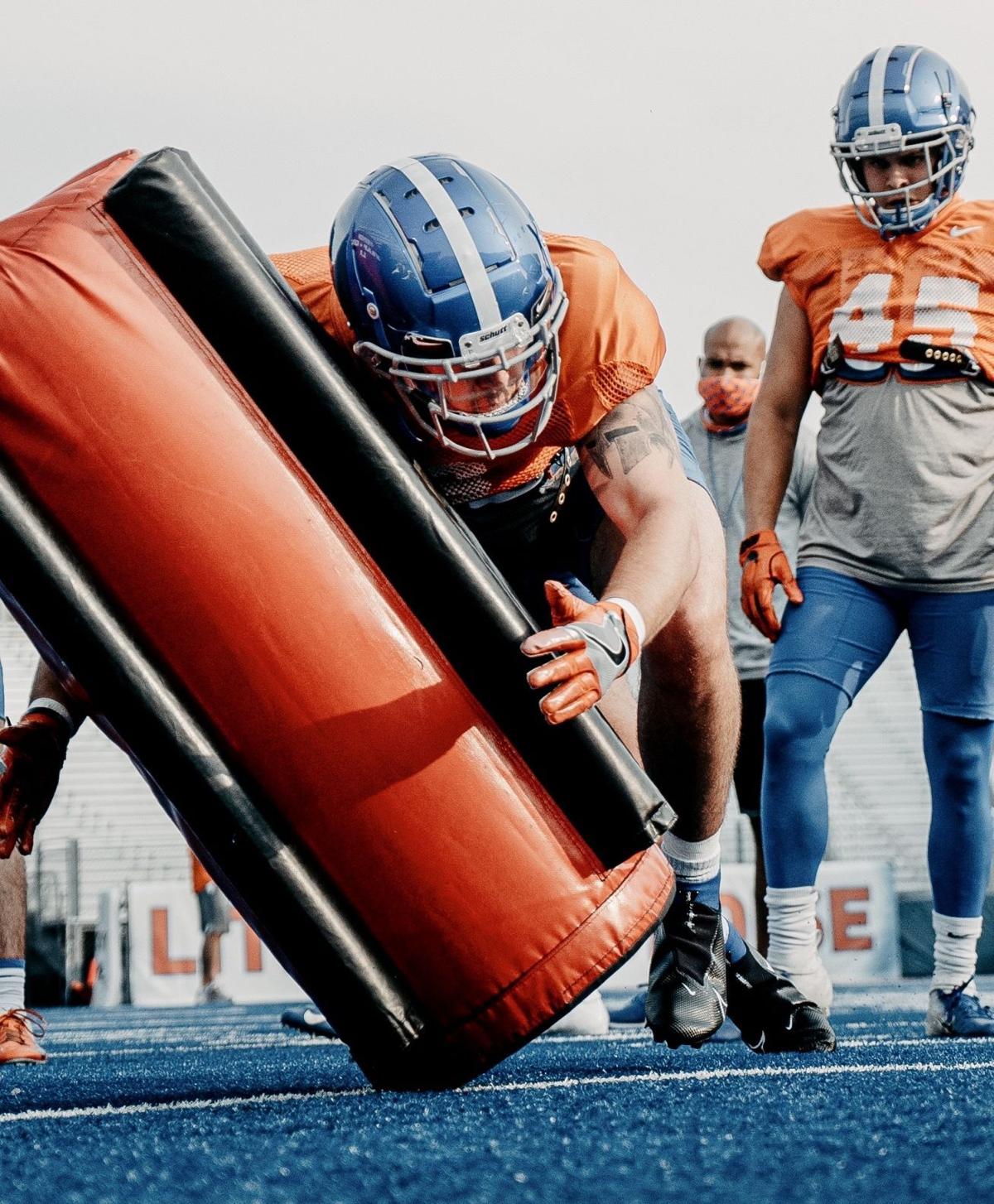 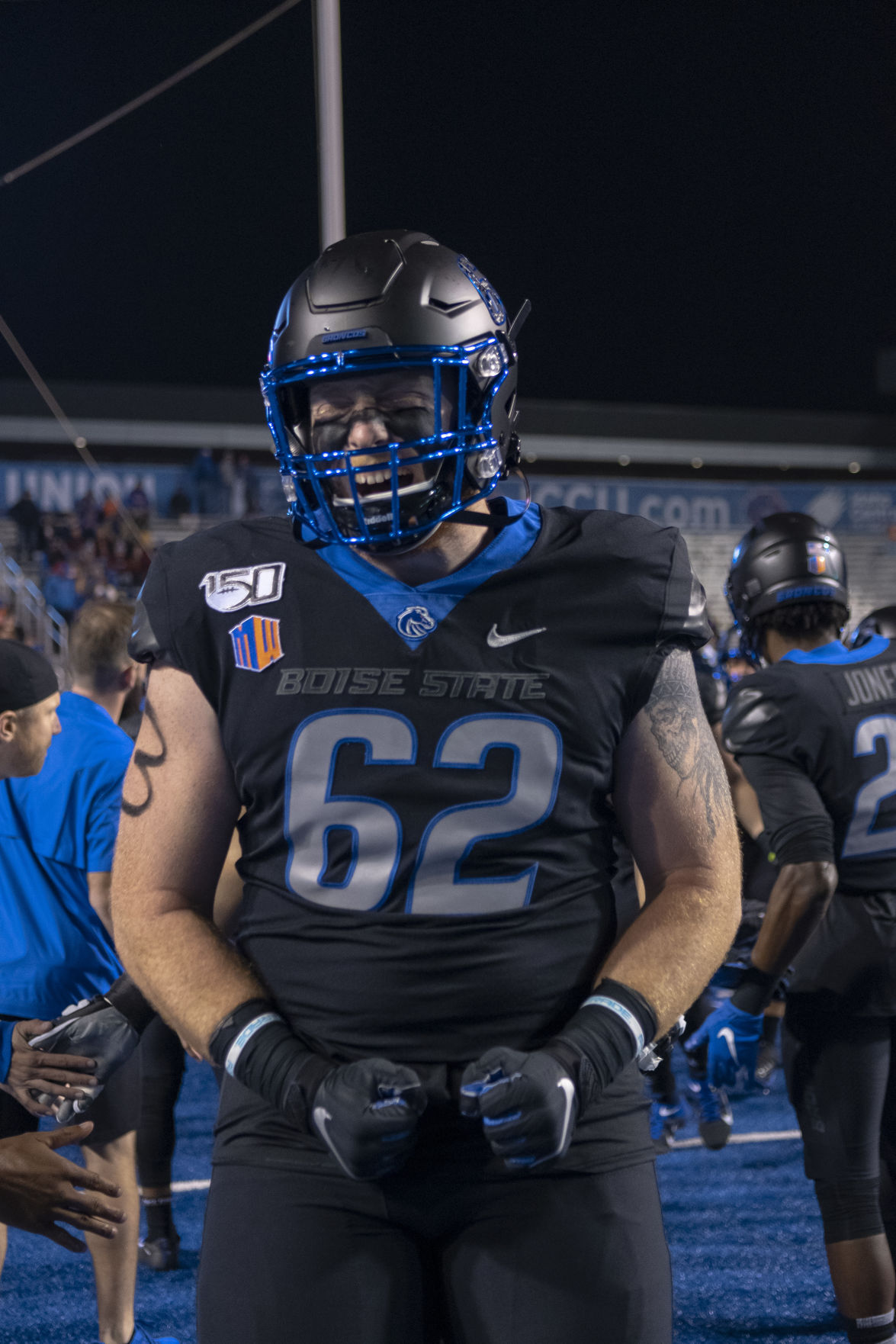 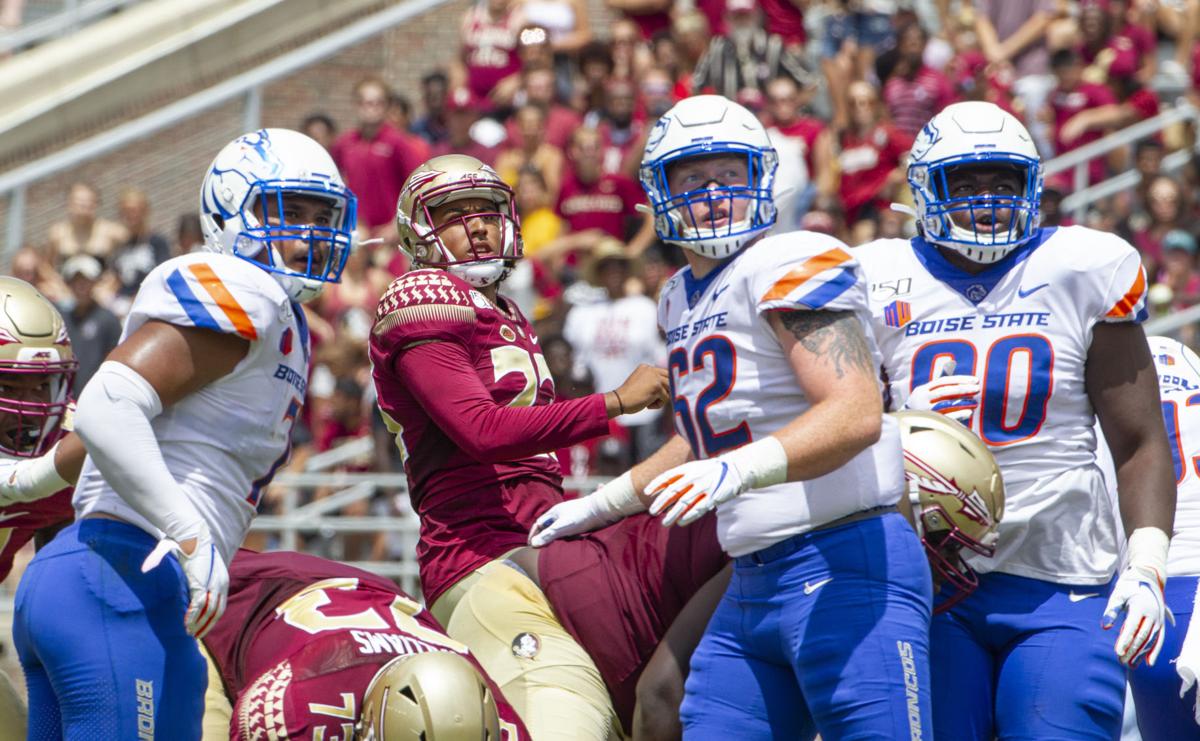 Boise State’s Scott Matlock (62) watches along with Florida State place kicker Ricky Aguayo (23), Boise State linebacker Ezekiel Noa (7) and Scale Igiehon (90) after a field goal attempt by Aguayo in the first half of a game on Aug. 31, 2019 in Tallahassee, Fla.

Boise State’s Scott Matlock (62) watches along with Florida State place kicker Ricky Aguayo (23), Boise State linebacker Ezekiel Noa (7) and Scale Igiehon (90) after a field goal attempt by Aguayo in the first half of a game on Aug. 31, 2019 in Tallahassee, Fla.

BOISE — Ask any Boise State football coach about standout players during fall camp and the same name continues to come up.

Matlock, a Homedale High School graduate, appears to have made enough of an impression that he’s in line to start at defensive tackle for the Broncos despite recording just two tackles last season in limited duty as a backup.

“I think he’s as good as I’ve ever seen him with his focus,” Harsin said. “He’s a very driven individual. He’s not a guy that you have to go out and motivate. Just give him a good plan and he’s going to go out there and work in the weight room, the classroom, on the field. He’s got that drive. It’s special.”

Matlock saw action in two games in 2018 during his redshirt season, and played sparingly in 12 games last year in a reserve role. He spent the two years soaking up all he could from David Moa in anticipation for the opportunity that would come his way when he left.

That time has arrived, and the 6-foot-4, 275-pound Matlock appears ready to take advantage of it.

“I’m excited to step up and accept the challenge,” Matlock told the Idaho Press. “I have something to prove. I don’t want to be compared to anybody, I just want to go play football how Scott Matlock does and I’m going to do anything and everything I can to help us go win another championship.”

On his relationship with Moa, Matlock said, “Having him as a mentor is something I really wanted to take advantage of because he’s played this game for a long time and he’s very good so any takeaways I could get from him was awesome. I knew my time was coming and I’ve been preparing well. But I can always do more, so I’m excited to see what the season holds.”

Matlock has already overcome more than anyone his age should have to deal with just to reach this point. He lost his dad to cancer when he was just nine years old, and his mom unexpectedly passed away in her sleep from heart disease just four years later.

After bouncing around foster families in Boise and struggling to get his life back on track, he landed with a foster family in Homedale, Mike and Donna Marose. He enrolled at Homedale High School, a small school away from his friends and previous life in Boise.

It’s there that things turned around for him, and he became star football player with interest from multiple Division I teams. But there was only one school he wanted to go to, and that dream came true when he accepted a scholarship offer from Boise State.

You can read our feature on Matlock from 2018 for more on his back story and the loss of his parents.

After initially planning on ‘grayshirting’ and enrolling in the spring of 2019, Matlock took advantage of an extra roster spot and joined the Broncos in the summer of 2018.

Now barely two years later, he’s slated to be a key contributor for the team he and his family grew up rooting for.

“It’s been surreal,” Matlock said. “Sometimes it’s hard to believe where I came from and with what’s happened that I’m here playing and I’m a Bronco and I get to go out there and practice on the field. It’s just awesome. Being around the all the guys and the coaches, it’s a sense of family and more than just football.”

Matlock, the Idaho Press 2018 Sports Stars Inspirational Athlete of the Year, would have been an easy player to root for whether he did much on the field or not. But the redshirt sophomore appears to have put himself in position for a major role along the defensive line, which makes his story even better.

“He had one of the best offseasons of anybody I’ve seen,” Danielson said. “I don’t know if he’s missed a workout since January. If the gym is open, Scott Matlock is down there working out. He moves better than I’ve ever seen him move.

“I was watching some old film from last year when he’d get in the game if we were up a little bit or to give David Moa a breather and him right now is night and day different than he was last year. I’m not just saying that. When you guys see him play, you’ll be like that’s a different human. And I really do mean that. From how he moves to how he can strike an offensive lineman, get off blocks, his change of direction...I’ve been very happily surprised (with his rapid improvement).”

The best part? Matlock potentially still has four years left in a Boise State uniform. As a redshirt sophomore he would have had 2020 and two more years, but an NCAA rule is not counting this fall against a players eligibility due to the COVID-19 pandemic. That means Matlock still has three years of eligibility left after this season.

Matlock dreamed of running out onto the blue turf and playing for the Broncos. Now he’s already entering year three — one that figures to be his best yet.

“It’s going by incredibly fast,” Matlock said. “It’s very surreal. I don’t know where the time goes. It’s flying by for sure, but I’m trying to enjoy every moment and everything I can. The conditioning, the workouts, practices, I just want to take it all in and remember this forever.”