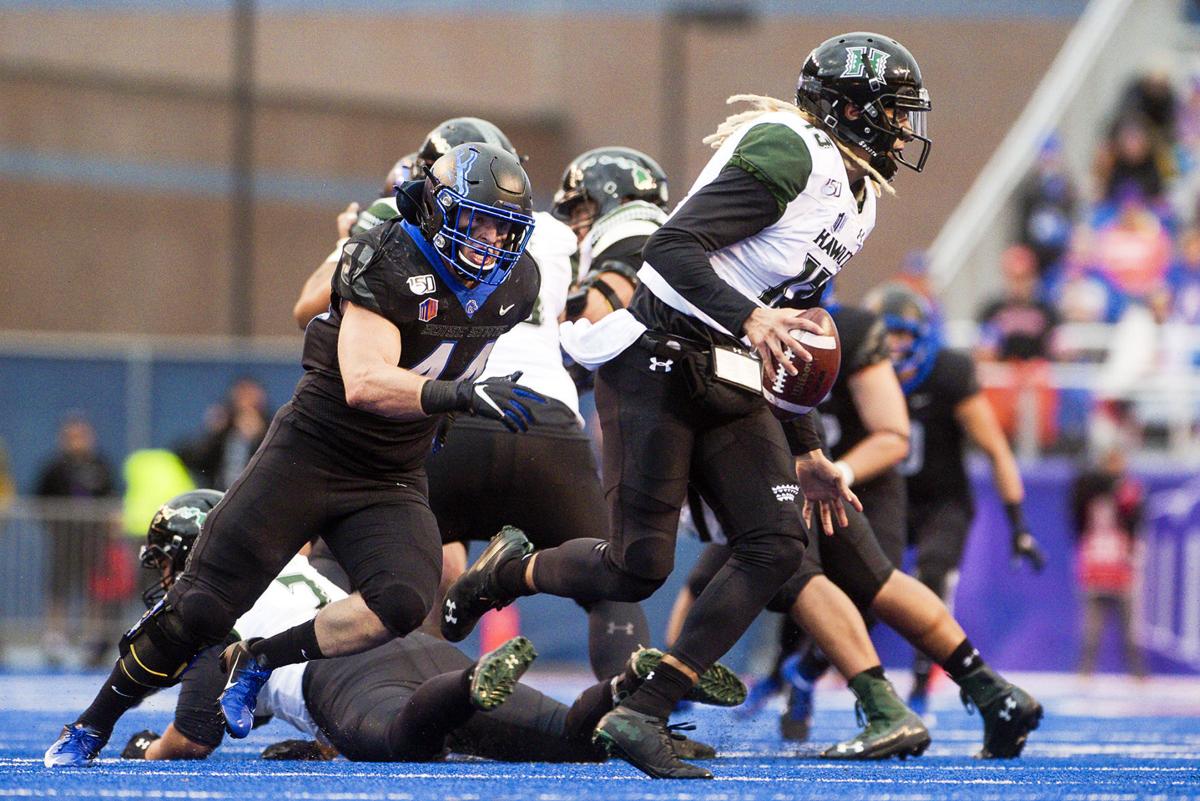 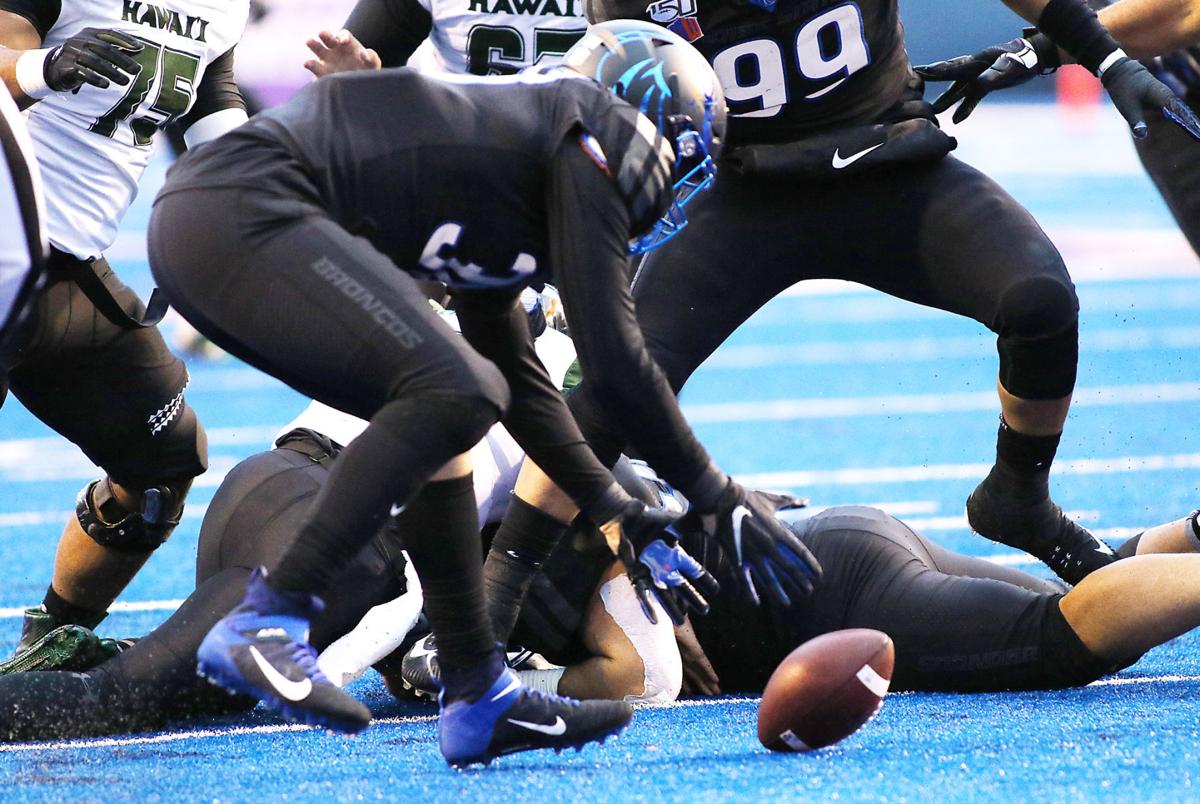 Lui said he was thinking of Donald’s style of play as he went to hit the ball out of the hands of Hawaii quarterback Cole McDonald late in the third quarter of Boise State’s 31-10 victory in the Mountain West Championship Game on Saturday.

The strip sack was recovered by teammate Demitri Washington and two plays later, Boise State quarterback Jaylon Henderson ran it in five yards for the touchdown.

“I kind of envisioned a video that I always watch before games of Aaron Donald and what he’s able to do,” said Lui, who was named the game’s defensive MVP. “I thought, ‘might as well slap this one out.’”

It was part of a dominate day for the Boise State defense, which was able to hold Hawaii to a season-low 320 yards of total offense as well as a season-low in points (10).

Hawaii, which came into the game averaging 480 yards per game, had 438 yards when the two teams met at Albertsons Stadium on Oct. 12, a 59-37 Boise State win.

This time Boise State (12-1) was able to hold the Rainbow Warriors (9-5) to one touchdown thanks in large part to two turnovers and two stops in fourth-and-goal situations.

“It was just people making plays, that’s what we wanted to do,” said redshirt junior stud Curtis Weaver, the Mountain West’s Defensive Player of the Year. “They have a couple of explosive players, give credit to them. But we wanted to get off the field to put on our offense and give them the ball. Give them opportunities to score.”

Boise State did just that as the Broncos offense turned both turnovers into touchdowns at crucial points of the game.

The first turnover came late in the second quarter, when Kekoa Nawahine intercepted McDonald in the Boise State end zone. The game was tied at 3-3 at the time, but Boise State drove down the field and Henderson connected with Khalil Shakir for a 36-yard touchdown, giving Boise State its first lead of the game.

The second turnover occurred after Shakir had run four yards for another touchdown, extending the lead to 24-3 late in the third quarter. Lui sacked McDonald, and Washington recovered it at the Hawaii 9, setting Boise State up for the short field to make it a four-touchdown game.

“When I look at our defense giving up one touchdown and the type of offense that we played, those guys were phenomenal,” Boise State coach Bryan Harsin said. “The game plan was fantastic, so I’m very proud of our defense and what they were able to accomplish tonight. Huge momentum swings, because of the defense in my opinion.”

It wasn’t only the turnovers that gave Boise State a boost on defense. Twice in critical moments Hawaii drove deep into Boise State territory and the Broncos were able to escape without any points getting on the board.

With the game tied 3-3 in the second, Ryan Meskell hit a 21-yard field goal, but Boise State redshirt junior cornerback Avery Williams was flagged for being offside. The Warriors opted to try for fourth-and-goal from the 1, but a McDonald run attempt was stuffed by Lui and senior linebacker Riley Whimpey short of the end zone

“When it is fourth-and-one, our mentality is to mount up and come back and smack them in the mouth,” said Whimpey, who led Boise State with 10 tackles in the game. “That’s what we did.”

On the first drive of the second half, with Boise State leading 17-3, the Warriors had a first-and-goal situation at the Boise State 5. But once again, the Broncos rose to the occasion, forcing four straight incomplete passes to get the ball back.

All those plays put together resulted in a solid defensive output, one Boise State needed to claim its second league championship in three years.

“When we put our time in and our preparation and we’re executing the way that we know that we can, we’re hard to beat,” said Nawahine. “When we’re challenging and attacking and doing what we do and what we’re comfortable with, we can have performances like that.”