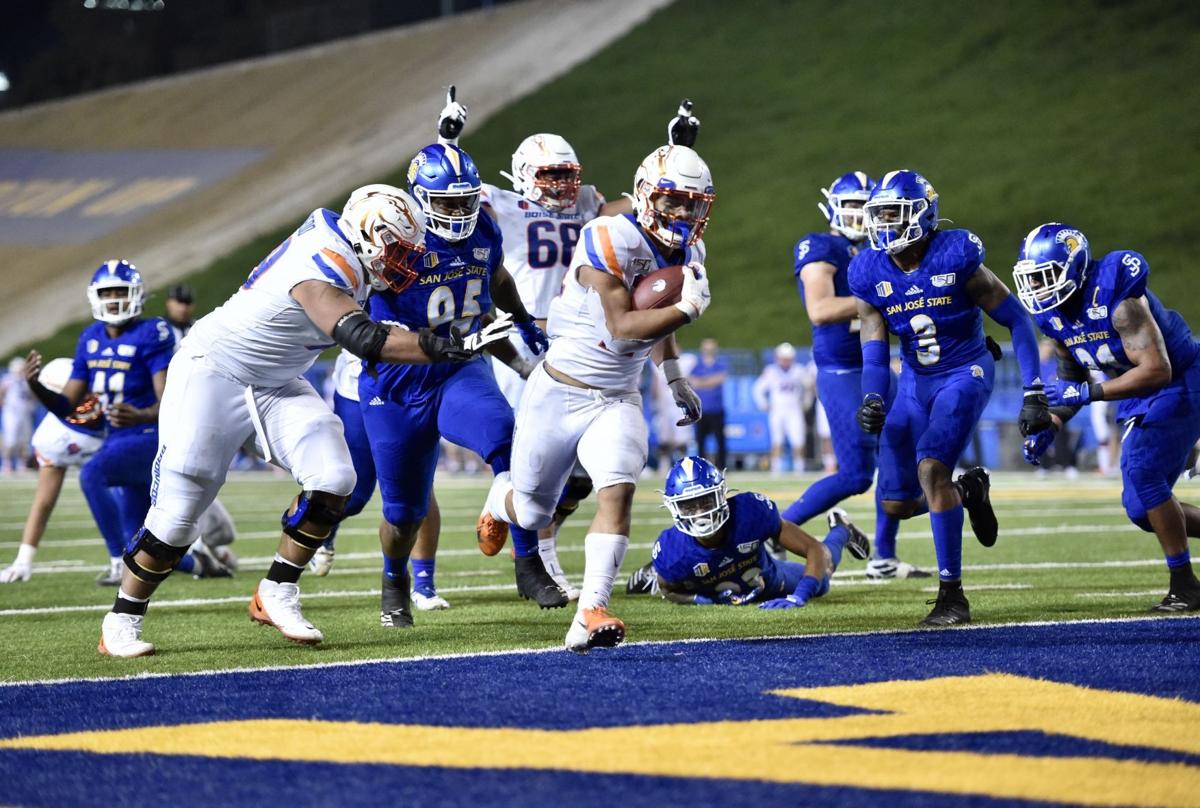 Boise State running back George Holani scores a touchdown in the fourth quarter Saturday against San Jose State on Nov. 2, 2019. 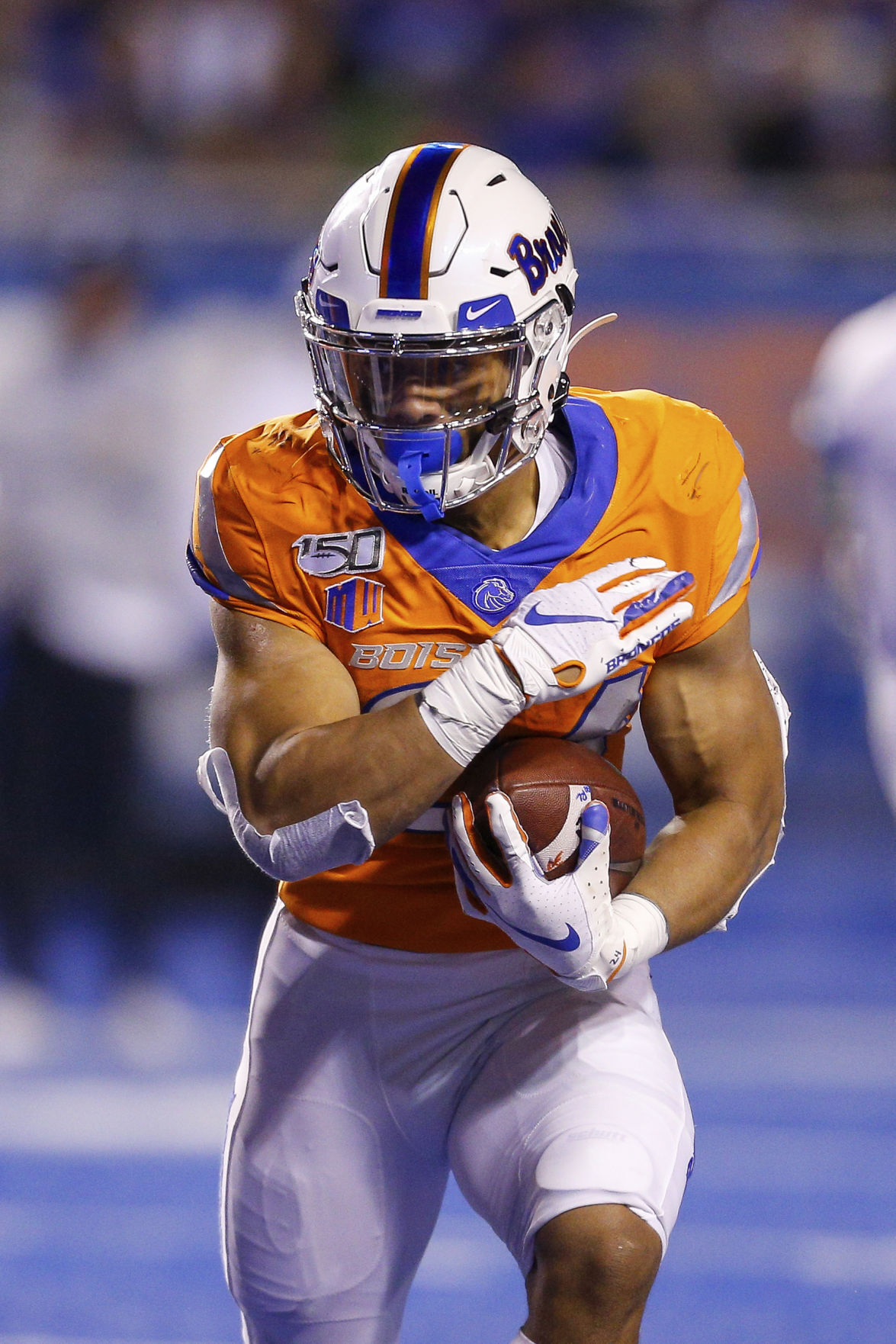 Boise State running back George Holani runs with the ball against Hawaii in a game Oct. 12, 2019.

Boise State running back George Holani scores a touchdown in the fourth quarter Saturday against San Jose State on Nov. 2, 2019.

Boise State running back George Holani runs with the ball against Hawaii in a game Oct. 12, 2019.

The Idaho Press is counting down the top 20 questions facing the Boise State football team during the 2020 season. Today is question No. 7: Will the 1,000-yard rushing streak continue?

The answer may not be as simple as it seems even though George Holani returns after rushing for 1,014 yards as a true freshman last year.

His impressive debut season extended Boise State’s streak to 11 straight years with a 1,000-yard rusher, the longest current streak in the nation and the second-longest in college football history.

It would seem obvious that if Holani did it last year as a freshman despite starting third on the depth chart, that he’d have a great chance of doing even better with more carries this year, right? The 1,000-yard season should be almost a formality baring an injury one would easily think.

An inexperienced offensive line might throw a wrench into things.

Boise State loses four offensive linemen that each made more than 30 career starts. The two from the left side, tackle Ezra Cleveland and guard John Molchon, both will be in NFL training camps in a few weeks. They no doubt made things easier for Holani.

The only returning starter is right tackle John Ojukwu, who is moving to left tackle in place of Cleveland. The rest of Boise State’s offensive line has combined for just nine career starts, with four different players each having four or fewer.

Boise State’s offensive line traditionally starts slow and gets better as the season goes on. That same pattern would be expected again this year due to so many new faces needing to gel together.

But despite the question mark with the offensive line — and it’s a big one — it’s still probably smart to assume Holani will find a way to get to 1,000 yards again. He burst onto the scene with an impressive freshman season and appears destined to be a star.

Holani rushed for 70 yards in his first college game at Florida State and had 103 yards the following week against Marshall. He had 97 yards at BYU, 126 yards and four touchdowns at San Jose State and a career-high 178 yards and two touchdowns at Utah State.

He was named the Mountain West Freshman of the Year after the season while also being voted to the All-Mountain West Second Team.

Holani’s talent and Boise State’s optimism with a young and inexperienced offensive line should be enough to get him past 1,000 yards and extend the streak to 12 years. But it’s no sure thing, and the play of the five up front will go a long way in determining whether it can happen.