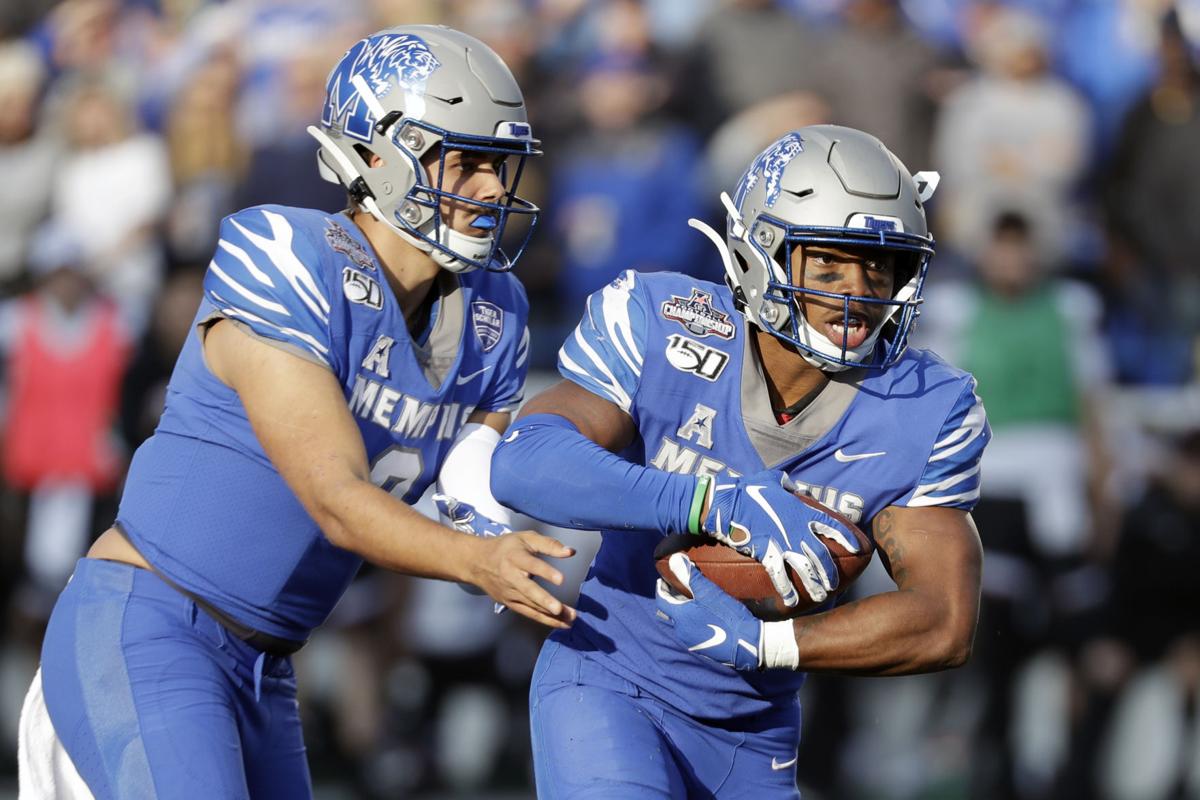 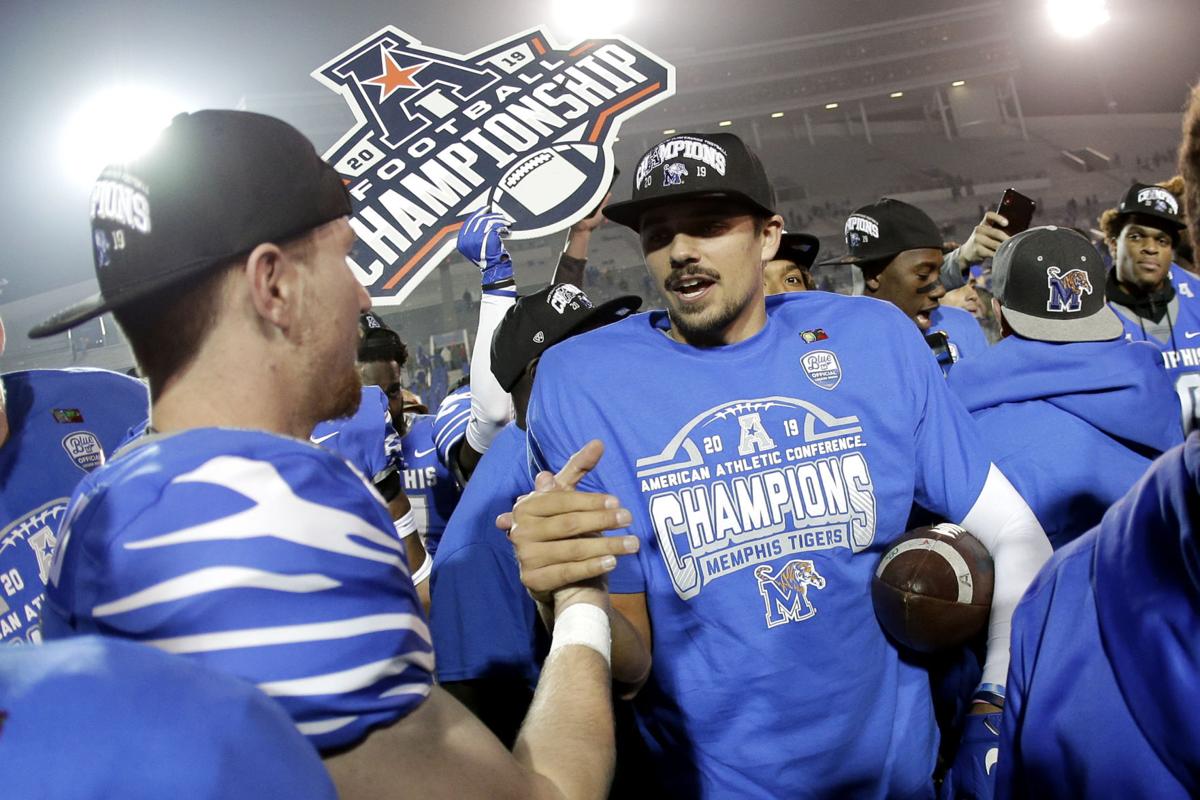 The Idaho Press is counting down the top 20 questions facing the Boise State football team during the 2020 season. Today is question No. 5: Who are the top contenders for the Group of 5 spot in the New Year’s Six?

The chances of playing all 40-plus bowl games in December and January seems pretty remote at this point, especially if capacity is still largely reduced or if fans aren’t allowed in at all.

But the New Year’s Six games appear to have a much better chance of being played given the sponsorship and TV money tied to them. Those six games are the Rose Bowl, Sugar Bowl, Peach Bowl, Orange Bowl, Cotton Bowl and Fiesta Bowl.

As part of the creation of the College Football Playoff in 2014, one spot in a New Year’s Six game is guaranteed to the highest-ranked conference champion from one of the Group of Five conferences. This year, that team could play in either the Cotton Bowl, Fiesta Bowl or Peach Bowl.

Boise State has landed the automatic bid once since it was created, winning the Fiesta Bowl in 2014. The Broncos, of course, have three total Fiesta Bowl appearances (and wins) dating back to the previous BCS setup.

The Broncos battled Memphis for the spot last year, but they lost out to the undefeated Tigers. Memphis ended up losing to Penn State in the Cotton Bowl while the Broncos were beaten by Washington in the Las Vegas Bowl.

Boise State made three Fiesta Bowl appearances during a nine-year span from 2006 to 2014. The Broncos have been shut out in each of the past five seasons, which makes it about time the Broncos get back into a New Year’s Six game. Is 2020 the year? It certainly could be.

The Broncos appear to be one of five teams with a strong chance of finishing as the top Group of 5 team in 2020. Here’s a look at the other four:

Memphis: The Tigers went 12-1 last year and landed the Group of 5 spot in the Cotton Bowl. They lost coach Mike Norvell to Florida State, but quarterback Brady White and leading receiver Damonte Coxie are both back to lead what should again be one of the top offenses in the country. Memphis plays at SMU, Cincinnati, Navy and Tulane, and also has UCF, Arkansas State and Houston, but should again be right in the mix come November.

Appalachian State: Coach Elijah Drinkwitz departed for Missouri after just one year in Boone, North Carolina, but he led the Mountaineers to big time success in a short amount of time. App State went 13-1, won the Sun Belt and would have been the Group of 5 representative had it not suffered a Thursday night loss to Georgia Southern. Many of the offensive weapons return including third-year quarterback Zac Thomas, but the defense has some key holes to replace.

Cincinnati: The Bearcats were in the mix for the Group of 5 spot for much of last season and finished No. 21 in the final AP Poll with an 11-3 record. Coach Luke Fickell elected to stay at Cincinnati and not leave for Michigan State, which was huge for the Bearcats. Quarterback Desmond Ridder is one of six returning starters on offense, and Alabama transfer running back Jerome Ford could have a big impact. The defense also returns a ton. The schedule has four road games in the final seven, but the Bearcats get both Memphis and Houston at home.

Central Florida: The Knights lost three times in 2019 including a stunner at Tulsa, but their demise may have been overstated. All three losses came by a combined seven points. UCF should be good again as 11 of the top 12 tacklers are scheduled to be back on defense and sophomore quarterback Dillon Gabriel returns to lead another strong offense.

The Knights have to play at Memphis and USF, but get Temple and Cincinnati at home. A year after being out of the picture, UCF should be a prime contender for the Group of 5 spot yet again.

Final thought: There’s still plenty left to shake out and be decided in regards to the 2020 season. Assuming they even have a season, some leagues might play nonconference games and others might not — which could impact the Group of 5 race in a big way.

Boise State brings back quarterback Hank Bachmeier, 1,000-yard rusher George Holani and weapons Khalil Shakir, CT Thomas and John Bates in the passing game. There’s plenty to replace along both the offensive and defensive lines, but the Broncos should have a strong back seven on defense. The Broncos have a manageable schedule — road games at Air Force and Wyoming could be the biggest challenges — and should be near the top of the Group of 5 race all season long.

Can the Broncos finish on top and get back to a big-time bowl game for the first time since 2014? Definitely. But they’ll have plenty of competition.