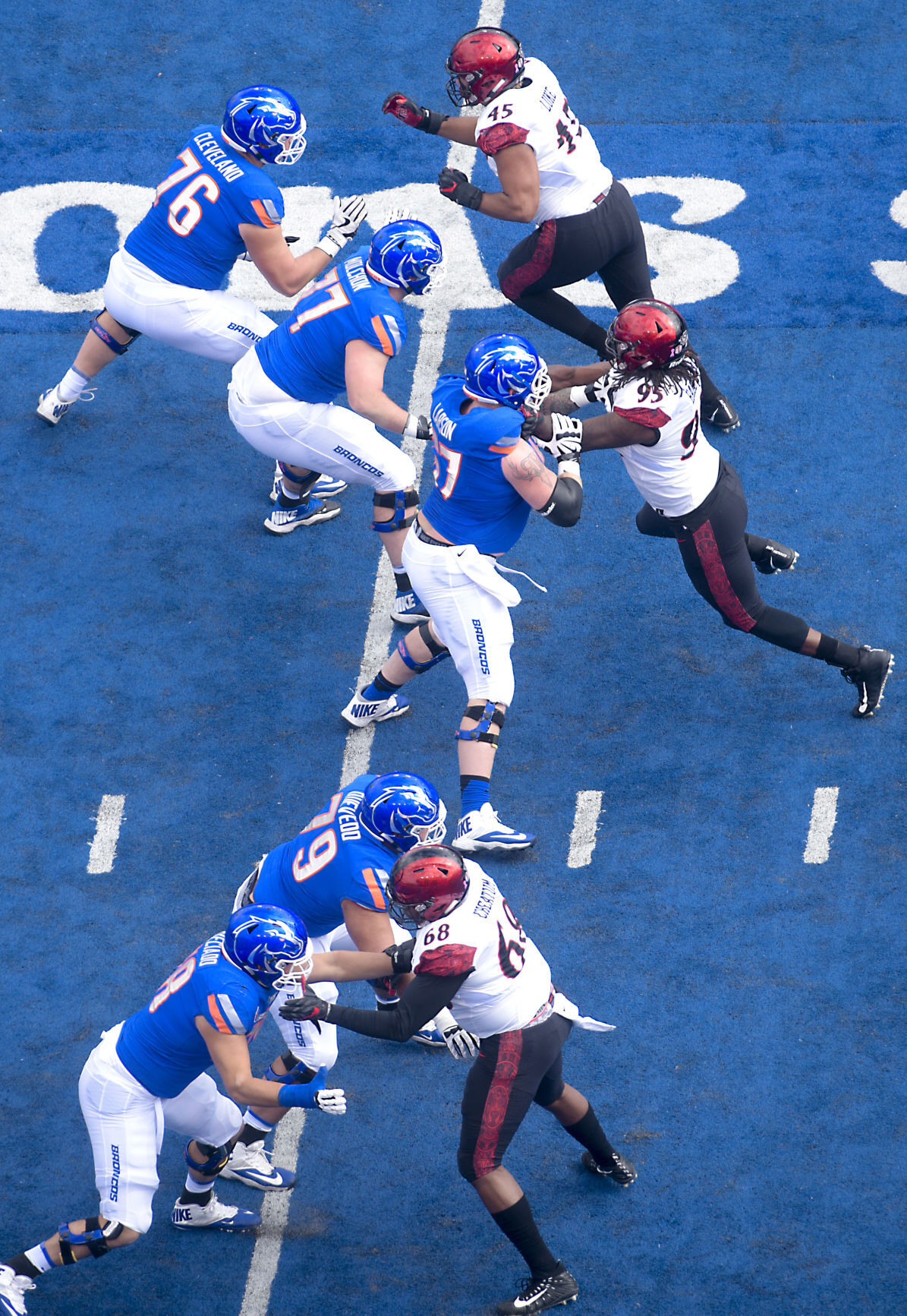 The Boise State offensive line battles with San Diego State’s defensive line during the first half game on Oct. 6, 2018 at Albertsons Stadium in Boise. 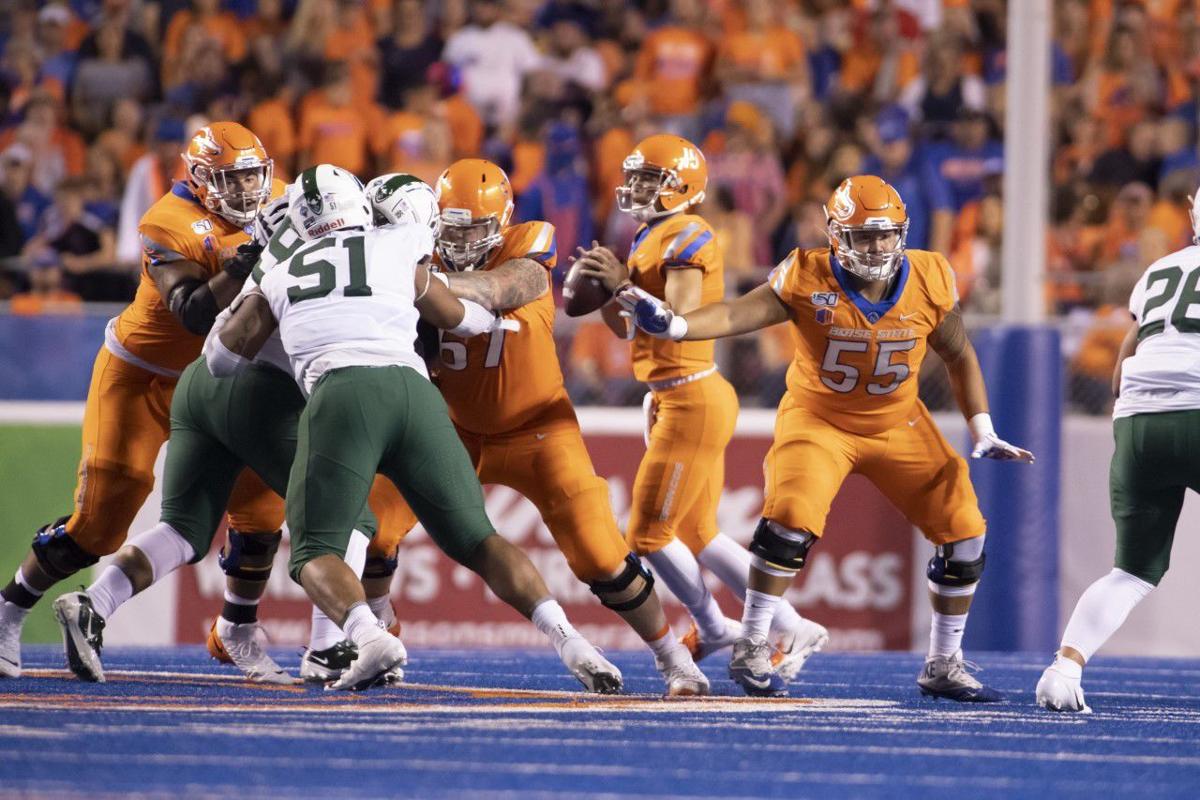 The Boise State offensive line battles with San Diego State’s defensive line during the first half game on Oct. 6, 2018 at Albertsons Stadium in Boise.

The Idaho Press is counting down the top 20 questions facing the Boise State football team during the 2020 season. Today is question No. 3: Will the new-look offensive line be good enough?

A day after the huge shoes the defensive line has to replace were outlined, it’s time to analyze a similar problem along the offensive line.

The task facing the offensive line is even bigger.

The Broncos must replace four of five starters along the offensive line including a pair that are currently in NFL training camps. Only right tackle John Ojukwu returns, and he’s moving to left tackle.

The biggest loss is left tackle Ezra Cleveland, a second-round pick by the Minnesota Vikings in the recent NFL Draft. Left guard John Molchon was also given a nice contract as a priority free agent with the Tampa Bay Buccaneers. Both had 40-plus starts at Boise State and were All-Mountain West First Team selections in 2018 and 2019. They won’t be easily replaceable.

Center Garrett Larson and right guard Eric Quevedo also both graduated after starting at least 30 games the past three seasons.

Veteran, experienced players along the offensive line are hard to come by. Communication, comfort and familiarity are all important when going on the road to a hostile environment like the Broncos will in week two at Air Force, and Boise State’s group up front had that the previous two seasons.

Boise State faced similar turnover in 2017 when the four listed above debuted. After rocky starts to both 2017 and 2018 they came together and formed a solid group that the Broncos — and their fans — would gladly take back for another year.

Offensive line coach Brad Bedell can only hope for similar success this time around with a new group.

The redshirt junior Ojukwu, a Boise High graduate, has 18 career starts the past two seasons. He’s a nice anchor for the Broncos to build around.

There’s not much experience behind him. Jake Stetz made three starts at guard last year, Garrett Curran made one start at right tackle and Kekani Holomalia-Gonzalez had one start at guard. Donte Harrington missed last year due to injury, but has three career starts. That’s it.

The Broncos lose four players that accounted for 149 career starts, and plan to replace them with a group that’s combined for eight career starts. Who would blame Bedell for freaking out?

In three spring practices before things were shut down due to COVID-19, the line looked like this: Ojukwu at left tackle, Curran at left guard, Holomalia-Gonzalez at center, Jake Stetz at right guard and Ben Dooley and Nick Crabtree at right tackle. The group may or may not look like that come the season opener.

Bedell and coach Bryan Harsin are confident the young group will be able to adjust and hold their own. Protecting quarterback Hank Bachmeier and opening holes for running back George Holani will be big keys in how productive Boise State’s offense will be.

If BSU has a season this fall, the offensive line will be one of the biggest question marks on the team. If the young group plays well, the offense should be elite. If they struggle? It could be big trouble.