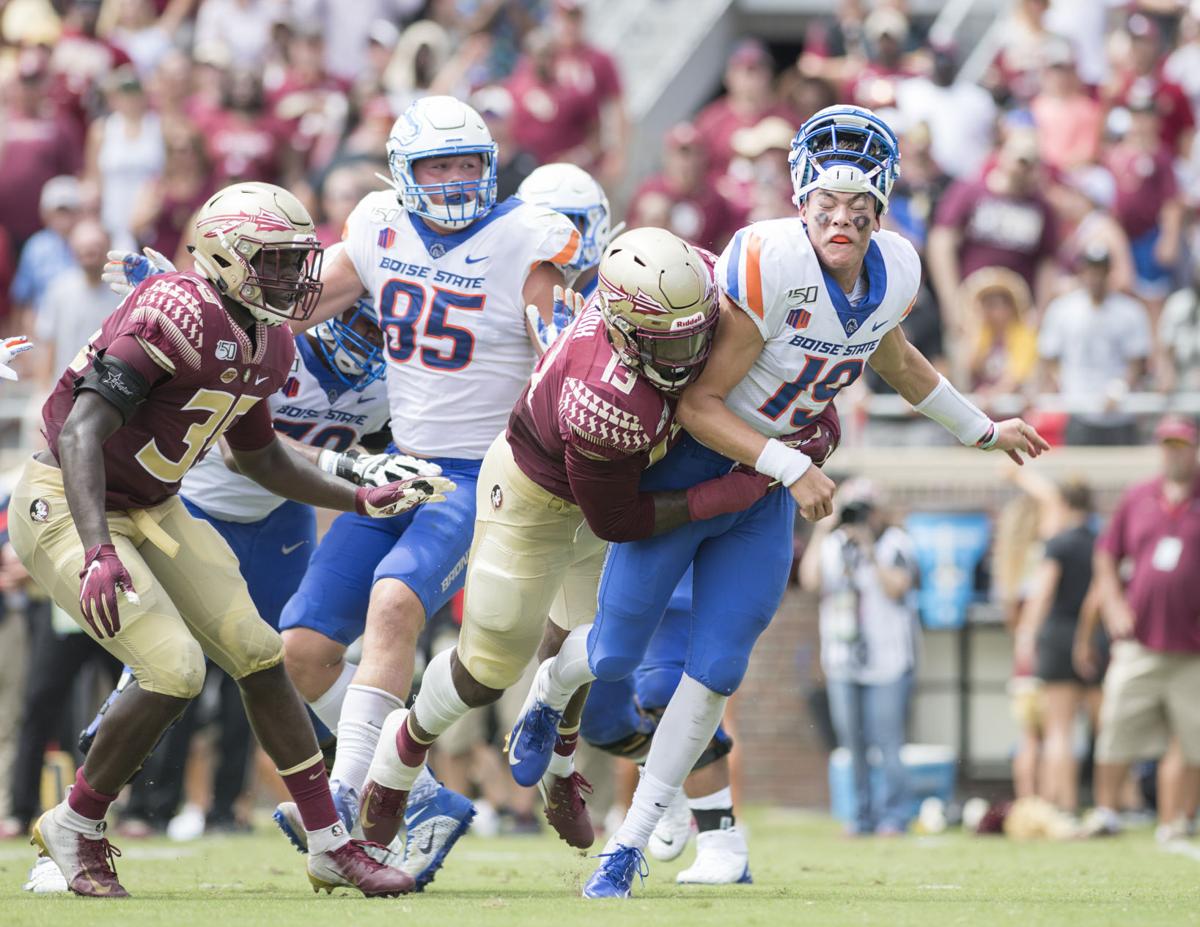 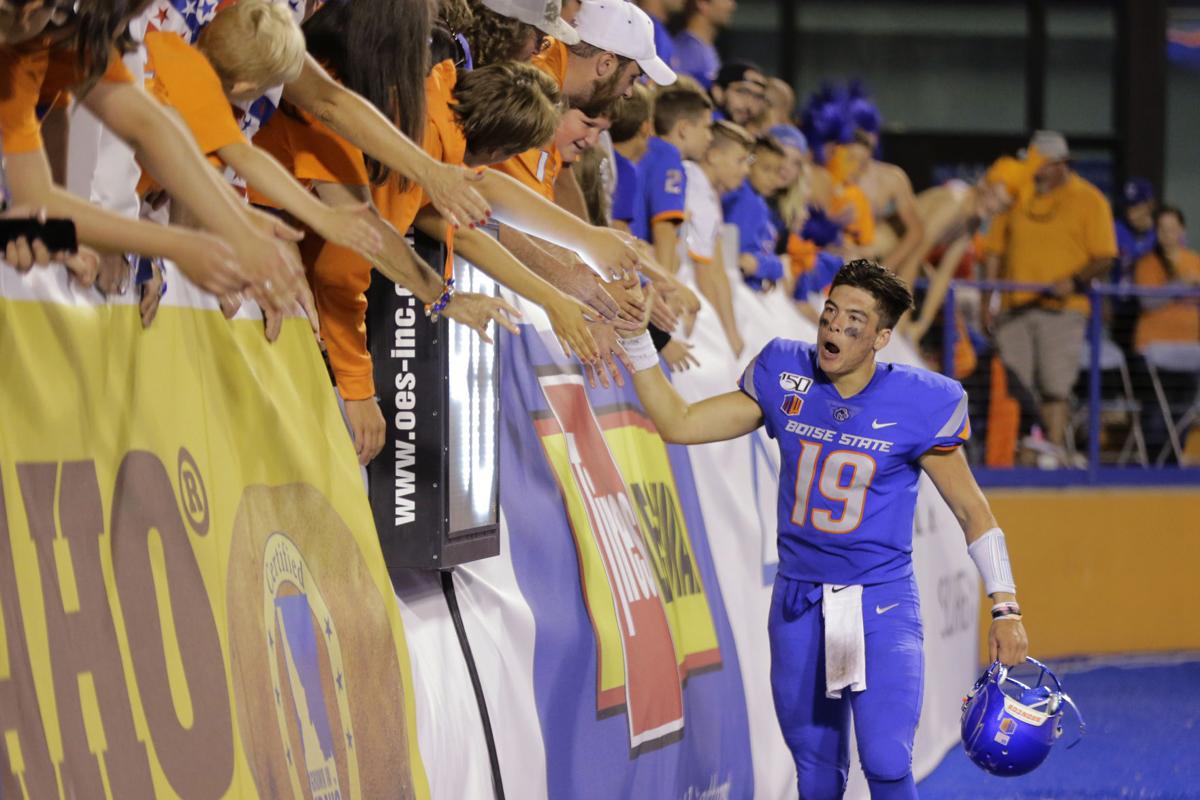 Boise State quarterback Hank Bachmeier high fives fans after the team’s 14-7 win over Marshall on Sept. 6, 2019.  The team will have a delayed and shortened 2020 season, with the possibility of more game cancellations due to COVID-19. Boise State projects a loss of $12.2 million alone in ticket sales and seat contributions should the 2020 season get canceled.

Boise State quarterback Hank Bachmeier high fives fans after the team’s 14-7 win over Marshall on Sept. 6, 2019.  The team will have a delayed and shortened 2020 season, with the possibility of more game cancellations due to COVID-19. Boise State projects a loss of $12.2 million alone in ticket sales and seat contributions should the 2020 season get canceled.

The Idaho Press is counting down the top 20 questions facing the Boise State football team during the 2020 season. Today is question No. 2: Can Hank Bachmeier stay on the field for a full season?

A day ago we examined the massive challenge facing Boise State’s new-look offensive line. How that group performs will have a direct impact on an even bigger and more important question for the Broncos: Can quarterback Hank Bachmeier stay on the field for a full season?

Bachmeier had quite the start to his true freshman season, winning at Florida State in his college debut and winning each of his first six starts to help the Broncos climb into the top 15 of the polls.

But he suffered a hip injury while rushing for extra yards against Hawaii and was forced to miss a road game at BYU — Boise State’s first loss of the season.

After a bye week he returned to start at San Jose State, but suffered another injury to his throwing arm or shoulder. He missed the next five games and didn’t return until the Las Vegas Bowl against Washington — when he was rusty and struggled in a blowout loss.

He passed for 407 yards in the comeback win at Florida State, the most by any Boise State quarterback in his debut. He finished with a team-high 1,879 yards and nine touchdowns in eight games while completing 62.6 percent of his passes and tossing six interceptions.

Bachmeier proved to be the best quarterback on the roster when he won the job in fall camp. That likely remains true even though the Broncos added a former four-star quarterback in USC transfer Jack Sears.

Boise State’s best chance to win is with Bachmeier on the field. He proved that last season, bowl game aside. But his style of play has to change him to make it through a full season without an injury.

Bachmeier showed great toughness, staying in the pocket to try and let plays develop and not being afraid to scramble and take off running when necessary. But that often resulted in huge hits. He had his helmet come off multiple times due to big hits in the opener against Florida State, and he was repeatedly knocked to the ground early in the season.

When Bachmeier would scramble, he often would fight for extra yards and refuse to slide or go out of bounds. That again resulted in violent collisions with defenders, as was the case when he was hit and injured at home against Hawaii midway through the season.

Coaches love toughness and never never want to coach aggressiveness out of a player. But in Bachmeier’s case, being smart and sometimes giving yourself up could be the difference between staying healthy or getting injured.

If his fearless style doesn’t change, Chase Cord and Sears will likely have a significant role for the Broncos — and Boise State’s only regular season loss came with Bachmeier out injured. If he wants to stay on the field and give the Broncos their best chance of winning games, he’ll need to tone it down some and save himself when given the chance.

Can Bachmeier stay healthy enough to not miss any games and be on the field for a full season? The answer will likely be a major factor in how Boise State’s season ends up.