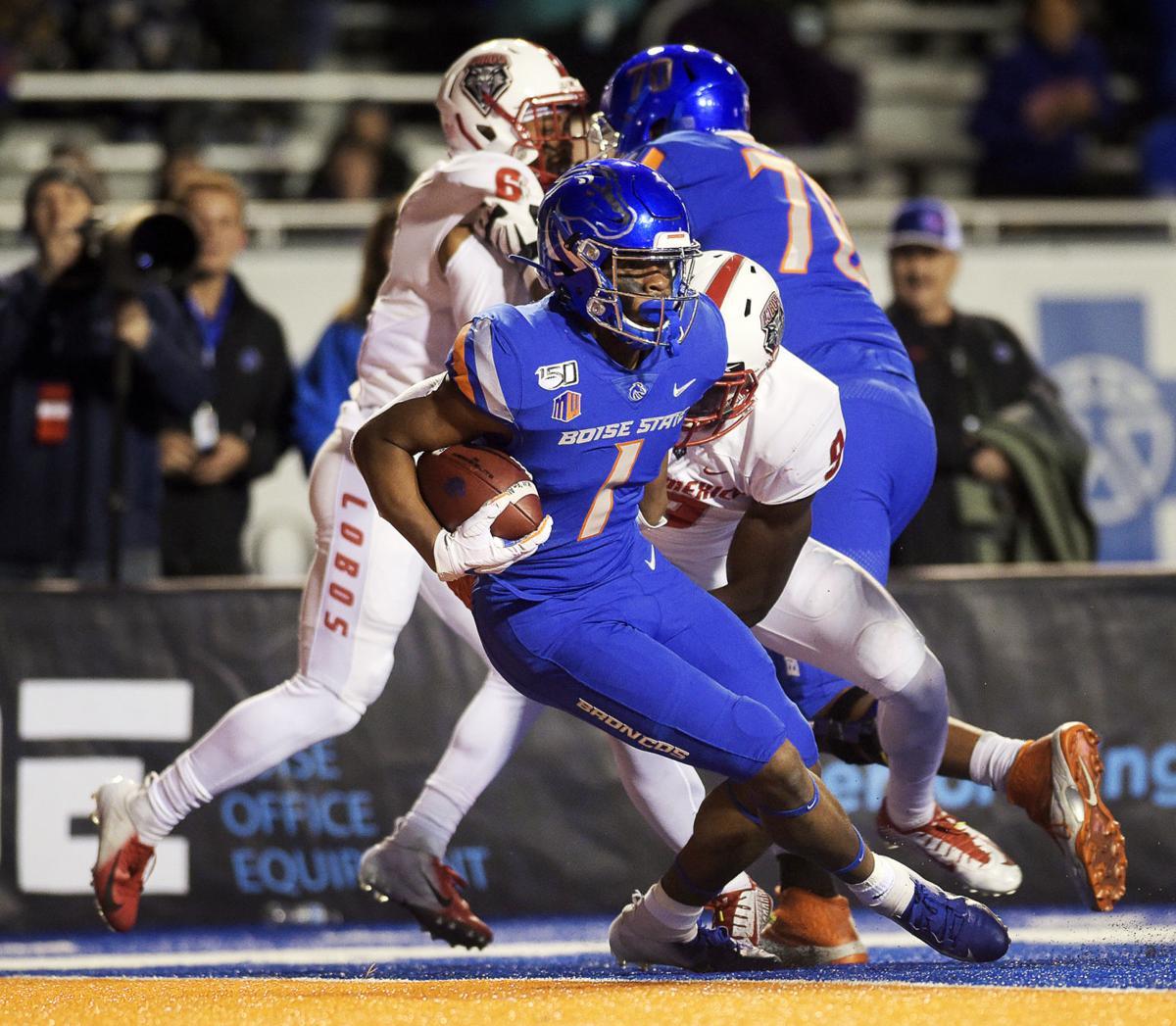 Boise State wide receiver Octavius Evans (1) carries the ball into the end zone for a touchdown against New Mexico during the game on Saturday, Nov. 16, 2019. 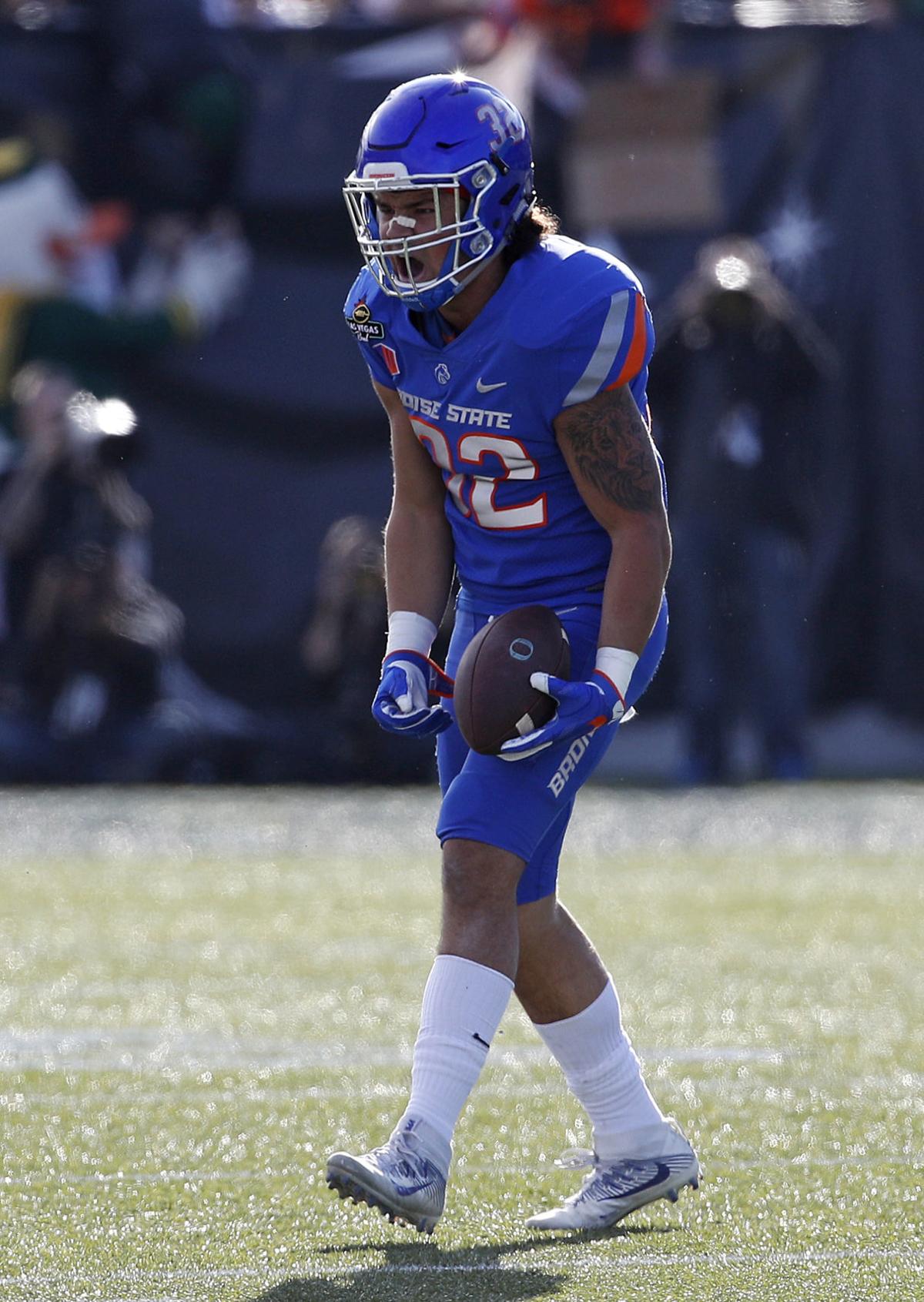 Boise State safety Jordan Happle celebrates after making an interception against Oregon during the Las Vegas Bowl on Dec. 16, 2017.

Boise State wide receiver Octavius Evans (1) carries the ball into the end zone for a touchdown against New Mexico during the game on Saturday, Nov. 16, 2019.

Boise State safety Jordan Happle celebrates after making an interception against Oregon during the Las Vegas Bowl on Dec. 16, 2017.

The Idaho Press is counting down the top 20 questions facing the Boise State football team during the 2020 season. Today is question No. 19: Which players could be ready for breakout seasons?

The Boise State football team has several players capable of having breakout seasons in 2020. Here’s a look at 10 of them:

Demitri Washington, STUD: After playing behind fifth-round NFL Draft pick Curtis Weaver a year ago, the time to shine has arrived for Washington. He had 4.5 sacks and 5.5 tackles-for-loss as a redshirt freshman last year while serving as Weaver’s backup, but could see his numbers skyrocket as he moves into a starting role.

Scott Matlock, defensive line: The Homedale High graduate saw action in 12 games last year as a redshirt freshman and had two tackles. But he’s likely to move into a more prominent role with the Broncos losing all four starters from the defensive line.

Stefan Cobbs, wide receiver: Cobbs had three catches for 57 yards and a touchdown as a redshirt freshman last season, but he should see a big increase in playing time with the departure of John Hightower. Cobbs has earned praise from coaches the past two years despite not playing much.

Octavius Evans, wide receiver: Evans has 19 catches for 211 yard and a touchdown last season, but ascends to the No. 3 receiver spot this fall and could be in line for a huge senior year. He’s been held back by injuries during his career, but has the potential to be a game-changer.

Jordan Happle, safety: Boise State has five capable candidates to start at safety this season, but Happle appears to most ready to snag one of the two spots. Happle has played in just 14 games the past two years due to injury, but has proven to be productive while on the field.

Gavin Wale, punter: Wale was the No. 21 ranked punter in the country according to the 247 Sports Composite rankings as a senior in high school in 2018. He redshirted last year, but could push for playing time this fall due to the struggles of starter Joel Velazquez.

Donte Harrington, offensive line: Mostly forgotten because of an ACL injury that forced him to miss the 2019 season, Harrington is maybe the most intriguing of the options for Boise State as they look to replace four starters. The former three-star recruit made four starts in 2018 and has been mentioned by offensive line coach Brad Bedell as someone to watch heading into the fall.

Casey Kline, STUD: An injury forced Kline to redshirt last season, but he likely would have had a shot at playing right away. That debut will instead come this fall for the former four-star prospect, who was one of the top 20 linebackers from both ESPN and 247Sports. He’s an intriguing option at STUD along with Washington.

Jackson Cravens, defensive line: After sitting out last season following a transfer from Utah, Cravens appears ready to make a big impact right away with the Broncos. He was listed as a fourth-team preseason All-Mountain West pick by Athlon Sports, and Danielson said he really impressed during workouts before the COVID-19 pandemic shut things down in March.

Aisa Kelemete, defensive end: Injuries have derailed Kelemete’s Boise State career, but he might finally be ready to step into the spotlight for the Broncos. He’s the leading candidate to start at defensive end in place of the departed Chase Hatada.