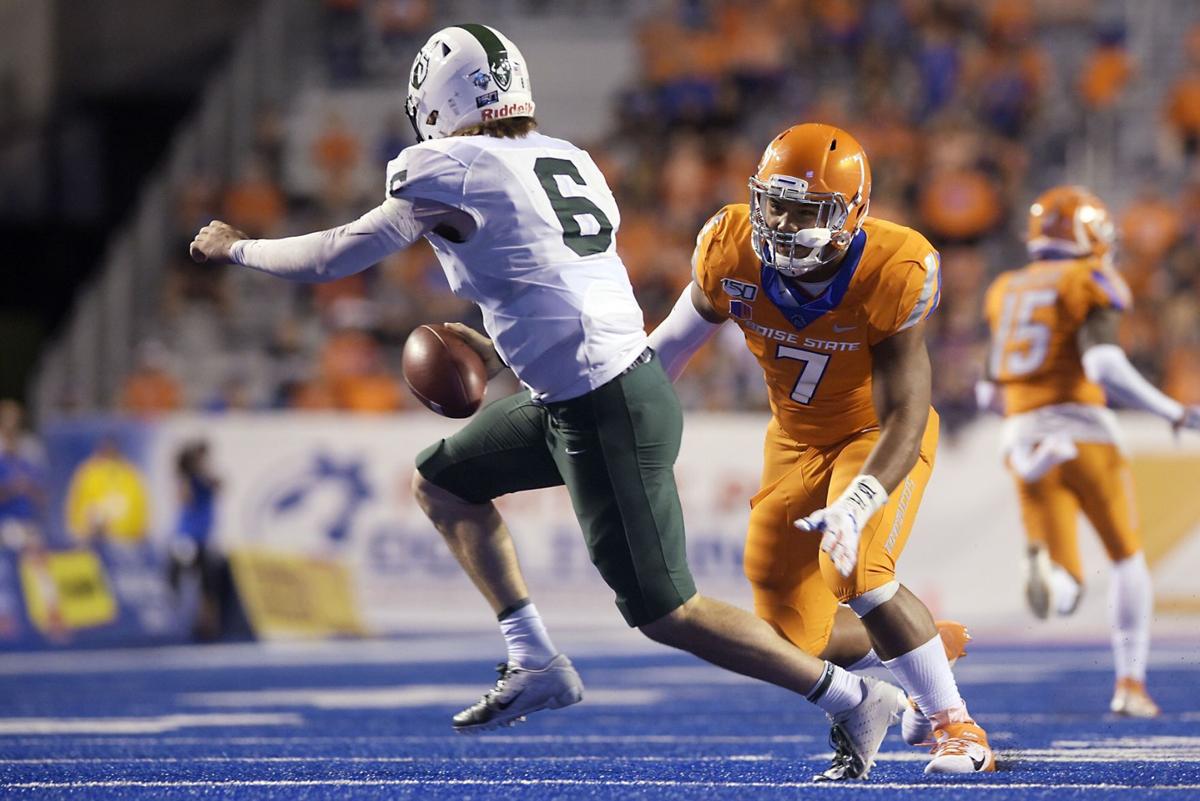 Boise State linebacker Ezekiel Noa (7) goes in to sack Portland State quarterback Davis Alexander (6) during the second half of the game on Sept. 14, 2019. 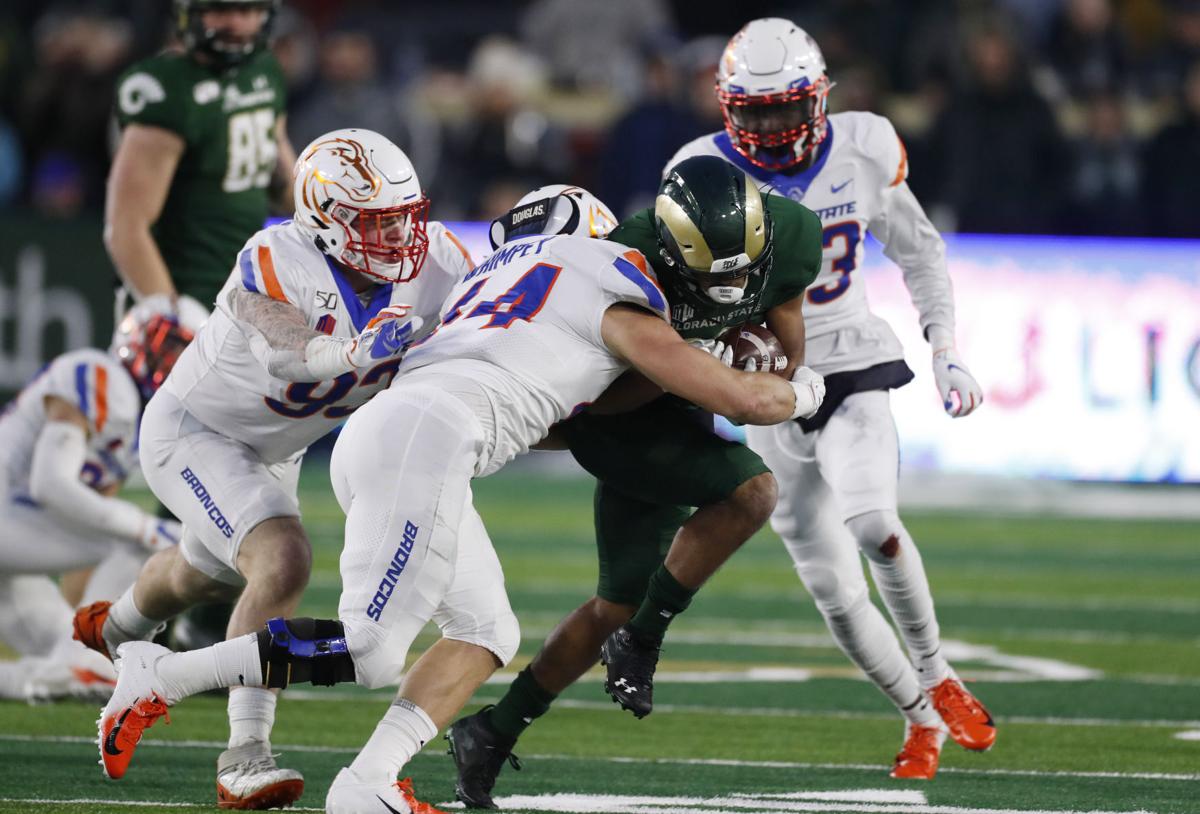 Boise State linebacker Ezekiel Noa (7) goes in to sack Portland State quarterback Davis Alexander (6) during the second half of the game on Sept. 14, 2019.

The Idaho Press is counting down the top 20 questions facing the Boise State football team during the 2020 season. Today is question No. 10: Who leads the Broncos in tackles in 2020?

Linebacker Zeke Noa was well on his way to leading the Broncos in tackles last season when he suffered a pair of season-ending injuries in the same game against Air Force.

Is he the favorite to lead Boise State in tackles in 2020? He might be if he can stay on the field.

Noa was leading the Broncos with 28 tackles when he went down in the fourth game against Air Force. He’s proven to be a force when he’s been on the field, but staying healthy has been the issue even going back to a knee injury he suffered in high school.

If healthy and able to play the whole 2020 season, picking Noa to lead the team in tackles feels like a safe bet.

The other leading candidate is Riley Whimpey, who led the Broncos a year ago in tackles with 83. He was third in 2018 with 55 tackles, but that’s while missing the last month of the season with a torn ACL. And he wasn’t himself to start the 2019 season as he worked his way back into game shape, but still led the team in tackles with 83.

Assuming Whimpey stays healthy and on the field, he’s maybe the safest bet of them all to finish atop the tackle charts for the Broncos.

Linebacker Benton Wickersham was third last year with 63 tackles, but he only moved into the starting lineup when Noa went out. With Noa back, his playing time may decrease some.

Boise State has an embarrassment of riches at linebacker this year which makes the tackle numbers hard to predict. In addition to the three already mentioned, N.C. State graduate transfer Brock Miller figures to factor heavily in the rotation at linebacker, and former walk-on Bruno DeRose has proven he’s worthy of playing time also.

That’s why nickel Kekaula Kaniho is a sneaky intriguing candidate due to his knack for always being around the ball. He finished fourth with 61 tackles last season and was just two behind Wickersham for third. If the Broncos rotate the linebackers, Kaniho might have a shot to finish first since he figures to be on the field almost every play.

The most logical ranking of the candidates at this point in the summer would probably be Whimpey first, Noa second and Kaniho third, but Wickersham and Miller shouldn’t be completely ignored. Even corner Jalen Walker might be a value pick as well after finishing fifth on the team with 53 tackles a year ago.

A more intriguing question may be whether the top tackler finishes with more than Whimpey’s mark of 83 last year. In 2018 Nawahine led the group with 71, while Leighton Vander Esch had 141 in 2017.

As with anything, health will play a big part in the playing time and stats of Boise State’s defense. But the combination of Whimpey, Noa, Wickersham, Miller, Kaniho and Walker — not to mention a group of safeties including Jordan Happle and JL Skinner — appear to give Boise State plenty of all-conference caliber players on defense.

Who will have the best year and finish with the most tackles? Go with Whimpey in the office pool, but Noa wouldn’t be a bad pick either. The battle to finish atop the tackles list has five or six realistic candidates, which bodes well for Boise State’s defense.