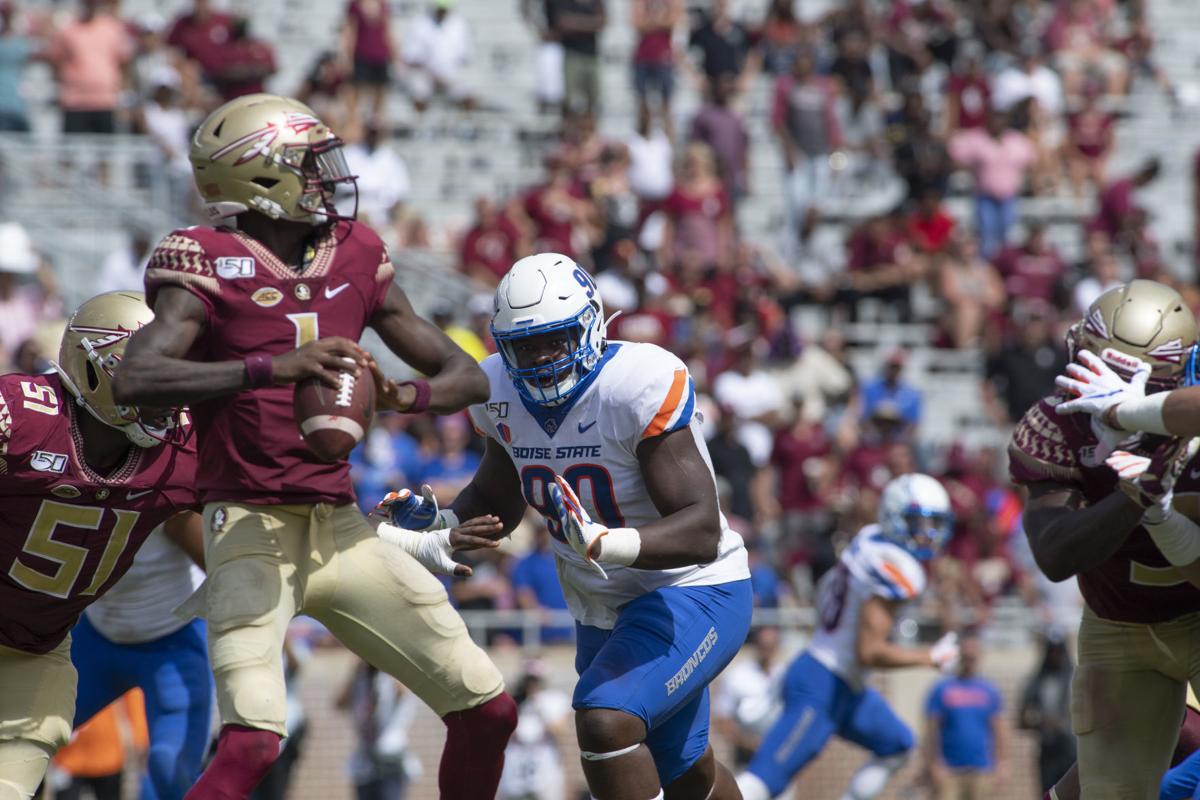 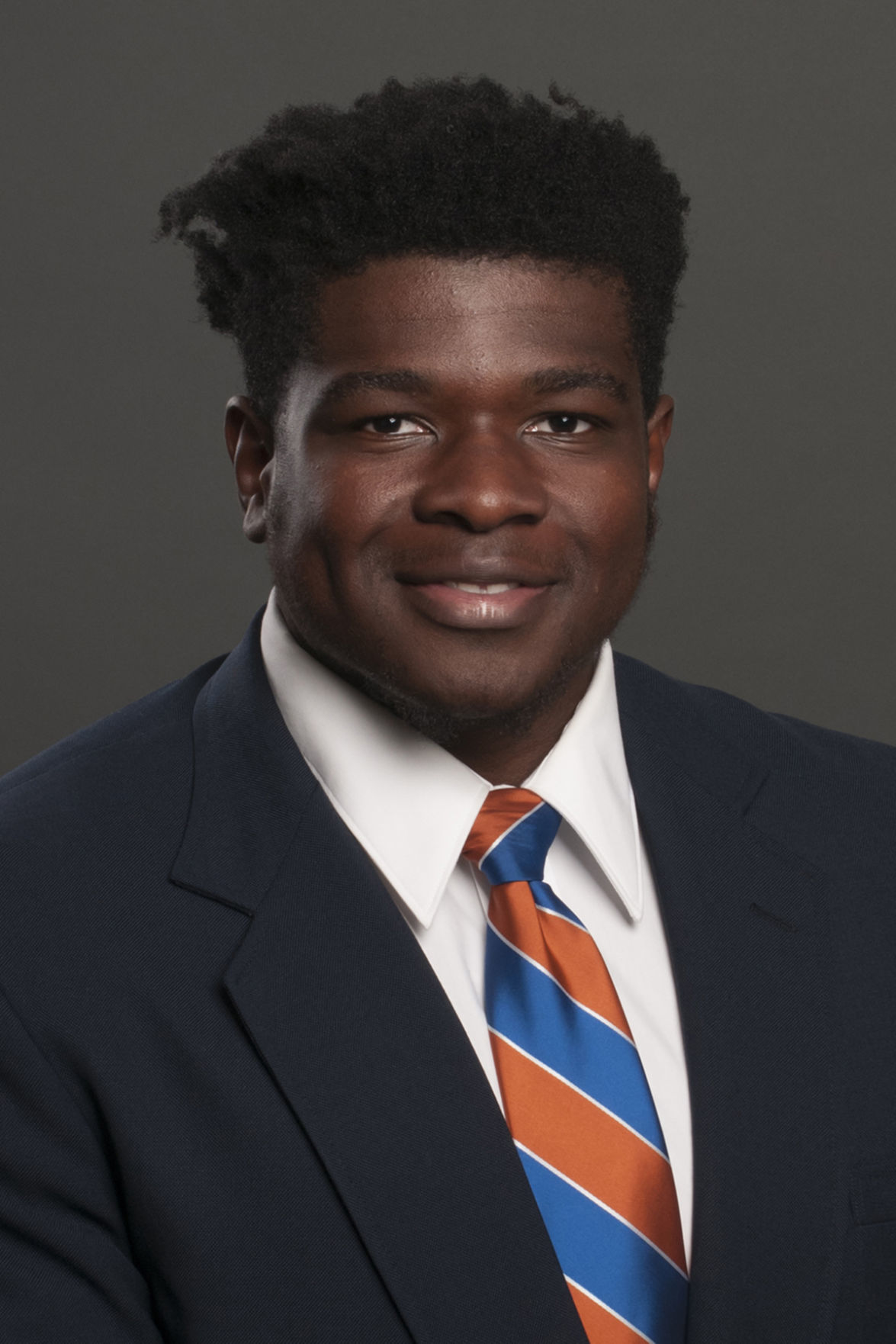 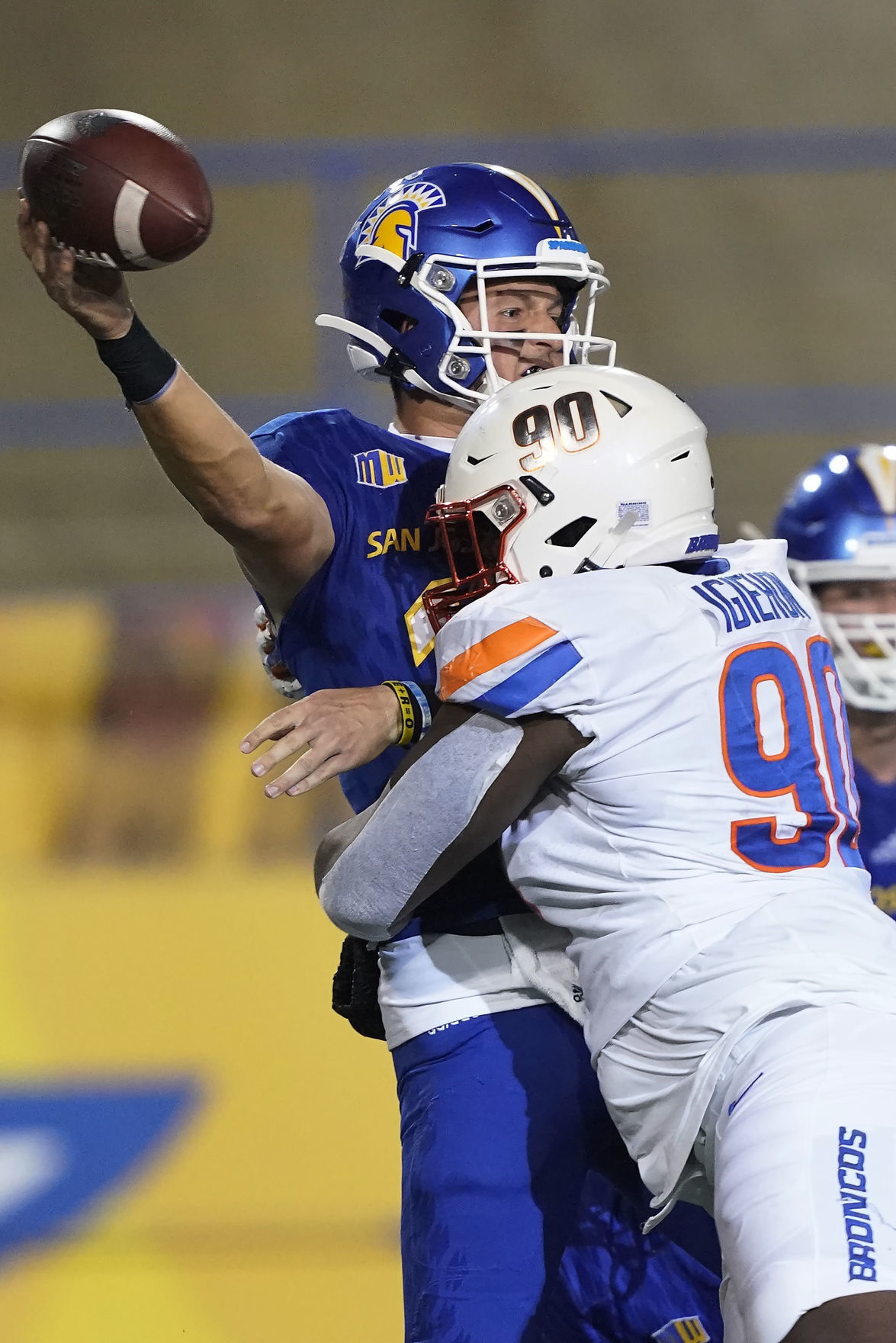 The Idaho Press is counting down the 25 most important players for the Boise State football team during the 2020 season. Next up is No. 8, defensive tackle Scale Igiehon.

“He should be one of the best players in our conference,” Danielson said.

The 6-foot-2, 308-pound Igiehon nose tackle is the unquestioned leader of a new-look defensive line, both on and off the field.

Igiehon made two starts last season and had 38 tackles, including three tackles-for-loss. The rest of Boise State’s returners along the defensive line had three tackles as a group.

The Broncos lose all four starters from the 2019 defensive line in Chase Hatada, David Moa, Sonatane Lui and Curtis Weaver, leaving Igiehon with some big shoes to fill in terms of production and leadership.

“He’ll be one of the bigger leaders on our team,” Danielson said. “He’s got that alpha dog mentality where when Scale wants to say something, you see heads turning like ‘OK, big dog is speaking.’ And not to the point of like a David Moa yet because he hasn’t proven himself, but I’m trying to pull more leadership out of him because it comes natural to him and he has that presence on our team.”

Igiehon had surgery in the spring to clean up bone spurs in his feet. He would have been 100 percent cleared by the fifth spring practice had there not been the pandemic. He’s expected to be fully cleared and without limitations when the Broncos start fall camp in August.

It would maybe seem out of place for a coach to predict someone that started just two games last year could be one of the best players in the Mountain West. But Igiehon could have started on almost any other Mountain West team last year and fell victim to being behind a pair of All-Conference caliber seniors.

But Moa and Lui have moved on and there’s no denying the time has arrived for Ihiegon to take over. It’s his show, and his chance to be a dominant player for the Broncos. And with so much production to replace, Boise State is counting on him to be that kind of player.

“I’m really excited about him,” Danielson said. “He’s got the physical ability.”