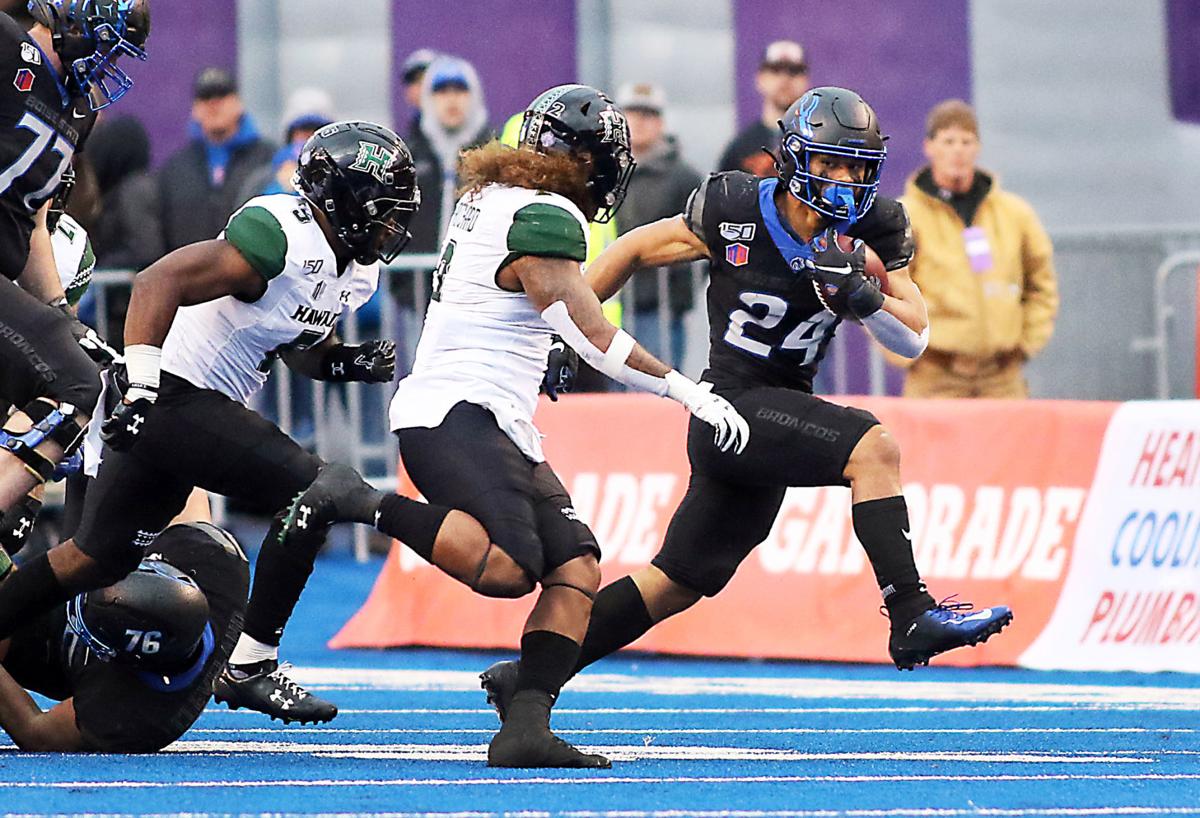 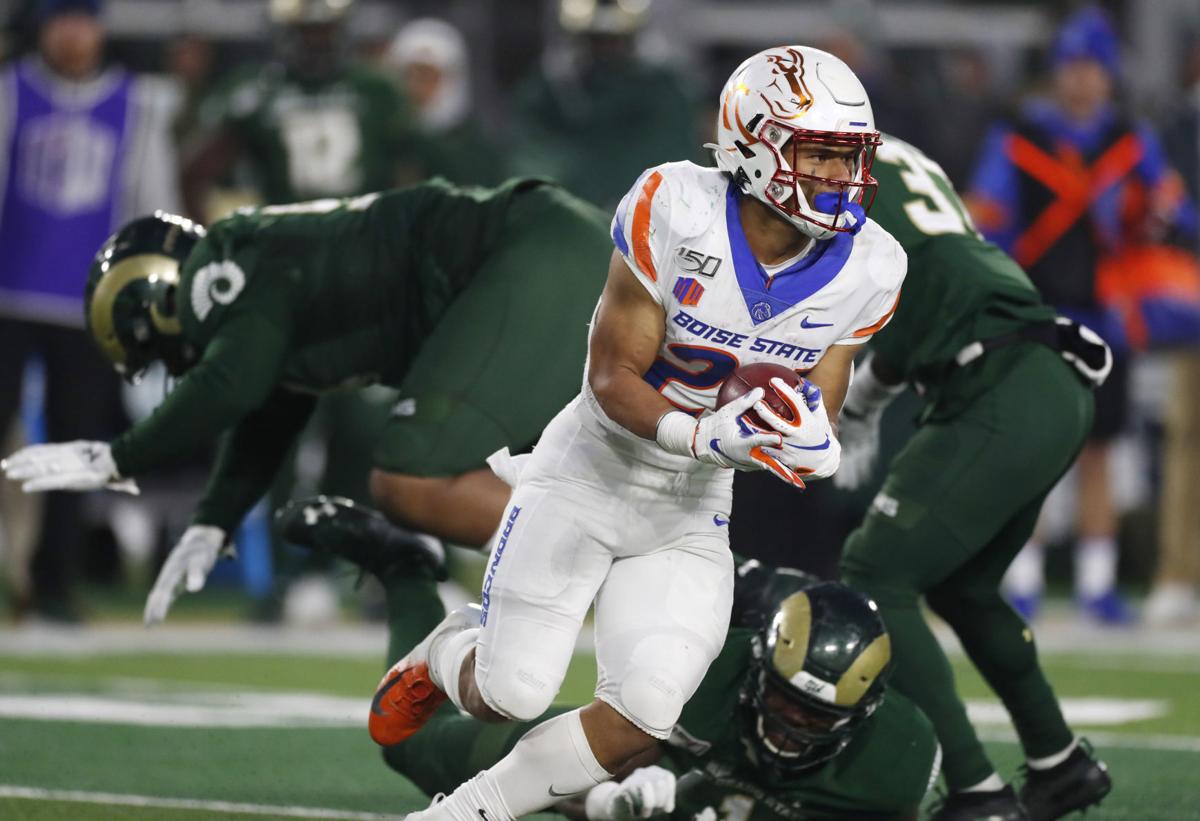 Boise State running back George Holani runs past Colorado State defenders after receiving a pass in a game Nov. 29, 2019.

Boise State running back George Holani runs past Colorado State defenders after receiving a pass in a game Nov. 29, 2019.

The Idaho Press is counting down the 25 most important players for the Boise State football team during the 2020 season. Next up is No. 2, running back George Holani.

It was evident that George Holani would probably play in some capacity last fall on the very first day of fall camp, when he was one of just a handful of newcomers called upon to practice with the veterans during split practices.

Coach Bryan Harsin said that day that Holani had “already done enough” over the summer to prove that he deserved to get a shot to practice with the returning players and veterans.

But not many still would have predicted he’d do what he did as a true freshman in 2019. Holani emerged in the season opener against Florida State and rose from third on the preseason depth chart to finish with 1,014 rushing yards — extending Boise State’s streak to 11 straight years with a 1,000-yard rusher.

Most thought the former four-star recruit had a chance to see the field right away. Not many could have seen him passing both Robert Mahone and Andrew Van Buren on the depth chart — and so quickly.

Holani had 14 rushes for 70 yards in his college debut at Florida State on the season opener, taking advantage of extra playing time when Van Buren had an early fumble. The next week he took advantage of an injury to Mahone and rushed 22 times for 103 yards.

Holani finished with 192 rushes for 1,014 yards and seven touchdowns en route to being named the Mountain West Freshman of the Year and landing on the All-Mountain West Second Team. Not bad for someone that was at his senior prom just a few months earlier.

New Boise State running backs coach Winston Venable is challenging Holani to stay ‘humble and hungry’ as he prepares for his sophomore season this fall, but also is wanting him to take on more of a vocal leadership role.

“He was young last year and did well, but you’re not young anymore and you’ve played, so let’s take you to the next step, the next level, with your mentality and your leadership and maturity,” Venable said recently.

“If you have something to say, go for it. If you see something you don’t like, say something. George is one of those guys (that has a) future, so he needs to start working on that now.”

With at least two more college seasons ahead of him the sky appears to be the limit for Holani’s potential. He’ll be a huge part of Boise State’s offense this fall and probably get a much bigger workload now that he’s emerged as the lead back and shown coaches what he can do.

And with neither Mahone or Van Buren living up to expectations, the Broncos need Holani to build off his 2019 season with an even better sophomore campaign. The offensive line will feature four new starters, so Holani has plenty riding on his shoulders to help pick up the slack.

That’s why he checks in at No. 2 on our list of the top 25 most important players to the Boise State football team in 2020.