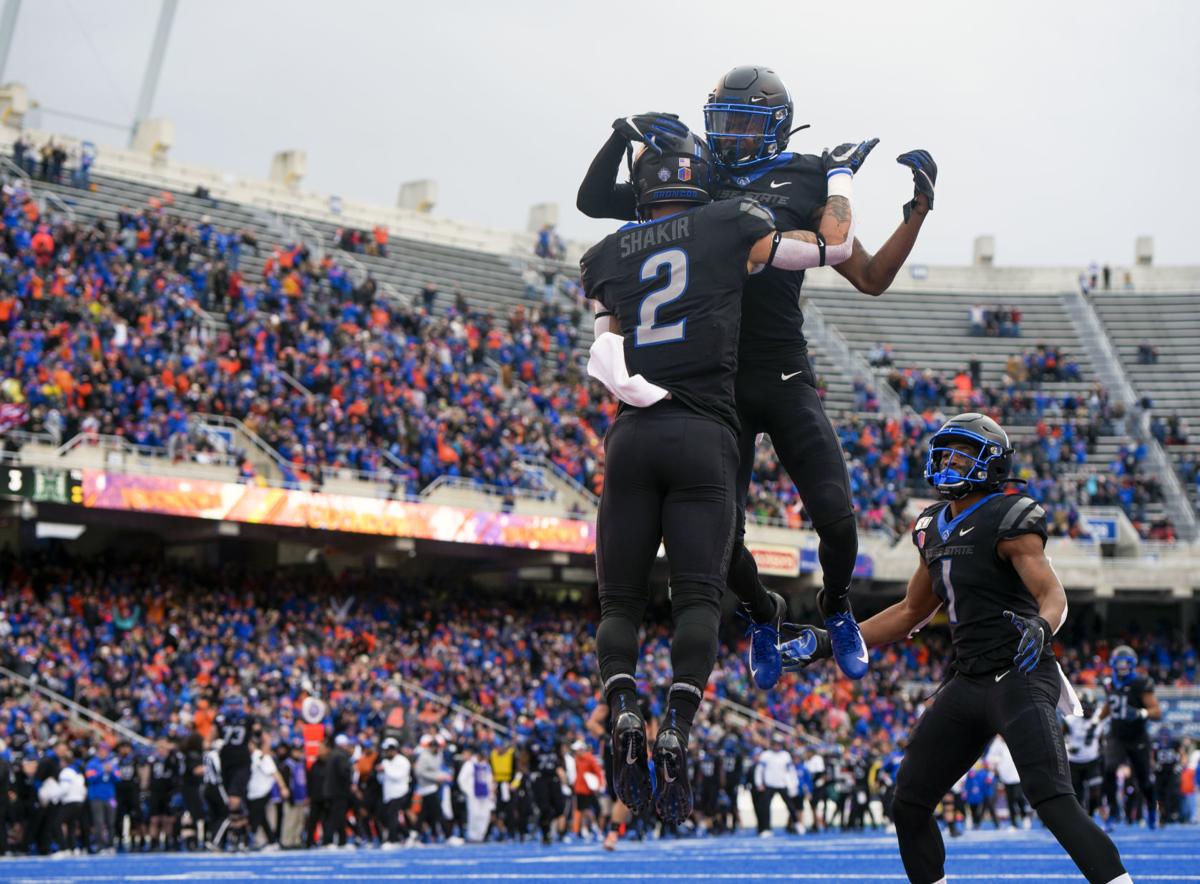 Boise State coach Bryan Harsin responds to questions from the media during a press conference on Dec. 6 at Albertsons Stadium.

Boise State coach Bryan Harsin responds to questions from the media during a press conference on Dec. 6 at Albertsons Stadium.

BOISE — There won’t be a mad dash to the Boise State football facility on June 1, the day the NCAA ruled earlier this week that teams can begin voluntary workouts.

But plans are being made for players and coaches to return soon after — and that’s music to the ears of everyone wanting to see football games happen this fall.

“We’re all itching to get back,” head coach Bryan Harsin said Thursday during a Zoom interview with reporters. “We all want to be back in the office and get prepared for when guys are able to come back in June. I’m glad we got the date.

“Now it’s in the hands of the decision makers, where they have to get their plan together and we know whatever it is, we’re going to follow it and do it and take the steps and phases, whatever that is, that tie in with what we’re doing in the state of Idaho.”

The NCAA voted to approve voluntary workouts in football and men’s and women’s basketball starting June 1, but what that means given social distancing guidelines and regulations in a program’s city or state will differ based on the program.

Harsin said Boise State plans to bring players back to campus in phases, since full team activities likely won’t be able to happen for several weeks. The Broncos already have 35 players in Boise, and they will be the first to return to the facility shortly after June 1.

“Our players want to get back and we want to get started, but at the same time, we have to do it right,” Harsin said. “We get one shot to get back. What’s that all going to look like? I don’t have an answer for you. … Everybody has a little bit different plan. It’s not going to be fair or uniform for every program, which is totally fine in my opinion. Everybody has to do what they have to do.

“June 1 is the date, so when do we start? We’ll find out. I know we have a lot of people working on it, and a lot of people smarter than me that know everything that goes into it with how we’re going to do this from a health standpoint. Whatever those guidelines are, we’ll fit them into our plan.”

Harsin has several of the same questions reporters and fans do, and to this point many of them still haven’t been answered. He’s unsure if players returning from outside the state will have to self-quarantine for 14 days. He doesn’t know how many people can be together at once — and he’s unsure what workouts can even be done while maintaining the proper six feet distance.

“Those are the same questions I’m asking,” Harsin said.

A big question still unanswered: What about if a player tests positive the night before a game?

“It’s been brought up, and what happens?” Harsin said. “Those are the questions everybody is asking and the questions that the people that are going to have to make those decisions have to be able to answer because yeah, you are somewhere on a Friday night and there’s an issue, what happens there?

“A big part of this whole thing is we can do it right as a team and a program and somebody might do it wrong and then we don’t have a game that week. … It’s complicated, but those are questions we’ve all thought of. It’s what we do as coaches. But it’s ‘what do we do when’, not if. ‘What do we do when’. That’s what we’re asking. What’s required from us and how do you expect us to handle it?”

Another dilemma would be what happens should a player not feel comfortable returning to team activities. Harsin said they would support any player that makes such a decision.

“I think there could be some players that because of situations in their families, somebody that is sick or someone that just can’t expose themselves, and we totally agree with that,” Harsin said. “That’s part of asking our guys, how do you feel about this? They all want to know what the plan is.

“If somebody says they aren’t comfortable with it, that’s fine. That’s part of it. This situation is so different and we're not going to go through it again. There’s going to be some real circumstances and some family members of our players that are sick and have issues and that’s real, and we know that.”

Harsin said there’s been no talk of changing equipment like the helmets to include full face shields, but he’s unsure what precautions would or could be made for workouts, practices or games.

Boise State hopes to have a finalized plan in the near future on bringing back players and staff to the facility, but said many of its decisions will be left to the current recommendations and guidelines for the city of Boise and the state. Coaches are still working from home, but Harsin thinks some can start to trickle back into the facility beginning next week.

It’s not business as usual, but things are moving in a positive direction for Boise State.

“June 1 is not going to be the day that everything just gets back to normal and we get back to our three lifting groups and we go out there and we run,” Harsin said. “There’s going to be a process and that’s being worked on right now.

“We’ve done the best we can with what we’ve got. I’m very proud of our coaches and players .... We’re looking forward to getting them back and working on football when we get a chance to do that.”