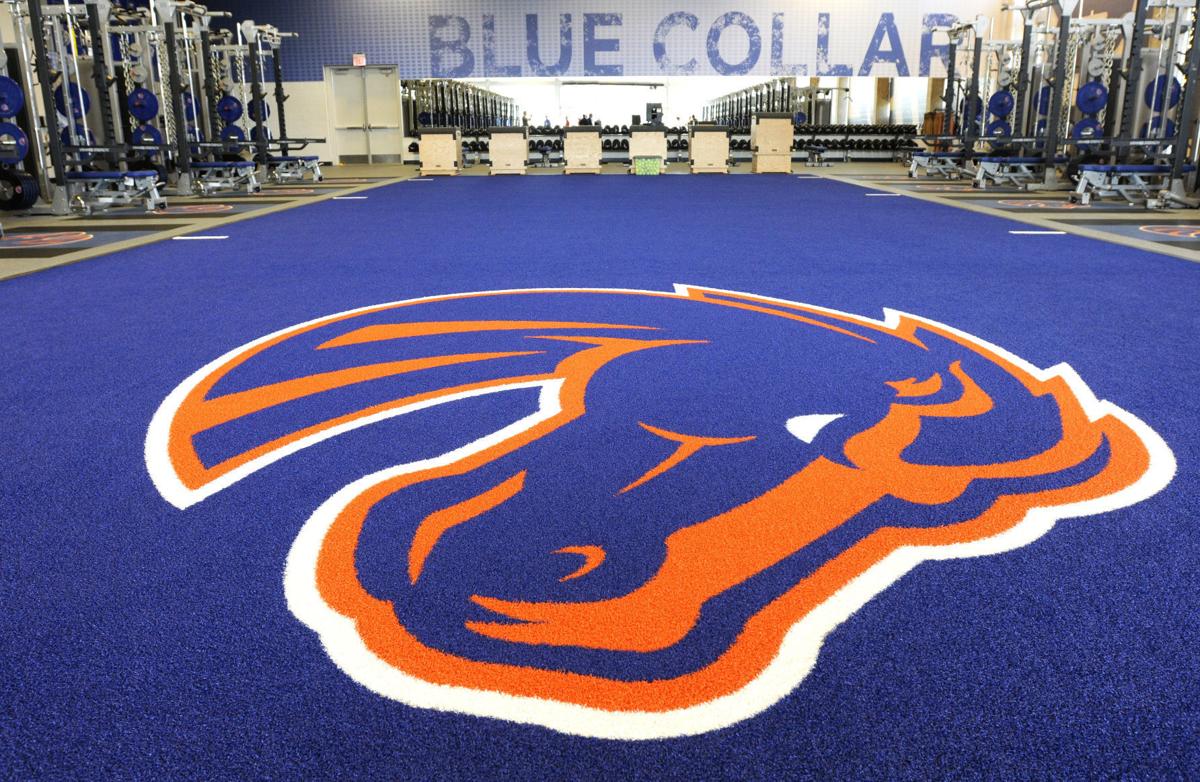 The middle of the weight room inside the Bleymaier Football Center has blue turf and a large Boise State logo. 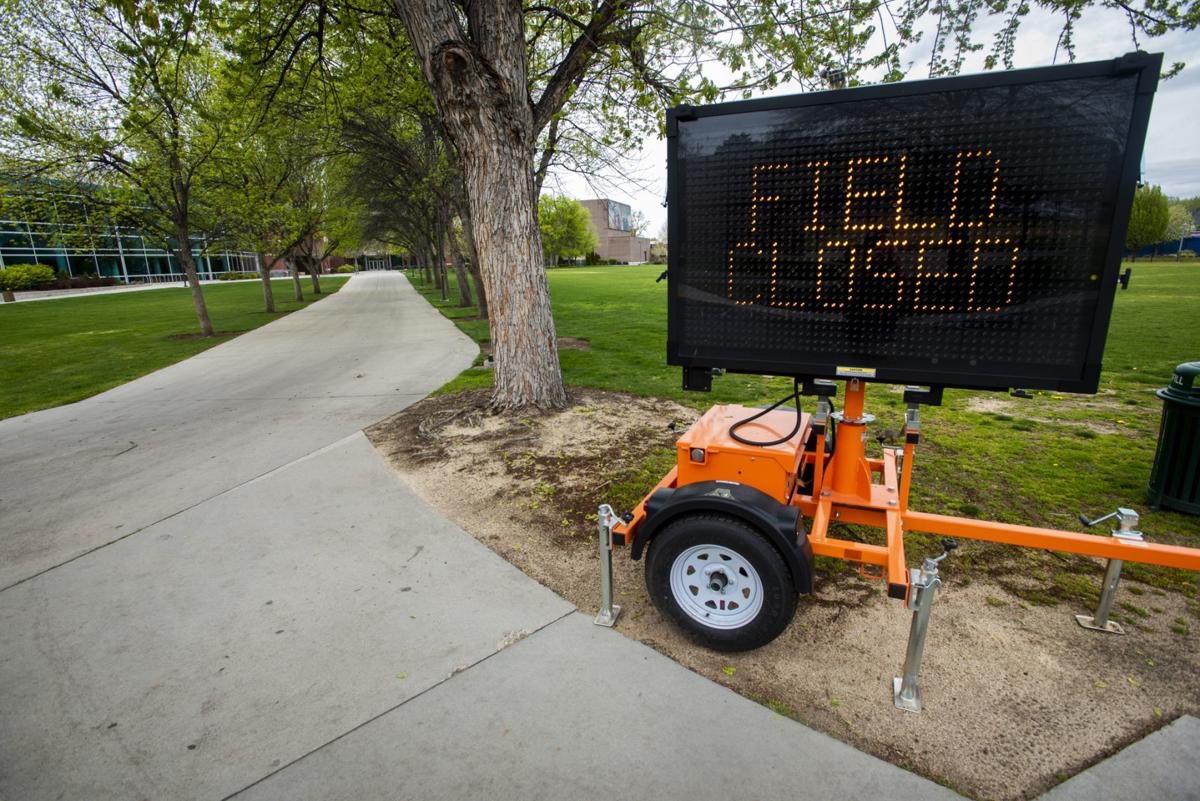 A sign warns students that a field on Boise State University’s campus is closed to visitors and students while the university is closed due to coronavirus concerns on Saturday, April 25, 2020, in Boise.

The middle of the weight room inside the Bleymaier Football Center has blue turf and a large Boise State logo.

A sign warns students that a field on Boise State University’s campus is closed to visitors and students while the university is closed due to coronavirus concerns on Saturday, April 25, 2020, in Boise.

BOISE — Boise State has stopped voluntary workouts for student-athletes and closed all campus facilities through Sunday due to eight positive or presumed positive COVID-19 cases on campus in the last 48 hours.

The school did not say whether the eight cases were from the athletics department or the university side, saying only that the eight individuals visited campus within the last week.

Most campus employees and staff are still working from home, and no in-person summer school classes are being held. Student-athletes are some of the few currently on campus, but the school wouldn't confirm whether they accounted for any of the positive tests.

Boise State is the third athletic department nationally to stop voluntary workouts due to an outbreak of positive COVID-19 tests on campus, but Houston and Kansas State both confirmed the positive tests came from within the football program.

“I'm very appreciative of the way our department has stepped up to provide the safest environment within our facilities for our entire staff and student-athletes," Boise State athletic director Curt Apsey said in a statement provided to the Idaho Press.

"This is difficult, but our overall goal remains the same — keeping our community, campus, student-athletes and staff safe through these challenging times.”

According to the university press release, Boise State and Central District Health are "notifying those who were in close contact with the individuals who tested positive; those close contacts will be advised to self-quarantine for 14 days and monitor themselves for symptoms."

Ada County and the city of Boise have seen increases in positive COVID-19 cases in recent days. Central District Health announced Monday that the county was moving back to Stage 3 due to the outbreaks, which includes limiting gatherings to less than 50 people and closing bars.

Boise State is closing the entire campus as a result of the eight cases on campus and the recent uptick in positive tests in the city. They announced all campus-owned and controlled facilities will be closed through Sunday, and "the only individuals authorized to be in these facilities are security staff and housing administrative staff who are necessary to assist students who remain in campus housing."

Boise State said in the release, "The temporary closure will help mitigate the further spread of the virus by and between members of the university community, and ensure that facilities are appropriately disinfected. The goal remains the health and well-being of the community and the timely opening of campus for students in the fall."

Boise State recently announced they will no longer provide COVID-19 test results for student-athletes with the media after initially announcing "multiple" positive tests on June 8 after an initial wave of testing while welcoming a group of athletes back to campus.

BOISE — Despite schools across the country releasing specific results, Boise State will no longer do the same for COVID-19 tests from student-…