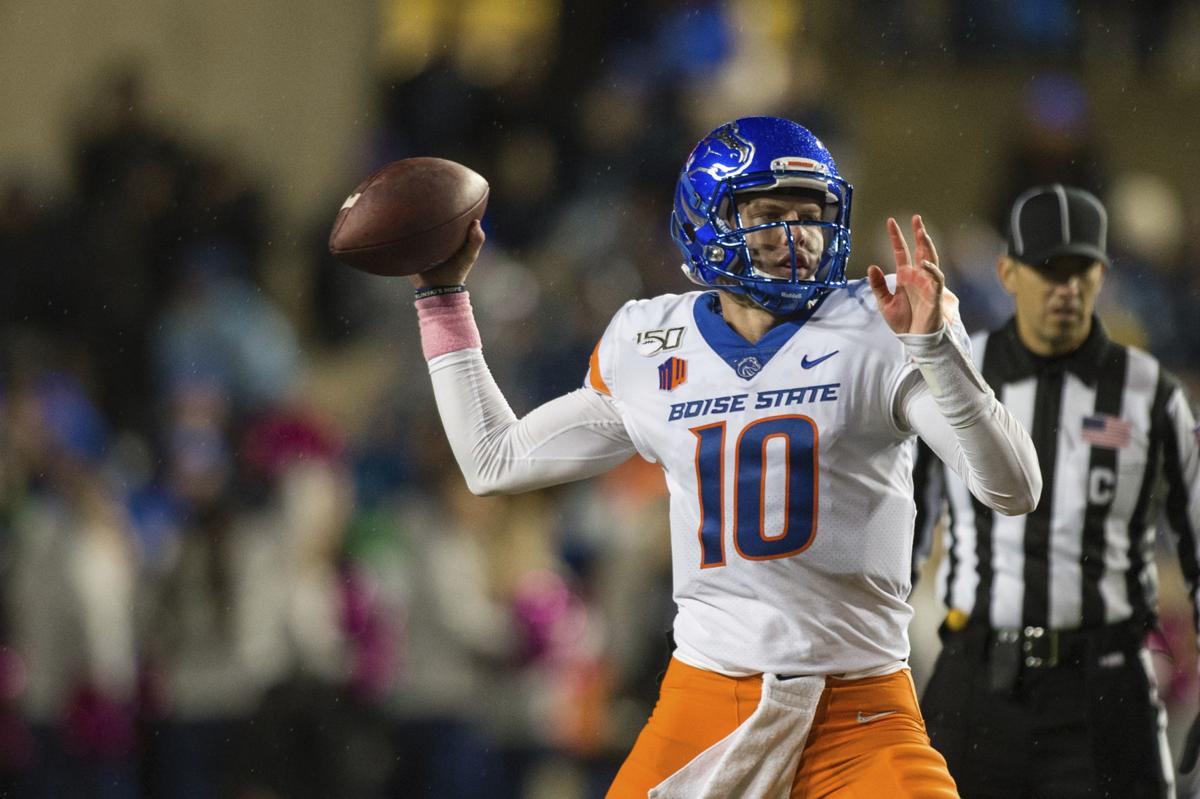 Boise State quarterback Chase Cord throws a pass in a game against BYU on Oct. 19, 2019, in Provo, Utah. 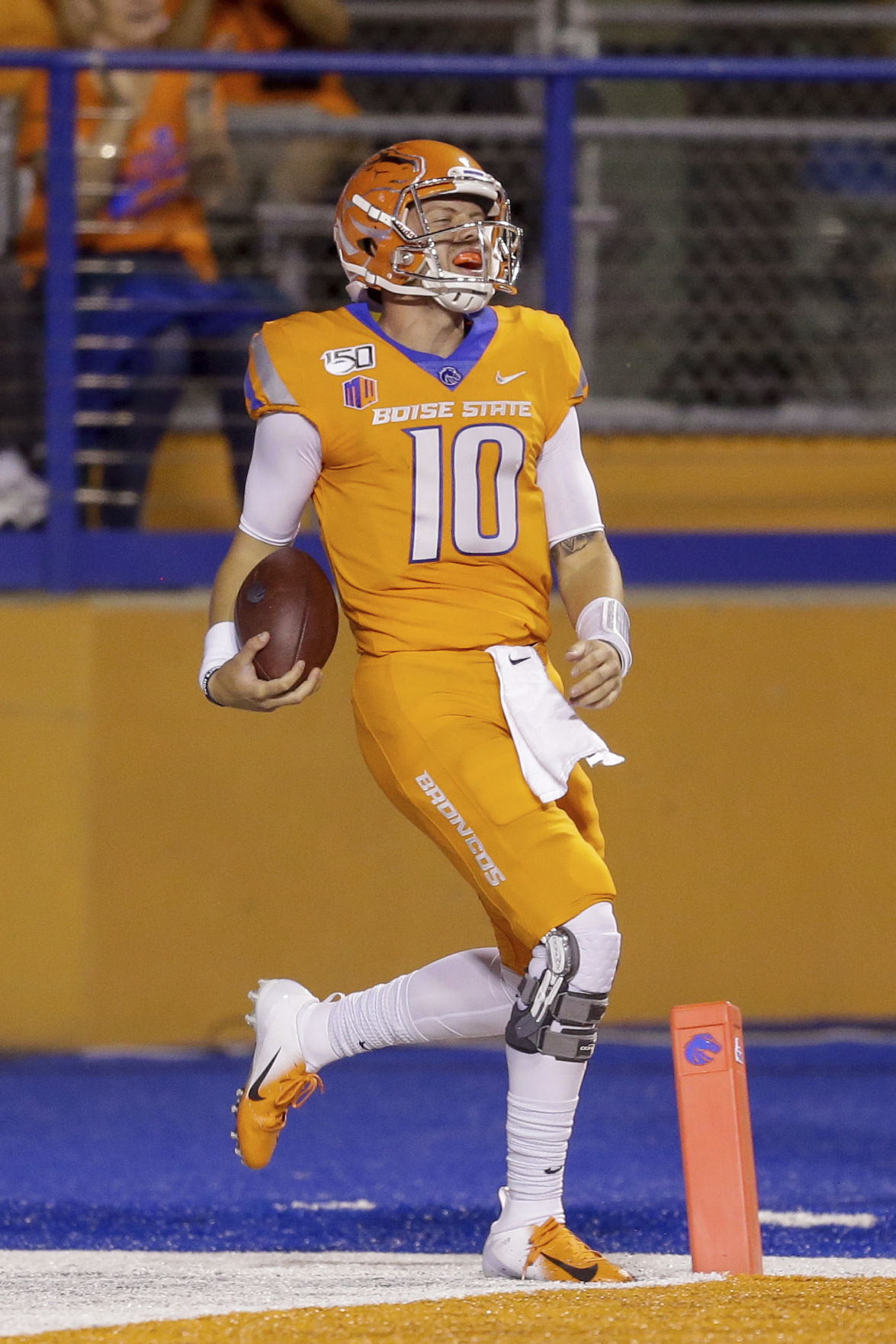 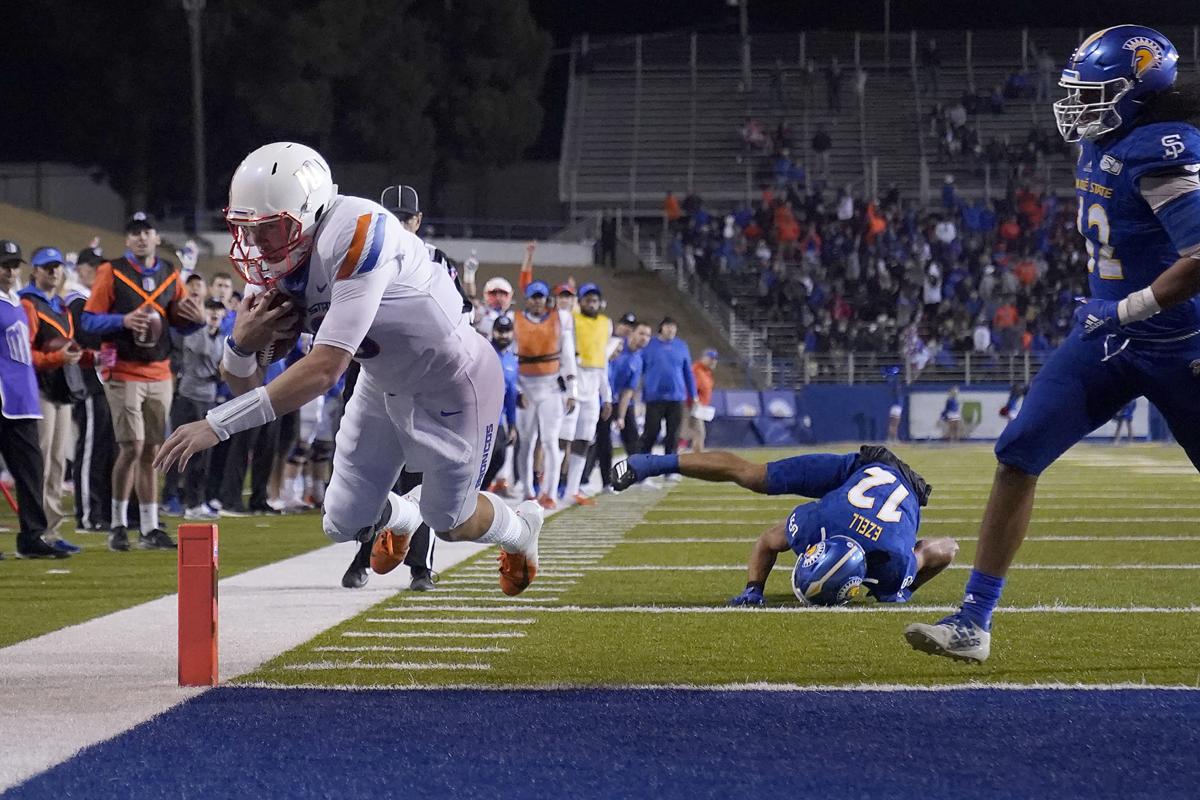 Boise State quarterback Chase Cord throws a pass in a game against BYU on Oct. 19, 2019, in Provo, Utah.

BOISE — If not for a torn ACL midway through last season, there’s a decent chance Chase Cord would be the starting quarterback right now for the Boise State football team.

And that’s what has to make the whole thing hard on Cord.

Sure the redshirt sophomore is saying and doing the right things as a team player as the backup to starter to true freshman Hank Bachmeier, but what player at any level is content and happy being the backup? Nobody.

So when Cord found out during fall camp that Bachmeier had won the starting job, he understandably wasn’t overly pleased.

“It was tough to hear just because I’ve been working so hard to get back, and I did,” Cord said Wednesday. “But there was never that moment of doubt because I knew I had to get right back to work. It was something that only motivated me to push further and harder and keep pushing Hank and the other quarterbacks in the room.”

Cord spoke Wednesday for the first time since tearing his ACL last October. At the time he was the backup to Brett Rypien, but he had carved out a role as a mobile option in short yardage and goal line situations. He was on a path that likely would have made him the heavy front runner to be the starter this season.

But the injury opened up the door for Bachmeier, who graduated early and enrolled at Boise State in January. He participated in spring practices and got way more team reps with the No. 1 offense with Cord rehabbing on the sidelines.

Cord was able to do some stuff over the summer, but remained limited when fall camp started. He didn’t participate fully until more than a week into fall camp. While coach Bryan Harsin and offensive coordinator Zak Hill haven’t said Cord’s knee was the reason he lost out to Bachmeier, they admitted it was a factor.

“It’s been a process and a journey,” Cord admitted. “I knew by not being able to go through spring (practices), I had to work my way back into the (competition) for fall camp and early on in the season. My mindset was just to put my head down and keep working.”

The Broncos found a role for Cord this season, who has earned at least a few plays in almost every game. He had to play a good chunk of the game against Hawaii after Bachmeier got hurt and completed 12 of 18 passes for 175 yards and three touchdowns.

Cord made his first career start against BYU with Bachmeier out injured, but threw two costly interceptions that contributed to Boise State’s only loss of the year, a 28-25 setback in Provo, Utah.

When Bachmeier briefly went out last week at San Jose State, Cord entered and scored on an 8-yard run on his first play.

“We talk about staring in your role, understanding it and staring in it,” Cord said. “That’s been my mindset being a backup to Hank early on and you have to prepare like you’re the starter and that goes for every quarterback in that room. It’s mostly been staring in my role and doing everything I can to help the team win.”

It would have been easy and maybe understandable for Cord to be unhappy or pout or lose interest once Bachmeier was named the starter. But Cord has done the opposite, encouraging and helping Bachmeier anyway he can during practice, meetings, in the film room and during games.

“It’s fun seeing guys succeed,” Cord said. “I’m never rooting against any of our guys at any moment, so when he goes out and throws a touchdown or makes a big play, that fires me up. Even if that’s not my number being called.”

Cord has completed 38 of 66 passes for 480 yards and eight touchdowns to go along with the two interceptions. He also has 15 rushes for 85 yards and two touchdowns. His eight passing touchdowns are tied for No. 8 in the Mountain West despite only starting one game.

His 10 total touchdowns are the most on Boise State’s roster.

It may not be the season Cord wanted or expected, but he’s clearly making the most of it. And the Broncos are reaping the benefits.

“Chase is an amazing guy,” Hill said. “His leadership, his attitude, his demeanor, have all been consistent. No matter what happens, whether it’s good, bad, whether he’s throwing touchdowns or it’s a pick. It’s always the same. And the guys love him and respect him for that.

“He’s been through a lot, and will continue to. That’s college football, and he handles it really well. That’s why we always have trust in that guy. He’s put himself in that position to get on the field to be a factor for us. He’s prepared himself like the starter whether he is or is not. It doesn’t matter to him. He’s taken that mentality and the guys love him and respect him for it.”

Who knows if Cord will stick around for 2020 and attempt to beat out Bachmeier for the starting job or look to transfer and play sooner elsewhere. That topic wasn’t broached Wednesday. He had a game against Wyoming to worry about.

“Only one quarterback gets the nod at the end of the day,” Cord said. “We understand that and we know I’m competing against you, you’re competing against me, but once Saturday night rolls around we’re trying to be 1-0 that week.

“We’ve got one goal in mind and we have to stay together and be a tight group in order to lead those guys to victory.”