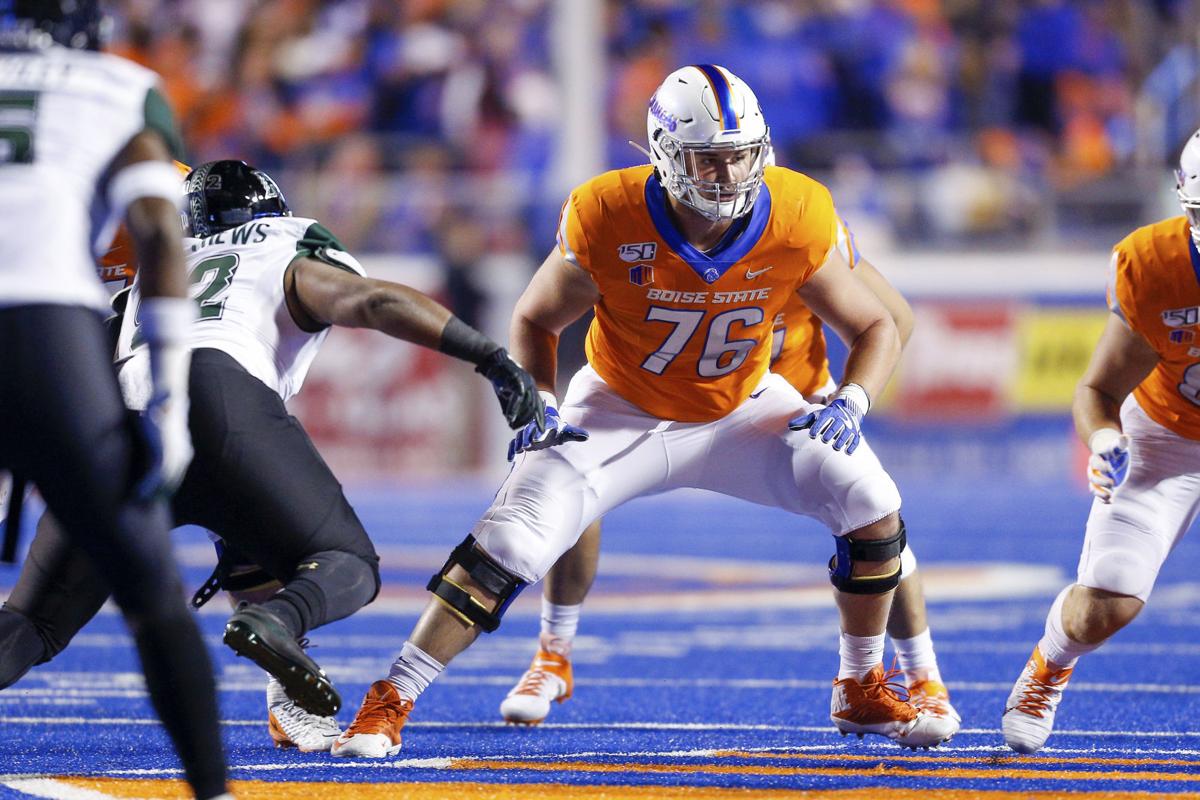 Boise State offensive lineman Ezra Cleveland (76) reacts to the snap of the ball against Hawaii in a game Oct. 12. 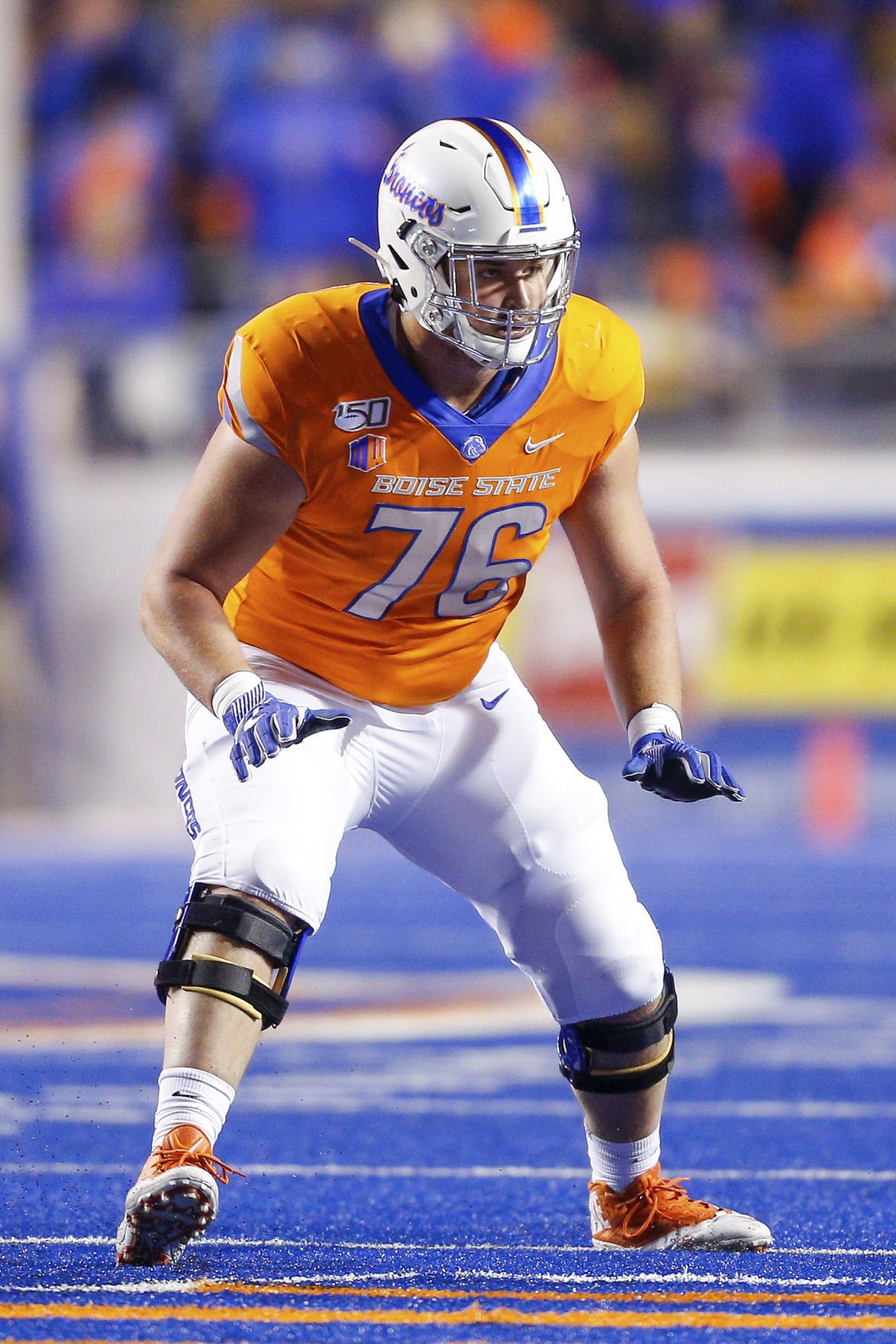 Boise State offensive lineman Ezra Cleveland (76) reacts to the snap of the ball against Hawaii in the first half of an NCAA college football game, Oct. 12, 2019, in Boise.

Boise State offensive lineman Ezra Cleveland (76) reacts to the snap of the ball against Hawaii in a game Oct. 12.

Boise State offensive lineman Ezra Cleveland (76) reacts to the snap of the ball against Hawaii in the first half of an NCAA college football game, Oct. 12, 2019, in Boise.

Cleveland has signed with agent Ron Slavin, who represents a number of former Boise State players including Leighton Vander Esch.

“I loved everything about my experience at Boise State,” Cleveland said in a statement to the Idaho Press. “I just think it’s time for me to take that next step in my football career. Thank you to all my coaches, teammates and support staff at Boise State.”

The 6-foot-6, 310 pound Cleveland is expected to test well in front of NFL scouts and see his name rise up draft boards the next few months. He is seen as a possible pick in the first three rounds due to his combination of size and athleticism, and because NFL teams are in need of left tackles in this class.

Cleveland, who was twice named a first team All-Mountain West pick in 2018 and 2019, was ranked as the No. 45 overall pro prospect in the draft by CBS Sports in October. After a slow start due to injury he finished strong and was among the top-ranked left tackles in the country down the stretch from Pro Football Focus.

His start at left tackle in the Las Vegas Bowl was his 40th start in the past three seasons. He started all 27 games his first two seasons before making 13 starts this season. He missed one game early in the year due to a foot injury.

The news means Boise State’s streak with an early entrant into the NFL Draft will be extended to seven years. DeMarcus Lawrence (2013), Jay Ajayi (2014), Kamalei Correa (2015), Jeremy McNichols (2016), Leighton Vander Esch (2017) and Alexander Mattison (2018) all left for the draft with a year of eligibility still remaining.

The departure of Cleveland means Boise State will have to replace four starting offensive linemen next season. Seniors John Molchon, Garrett Larson and Eric Quevedo finished their careers with the Las Vegas Bowl loss to Washington.

Cleveland will train in Dallas for the NFL Scouting Combine.