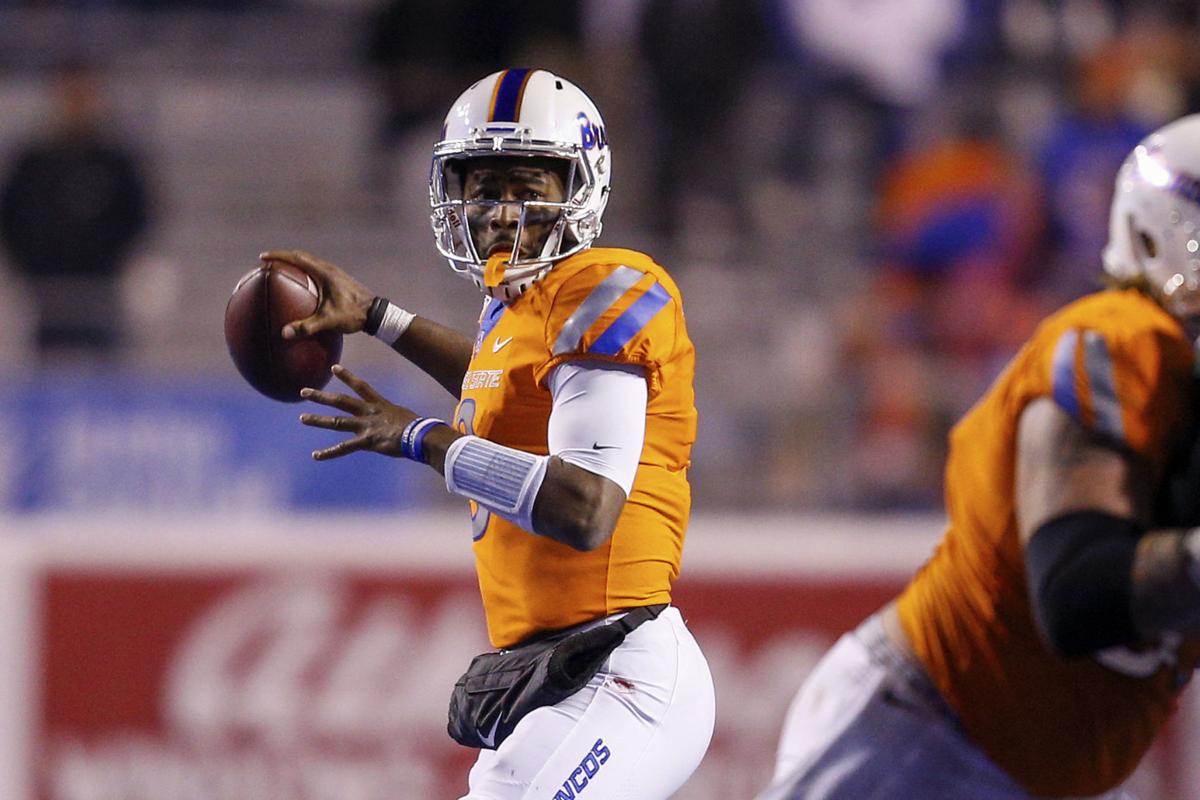 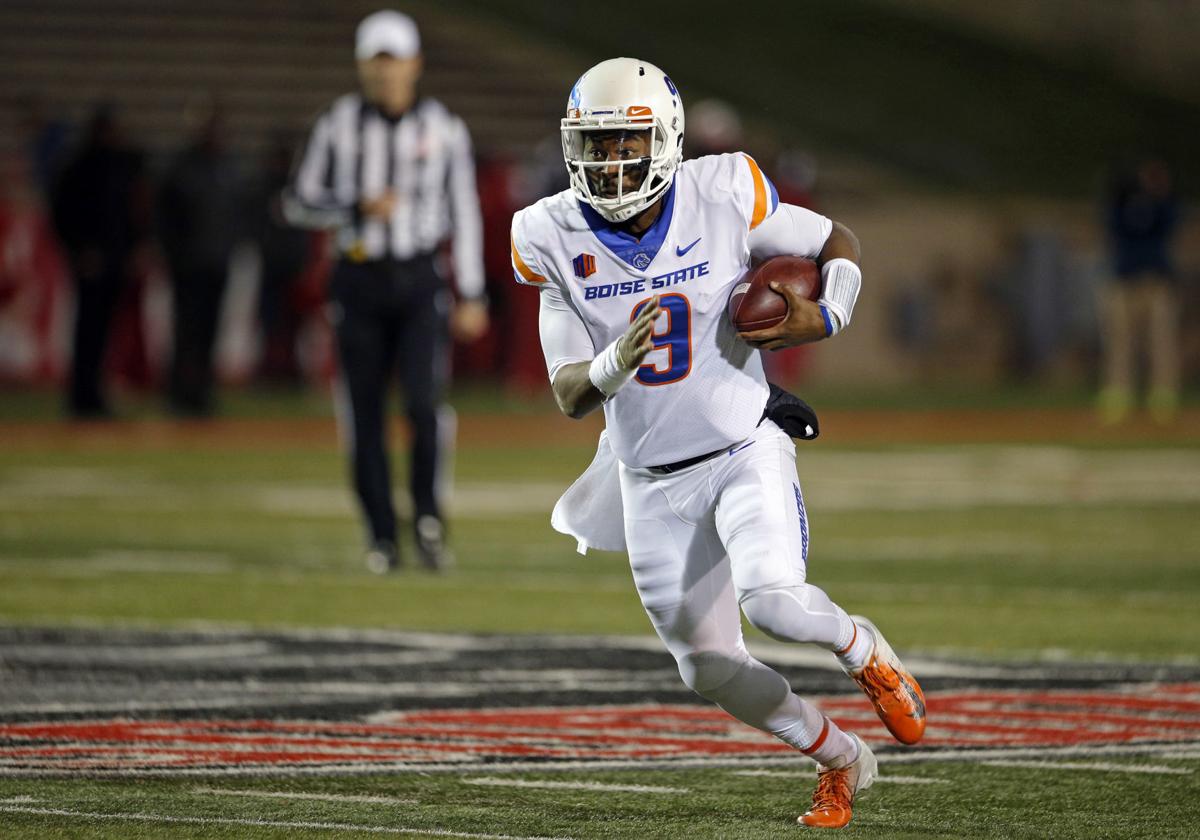 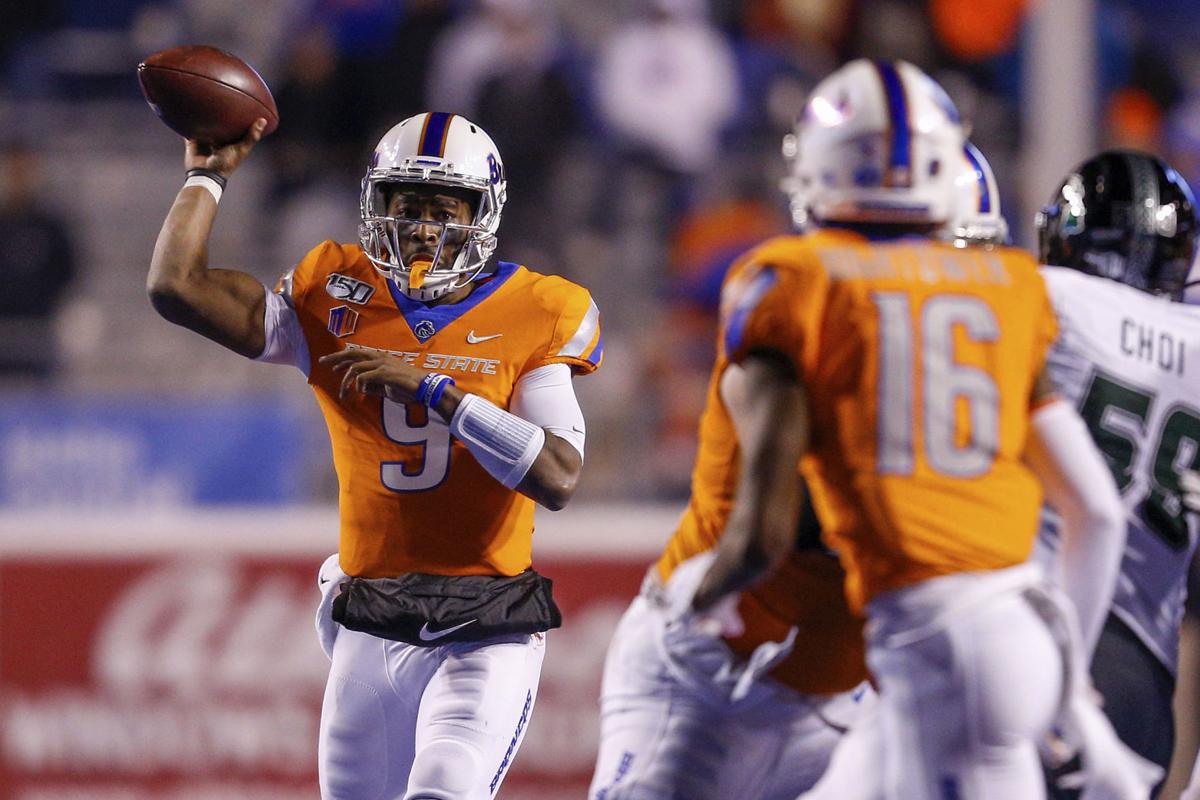 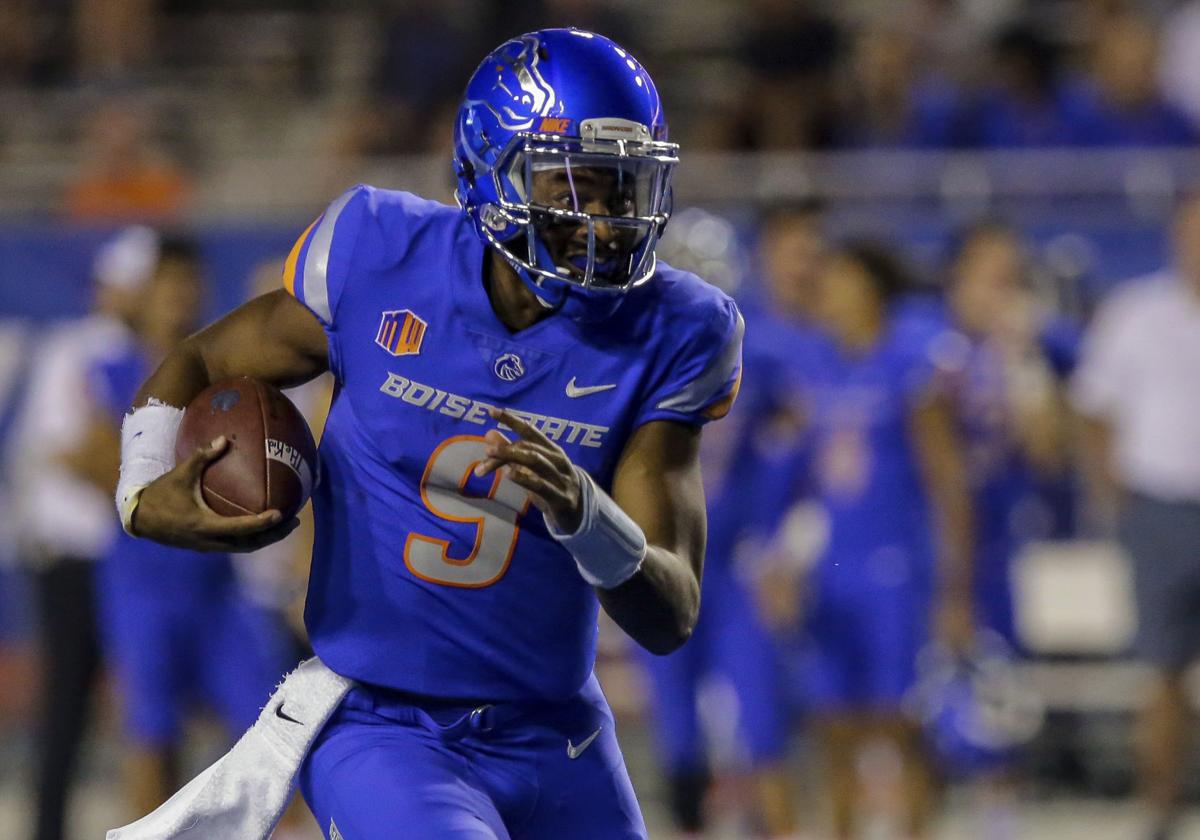 BOISE — Jaylon Henderson arrived at Boise State in January 2018 unsure of what the future would look like. He had already been at two different schools the past two years, and was ready to experience big time college football.

He didn’t know if he’d ever see the field with the Broncos. He just wanted to be part of a winner.

“That’s the type of person that I am,” Henderson said. “I’m not anybody that just wants it for me. I’m a team player and I just want whatever is best for the team. Coming in here I said I’m going to buckle down, do the work, put in the grind and do whatever I have to do, even if that’s handing people water bottles to help this team win.”

Fast forward nearly two years and Henderson is finding ways to contribute for a top-25 team. He’s not the starter. He’s not even second string. But he’s found a way onto the field in four games, and threw the first FBS touchdown pass of his career against Hawaii in October.

Off the field he does as much community service work of any player on the team.

And he does it all with a big smile on his face and a realization and a gratefulness of the situation he’s in. Henderson will take the field Saturday night at 8:15 p.m. against New Mexico at Albertsons Stadium for Senior Night. And his coach says he’ll play in some capacity.

“He’s earned it and he deserves it,” Boise State coach Bryan Harsin said. “Maybe his career as far as the number of plays he’s been in or the games he’s played in hasn’t been exactly what he expected … but he’s worked his tail off. He doesn’t say anything, he doesn’t complain and he just does whatever he can that week to get himself ready to go and contribute anyway we find fit to get him into the game plan.

“Whether he’s throwing a bunch of touchdowns or not, this dude is a quality person, a quality Bronco and we’re glad that he’s here. He’s made us better for sure.”

The Humble, Texas, native started his college career at the University of Texas-San Antonio. He redshirted in 2015 and appeared in four games in 2016 before electing to transfer.

He played the 2017 season at Trinity Valley Community College in Athens, Texas, where he completed 100 of 187 passes for 1,081 yards and nine touchdowns to just one interception. He also rushed 85 times for 382 yards and three touchdowns.

With Boise State desperate for quarterback depth and Henderson looking for a step up in competition, the two linked up in December of 2017. Henderson reached out to Boise State offensive coordinator Zak Hill, who had recruited him while at Eastern Washington a few years prior.

“When he contacted us about leaving the JC at that point we were in need of a guy quickly,” Hill said. “We were looking for some stability in the room and he definitely fit that.”

Henderson signed in late December and moved to Boise just a few weeks later. Brett Rypien was the established, returning starter, and Chase Cord was coming off his redshirt. Henderson came anyway.

His ability to run had some thinking he’d be in the role that Montell Cozart had the previous year, when he was used in short-yardage spots as a mobile option. But Henderson appeared in just three games and had eight rushing attempts for 54 yards. He completed his only pass attempt for 14 yards.

He ascended from No. 3 on the depth chart to No. 2 when Cord suffered a torn ACL midway through the season. And with Rypien graduated and Cord still out due to his knee, Henderson opened spring practices this past January atop the depth chart at quarterback.

Henderson and freshman Hank Bachmeier took most of the first-team reps during spring practices with Cord out. And Henderson was impressive enough that Bachmeier and his family thought Henderson eventually be named the starter.

“We actually thought it would be Jaylon Henderson from what (Hank) was saying, ‘Jaylon is doing really well’,” Bachmeier’s mother April said. “Jaylon was phenomenal and we saw for ourselves how good he was. … The competition was tough.”

Henderson started fall camp at the No. 1 spot, but was eventually passed by both Bachmeier and Cord before the season started. It was what everybody expected to eventually happen, but still didn’t make it any easier for Henderson to take.

Still, he didn’t pout or complain. He worked harder to force the coaches to find a way to get him on the field in some capacity, which they’ve done. Henderson has appeared in four games despite being the third-stringer on the depth chart. He’s completed 7 of 12 passes for 88 yard and a touchdown and has six rushes for 21 yards.

“It’s been awesome,” Henderson said. “Every time I can even make the travel bus with the team, anything they have me do, I’m excited to do.”

The moment he’ll never forget came on Oct. 12 against Hawaii. It took five years and three schools, but Henderson finally lived out one of his childhood dreams: He threw a touchdown pass at the FBS level.

“I was ecstatic, my first ever college touchdown,” Henderson said. “The feeling I felt was almost like running out of the tunnel. It’s a feeling like none other. My parents were excited to see that happen, the coaches were excited, everybody was happy. It was a great time and a great feeling.”

But Henderson has also played against Portland State, UNLV and BYU. He’s attempted a pass in three different games, and had a rushing attempt in three different games. Harsin indicated Monday that he’ll be part of the game plan and get a chance to play Saturday against New Mexico on Senior Night, but didn’t elaborate as to how much.

“He’s got a great attitude,” Hill said. “He’s worked through a lot, had some ups and downs and he’s handled that well. He’s an athletic quarterback that has a big arm and can make throws and even though he’s not getting the reps he may want, he understands his role and understands that we’re trying to win a championship. It’s about the team and not himself. He’s pretty selfless.”

Should Henderson be thrust into a bigger role for one reason or another at some point, his coaches and teammates are confident he’d be ready.

“He brings a lot,” senior tight end Garrett Collingham said. “Everybody is sleeping on his arm, but I think his arm is super good. I’m actually excited for him if he does get a chance. I’m excited to see what he does.”

Said fellow Texas native and senior Akilian Butler, “Jaylon is a hard worker and always keeps guys uplifted whether he’s in there or not. If he sees somebody down he picks them up. He’s been a help to this team. … When he gets his opportunity I feel like he’s going to star in it. I’m extremely confident in his play and I know he’s a hard worker and I believe in him, so I know he’s going to go out there and do his job.”

Henderson is a Business major and hopes to someday get into the corporate world when his football career is over. His first goal is to find a way to keep playing, whether it be in the XFL or the Canadian Football League if the NFL doesn’t work out.

He’d like to find time to “travel the world and explore while I’m young.” Who wouldn’t want to do that?

Henderson hasn’t had the easiest path or the success that most dream of. But he’s made the most of it, and he’s enjoying every second he has left.

“It’s been a long, tough and gritty journey I’ve had to go through, but it made me who I am today,” Henderson said. “I really had to build myself better as a person and I think I’ve matured in all my years in college playing football and I know it’s going to help me for the future and prepare for me what’s to come in the world.”