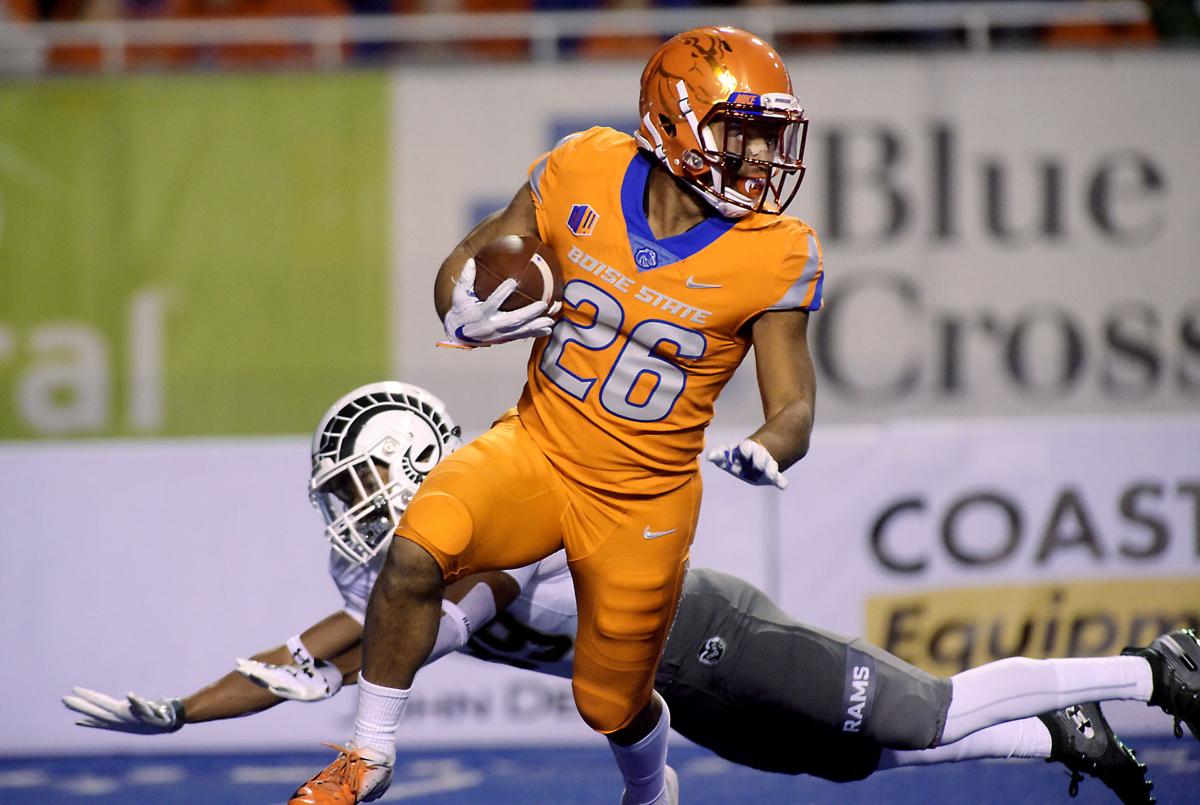 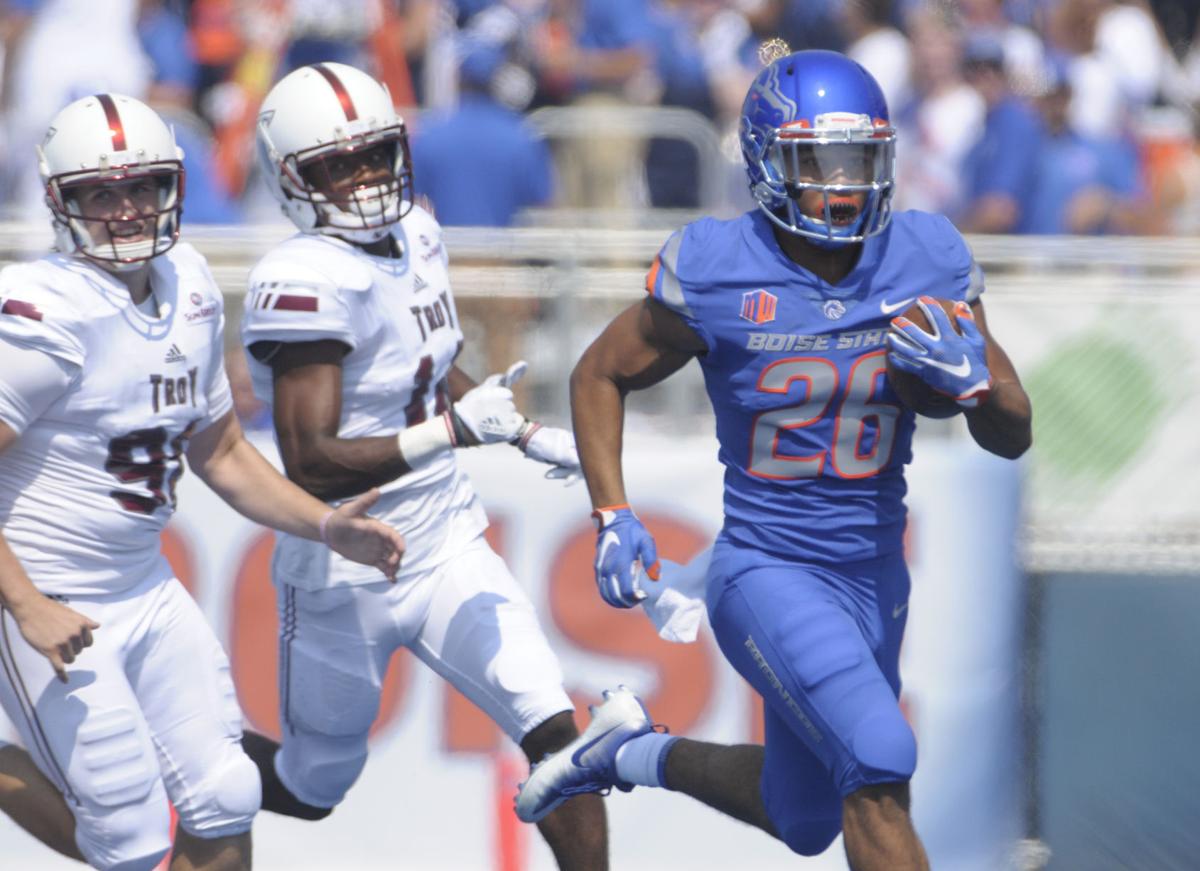 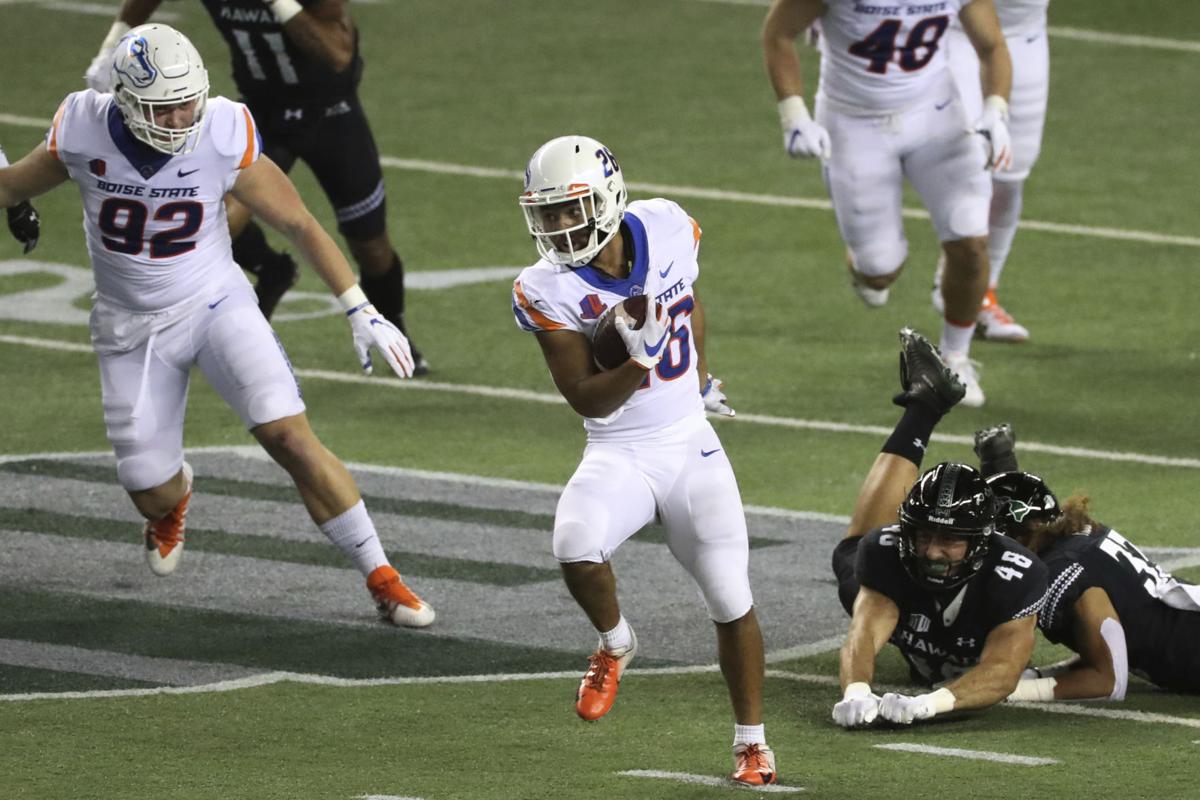 Boise State’s Avery Williams (26) returns a punt for a touchdown against Hawaii during the game Nov. 21, 2020, in Honolulu.

Boise State’s Avery Williams (26) returns a punt for a touchdown against Hawaii during the game Nov. 21, 2020, in Honolulu.

The thought of getting drafted seemed crazy for Avery Williams coming out of high school.

He was undersized and had no Division I scholarship offers, so he took a preferred walk-on spot at Boise State. At his first spring game with the Broncos in 2017 his jersey didn’t even have his name on the back.

The NFL? It wasn’t certain he’d even see the field in college.

Five years later, Williams is on the cusp of making a remarkable story almost unbelievable. He left Boise State as the most decorated special teams player in program history by tying the NCAA career record with nine return touchdowns and also blocking five kicks.

He was a consensus All-American, a two-time Mountain West Special Teams Player of the Year and a first-team All-Mountain West cornerback.

Not only is he assured of landing a free agent contract this weekend, he’s made it a legitimate possibility that a team could draft him in the fifth, sixth or seventh rounds on Saturday.

Speaking to Prater and the Ballgame on KTIK radio, Williams wouldn’t allow himself to realize how special it would be to get drafted. For him, the focus is about landing with the right team.

“I’ll watch it but I’m not throwing any draft party or anything,” Williams told KTIK. “My family won’t even be with me. I’m not putting a lot of weight into the draft because the draft is not my goal. My goal is to change the game and make an impact at the next level. This is just a stepping stone. It’s not a celebration whatsoever. I’ll just be watching and pretty mellow and waiting for a phone call.”

There’s something special about being able to say you were an NFL Draft pick, but often times going undrafted is better than going in the seventh round. Those not selected in the draft can pick the team that offers the best chance of landing a roster spot.

Is it cooler and sexier to say you were picked in the NFL Draft? Of course. Is it the best way of making an NFL roster? Maybe not.

“That’s a tricky question,” Williams admitted. “Whatever team picks me, that’s the team I go to. If I am undrafted it becomes my choice and there’s a balance of teams that want you and also the teams that may want you but have some depth.

“You have to do a lot of research and know what teams want you vs. what teams really need you. There’s a fine line between that.”

Williams will no doubt have a chance to stick in the NFL due to his skills as both a punt returner and kick returner. But he’s also shown he can play defensive back at a high level and has even marketed himself as a running back and wide receiver to teams during the pre-draft process.

“It really depends on the team,” Williams said. “Obviously everybody sees me as a return specialist, but offense vs. defense, a lot of teams see me at nickel, some teams see me at running back and there’s a few that see me as a slot receiver. There’s even some teams that see me having the ability to play both sides.

“I’ve told these teams I’m not only willing to do that, but I wanted to show them I am highly capable of doing that with my versatility.”

The Athletic’s Dane Brugler, considered one of the top draft analysts, said in his scouting report of Williams, “Overall, Williams lacks desirable length and explosive traits for outside work, but special teams coaches will be pounding the table for him on draft day. His resiliency in nickel and versatility to play running back and star on special teams give him a realistic shot at earning a roster spot.”

Lance Zierlein of NFL.com wrote, “He’s athletic and smooth with fluidity to turn, cut or wiggle without losing speed. He’s been a home run hitter as a returner and he’s a legitimate threat to block a kick and must be accounted for. Teams would be wise to draft Williams with a late Day 3 selection and figure out where to play him in camp.”

Williams had an impressive Pro Day workout for teams in Boise last month and said he’s been in communication with 25-26 teams the last few weeks.

“I don’t read into my draft grade,” Williams said. “What’s a priority for me is to get to the right place and a team that really wants me there and a team that is invested in me, regardless if I’m drafted high or not at all. I’m looking to go prove myself regardless.”

Asked if his personal expectation is to be drafted, Williams paused before saying, “I haven’t really thought about that. My agent is, and he probably cares about that more than I do. I just really want to end up at the right place, that’s what is more important to me. But my agent, yes he’s expecting me to get drafted.”

Whether he’s drafted or not, there’s enough interest in Williams that he’s going to get a shot with some team — and as he proved the last four years at Boise State, that’s all he needs.

“It’s been a very exciting journey and it’s going to be great to see where I’m headed,” Williams said. “It’s been a long process, a lot of phone calls and zoom calls, and it’s been hectic. But I get to show my personality and stuff and it’s been great to get the opportunity.”

Williams said he plans to keep his ‘walk-on mentality’ with him during his NFL career. And at this point, good luck finding anyone willing to bet against him.