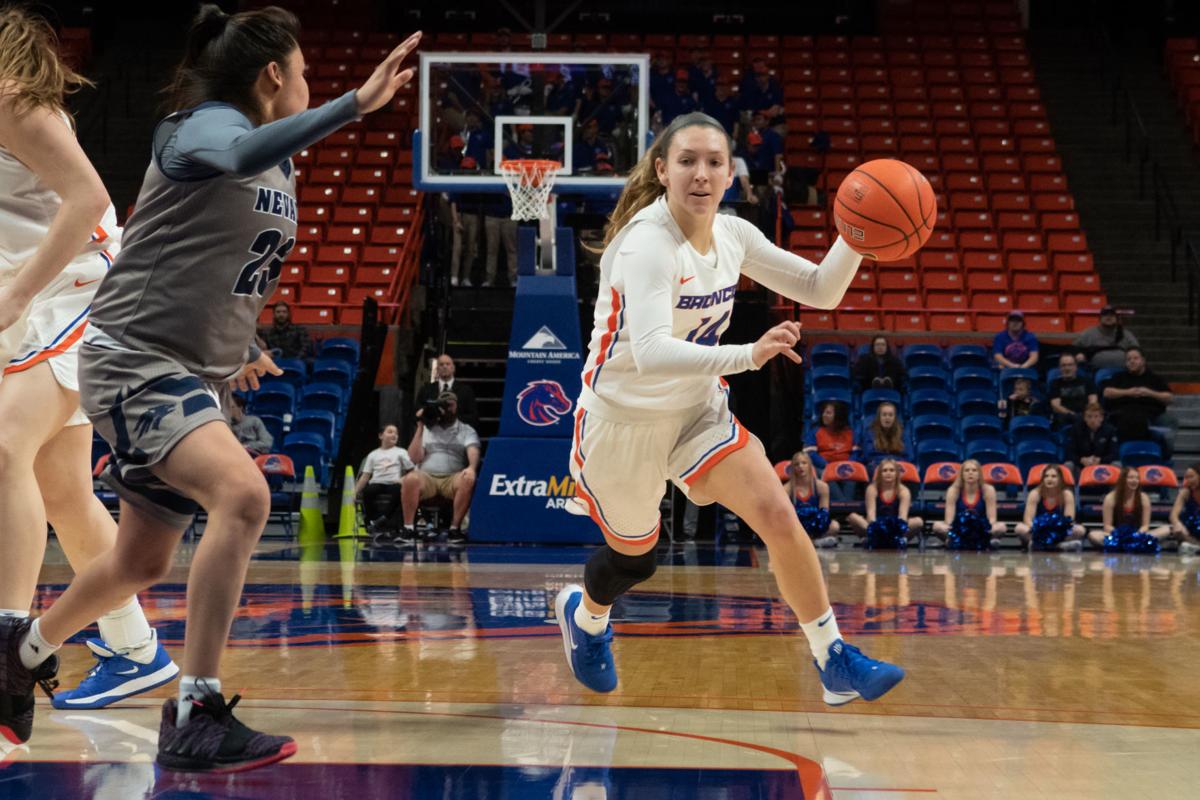 Boise State's Braydey Hodgins drives to the basket Saturday in the Broncos' 54-40 win over Nevada at ExtraMile Arena. 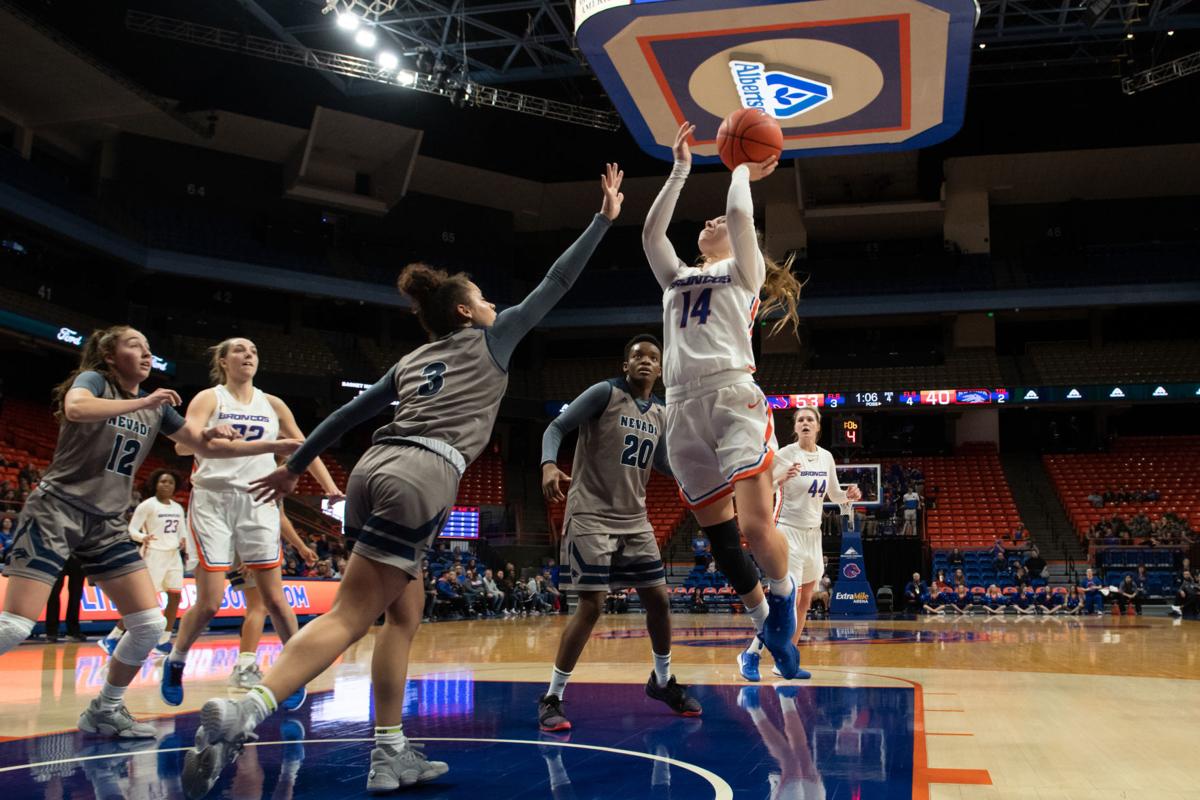 Boise State's Braydey Hodgins drives to the basket Saturday in the Broncos' 54-40 win over Nevada at ExtraMile Arena.

Nothing like a little defense to help a team shake off a difficult loss.

The Boise State women's basketball team, which fell at Wyoming on Wednesday, bounced back Saturday in a 54-40 Mountain West victory over Nevada at ExtraMile Arena.

The Broncos' defense held the Wolf Pack to a season-low 40 points and scoreless over the final 5 minutes, 4 seconds.

Boise State's defense got the game ball in this victory, holding the Wolf Pack to just 26.9 percent from the field, including a 2-for-17 mark from 3-point range. Boise State (11-5, 3-1 MW) maintained discipline on the defensive end as well, as the Wolf Pack (7-7, 0-3 MW) went to the free-throw line just five times on the day and converted only 2 of 3.

The Wolf Pack hit only two of its final 17 attempts from the field, including the last nine. Boise State limited Nevada to just 19.4 percent (7 for 36) from the field over the final 20 minutes, and outscored the Wolf Pack, 37-17. No Wolf Pack player finished the game in double digits scoring, with Marguerite Effa scoring a team-high nine points.

"Defensively, we played very well. We switched everything, and I thought we were on top of the switches and not too loose," Boise State coach Gordy Presnell said. "We tried to prevent them from running what they wanted to pretty easily so I was really proud of them. That was the area that we competed in [today]. It was our best performance.”

Boise State shot just 22.6 percent (7 for 31) and scored 17 points in the opening half, but limited its deficit with solid defense. Nevada had its own struggles on the offensive end, scoring just 23 points on 11-for-34 shooting. The Broncos never quite got it going from deep all game, hitting just one 3-pointer in 17 attempts.

That led to Boise State pounding the ball inside on the undersized Wolf Pack in the second half, beginning with the third quarter's opening possession. Mallory McGwire backed Marguerite Effa down in the paint and scored an easy layup, the first of her six points in the frame. Boise State, which finished the game with 38 of its 54 points coming from inside the paint, scored 22 of those in the second half.

“First, we were going to establish post play at the beginning of the third quarter, and go back to what we were trying to do earlier," Presnell said. "More than anything (in the first half), we weren’t engaged in the game, we weren’t lost in it. We didn’t have the ‘Broncos’ on our jersey competing against Nevada, we were worried about ‘oh my shot’s not going in, this isn’t as easy as its been."

McGwire scored all 14 of her points in the second half, and, with 10 rebounds, posted her fourth double-double of the season. The Reno native was a presence in the paint on both ends of the floor, blocking three shots for the second-straight outing.

Braydey Hodgins, who led all players with 17 points, found space to drive, and finished the game 6-for-10 from inside the arc, and 6 for 13 overall.