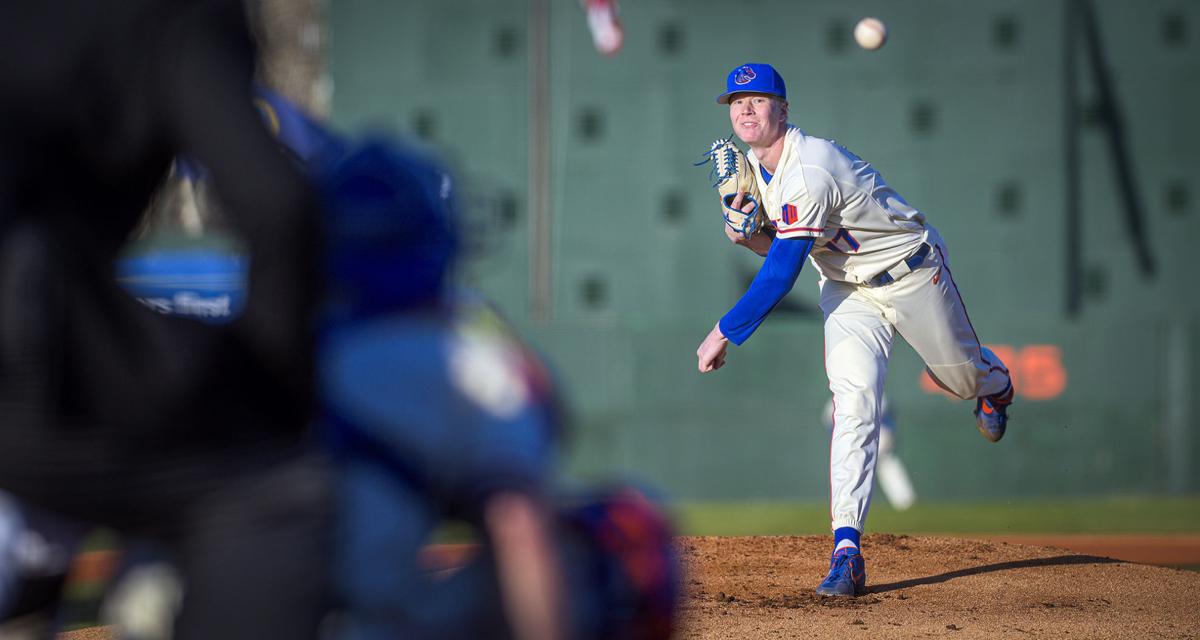 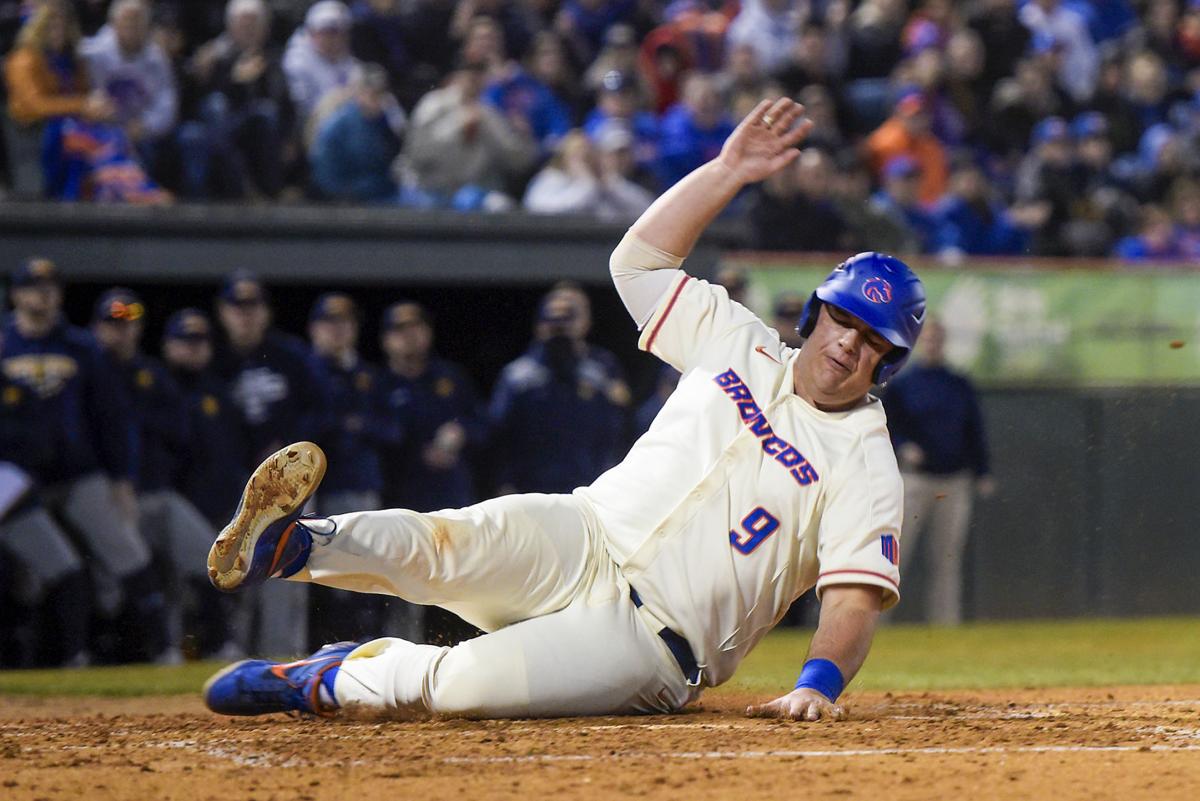 Boise State freshman Joe Yorke (9) slides into home base during the game against Northern Colorado on Feb. 28 at Memorial Stadium. 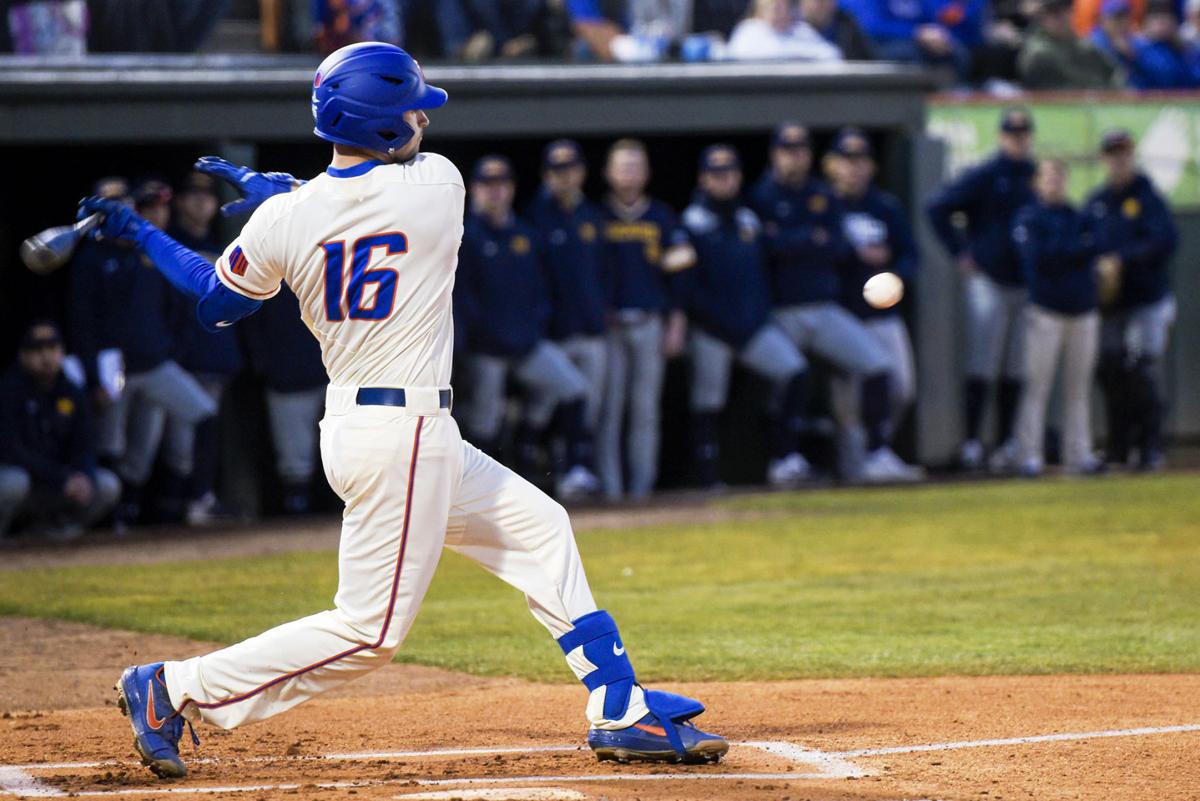 Boise State junior Christian Padilla (16) hits the ball during the game against Northern Colorado on Feb. 28 at Memorial Stadium.

Boise State freshman Joe Yorke (9) slides into home base during the game against Northern Colorado on Feb. 28 at Memorial Stadium.

Boise State junior Christian Padilla (16) hits the ball during the game against Northern Colorado on Feb. 28 at Memorial Stadium.

BOISE — The now disbanded Boise State baseball team apparently had quite the collection of talent on the roster.

The last six weeks show why.

All 36 players that were either part of the program last season or signed to join the Broncos this fall have made decisions on their next move. And the list of destinations is impressive — and telling.

Despite most rosters already being full when the announcement to cancel the program was made on July 2, Boise State had 17 players transfer to Division 1 teams. Five landed with Power 5 schools, including four to the Pac-12 and one to the SEC. Two players went to fellow Mountain West schools and one signed with Creighton.

If the 9-5 record through 14 games wasn’t enough to know if the Broncos were any good, where the players ended up in recent weeks should show as much.

“There’s no question,” coach Gary Van Tol told the Idaho Press. “And the thing about it is for these guys to land where they landed as late as it was, with max rosters and hardly any scholarship money available or none at all, it’s pretty amazing the opportunities our guys received. And legit opportunities.”

Cleanup hitter Torin Montgomery, who led the Broncos with three home runs as a freshman, signed with Missouri. Early reports have Montgomery slated to start at third base right away for the Tigers.

“People in the trenches say it’s unprecedented,” Van Tol said. “The interest our guys generated was unbelievable, but we had a talented group. We all knew in that clubhouse that something special was happening. I’m just thrilled for the guys that are moving on that they found a new home.”

“All our guys were in a little different place depending on their age, where they lived, their position,” Van Tol said. “Until Sunday when Dawson Day was the last one of our guys to make a decision, that’s all my focus has been since July 2 — to make sure every one of our guys was taken care of. It’s been a long month and a half.”

Nine players, including a pair of incoming freshmen, have elected to come back to Boise State to redshirt and train before hoping to find new schools a year from now. The Boise Hawks have agreed to continue to let those players practice at Memorial Stadium.

“We’re going to work and train with those nine guys and find them a home next year because they didn’t find that right fit or opportunity or it was too late, or some are a year away from graduating and academically it didn’t make much sense if they can stay and be a graduate transfer next year,” Van Tol said. “They can all redshirt like the dirty dozen guys did the first year and ride this virus out and develop and train under myself and my staff that I’m keeping here in this community to help these nine guys find new homes after next year.

“As long as we have one of our guys on campus we’re going to do everything we can to help them get through the next year and ride this virus out.”

Van Tol said the nine returning players will get the same scholarship percentage from Boise State that they had last year.

As for the coaches, Van Tol has two years remaining on the five-year contract he signed when he was hired in 2017. His assistant coaches were not renewed at the end of July, giving them 30 days to try and find a job in the middle of a pandemic.

It will forever be a ‘what could have been’ feeling for the Broncos. The group Van Tol and his staff had assembled had just gone 9-2 on a homestand when the season was canceled, and hopes were high heading into the 2021 season.

Players and coaches knew the team had talent. They unfortunately didn’t get much of a chance to show it.

“At the end of the day it was a special group,” Van Tol said. “These guys were just getting started. They were finding an identity and figuring out their roles. We had something special brewing. It was just the beginning, and that’s why so many people were disappointed with the decision by the university and still are.”