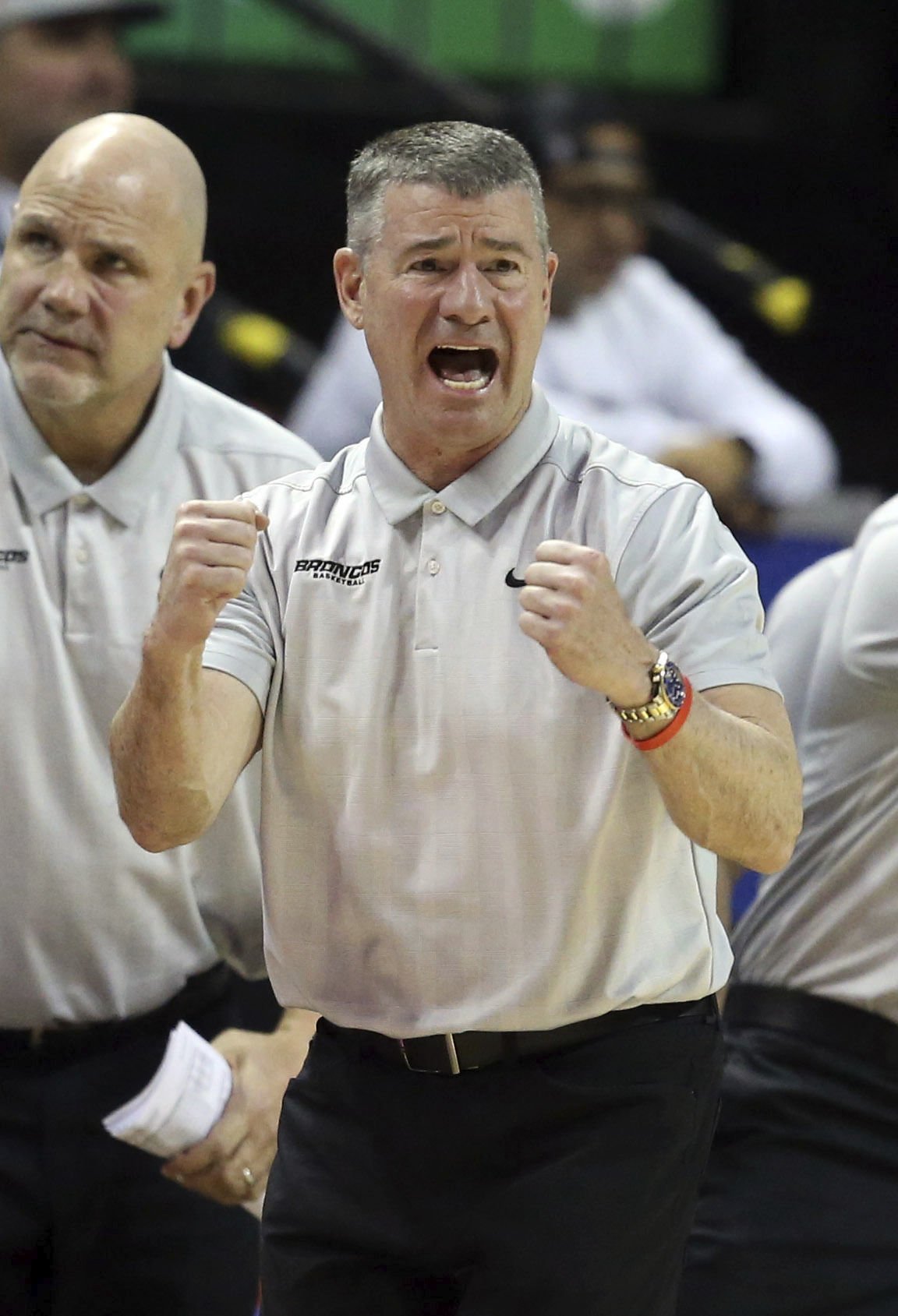 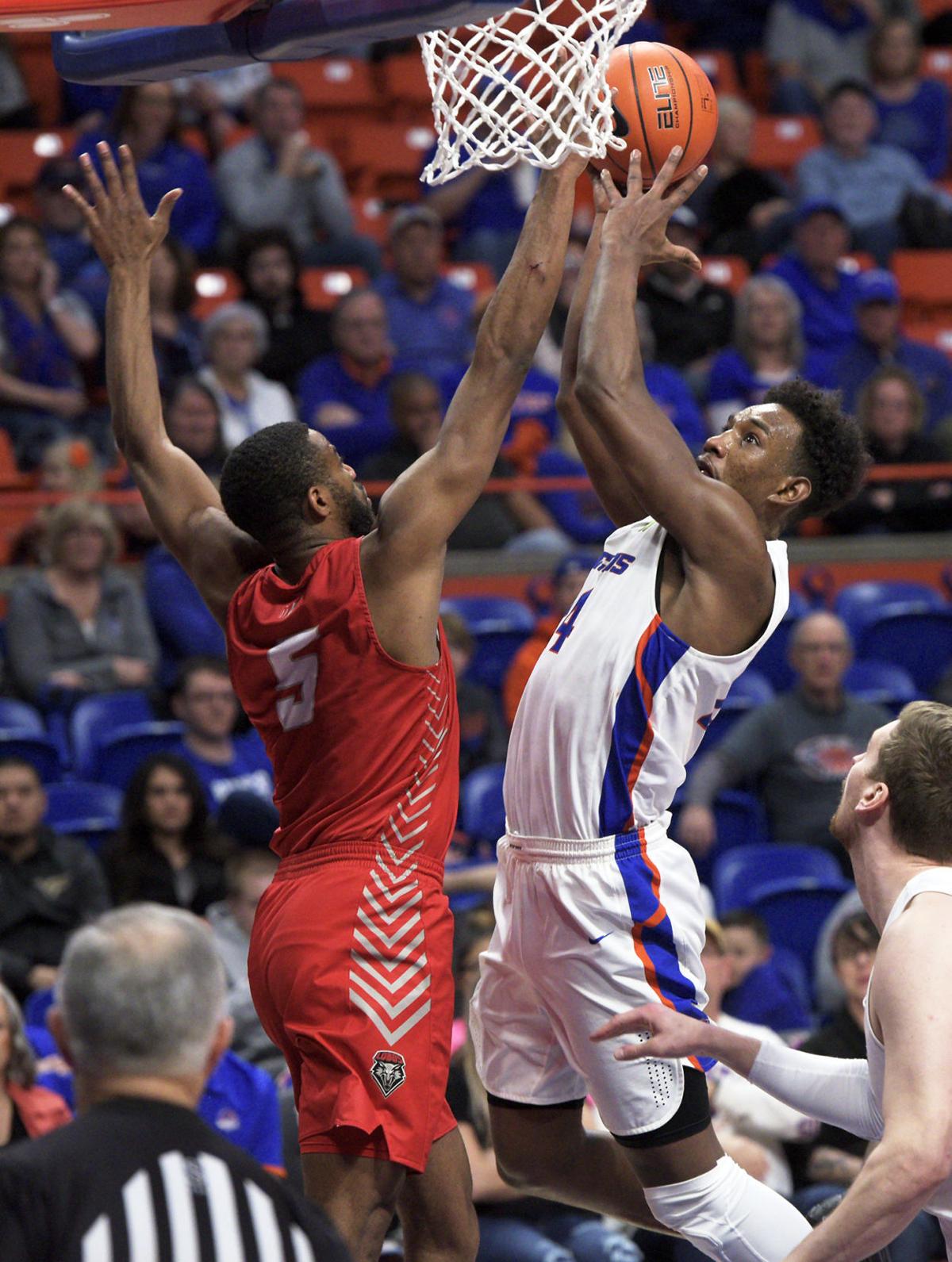 Boise State forward Abu Kigab (24) shoots the ball against New Mexico during the game on Feb. 23.

Boise State forward Abu Kigab (24) shoots the ball against New Mexico during the game on Feb. 23.

BOISE — There’s a reason Boise State men’s basketball coach Leon Rice can’t wait to get back in the gym with his team and it has nothing to do with his love for basketball or coaching or even his wife getting tired of having him around the house so much.

Next year’s team should be pretty darn good.

The Broncos will have arguably the most talented roster in program history next year, which had Rice looking ahead even during last season. Eager to get the group together and start meshing the pieces of what should be a leading contender in the Mountain West, Rice and the Broncos have instead had that momentum halted by the COVID-19 pandemic.

Figuring out lineups and combinations for a group that features five Division I transfers and potentially the preseason Mountain West Player of the Year in Derrick Alston Jr. if he elects to return for his senior season will take some time — and the Broncos are banking on still getting to do some of that this summer.

“It’s a roster I can’t wait to coach and move around and try different combinations,” Rice said Friday on a Zoom video conference call with reporters. “That’s the biggest reason why we have to get out there as a group because it’s going to take some time to figure out where all the parts go. That’s going to be the number one challenge, finding out who can play together and figuring out roles, because we’re going to have talent.”

That could soon change as the NCAA ruled earlier this week to allow men’s basketball players to return to the gym for voluntary workouts and weight lifting sessions on June 1. Rice said the group won’t all rush back to the gym on the first day, but he hopes to have them back together by the middle of the month.

Six players — Max Rice, Abu Kigab, Emmanuel Akot, Mladen Armus, Marcus Shaver and Alston — are already in Boise and will likely be the first to begin working out and using the facility on June 1. The Broncos hope to bring the other players back in waves with the goal having the full team ready for group workouts on July 1 should the NCAA vote to allow that to happen.

“We can do a lot of individual stuff,” Rice said. “And our weight room is huge. We can go every other rack and you’re not within 12 feet of somebody. … It makes sense to get them in a controlled environment where it’s our practice facility where not many people use it. It’s not open to the public. It could be a real controlled environment for them and a real safe environment, but that’s going to take some time.

“I know our administration is working on it, our health folks and our trainers, they are coming up with a criteria of how we’re going to do it and the day to day of how we’ll operate. We’re going to have a great plan. The best thing about it is we have a lot of experience on this team. We’ve got a veteran group that can handle this.”

Rice said the Broncos plan to see how the football team handles the situation and adapt from there. College basketball is the last of any major professional or college sports team to start their season, with games not slated until Nov. 10.

“They are going to trial and error some of the stuff so if we can follow their lead,” Rice said of the football team. “We can ride the coattails of that and that’s going to be huge for us.”

As for his roster and the excitement towards next season, Rice said he’s speaking about Alston “with the assumption that he’s playing on next year’s team” but admitted he is unsure which way he’ll go. The June 3 deadline to decide whether to stay in the NBA Draft or return to school was extended indefinitely due to the uncertainty surrounding the NBA Draft.

Alston would arguably be the best player in the Mountain West should he return after averaging 17.2 points per game last season. And he’d join a group that will debut four transfers that sat out last year in Emmanuel Akot, Marcus Shaver, Mladen Armus and Devonaire Doutrive.

The Broncos also bring back starters Abu Kigab and point guard RayJ Dennis, who flourished late in the season as a freshman. Max Rice will provide a 3-point threat off the bench as well.

“You have all kinds of dynamic athletes,” Rice said. “I think that brings you a level of athleticism (they haven’t had before). … I think you’ve got a team that’s going to look the part, first of all. When you kind of walk out and look at these guys you’re like wow, these are some basketball bodies and some athletes.’

“You look at our roster and we’ve got guys with experience. In the Mountain West usually the teams that are older and have more experience are the ones that are going to be at the top.”

If Alston returns the Broncos could be picked to win the Mountain West next season, but likely would be no worse than third. And that’s why Rice and the group can’t wait to get back on the court and start putting things together.

It has the makings of special season for the Broncos. And they finally are going to start getting a chance to prepare for it together.