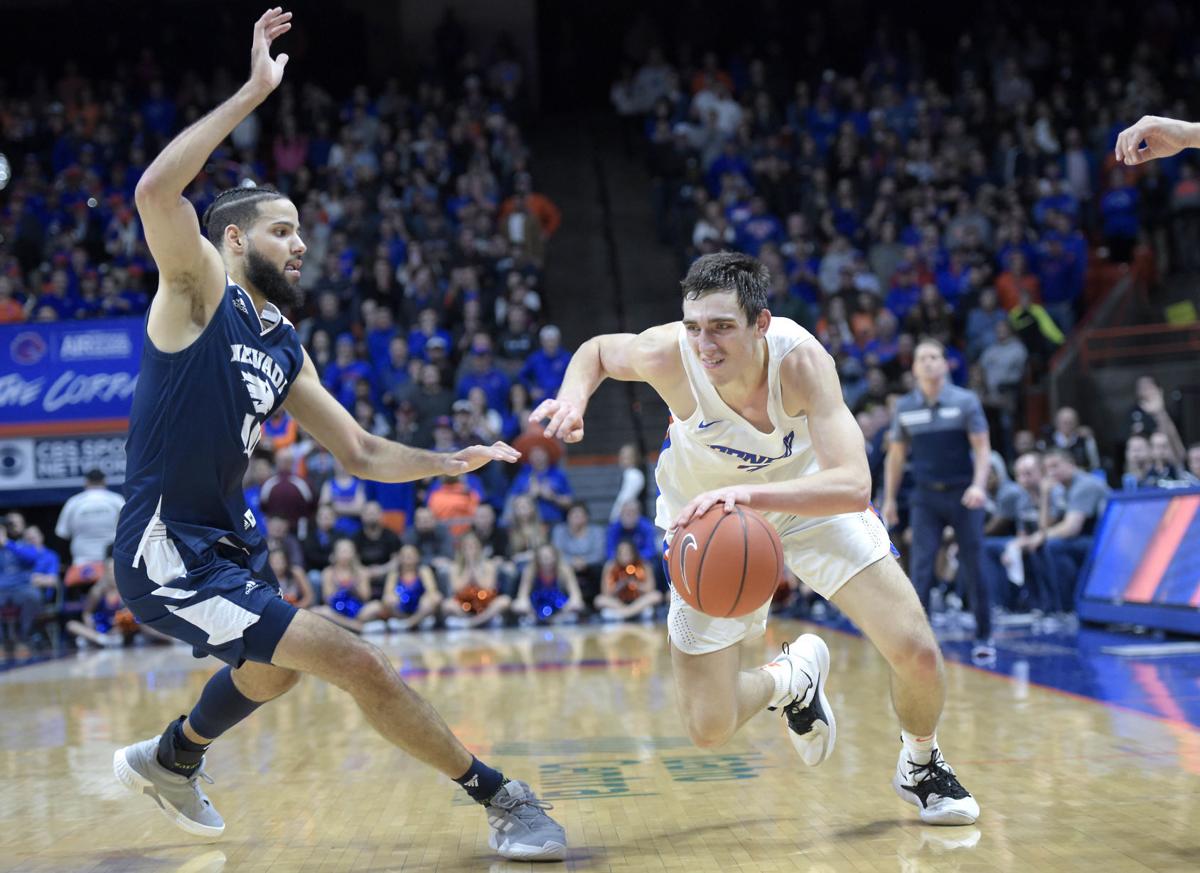 Former Boise State forward Justinian Jessup drives to the basket against Nevada on Jan. 15, 2019, at ExtraMile Arena. Jessup has signed his first professional contract to play in Australia. 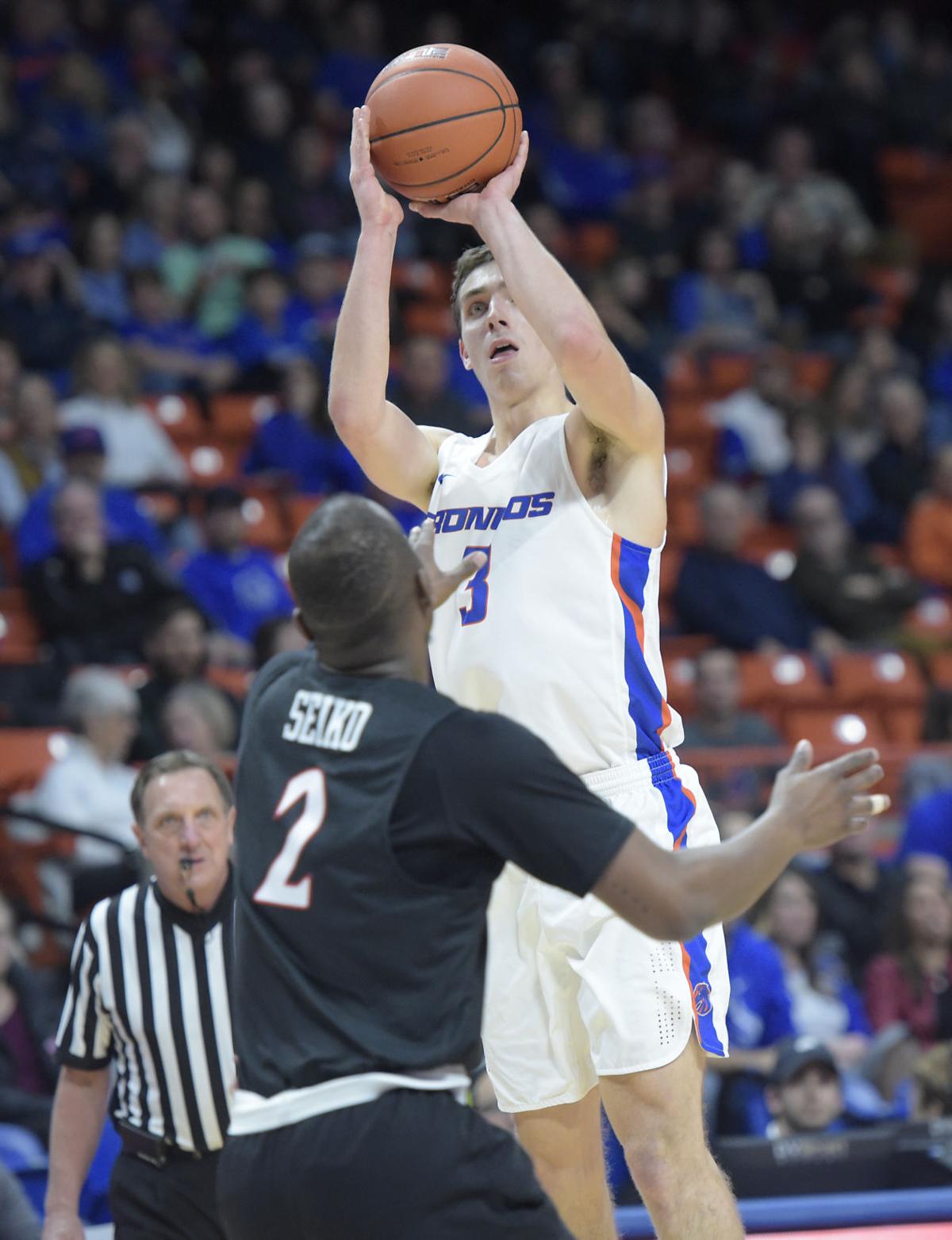 Boise State guard Justinian Jessup (3) fires off a three point shot during the first half against San Diego State on Jan. 5 at Taco Bell Arena. 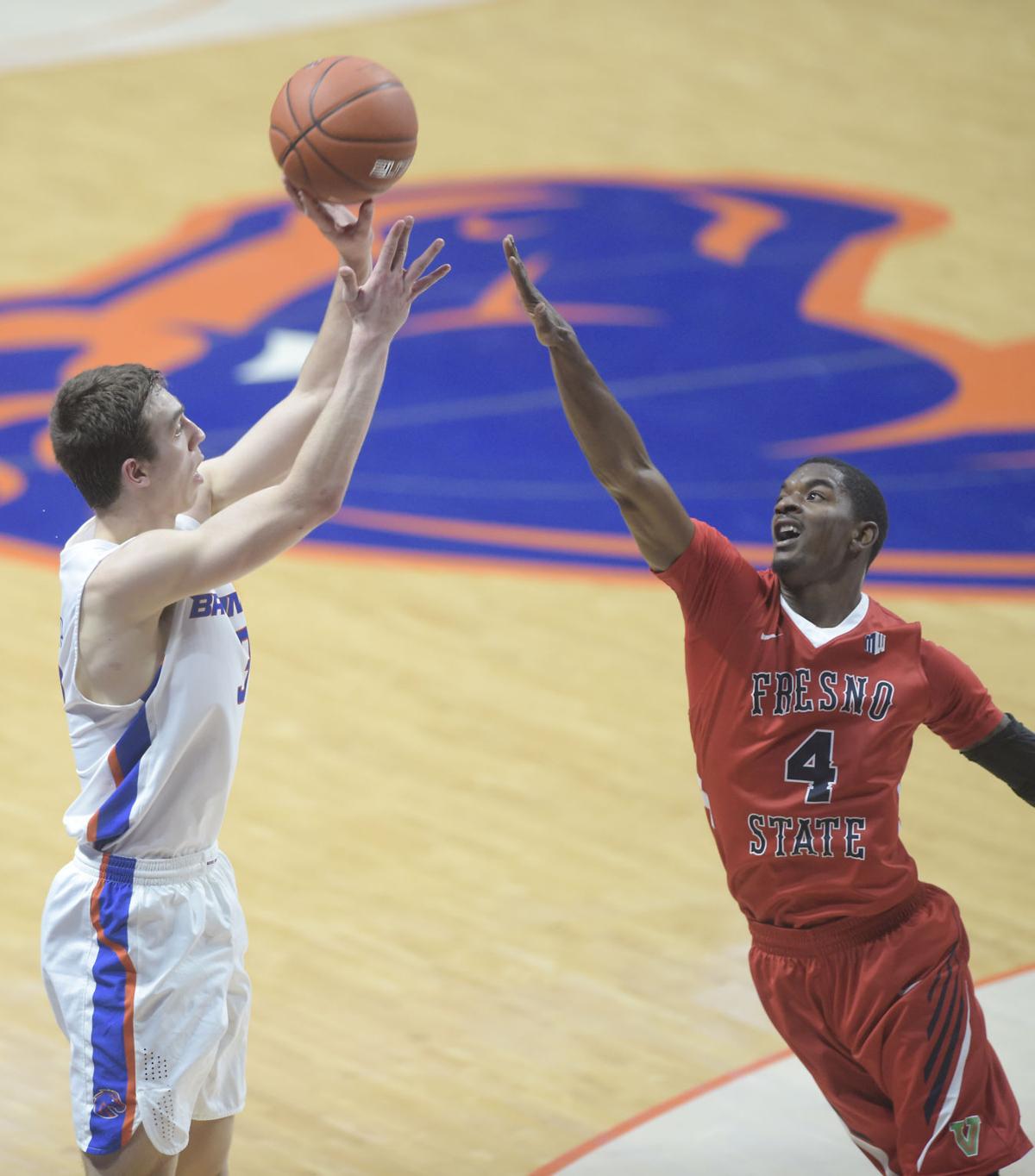 Former Boise State forward Justinian Jessup drives to the basket against Nevada on Jan. 15, 2019, at ExtraMile Arena. Jessup has signed his first professional contract to play in Australia.

Boise State guard Justinian Jessup (3) fires off a three point shot during the first half against San Diego State on Jan. 5 at Taco Bell Arena.

“I think it’s really only a matter of time,” Jessup said. “Hopefully the right opportunity comes up. I’m pretty confident with the way I work and carry myself and my skill set and how that translates to today’s game. I feel like I will definitely be in the NBA eventually.”

But that journey, at least for now, will start elsewhere. Jessup, who played for the Broncos from 2016-2020, recently signed to play in the top Australian professional league, the NBL.

He’s still eligible for the NBA Draft in October and has two options should he get drafted – leave to join that NBA team or stay and finish the season in the NBL and then join the team that drafts him next summer.

If he’s not drafted, Jessup will use the season in Australia to hopefully improve his NBA stock as a free agent next summer.

“With all the uncertainty in the NBA I was considering overseas options and this opportunity just came about and it’s a great situation,” Jessup said. “It’s a great opportunity for my development. It’s better than going to a European country because the culture shock won’t be that much since it’s an English speaking country and a similar culture to America.

“The coach I’m going to play for has the most wins in league history and the owner and the coach both have great connections with the NBA so I think it was just the best situation for us overall.”

Jessup, who will play for the Hawks in Wollongong, New South Wales, finished his Boise State career in March as one of the best shooters in school history. He set the school and Mountain West record with 325 made 3-pointers and ranks No. 2 in Boise State history with 121 games started, No. 5 with 129 games played, No. 7 with 154 steals, No. 8 with 1,583 points and No. 8 with 3-point percentage of 40.7.

The left-hander also set the school record with 98 made 3s last year and with a 95.9 percent free throw percentage by going 70 of 73 from the line.

“He will give the team a real lift offensively, being a fantastic 3-point shooter and a very good all-around player,” Hawks coach Brian Goorjian said. “He has a drive to play in the NBA and the Hawks will do everything possible to help him achieve his goal. He has a great work ethic and is an excellent teammate from all reports.”

Jessup said one of the reasons he signed with the Hawks is their pedigree of helping players return to the United States to play in the NBA. He’s part of the ‘Next Stars’ program, which targets players that likely will get a chance to play in the NBA in the near future. Both LaMelo Ball and RJ Hampton were part of the program in the NBL last year and are expected to be first round draft picks in the upcoming NBA Draft.

“With his elite level shooting ability, Justinian possesses a definable NBA skill which ideally complements the modern NBA game,” Hawks co-owner Bryan Colangelo said. “Since speculation started about Justinian joining our program, I have heard from several teams who have him on their radar and are tracking his progress in advance of the upcoming NBA Draft.

“Our collective goal this season is to get Justinian prepared for his promising basketball future by focusing on his strength and physicality while refining and enhancing his overall on-court skills.”

Jessup won 76 games during his four-year career at Boise State and was part of teams that won at least 20 games in three of his four seasons. As a senior last year Jessup started all 32 games and averaged 16.0 points while shooting 39.5 % from 3-point range. He made big strides on the defensive end and led the Broncos in steals and blocks.

Jessup has recently shown up in NBA mock drafts as a late second-round pick. He likely would have helped himself had he been able to do private workouts with NBA teams in advance of the draft, but the COVID-19 pandemic has limited the pre-draft process to just virtual interviews with teams at this point.

“The interviews have been really important, especially this year, and I feel like I’ve done a good job,” Jessup said. “I’ve tried to sell myself and be honest with what I bring to the table, obviously my shooting ability, and some teams seem to really value that. There were no workouts but the interviews have helped me I think.”

Jessup trained in Los Angeles in June and July but is currently back with his parents in Spokane, Washington. He will depart for training camp in mid-October, right around the time of the NBA Draft. The NBL season is slated to end in April.

A nice bonus for Jessup? Former Boise State teammate Riley Abercrombie is a native of the same home town where Jessup will be going, so he plans to reach out to get all of the important details about his new city of Wollongong.

Hopefully one that leads to the NBA.