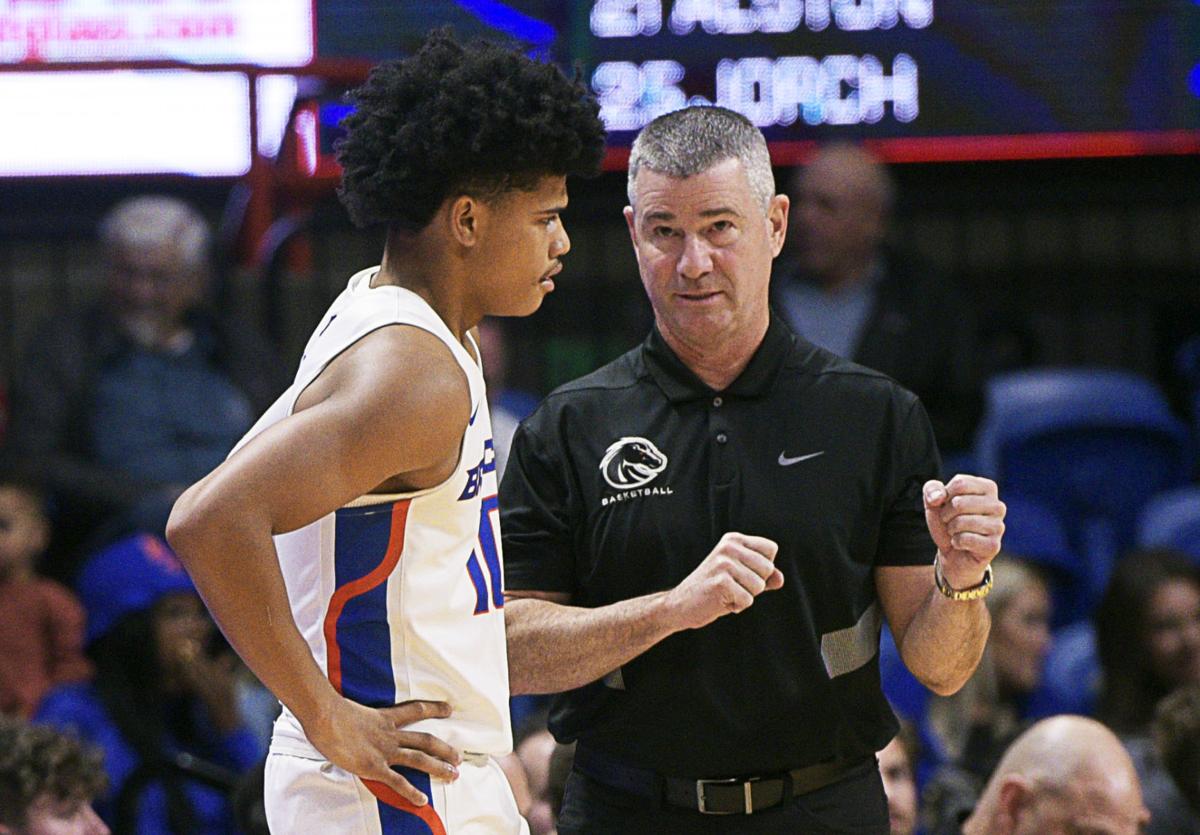 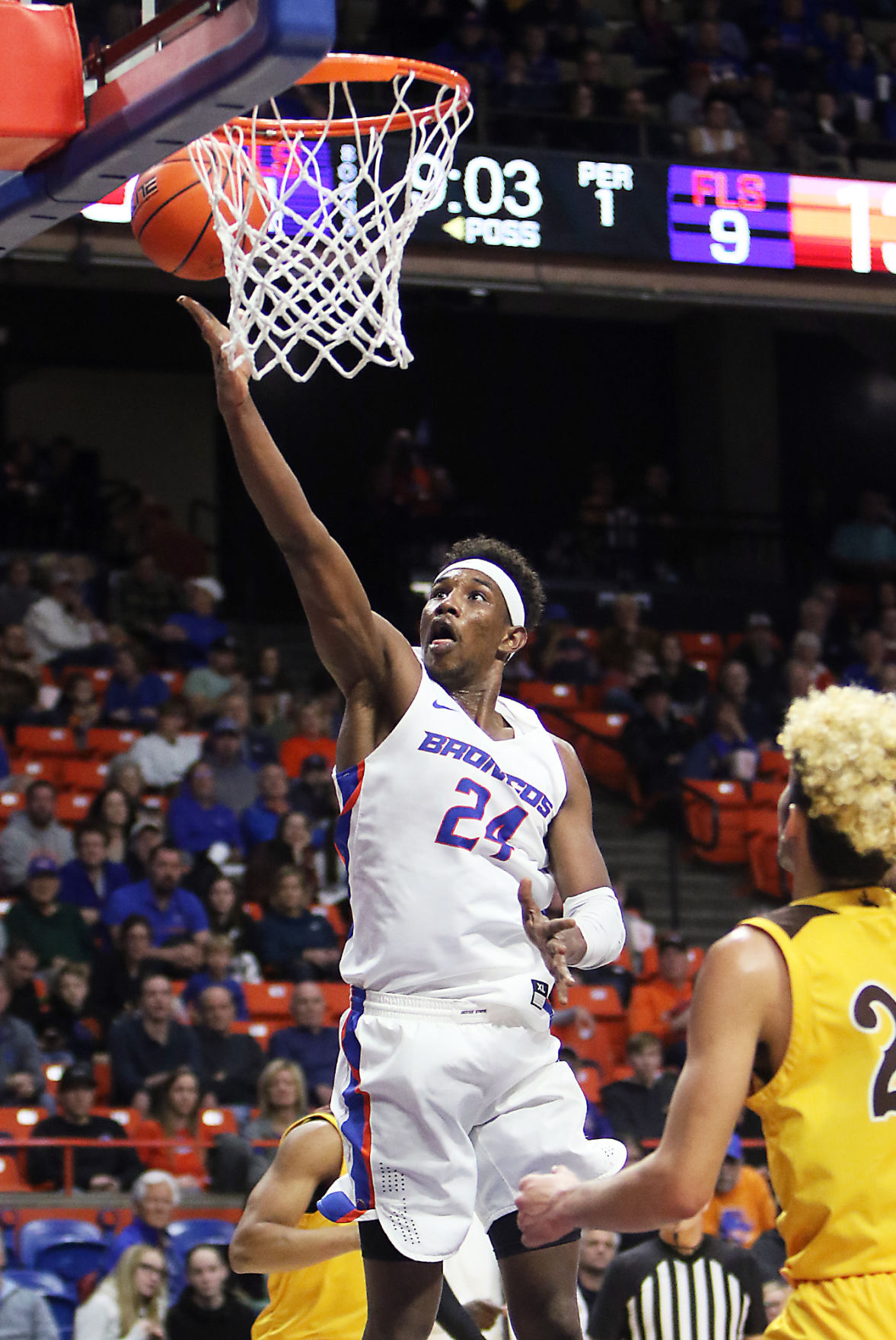 BOISE — The Boise State men’s basketball team figures to rack up a lot of wins this season. It unofficially got a big one on Wednesday.

The NCAA Division I Council announced the start of the upcoming college basketball season will be Nov. 25. It’s two weeks later than the original date of Nov. 10, but it’s still early enough that most of Boise State’s big games will likely remain intact.

The timing means the Orlando Invitational, one of the top preseason tournaments with a field including Boise State and two top-10 teams in Gonzaga and Michigan State, should go off as scheduled Nov. 26-29. It now will serve as the opening to Boise State’s season.

Other teams in the Orlando Invitational include Auburn, Saint Louis, Xavier, Siena and Belmont, providing the Broncos with multiple quality opponents early in the season.

Boise State also might look to potentially stay in Orlando after the tournament to play additional nonconference games. Seven other preseason tournaments are being moved to Orlando around the same dates due to the COVID-19 pandemic.

“We had the good fortune of being in one of the best tournaments in the country to start out with in Orlando, and now it’s the destination for 44 teams,” Rice said. “We’ll see what happens, but there may be an opportunity to pick up a game or two with all the quality teams coming in there and that’s something we’re certainly going to explore.”

Boise State had agreed to host Northern Iowa on Nov. 10 to start the season, but that game no longer will take place. A road game at BYU on Nov. 13 also is lost due to the later start date, but Boise State otherwise gets to keep many of its previously scheduled nonconference games.

Home games against Tulsa, Santa Clara and Northern Colorado are scheduled for December, as is a road game at Rhode Island. The Broncos also appear to get to keep a marquee neutral site game against Texas A&M in Houston on Dec. 18.

“We’re hoping it can be as close to that as we can keep it,” Rice said. “But you never know. Maybe some other opportunities arise? We have to be flexible and just deal with it and figure it out on the fly.”

Practice can begin on Oct. 14, and schools will have 42 days to hold a maximum of 30 practices before games begin on Nov. 25. A three-week transition period starts Monday and allows for up to 12 hours of strength and conditioning and on-court instruction per week leading into the Oct. 14 start of practice.

Rice said the Broncos will “absolutely” take advantage of that time after spending much of the previous several months doing only individual and small-group workouts.

The NCAA also voted to eliminate exhibition games and scrimmages. That impacts Boise State, which had a private scrimmage scheduled with Utah.

The start date was pushed back from Nov. 10 to Nov. 25 because more than 75 percent of Division I schools will have either finished the fall semester or transitioned to online instruction and exams by that date. That allows for less population on campus, which could help reduce the risk of COVID-19 spread during the first six-plus weeks of the season.

The NCAA also reduced the maximum number of regular season games by four, from 31 to 27, for teams playing in preseason tournaments. Those not in a tournament can play a maximum of 25 games prior to conference seasons.

If the Mountain West elects to go with an 18-game conference schedule, the Broncos will need to add one more game. If they go with 20 league games, the Broncos need to cut one game.

Teams must play a minimum of 13 games against Division I competition to be eligible for the NCAA Tournament. That number is a 50 percent cut from the current minimum of 26.

The changes also impact women’s basketball. That means the Boise State women lose a trip to Hawaii for two games that was scheduled prior to Nov. 25.

Women’s coach Gordy Presnell told the Idaho Press Wednesday he hopes to find out the plan for the conference schedule during a meeting Thursday so they can move forward with nonconference plans.

He’s heard three scenarios, including potential pods of teams meeting during Christmas break to play 3-4 conference games in a shorter amount of time.

“A lot is still up in the air,” Presnell said. “We’ll have to reschedule a few games. It’s going to be a mad scramble once we know what the Mountain West is doing. We’ll have to see who can move games from the first two weeks and who can’t.

“But it’s exciting. Our kids are really excited that we’re going to get to play. They’ve been texting me once they heard the news.”

The Boise State men have maybe the most talented roster in school history and should compete for a Mountain West title and a spot in the NCAA Tournament. The Broncos welcome four Division I transfers that sat out last season and return three starters including leading scorer Derrick Alston Jr.

The Broncos scheduled aggressively because of this, hoping to earn enough quality wins to be in contention for an at-large bid to the Big Dance come March.

Wednesday’s news means they still have the opportunity to do just that.

“This was a great day because now we have a target date,” Rice said. “And we can plan our preseason practices and when we will install stuff and we can have a plan for these guys going forward of what our September and October and November can look like.”