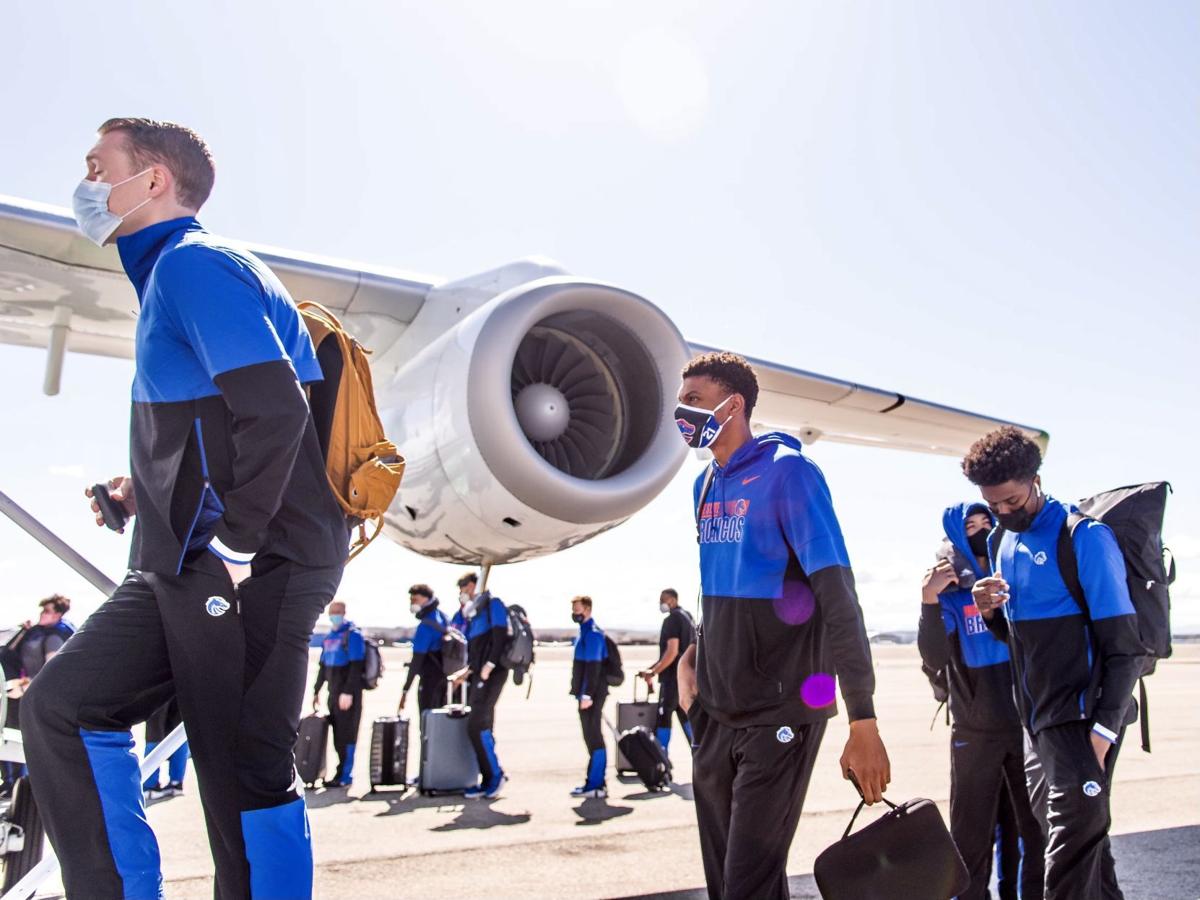 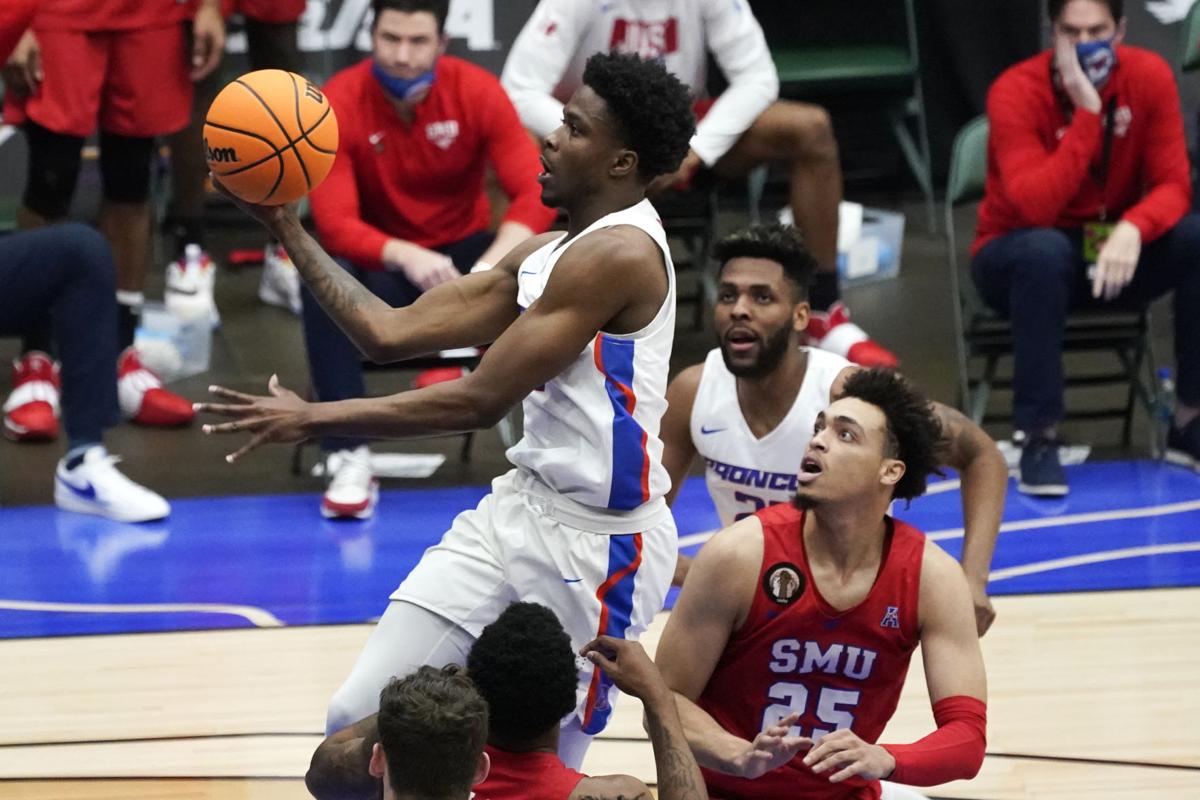 DENTON, Tex. — It’s not the tournament or game many had hoped the Boise State men’s basketball team would be playing in this March.

But just 24 of 357 Division I teams are still playing — and the Broncos are proud to be one of them.

Boise State will have the national stage to itself Thursday night when it plays top-seed Memphis at 7 on ESPN in the quarterfinals of the NIT.

The Sweet 16 of the NCAA Tournament doesn’t start until Saturday, and the Women’s NCAA Tournament finished its second round on Wednesday. So all eyes will be on the Broncos and Tigers with a chance to advance to the NIT semifinals on the line.

“When you play these kinds of games, that’s what you fight to get into,” Boise State coach Leon Rice said. “You want to give these opportunities to our guys. They are excited to play.”

Boise State had hoped to be in the NCAA Tournament and looked to be in a good position to do so before losing its final four games, including a bad home loss to Fresno State and a loss in the quarterfinals of the Mountain West Tournament to Nevada.

The late-season slide dropped the Broncos out of consideration for the Big Dance and into the NIT, where they earned a No. 2 seed. Boise State burst out to a 30-9 lead in its NIT opener against SMU last Thursday, and hung on for a dramatic 85-84 win on a putback basket from Devonaire Doutrive with 10.1 seconds left.

Some diehard Boise State fans see the season as a failure no matter what happens this week. Rice and the Broncos see it as an opportunity to finish the season with some momentum for next year — and potentially even cut down the nets and hang a banner inside ExtraMile Arena should they get three wins in the next four days and win the whole thing.

It’s an interesting thought. Making the NCAA Tournament is clearly the goal and the standard, but both Mountain West teams that did — Utah State and San Diego State — lost in the first round last week and already are moving on to next year. The Broncos, meanwhile, have still been practicing and will be featured prominently on ESPN in prime time against former NBA star Penny Hardaway and a talented Memphis team.

While it wasn’t the goal, it’s not a bad consolation prize for a team that could return its entire roster other than Derrick Alston Jr. next season.

“It’s a big opportunity obviously playing in the NIT and having a chance to win a championship,” point guard Emmanuel Akot said. “We’re just going out here and having fun playing with the guys. It’s our last week playing together so having this last go around, this last run, will be great.”

Memphis finds itself in a similar position. The Tigers were one or two wins away from making the NCAA Tournament themselves, and clearly have a roster talented enough to be playing in the other tournament this weekend. The Tigers have six former top-100 prospects and nine either four- or five star-recruits.

To compare, the Broncos have two players — Akot and Doutrive — who were top-100, four-star prospects coming out of high school.

Memphis lost two close games to Houston by a total of five points down the stretch. Boise State also lost to Houston in a season opener by 10 points, but both Akot and Doutrive didn’t play in that game and Alston didn’t score.

Boise State has the one-point win over SMU, while Memphis split two games with SMU earlier in the season.

The Broncos returned to Boise for a few days following the win over SMU, while Memphis remained in the Dallas area following its win Saturday over SMU. In fact, the Tigers were the only team of the eight remaining in the NIT not to return home prior to Thursday’s quarterfinals.

The results of the NIT are often about motivation and which team wants to still be playing. But both Boise State and Memphis appear willing and eager to still be here despite the disappointing regular season due to the same reason — wanting to make something of the year and prove they were better than the final record may show.

Jeffries said he watched part of Boise State’s win over SMU and was thoroughly impressed with what he saw.

“I watched a little bit of the SMU game when they were up 30-9 and then I turned it off,” Jeffries said. “They are a really good team. They get out in transition, they are a really big team — they have a 6-8 point guard. They have a lot of scorers, a lot of aggressive guys. They are a pretty good team. We just have to come in here with our A game.”

Memphis, which enters as a 5-point favorite, has impressive numbers across the board. The Tigers are one of the top defensive teams in the country. Expect them to press and trap the Broncos often on defense and try to push the pace once they get the ball.

A win Thursday would move the Broncos into the NIT semifinals for the first time in program history, where they’d play either Colorado State or N.C. State on Saturday afternoon. The championship game is set for Sunday afternoon, with a third-place game to follow.

Sure Boise State wishes it was playing in the Sweet 16 in Indianapolis this weekend instead of the NIT in North Texas. But for a program that’s never won any kind of postseason tournament, the Broncos can still make history over the next few days.

It starts with a big test Thursday night in the national spotlight on ESPN — a moment the Broncos are embracing.

“I expect this to be another great one,” Rice said. “We feel like we’re moving this team forward and that’s a great thing in March.”

The Idaho Press is the only local media outlet with a reporter in Dallas covering the Broncos in the NIT this week. Read the print edition of the Idaho Press, check BlueTurfSports.com and follow @BlueTurfSports on both Twitter and Facebook for exclusive content.