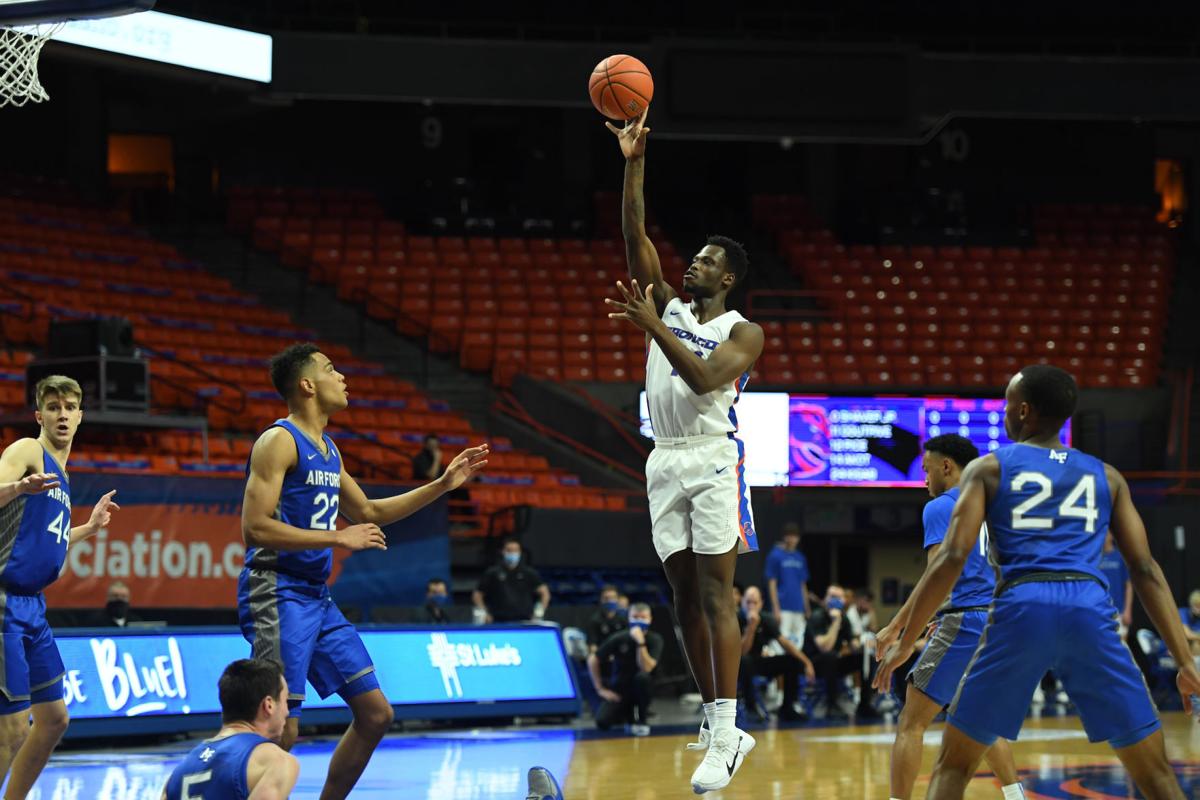 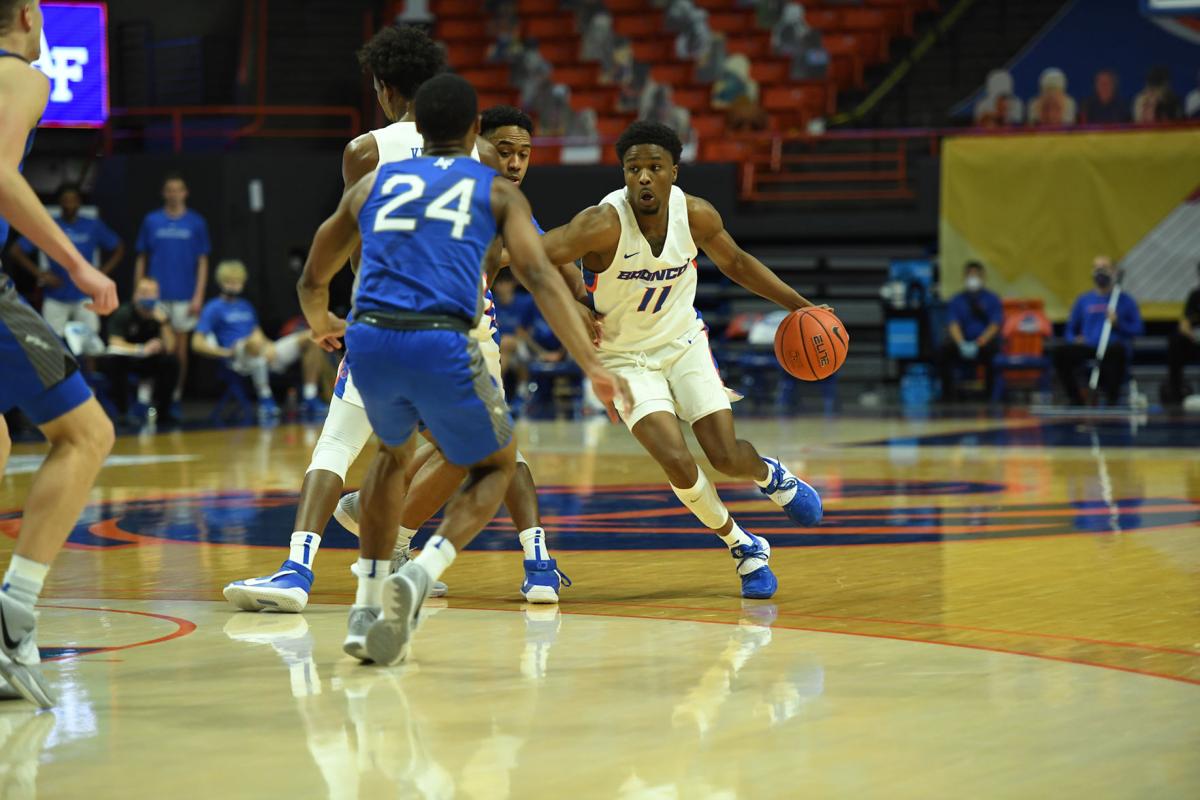 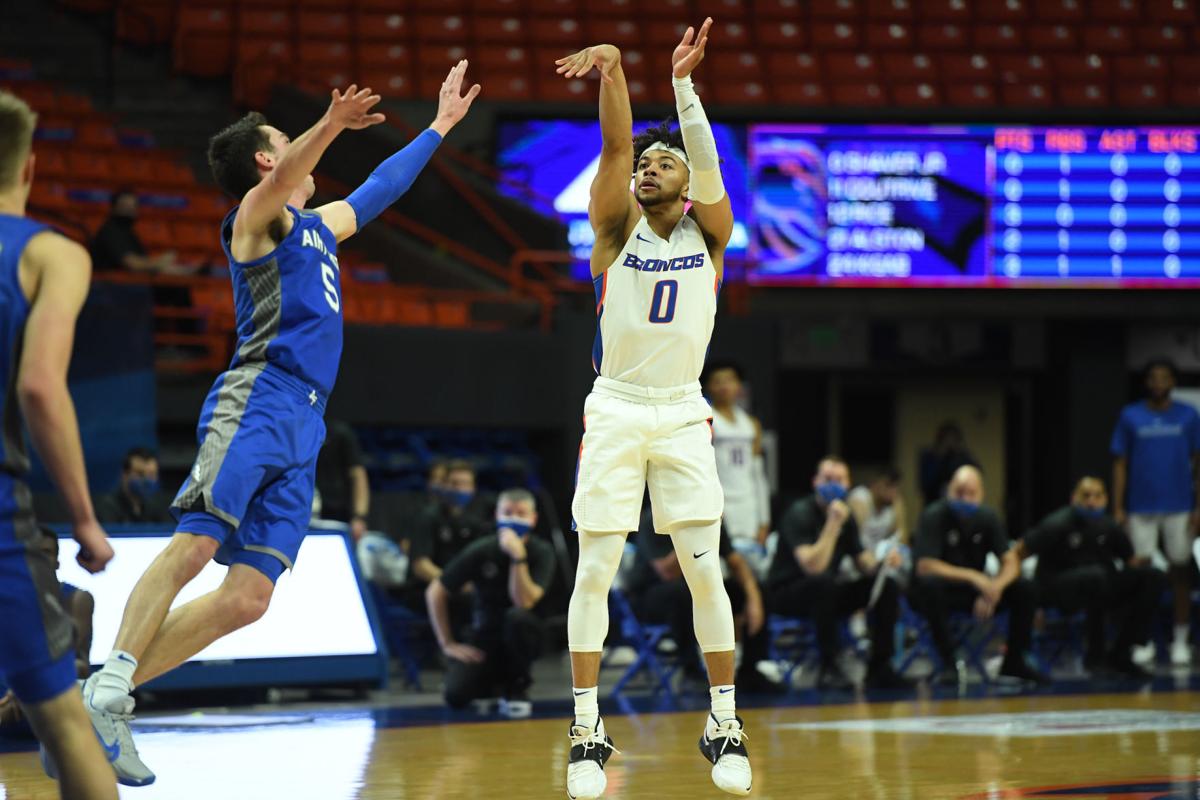 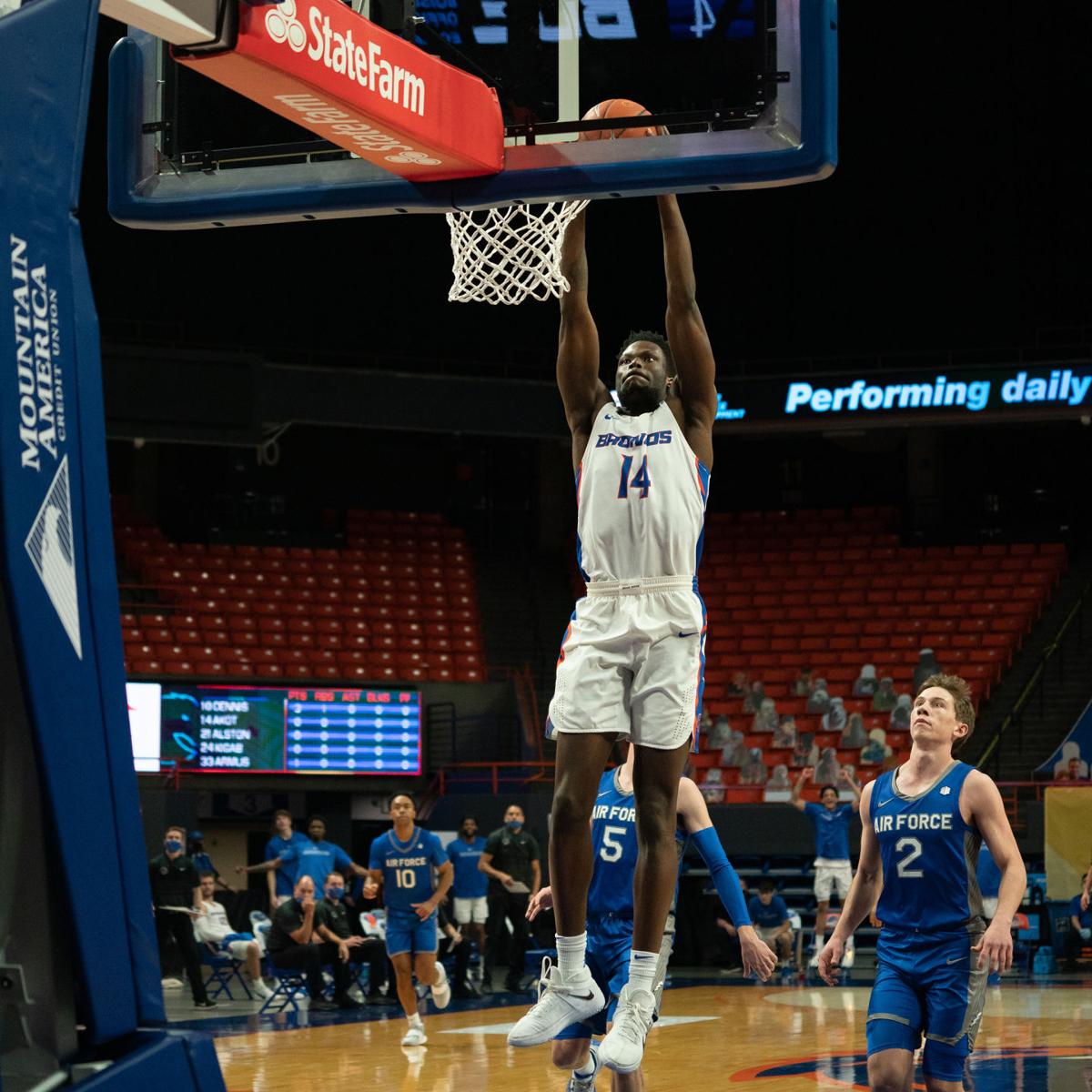 Arizona transfer Devonaire Doutrive made his debut, adding another athletic weapon to an already loaded roster, and the Broncos cruised to a 78-59 win over Air Force at ExtraMile Arena.

"We're having a great time," Shaver Jr. said. "To have all our teammates available now, it's real fun. It's a long time coming. Everybody is just taking advantage of the time we get together."

Doutrive, a former four-star, top-100 recruit, finished with eight points and a pair of highlight plays.

The 6-foot-5 guard last played more than 400 days ago for Arizona on Nov. 21, 2019. He transferred to Boise State last December but had to sit out the spring semester last season and the fall semester this year due to NCAA transfer rules. His debut was delayed another two weeks for unknown reasons.

But he finally got out there Wednesday, and it didn’t take long for him to impress. He checked into the game with 14:30 left in the first half and scored on his second possession, crossing over his defender and driving to the lane for an acrobatic layup. He added another impressive layup in the second half.

"I've seen that a lot in practice so it was something we expected from him," Shaver Jr. said. "He's athletic and can get to the rim whenever he wants and he has great vision. And nobody can stay in front of him, so he'll really help us in transition as well."

Boise State went 10 for 22 from 3-point range and had a 32-22 rebounding advantage. The win was the seventh straight against Air Force at home by at least 10 points for the Broncos.

Shaver Jr., Rice and Doutrive combined to give the Broncos 35 points off the bench. The starters only had 43 points.

"Our bench gave us a huge lift," Rice said. "Max and Shaver were 7 for 7 from 3 at one-point range and Devonaire was producing. That's nice when you can explode on a team with the bench like that."

Boise State will look to tie the school record with a 10th straight win Friday night against the Falcons in the second game of the two-game series. Tipoff is scheduled for 6 p.m. and the game will be streamed on Stadium.