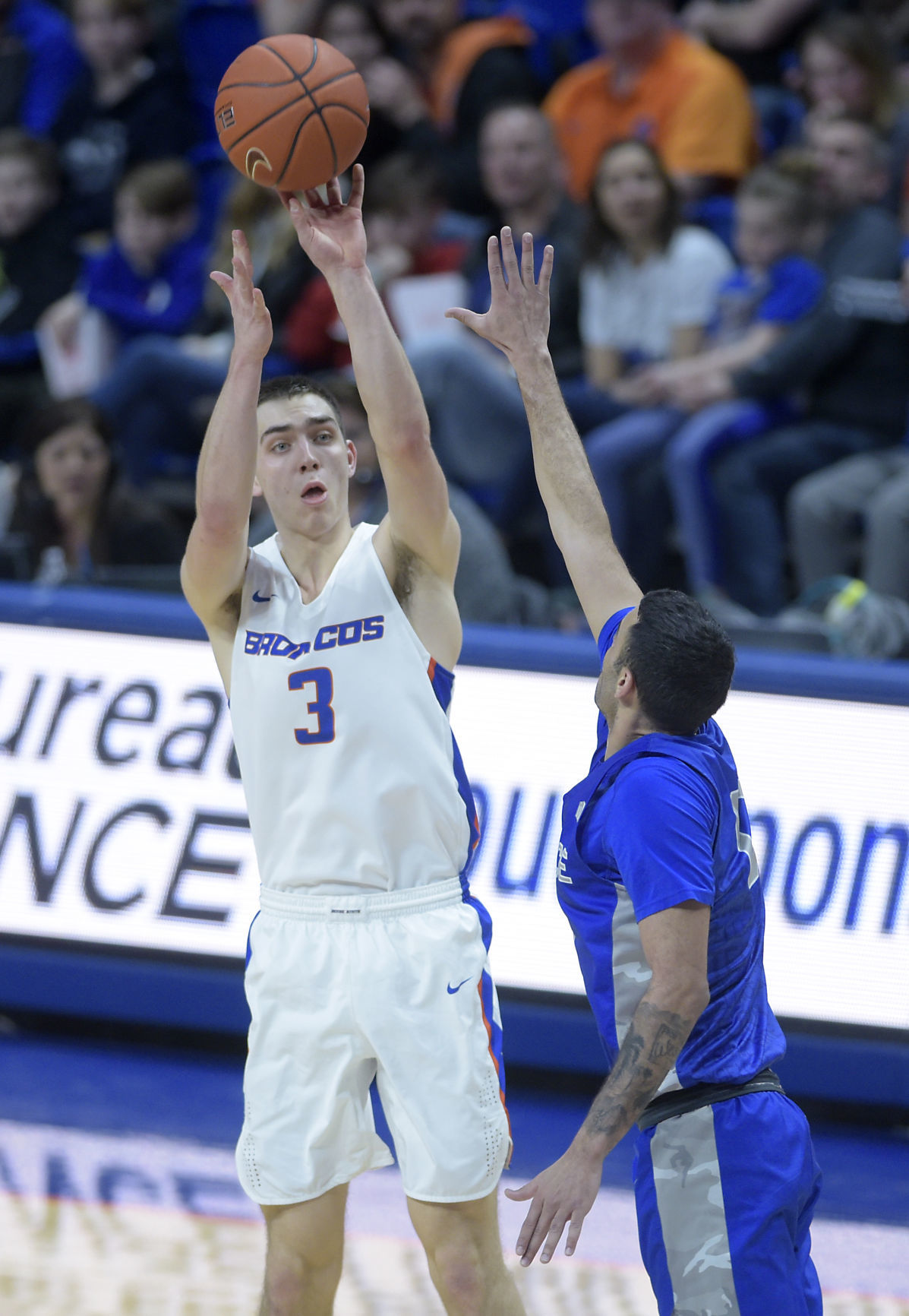 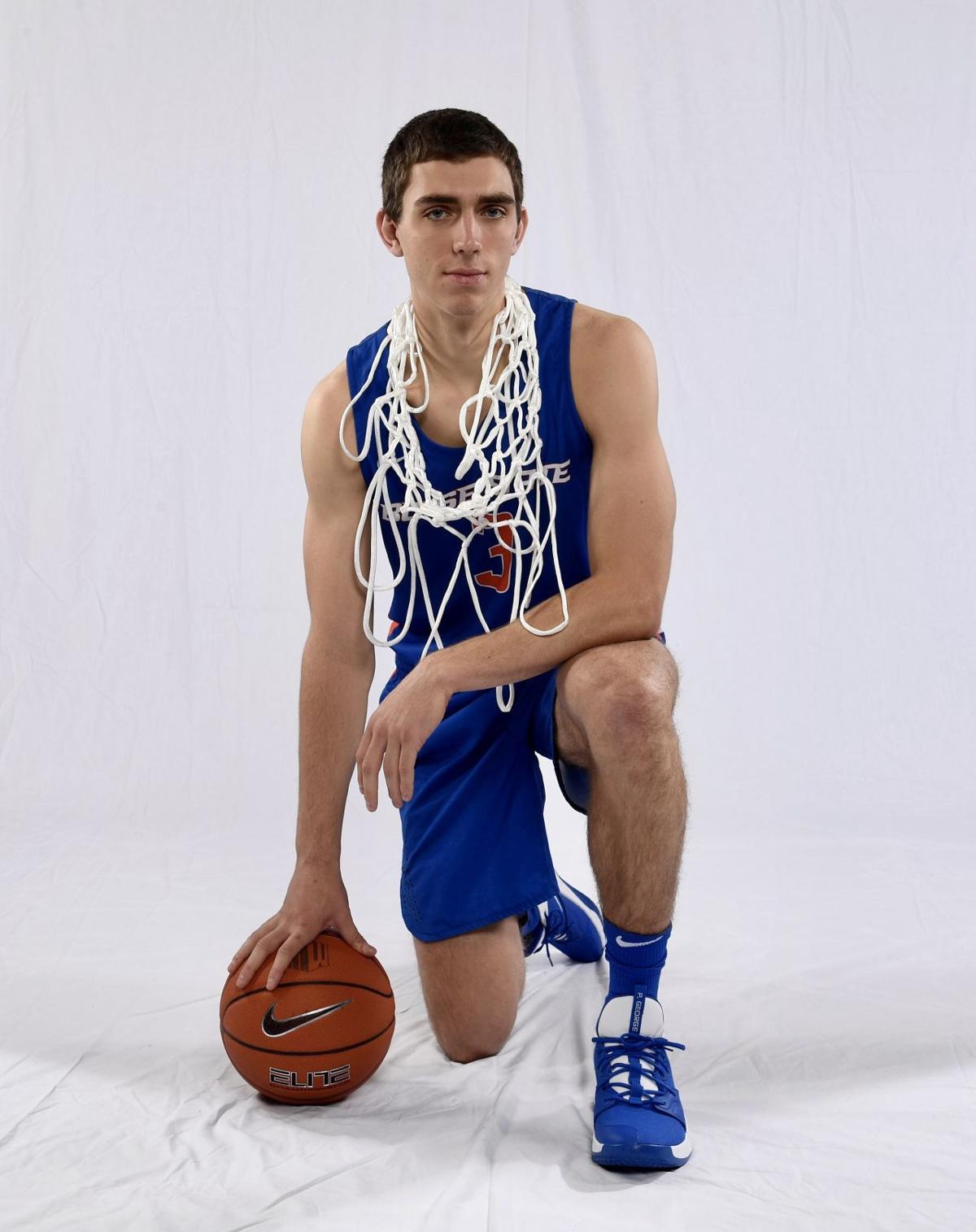 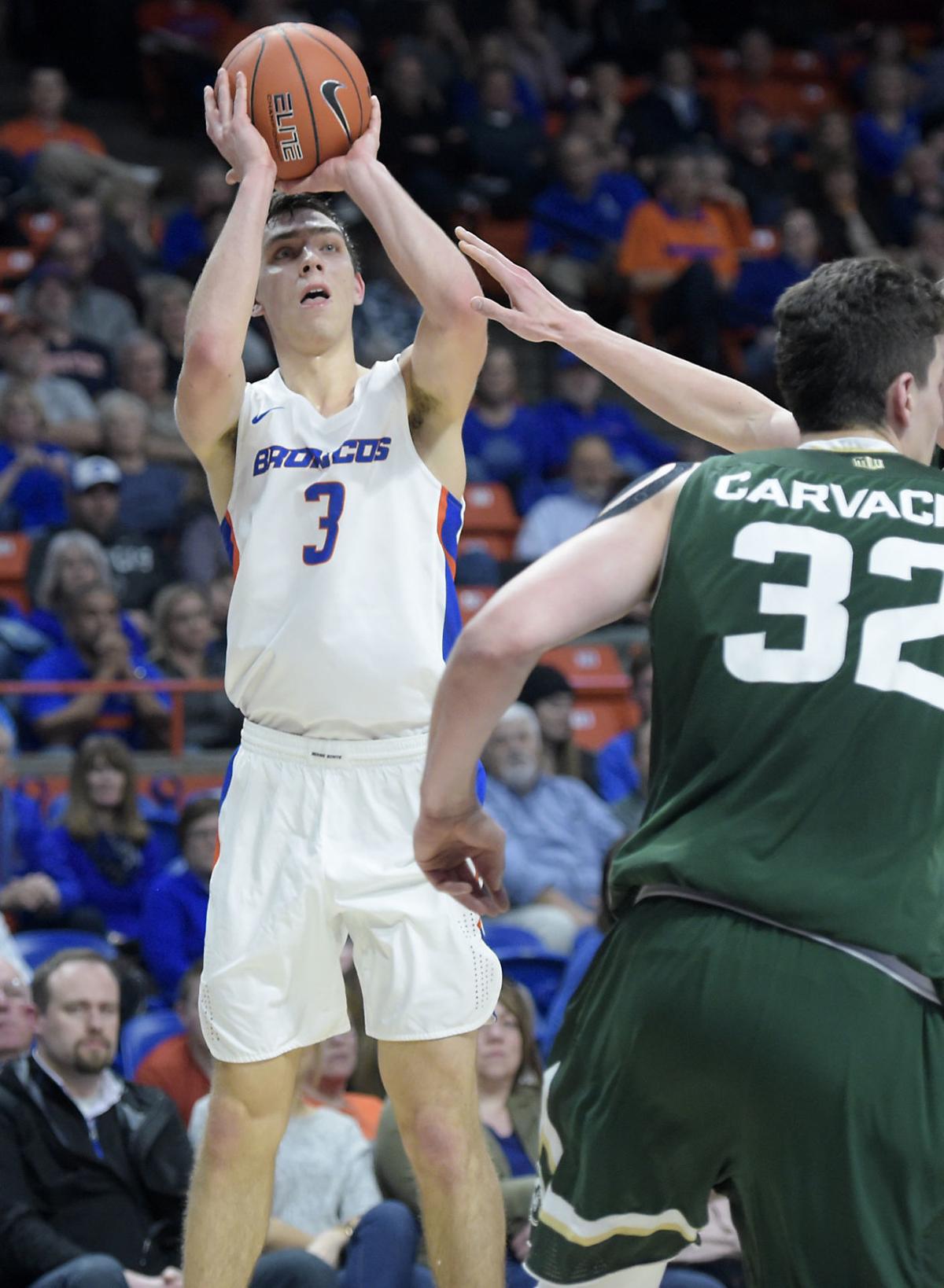 Anthony Drmic and Nick Duncan will both be in Australia. Coby Karl will be coaching the South Bay Lakers in Frisco, Texas. Abe Jackson will be watching courtside at the Lawlor Events Center in Reno.

All four will be pulling for Justinian Jessup to make history.

Jessup needs just three 3-pointers to pass Drmic and become Boise State’s all-time leader in career made 3s, and it’s possible the record could go down Saturday afternoon when the Broncos play at Nevada at 4 p.m. MST on CBS Sports Network.

And the top four 3-point shooters in Boise State history will all be paying attention.

“It’s pretty exciting honestly,” Drmic said. “I thought the record would stand a little bit longer, but he’s a great shooter so I’m not surprised by it at all. … That’s a lot of 3s, but records are meant to be broken and good for him. It shows how much work he’s put into his shot and how good he is at shooting. It’s definitely a big accomplishment.”

“It’s pretty incredible,” said Karl, who played for the Broncos from 2003-2007 and currently is the head coach of the Los Angeles Lakers’ G-League team. “It’s a lot of games and a lot of time in the gym. His ability to be on the court to shoot that many shots is a heck of an accomplishment.

“Justinian is there because Leon saw something in him, but it takes the athlete to perform. It’s a credit to Justinian and his consistency from day one. Meeting him, he just has been a consistent, even-keel guy. And his work habits, his shot itself and his balance and release, that consistency has shown over time.”

Jessup is averaging 15.5 points per game this season for the Broncos (10-5), who have won four straight games and nine of the last 12. He’s made three or more 3-pointers in seven different games this season, and has three games with at least six made 3s.

Jessup owns two of the top three single-season 3-point marks. Jackson holds the single-season record of 92 made 3-pointers during the 2001-02 season, but Jessup was right behind him with 90 during the 2017-18 season and 87 last year. With 46 made in 15 games, he’s on pace to surpass Jackson’s record.

“When you break records like that it means you’ve been consistent and good for a really long time at a high level,” said Jackson, who played for the Broncos from 1998-2002 and currently is the radio color analyst for the Broncos. “I’m 100 percent happy for him. He’s had a really good career and he’s passed a lot of people, and I was one, along the way. It’s been a lot of fun to watch him play and do this.

“That many 3s is hard, and what I like about him is he came in as a shooter but he really made a jump last year from a shooter to a scorer. It’s not just coming off screens and hitting 3s. He’s driving to the hoop, creating plays and he’s become an all-around scorer. And what makes it impressive when you hit that many shots is that teams are trying to make their defenses take you away and he’s still able to get his shot off. To make that many is a great accomplishment.”

Duncan played at Boise State from 2013-17 and was a teammate of Jessup’s for one year. He recalled when Jessup came for his recruiting visit to Boise and then-assistant coach Jeff Linder told the team that he’d end up as Boise State’s all-time 3-point leader if he picked the Broncos.

“He jokingly said I’ll bet you any money it happens, basically,” said Duncan, who lives in Boise still but is back home in Australia visiting family until Sunday. “It’s not really a surprise what he’s done. I think the main thing a lot of people don’t see behind the scenes is his work ethic. His freshman year was my senior year and he was in the gym every day getting better, putting up shot after shot.

“I think him breaking the record truly comes down to his work ethic and getting in the gym every day and just getting better. He’s reaping the rewards of that right now, and he’s got a lot of games left too to set the record pretty high. It just speaks volumes to how well he’s done and the work he’s put in.”

The Mountain West Conference record isn’t far behind either. Jessup is just 24 made 3s short of passing BYU great Jimmer Fredette for the league’s career record as well.

“To make that many 3s, you have to have some durability and persistence and toughness to keep things going for a long time to make that many,” said Boise State coach Leon Rice. “The word that just comes to mind is consistency. He’s had that consistency to keep grinding away and that’s what kind of defines Justinian. He has that ability to just keep grinding, and he’s such a competitor.”

The left-handed Jessup has started 104 games in his career, and should reach at least No. 2 for most games started in program history. He’s got an outside shot at Drmic’s record of 124 career games started should the Broncos reach the postseason.

Jessup currently ranks No. 11 on Boise State’s all-time scoring list with 1,304 points and could reach as high as No. 8.

Add it all up and he’ll leave Boise State in a few months as one of the best players in program history.

“It’s quite the accomplishment because of the guys he’s passing,” Rice said. “All four of them are on my wall of fame. You’re talking about some cornerstone guys in the history of this program that he’s passing up.

“The perspective of where he is and all that he’s accomplished here sometimes maybe is lost because of how quiet he is, but he’s done a lot of special things here and he’s meant a lot to this program.”

It’ll be Sunday morning in Australia — a 17-hour time difference — when the Broncos take the floor in Nevada. And while Drmic has enjoyed being atop the list the last four years, he’ll be happy to hear he’s been passed.

“When you get the record, obviously, it’s a good feeling and I’m sure he’ll he happy to get it,” Drmic said. “I guess I can’t go around saying I have the record anymore, but I’m proud of him for being able to break it and it shows how good of a player he is.

“It’s a great accomplishment anytime you can break a record like that at any level. It’s pretty awesome and I’m happy for him.”