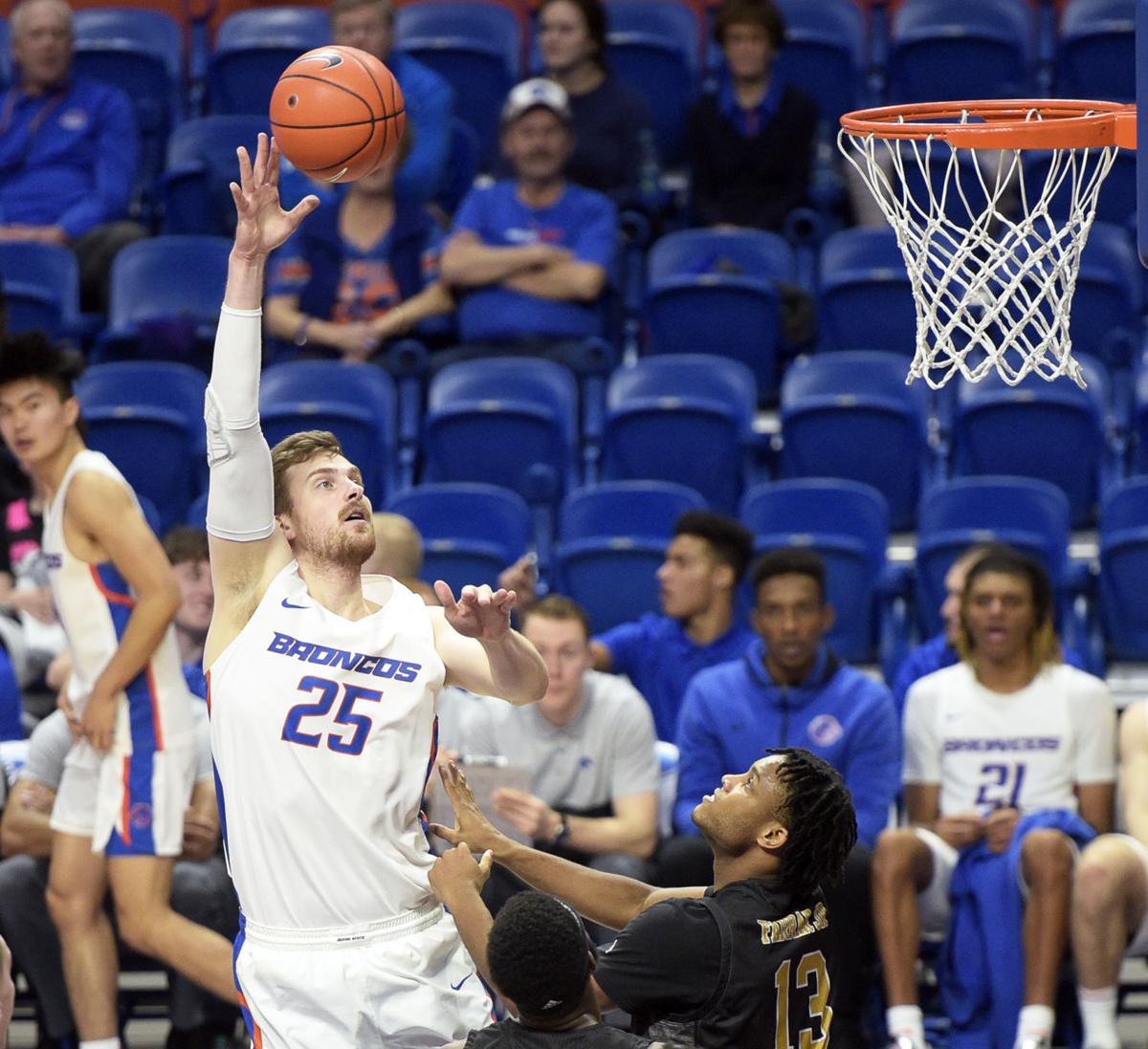 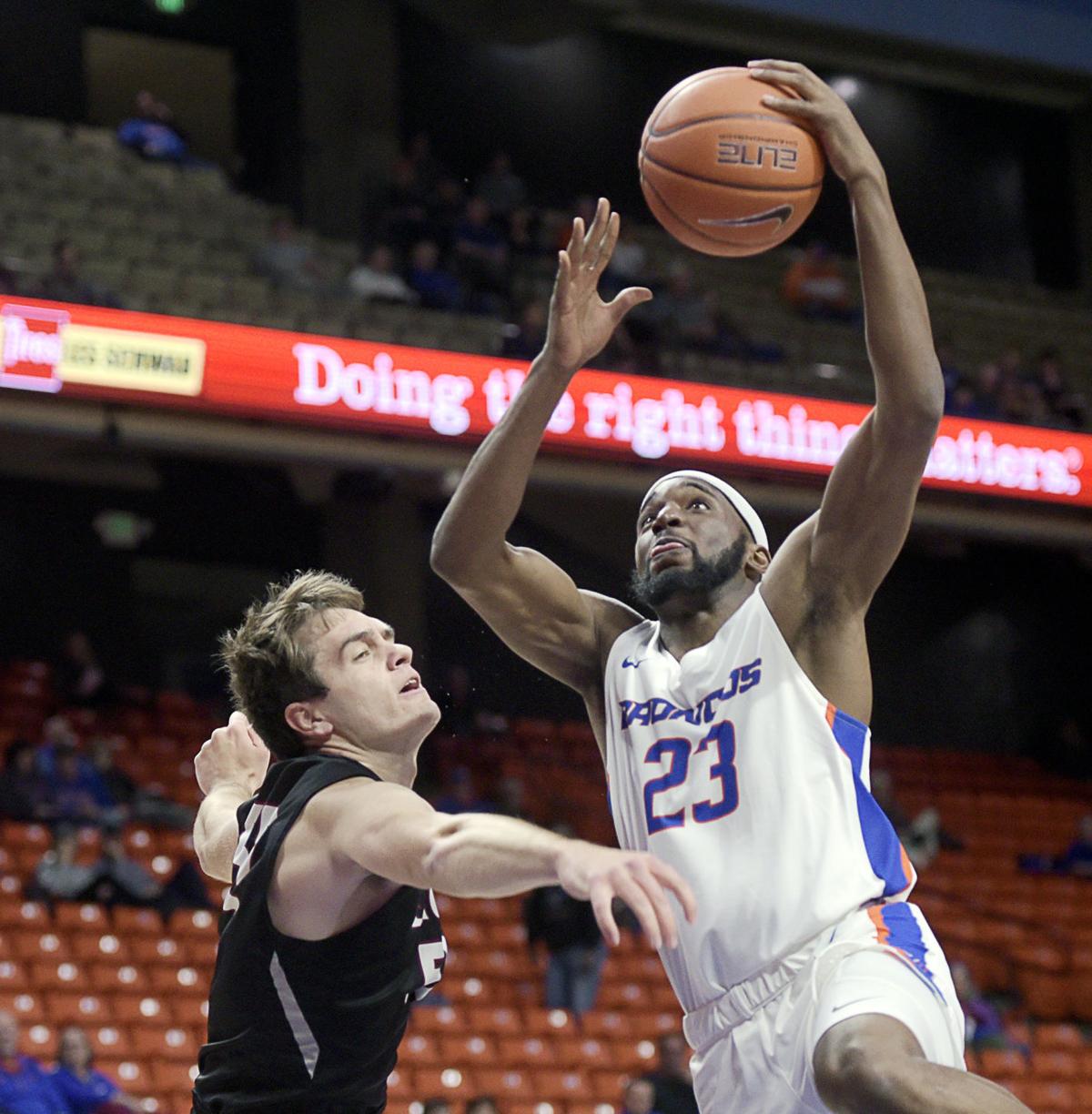 BOISE — A preliminary schedule given to the Boise State men’s basketball team over the summer had Wednesday’s home game against UNLV starting at 9 p.m. for national television.

Knowing it would be tough to get much of a crowd for a weeknight game that late, athletic director Curt Apsey and coach Leon Rice went to the Mountain West and asked for the game to be moved up. The start was ultimately moved to 7, but with a catch: it was removed from TV and instead would be streamed on ESPN3.

Boise State (10-6, 2-2 MW) is hoping the decision to give up valuable national TV exposure pays off with a big crowd at ExtraMile Arena for an important Mountain West showdown with the Runnin’ Rebels.

“We need a big crowd,” Rice said. “We had a chance to be on ESPNU but my first priority was our crowd. And so instead of being at nine, we’re at seven. I think it’s a lot better for our crowd, so we need people to come out because this is a big game.”

It’s been a struggle for Boise State to get fans inside ExtraMile Arena this season. The Broncos rank seventh in the Mountain West with an average attendance of 4,195, and only once have they had a crowd of greater than 5,000. Only San Jose State, Air Force, Wyoming and Colorado State are averaging fewer fans than the Broncos.

Fans complained last year about the high number of 8 and 9 p.m. starts for TV, particularly on weeknights, which prompted Rice and Apsey to seek a change. The Broncos have two home 8 o’clock starts against Utah State and Nevada coming up, but both are on Saturdays.

ExtraMile Arena has a capacity of greater than 12,000, but the upper level hasn’t even been open yet this season. Tickets are available for as little as $10, but as of Tuesday afternoon only about 7,000 tickets were out for the matchup with UNLV. That includes roughly 6,000 season ticket holders.

“We need it because we have each other on the court, but when we have the fans, you can do anything in the world with support,” senior RJ Williams said. “It gives us so much momentum. The noise gets the other team all sped up, it gets them flustered and fragile, so we need the crowd for sure.”

Asked what it was like when ExtraMile Arena was loud and rocking, Williams said, “Oh man. It’s an outer-body experience. You can’t even explain it. It’s like waking up on Christmas morning. It’s an amazing feeling for sure.”

Boise State’s average attendance of 4,195 would be the lowest for the Broncos since the 2009-10 season, the year prior to Rice taking over. Attendance typically goes up some during conference play, but the Broncos will already be done with three of the nine league home games after Wednesday.

Boise State has traditionally played well at home over the years, and the crowd has been a big reason why. The Broncos are an impressive 117-29 at home under Rice (80.1 percent), and the Broncos have won more than 75 percent of the 550 games played inside the building since it opened in 1982.

Boise State plays roughly 15 home games a season and it has only lost more than three once in the past five years.

And Rice is asking for a big crowd because he knows the Broncos will need it. UNLV (8-8, 3-0 MW) has won four games in a row, including a 70-53 beatdown of preseason Mountain West favorite Utah State last week.

“UNLV is playing great,” Rice said. “They are 3-0, they pounded Utah State and had a great game against Air Force. They are really, really playing good basketball and we need a great home-court advantage right now.

“It’s important for us here. We’ve had some great games here and the crowds have always helped us. We need a big one Wednesday.”

Just two years ago Boise State had 10,737 fans see the Broncos beat UNLV in overtime, 93-91. Rice would do just about anything for a crowd that big Wednesday.

“I think it’s going to be a heck of a game and we’re going to have to play a great game because UNLV is playing some really good basketball,” Rice said. “There are so many games so you never want to put it all on one game, but this is a big one. You have a team that’s at the top of the standings and playing as good as anybody.

“It’s a big game because home court is so important in league. When you look back on the league standings at the end of the year, it’s the teams that are able to hold down the fort and protect their home court that are there in the end.”

The Boise State women’s basketball team will play at UNLV at 1 p.m. MST Wednesday. The Broncos are looking to build some momentum after a 54-40 win over Nevada last Saturday.

Boise State (11-5, 3-1 MW) has won seven of the last eight games overall, but hasn’t looked overly impressive. The Broncos suffered an upset loss at Wyoming and has played much closer games than expected in some of the wins.

“We haven’t been playing very well,” coach Gordy Presnell said. “We did have a good second half the other night, so hopefully we’ll be ready to play.”

The Broncos came in with high expectations and even received some votes in the AP poll earlier in the season, but so far have struggled to live up to the hype.

“It’s a different group than we had last year,” Presnell said. “I think our ceiling is a little higher but we just haven’t been able to put it together. We did have a really good second half (Saturday). We were 15 for 27 and defended really well the other night against Nevada, so hopefully that carries over.”

The game is being played at noon local time, so roughly 3,000 elementary school kids in Las Vegas can attend the game.

“I don’t know if they will know the score, but they will be screaming like crazy,” Presnell joked.