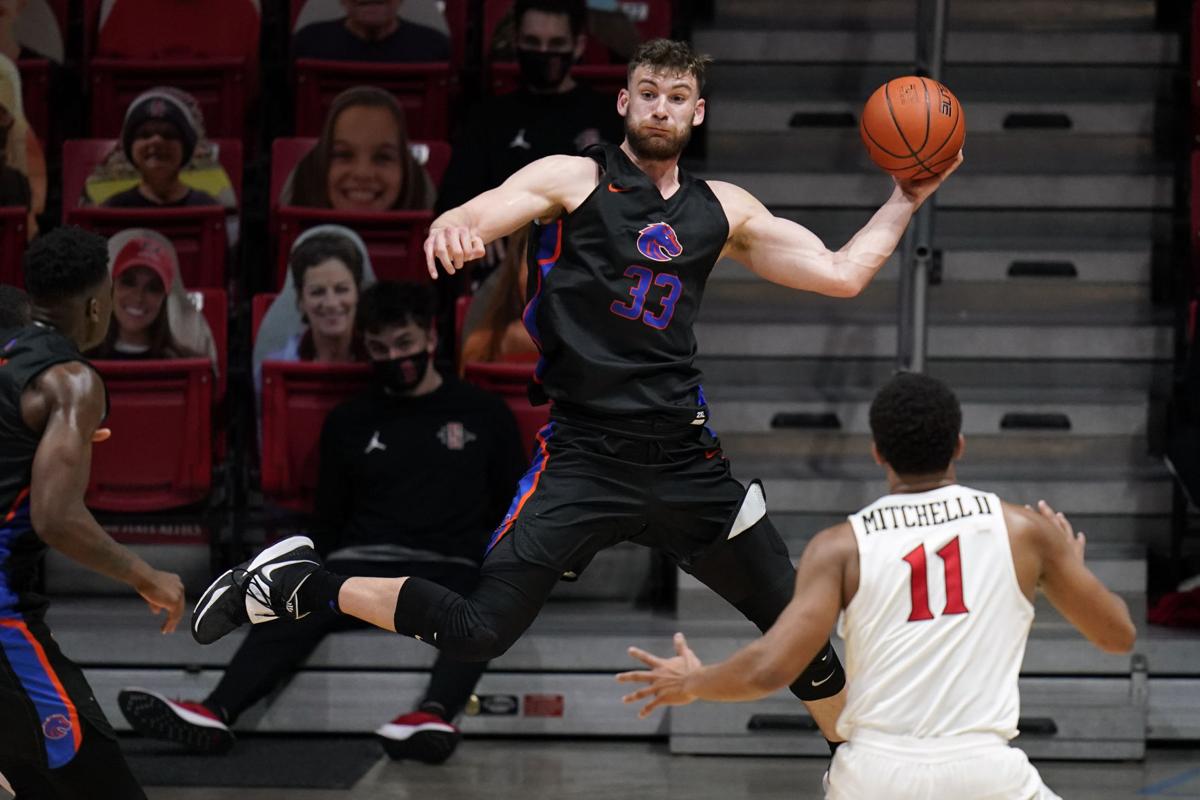 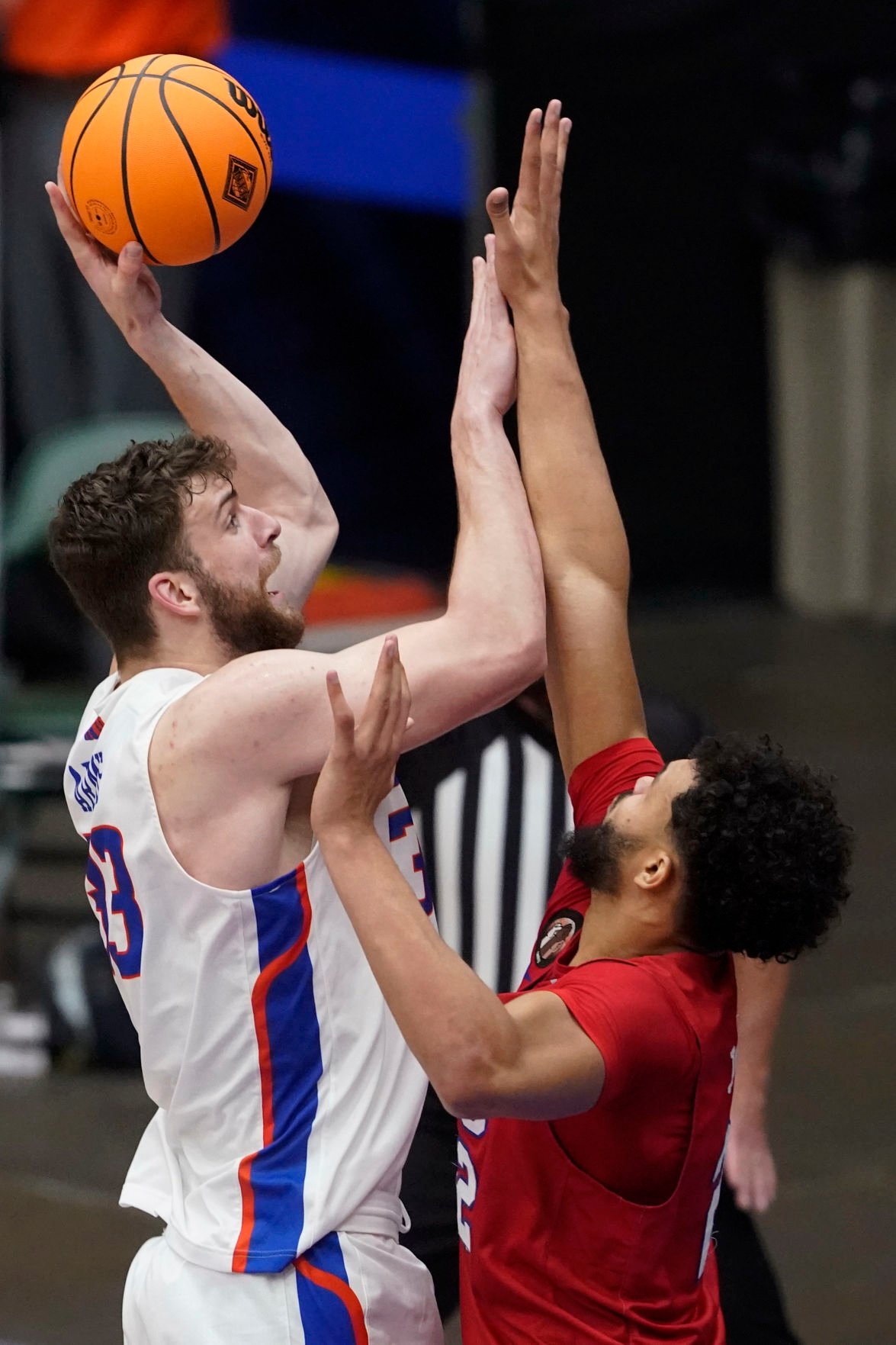 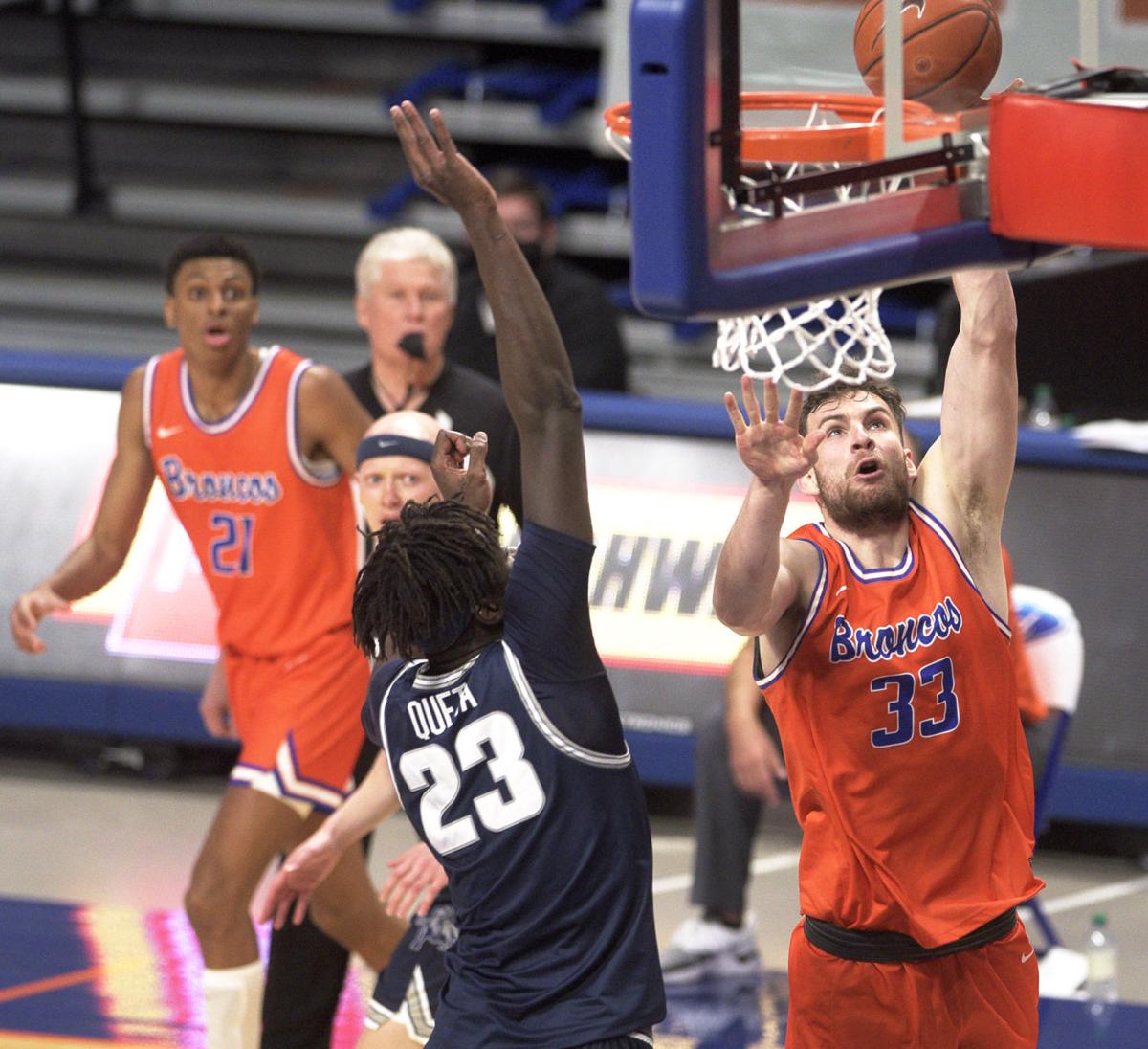 Boise State forward Mladen Armus (33) makes a layup during the game against Utah State on Feb. 19.

Boise State forward Mladen Armus (33) makes a layup during the game against Utah State on Feb. 19.

It was probably no coincidence that Boise State center Mladen Armus had maybe his best game of the season last week against SMU in the opening round of the NIT.

He knew his family was watching back home in Serbia.

With the game on ESPN, Armus’ dad Vladan and other members of his family woke up in the middle of the night to catch a glimpse of him on the big stage.

Thursday’s game against Memphis in the NIT quarterfinals is also on ESPN — so you better believe mom and pops and the rest of the Armus clan will be tuned in despite the game tipping off at 3 a.m. in Serbia.

“It makes me very happy,” Armus told the Idaho Press. “It motivates me a lot. They were able to watch some games this season but most of them not live due to the time difference. But it definitely makes me happy and excited and motivates me to give my best.”

Armus said his dad is a big basketball fan and played it himself growing up. He’s had plenty to be proud about lately with what his son has done on the court.

The 6-foot-10 center had 18 points and 10 rebounds in Boise State’s win over SMU and is averaging 8.0 points and 7.9 rebounds in his first season with the Broncos since transferring from East Tennessee State.

His biggest contribution against SMU may have been tipping a missed shot in the final seconds to Devonaire Doutrive, who grabbed the ball and scored with 10.1 seconds left to give the Broncos the lead.

“He just makes so many winning plays,” Boise State coach Leon Rice said. “The 18 and 10 is spectacular and so impressive, but it's all the other stuff — his defensive effort, ball screen defense, post defense, being able to keep their center off the glass. He just does so many other things that are valuable to winning. I think he’s a big, big key.”

Armus played two years at ETSU before sitting out last season due to NCAA transfer rules. He got off to a slow start with the Broncos, averaging just 5.1 points and 6.3 rebounds in the first eight games of the season.

But the big man got going when the calendar flipped to January. He’s upped his production to 9.5 points and 8.2 rebounds in the past 19 games.

“I saw this year as a fresh start, a new start and a new opportunity that I could take advantage of,” Armus said. “I didn’t start the season so well, but I didn’t play for almost a year and a half and it took me some time to feel the game again and find myself and my game.

“I’m feeling more comfortable, more relaxed and have more confidence in myself right now and I think that’s why I am playing better.”

Armus’ most important contribution to Boise State has been his defense and rebounding. Armus led the Mountain West and ranks 17th in the country with 89 offensive rebounds this season.

The 28 combined points and rebounds against SMU was his highest total of the season. Thursday’s opponent Memphis took notice.

“They like to give it to their big guy,” Memphis forward D.J. Jeffries said. “He kind of makes their offense go.”

Asked if he’s playing his best basketball of the season, Armus said, “It looks like that, yeah. And I feel that way.”

Maybe most exciting for Boise State fans is that Armus could have two years left in the program to improve.

“I know I can bring even a lot more than this now,” Armus said. “I am already looking forward to next season.”

But first comes a matchup with Memphis and former five-star prospect Moussa Cisse. The 6-foot-10 freshman center was the No. 25 overall player in the 2021 recruiting rankings from ESPN.

“I like challenges and I like to compete, so we’ll see how it goes,” Armus said. “I have much respect for him, but it’s basketball and anything can happen.”

On a team full of Pac-12 transfers and potential NBA prospects, the addition of Armus remained somewhat under the radar heading into the season. But he’s developed into one of the most consistent, reliable and important players for the Broncos — and he’ll play a big role in Boise State’s chances of moving on in the NIT.

“We nicknamed Mladen the beast because he’s so powerful down there,” Boise State guard Emmanuel Akot said. “He’s a force to be reckoned with.”

His family will again be watching. That’s a good sign for the Broncos.